"I look my best when I'm totally free, on holiday, walking on the beach." -Rosamund Pike

When my third-born was home from Asia last July, we had just one week to squeeze in as much summer fun as possible.

A quick trip to the Pacific coast for one night of camping was a must-do.

And so with plenty of optimism and no campground reservations, all four daughters, Gracie, and I set off for our favorite beach in the world, Kalaloch.

But despite our best efforts, the trip did not work out as planned. The campground was full. So on the advice of the ranger, we headed fifty miles north to Rialto Beach. 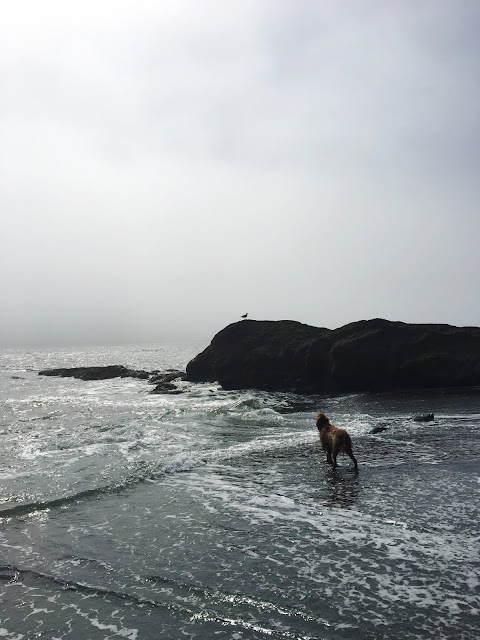 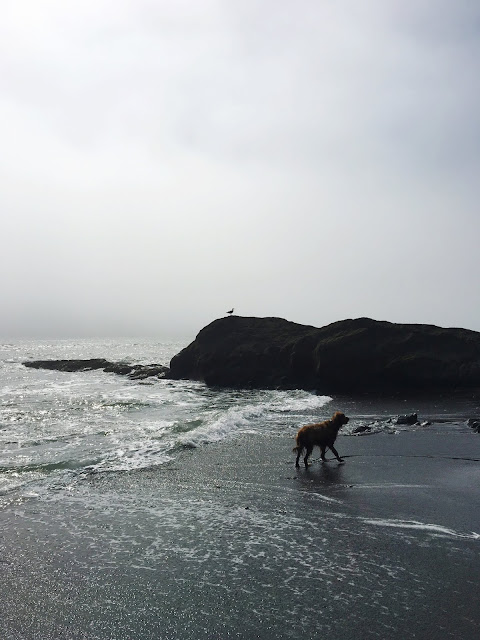 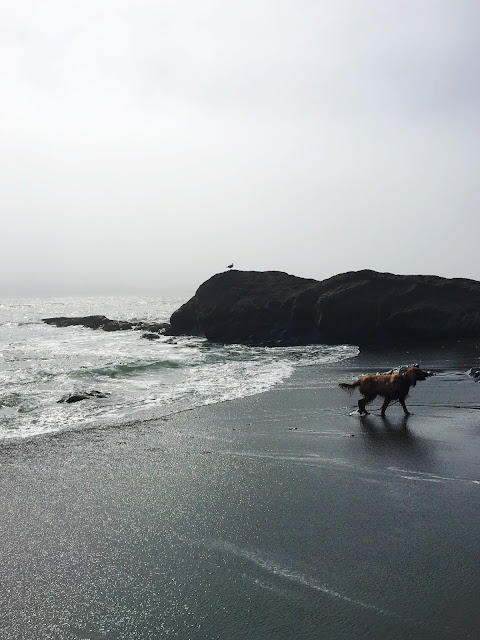 Gracie playing in the waves at Rialto Beach

^ See how we suffered?

Just kidding. Rialto Beach is every bit the rugged and picturesque slice of heaven that Kalaloch is with two regrettable differences: 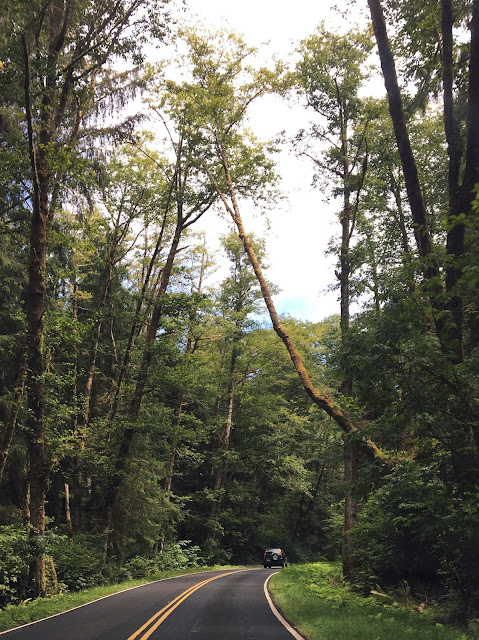 ^ 1. Rather than walking two minutes down a cute little trail to Kalaloch Beach, Rialto requires a quick car ride. Granted, it's only a mile or so from the campground. But for me, cars and camping don't mix. 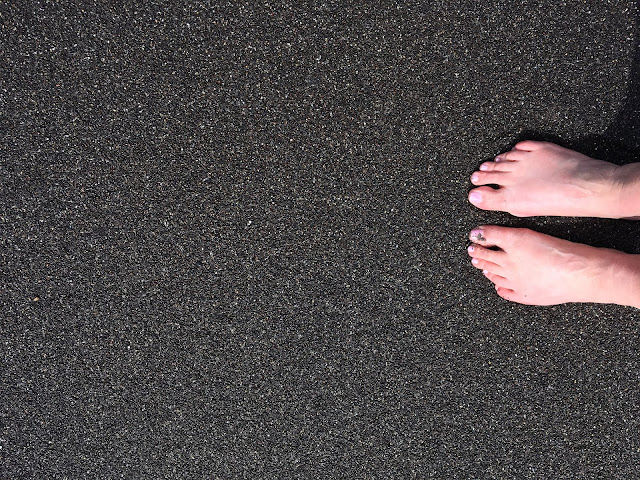 ^  2. Kalaloch Beach is sandy, and Rialto is covered with stones. Sometimes they are adorably tiny and jet black, other times they are large, grey, and tumbly. In either case, rocks are less comfortable for walking than sand, and that bums me out. 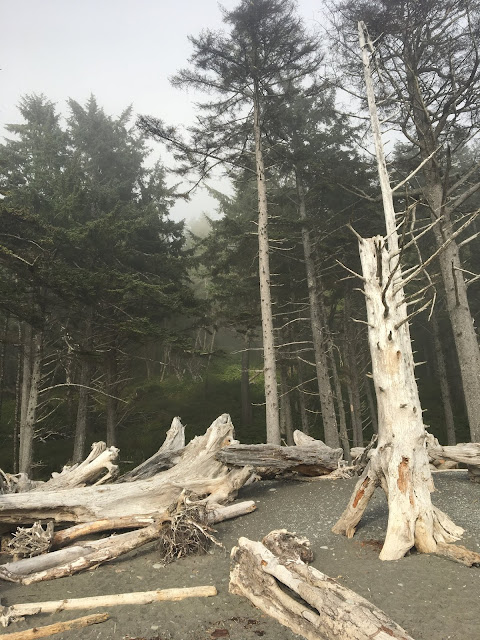 ^ However, I will take a semi-distant and rocky Northwest beach over none at all, so immediately upon claiming our campsite and setting up our gear, we headed down to the beach. 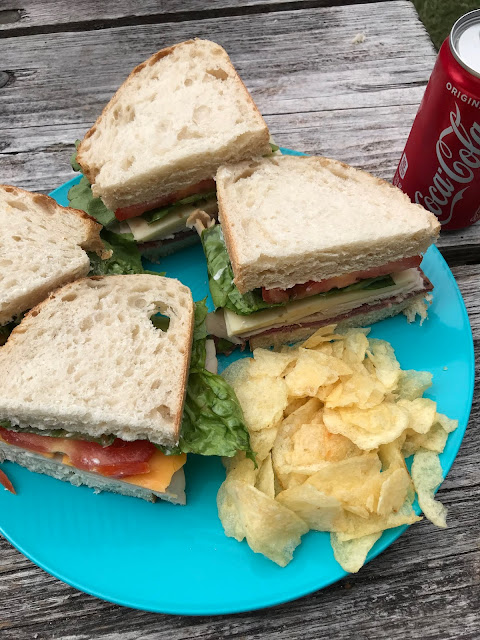 ^ Well. We ate lunch first. For my money, any meal prepared and eaten outside tastes like heaven and these sandwiches were no exception.

We parked our car at the beach and walked north. The beach was mostly level and open, bounded by crashing grey waves on one side and thick evergreen forest on the other. Though the weather was foggy and cool when we set out, the clouds soon vaporized and we shed at least some of our layers. July in the Pacific Northwest is not for sissies

After about thirty minutes of walking, this is what we found. 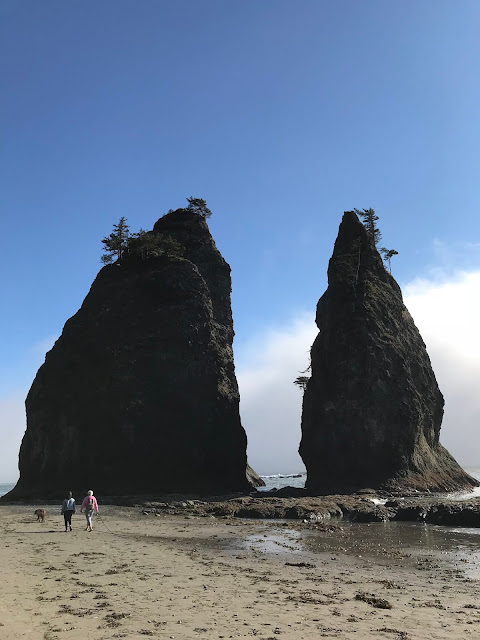 ^ Sea stacks. Huge, glorious, imposing hunks of rock left behind after wind and water eroded the land around them. All around their bases we found tide pools full of anemone and sea stars and bitty little crabs. 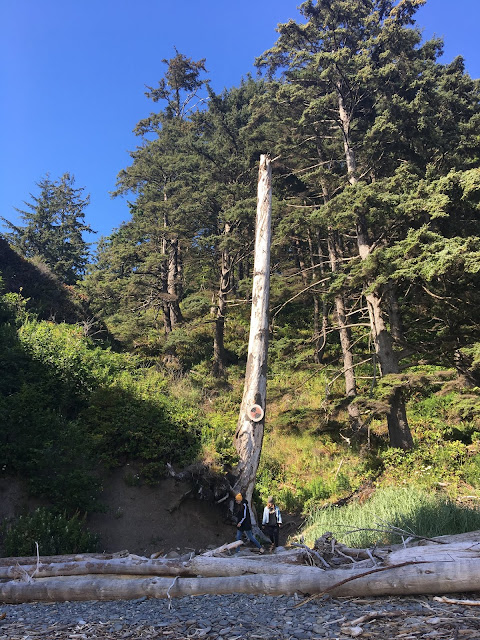 ^ At the back of the beach, we found a trail leading up the steep incline and coming out on a narrow rocky spine where the rocks are still connected to the land.

This route required more precision and care than Gracie typically affords, so we stayed down on the beach while my daughters hiked up. 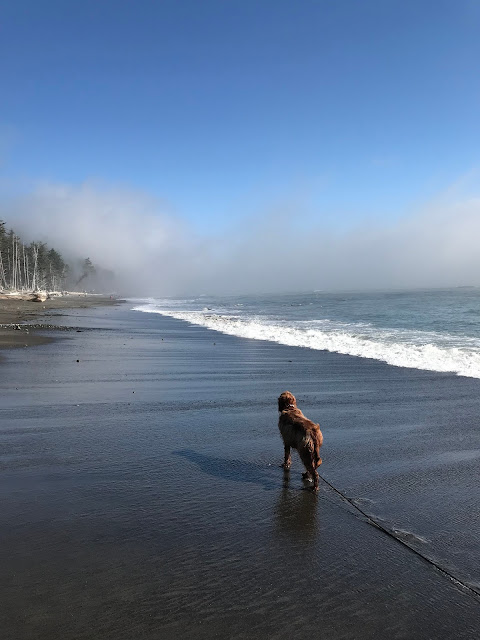 ^ Gracie enjoyed every bird-chasing, water-wading, rock-sniffing, and tide pool-gazing moment of our adventure. It's hard to imagine a happier place for dogs to play. 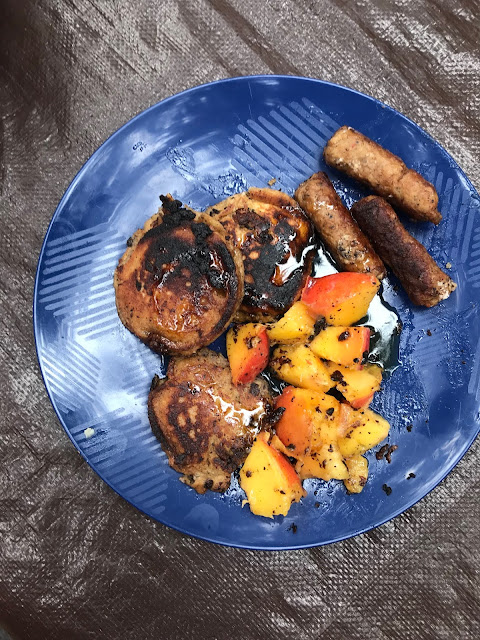 ^ Usually our camping breakfasts consist of a quick grab into the cooler for a yogurt or into our pantry stores for a breakfast bar of some sort.

But since this trip was so short, we decided to squeeze in one more proper cooked meal, a breakfast of pancakes, sausage, and sauteed peaches, covered with a nice dollop of maple syrup. Yum.

With our camp broken and the car packed, we headed back to the beach, this time for a few relaxing hours sitting among the beach logs. 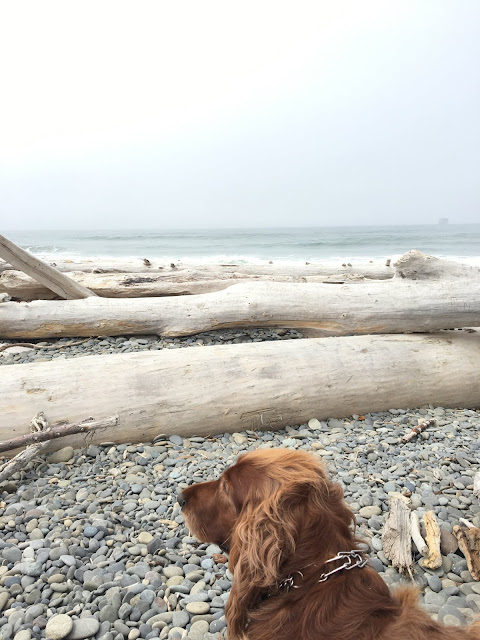 ^ Gracie was surprisingly satisfied to lie in one place and watch the humans and dogs wandering past. 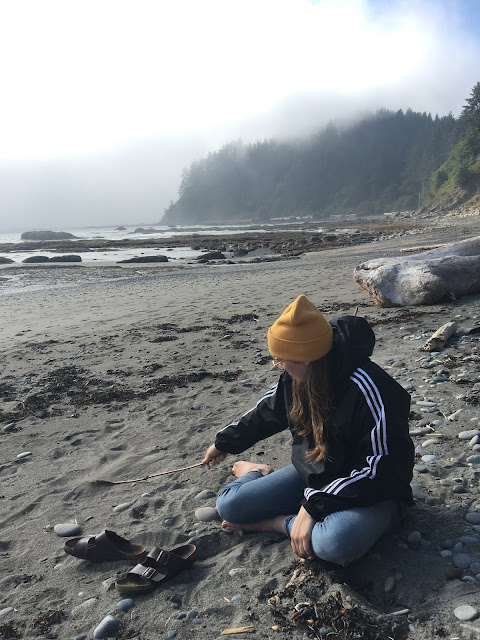 ^ We humans took photos, played with sticks and rocks, read our books, and snacked. 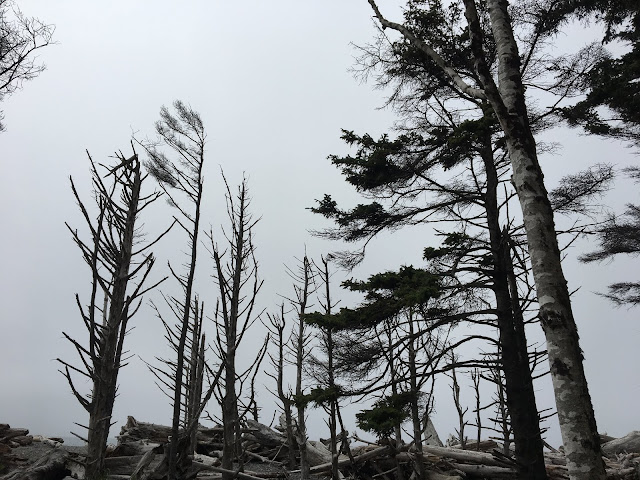 ^ When our time was up, we walked on a cute trail through this tiny ridge of sea-worn trees and found our car waiting for us. 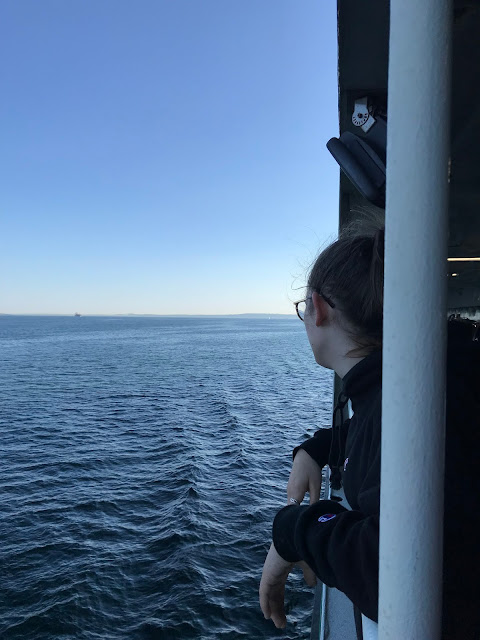 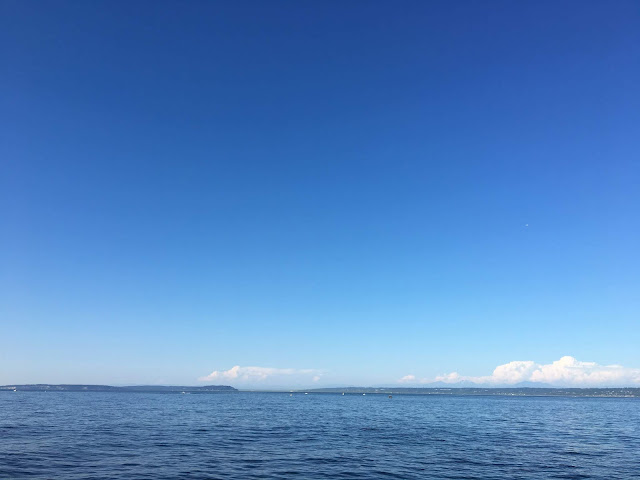 Views from the ferry on the Kingston-Edmonds crossing

And then, after winding our way across the Olympic Peninsula, we hopped our ferry for the final leg of our trip and found ourselves back home, thinking once again that nothing is finer than a day spent walking on the beach.

With Peace And New Beginnings
Heidi And I Go For A Walk
We Both Like Whidbey
The Last Day Of My Summer Vacation
Walking On Rialto Beach
Double Bluff Beach
Hiking At The Beach
Posted by Diane Streicher @ Diane Again at 1:38 AM

Email ThisBlogThis!Share to TwitterShare to FacebookShare to Pinterest
Labels: Cooking and Eating, Pet Love, Travels Near and Far