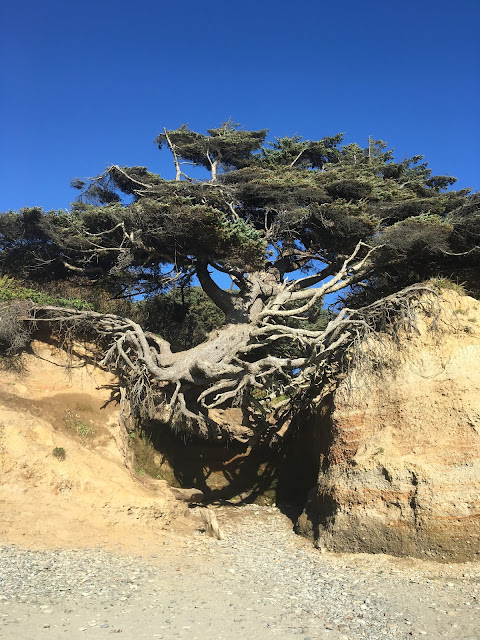 This photo is from my 2016 visit when we caught a rare break from
the familiar grey marine layer and enjoyed skies that were dazzlingly blue.

Walk toward the north end of Kalaloch Beach.

Scan the bluff  wall as you walk, and keep an eye out for the ever popular tree root cave.

Don't worry, you won't miss it. There's usually a buzz of visitors and plenty of camera activity to let you know you're in the right place. Plus there's a giant tree suspended in midair, and a big cave underneath the tree's highly visible roots. It's way cool.

After you've given yourself a proper cramp in your camera trigger finger, take a few steps farther to the north, and check out that bluff again. 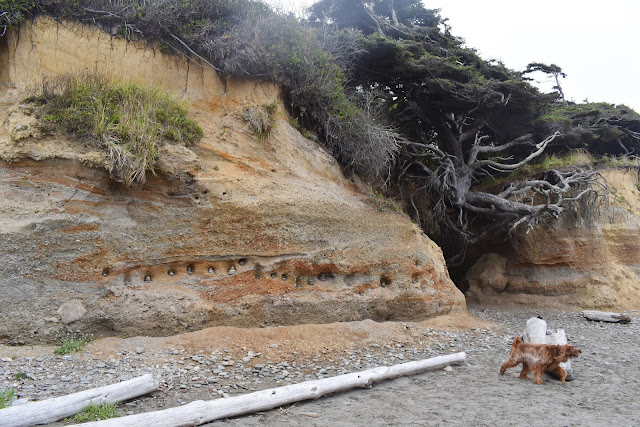 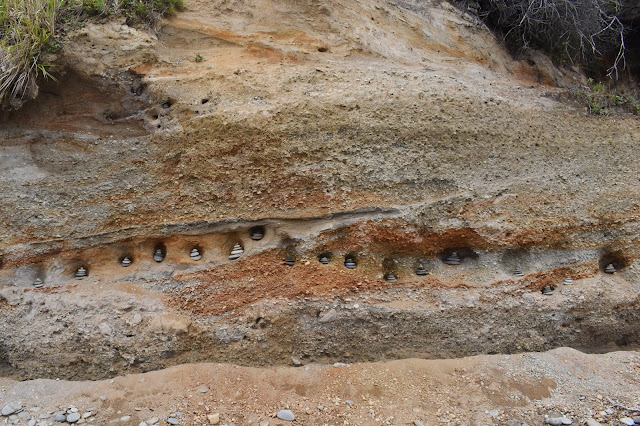 Tiny pockets carved into the sand and stone wall of the bluff. 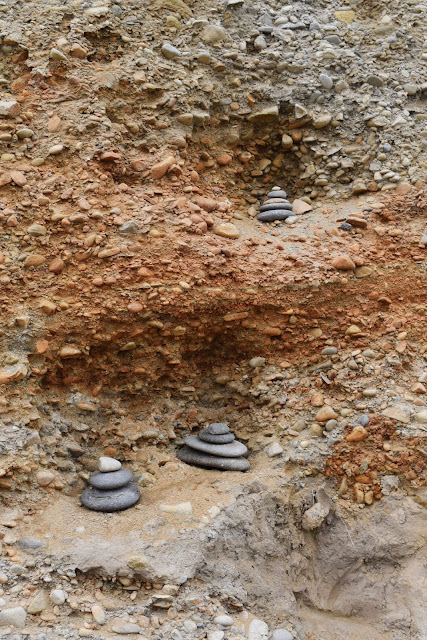 Each one sporting a little tower of balanced rocks. 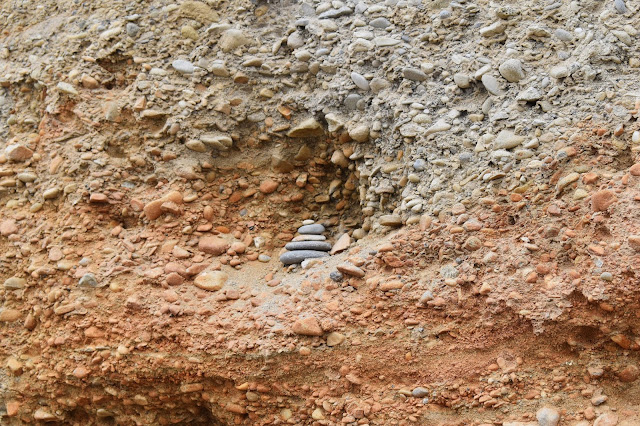 Now I've read that from nature's point of view, balanced rock towers are uncool. Every single rock on a beach could be a home to an insect or tiny creature, and disturbing even one could disrupt the delicately balanced ecosystem of the beach. Plus many consider them a messy human fingerprint on the natural landscape, a direct violation of the leave-no-trace philosophy to which most outdoors enthusiasts adhere.

And I respect that. 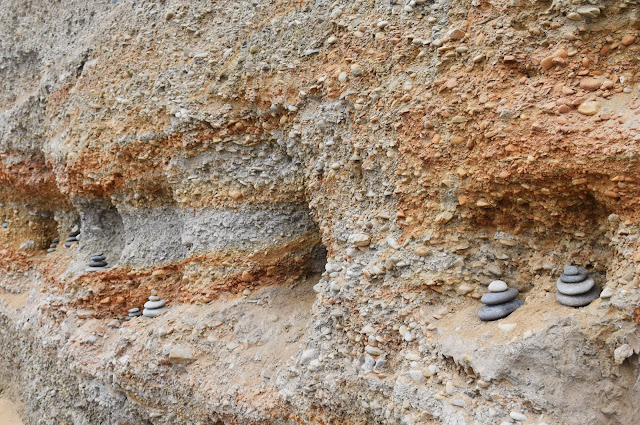 What concerns me more are these windows carved into the bluff wall. People, I do not think this happened naturally.

I can't imagine the bluff benefits from humans tunneling into the face of fragile sand and stone. Considering the forces of wind and water that work upon this surface every year, and the considerable tonnage of RVs that park up top, this seems like a science fair project calculated to accelerate erosion and create a landslide.

I'm pretty sure the National Park authorities are not down with this creative energy.

And to be honest, I felt a little guilty enjoying this little gallery of stones as I did. 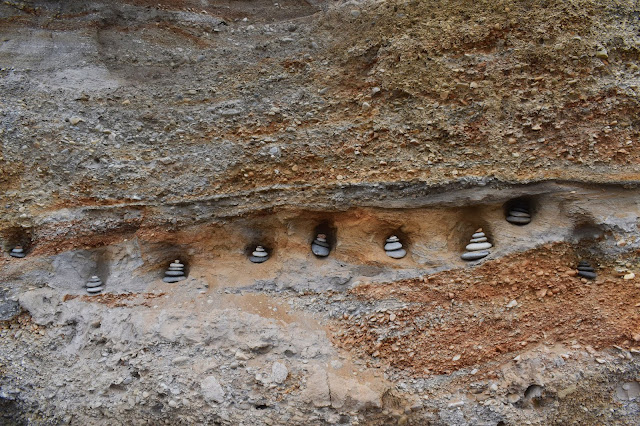 But I am a fool for art in nature, and the truth is that I simply can't help but smile at these happy rock towers in their windows looking out at the sea.

Posted by Diane Streicher @ Diane Again at 2:37 AM