Two minutes ago, I opened an email from my second-born and this is what I found: 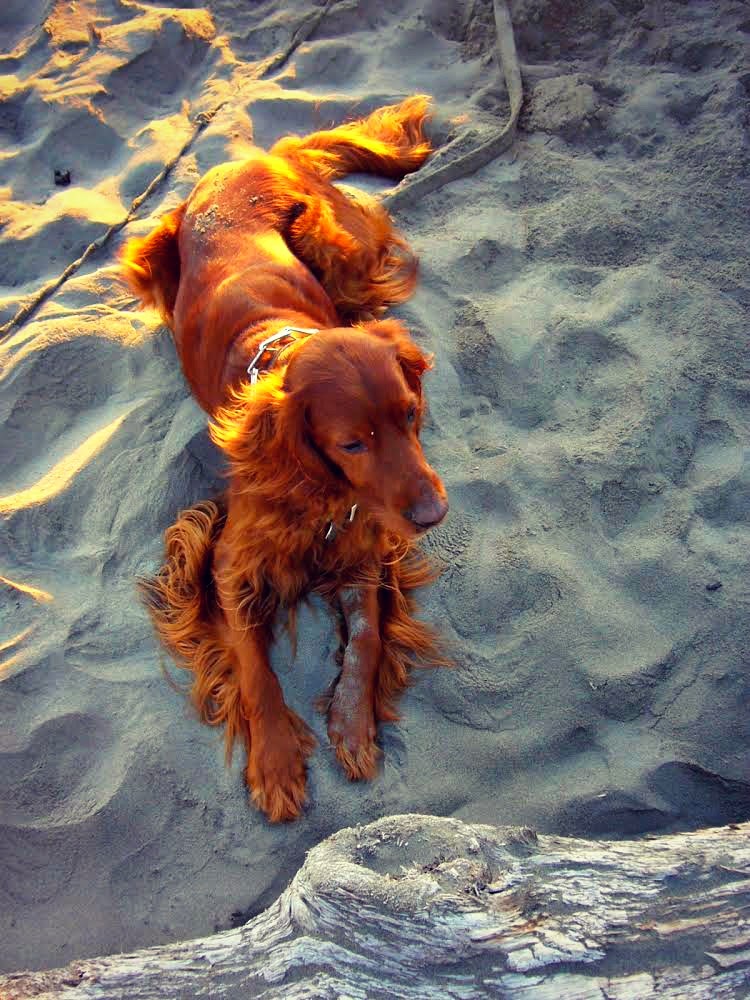 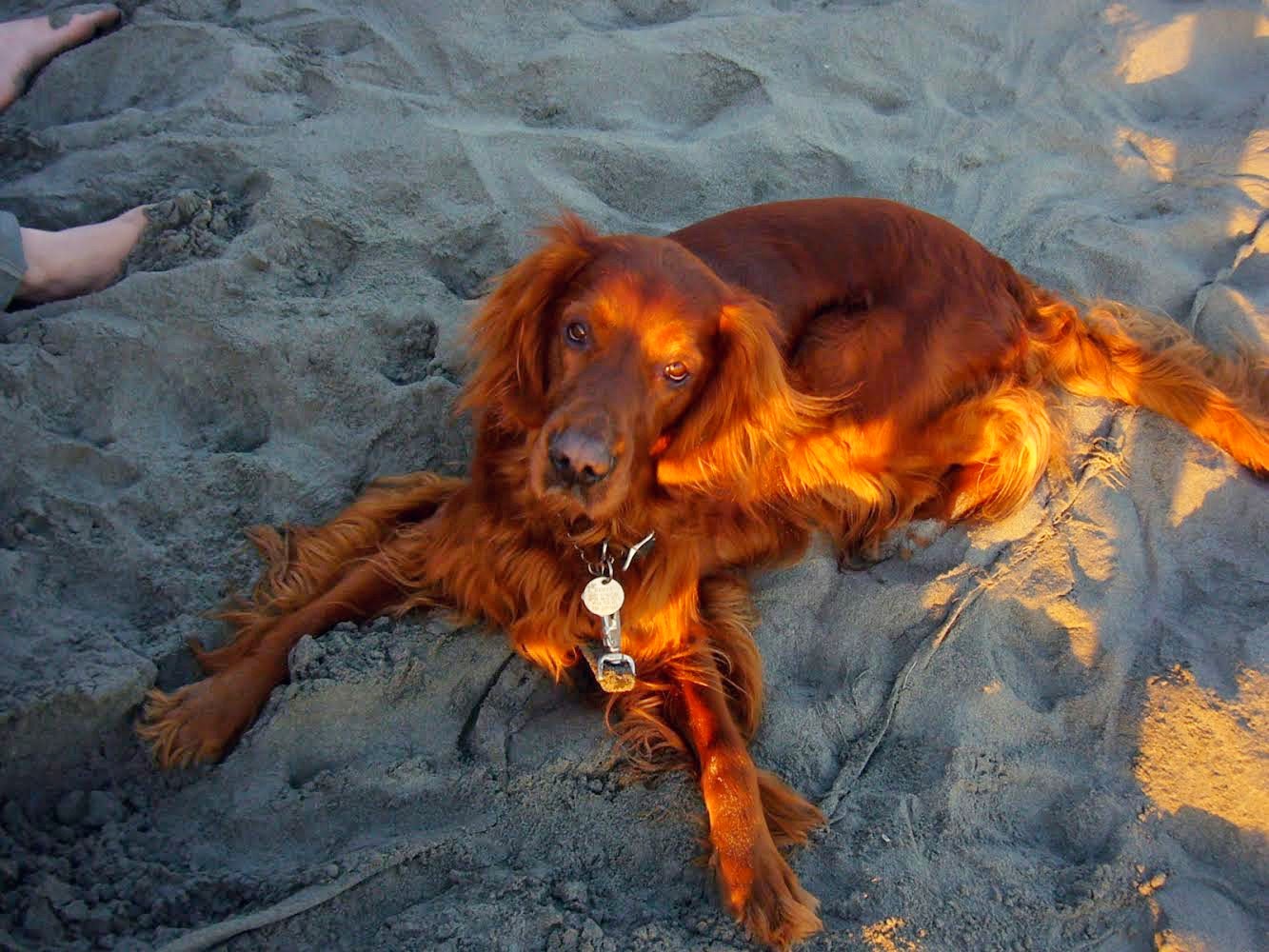 It's Ranger, playing in the sand at Kalaloch, on one of our family camping trips from a few years back. The late afternoon sun ignites his mahogany fur and feathering to a fiery golden glow.

The effect is handsome indeed, but it's those big brown eyes that really turn my heart. This is the classic Ranger stare - intense and intentional, clearly meant to draw information about the next move of the human with whom his gaze is locked. He is a true companion, my Ranger, attuned to his people and always doing his best to interact on their level.

Oh sure, he's a few years younger and a bit more red in the muzzle in these shots, but that same sociable spirit lives on in the old boy, as he lies at my feet this minute.

Ranger was, is, and will always be my gregarious golden pup.