As we strolled north on Kalaloch Beach, Gracie slowed her pace to stop and sniff at a beach log lying silver and splintered near the high tide line, and that was my first clue that something very strange was going on.

Unlike my dogs Casey and Ranger before her, Gracie is not, under any circumstances, a beach log sniffer. She prefers dead birds or seagull poop.

So we stopped to investigate what had captured her curiosity and quickly made a fascinating discovery. 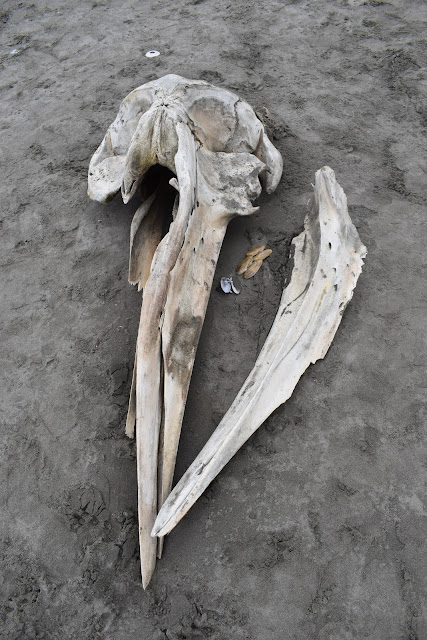 This was no beach log. It was a skull. 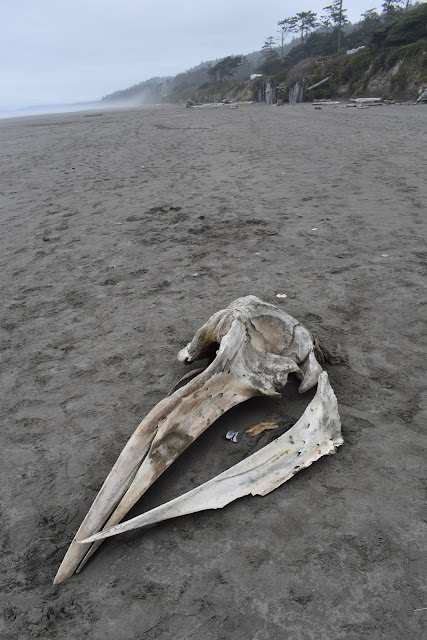 My fourth-born and I began to speculate, but it took us only a moment to draw an inescapable conclusion. 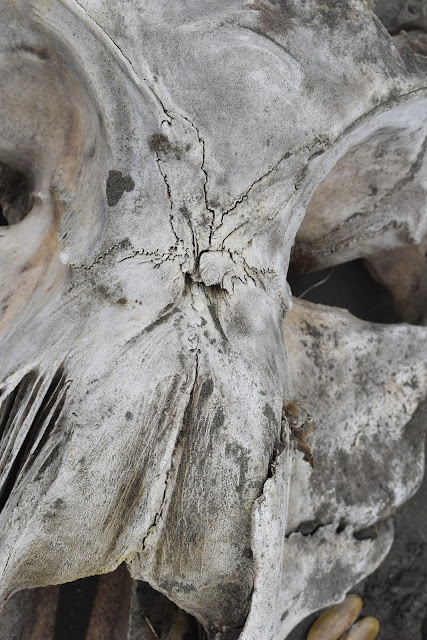 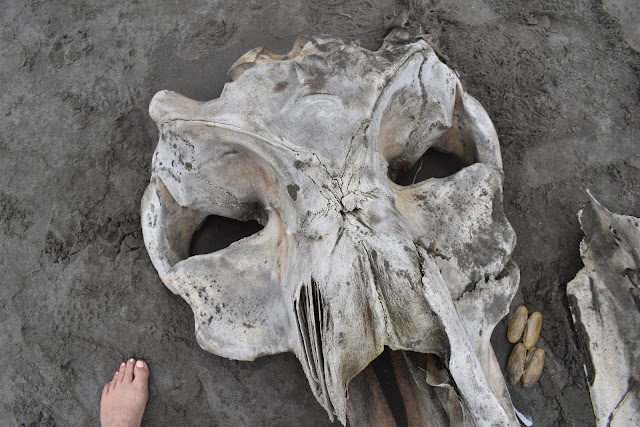 As we stood over the bones, trying to wrap our heads around this amazing find, a man stopped by to chat.

"Yeah, a group of pilot whales washed up here a couple years ago," he informed us.

Well. We can get LTE service on the beach nowadays so the moment he stepped away, we Googled.

Bless him, our informant was mostly wrong. 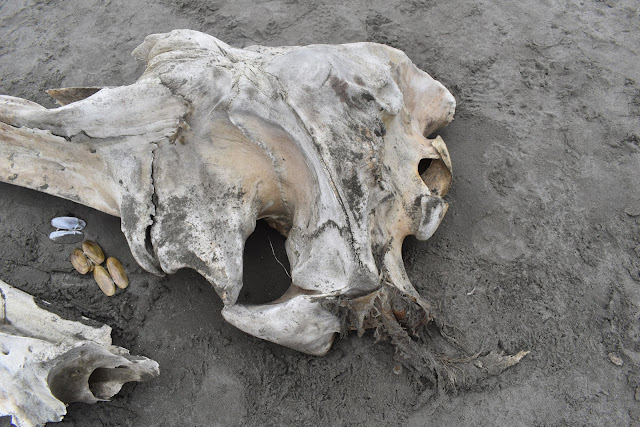 This was in fact the skull of a malnourished, underweight grey whale who washed up here on Kalaloch Beach last May.

Scientists have noticed an uptick in grey whale deaths along the West Coast this summer. Apparently, for reasons not yet clear, the dead whales are skinny and underfed, maybe because of problems with last year's food supply. 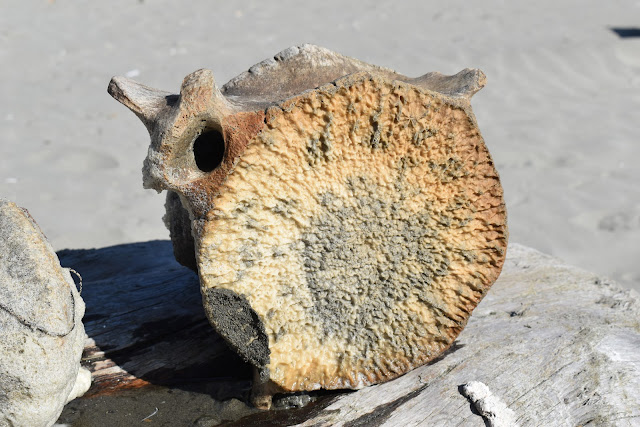 Nearby, perched on an actual beach log, we found several sections of vertebrae. This one was about the size of my hand with fingers extended. 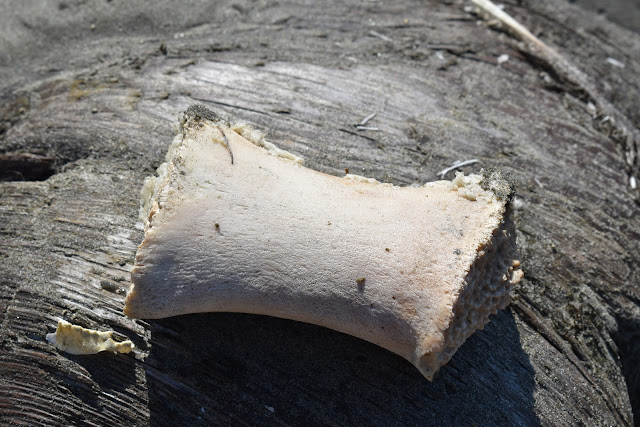 To be this close to the bones of a giant beast was a thrill. We circled round and round, imagining where the eyes fit into the skull, where the baleen plates would hang from the jaws.

We pondered how many sections of vertebrae would be required to build the spine of this 32 foot long animal. Our best answer: a lot.

And then, just as our brains began to ache from all this imagining. Gracie decided it was time to go. 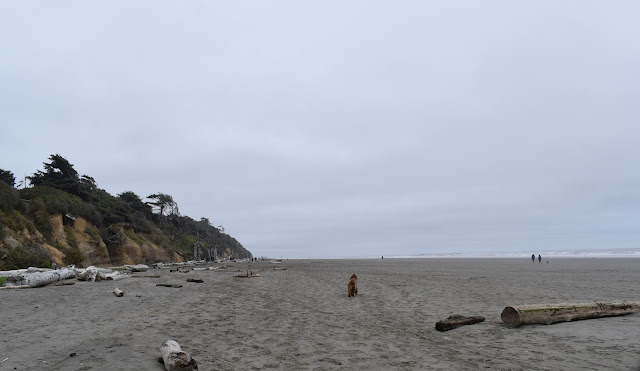 And so we said goodbye to the whale bones, and set off down the beach, in search of our next big adventure.

Posted by Diane Streicher @ Diane Again at 3:48 AM