The World Of Packet Dinners 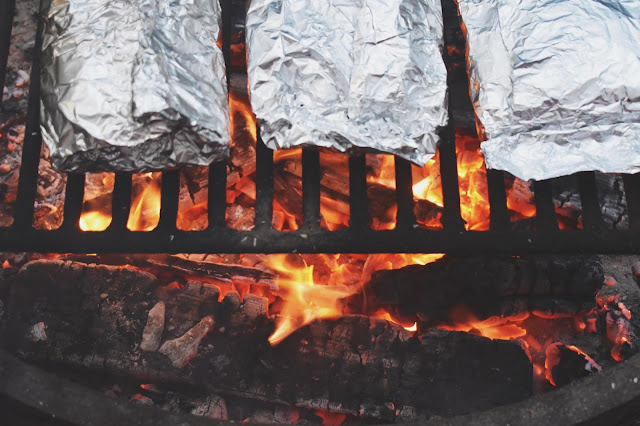 It was after a week of middle school church camp that my youngest came home, sat me down, and introduced me to the glory of the Packet Dinner.

First we went into the dining hall, and made our packets. I took a big piece of aluminum foil, put ketchup on the bottom, then tater tots, then ground beef, then carrots and corn, and there were some other things that I didn't want. Then we folded up the Packets, put them in our backpacks, and hiked up to a place where there was a big camp fire. Then we cooked our Packets over the fire and ate them. They were so good! Do you think we could make something like that when we go camping?

And so for the past decade and then some, our camping meals have featured the Packet Dinner. We've put some spin on the concept, developing other flavor profiles on the basic creation, and this year, we had a rousing success with the Taco Packet

We stuck close to the classic, tried-and-true construction technique. Salsa, rather than the usual ketchup, for the first layer, then the traditional tots and pre-cooked ground beef, this time seasoned with the flavors of Mexico. On top of that, we laid on some refried beans.

And then, as the cherry on the top, we dabbled queso. And by 'dabbled,' I mean smothered the entire shebang. 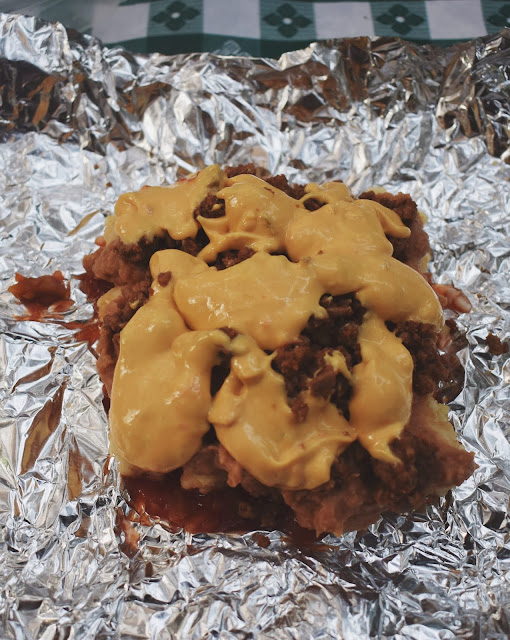 From there, we folded up the foil and popped our Packets onto the grill. 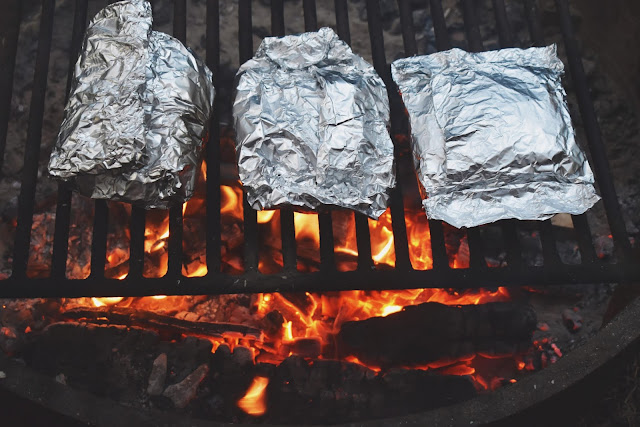 ^ This orderly cooking fire was built by my daughters, which accounts for its appropriately modest size. My fires generally produce flames shooting two or three feet above the grill, which is maybe a tad excessive for dinner prep. Better than my pyrotechnical skills wait for the after-dinner entertainment.

Over the years, we've perfected our Packet Dinner cooking technique.The secret to an evenly cooked, unscorched dinner is not just to spin the Packets, my friends, but to flip them.

Yes! Find a good pair of long tongs with soft flipping edges. This feature is key to keeping your dinner safely wrapped up inside; one false move with a sharp pair of tongs will rip open the foil and  send your dinner spilling into the coals, which is a fate I wouldn't wish on anyone.

So keep those Packets flipping from one side to the other and back again, so your dinner cooks evenly and stands the best chance of staying scorch-free.

How did our Taco Packets turn out? See for yourself: 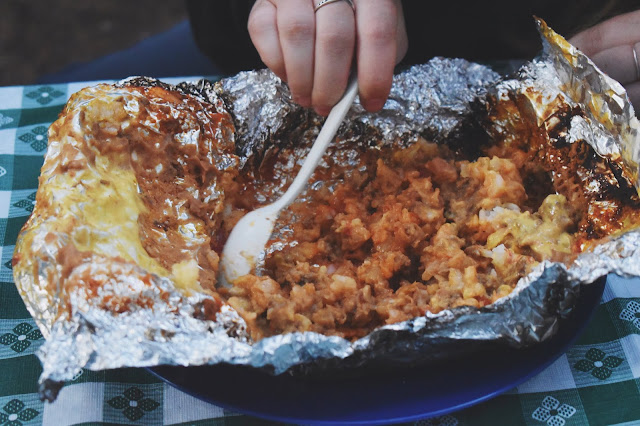 ^ Daughter Number Three reported small bits of scorching around the edges but warm throughout and ridiculously yummy. 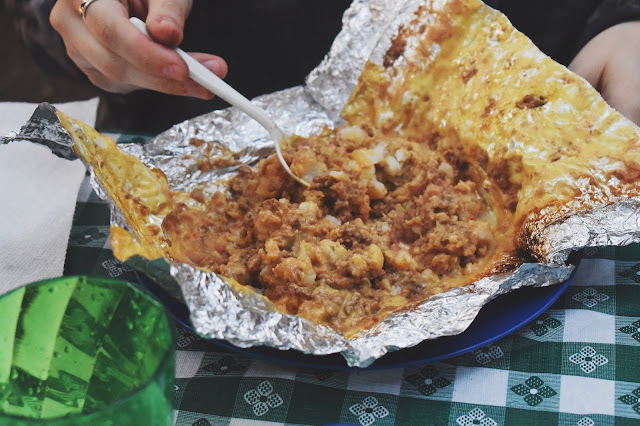 ^ Daughter Number Four went salsa free and made up the difference in queso. Also delicious. 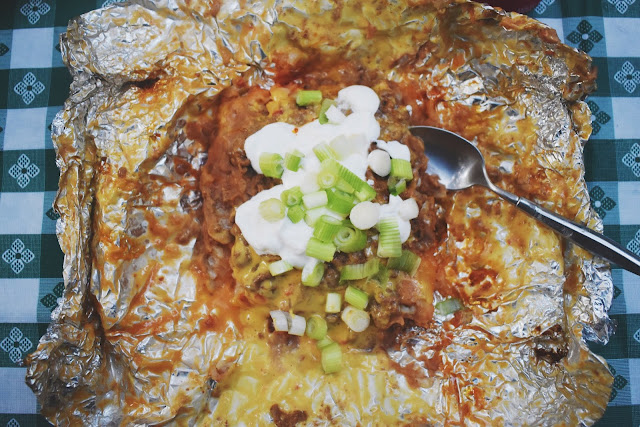 ^ I topped my creation with sour cream and green onion, and report that the explosion of Mexican flavors in my mouth that made all my Packet Dinner dreams come true.

We all agreed that heating the queso made an unnecessary mess and wasted a good portion of the precious golden goodness. Next time, we will add it after cooking and waste nary a drop.

Ah well, there's always something new to learn in the world of Packet Dinner.

Which is just further proof of their inarguable glory.

sometime before 2010
Golden Pup
Posted by Diane Streicher @ Diane Again at 2:13 AM

Email ThisBlogThis!Share to TwitterShare to FacebookShare to Pinterest
Labels: Cooking and Eating, Travels Near and Far