Life Of A Math Teacher: Playing With A Full Deck

"I am always doing that which I cannot do, in order that I may learn how to do it." -Pablo Picasso 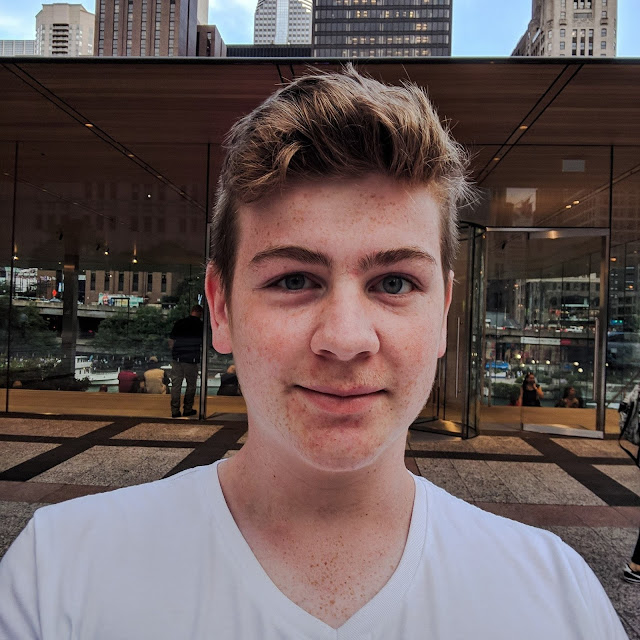 With unusual energy and good cheer, my student walked into the room where we study, closed the door behind him, and said, "I have a story for you."

As I sat at the desk, unpacking my books and preparing for our lesson, I felt this subtle shift and stopped what I was doing in order to fully listen.

And this is the story that Daniel told me.

Last Friday, Daniel was at work. No, not umpiring a Little League game, that's his other job. This time, he was working as an assistant to a carpenter, and together they were building a deck in a customer's back yard. The design featured two different angled corners, and the guys were figuring out the precise and particular measurements as they progressed.

After a bit or trial and error, it became clear that these angular cuts were gonna be tricky. Despite his years of experience and firm command of his trade, his boss was at a bit of a loss to figure out how to measure them accurately. As Daniel studied the problem with his boss, a glimmer of recognition began to flicker in his brain.

These angles, he noticed, looked just like the triangles in the geometry problems he's been studying this year. As Daniel pondered and puzzled, the parallels began to fall into place and he could extrapolate how to use the math to solve the deck problem. Working all the calculations in his head, he deduced the proper angles for the cuts and voila! Every piece fell properly into place, Daniel's boss was thoroughly impressed, and raved to Daniel and his parents about what a clever young man he truly is.

Some math teachers - and I admit I am one of them - may be tempted to wag this story in the face of every high school math student who dredges up that old complaint, "But when am I ever going to use this in the real world?" Surely, Daniel's story is a great example of how mathematics can be useful in the wild. But that's just a teacher putting a feather in her own cap, and I don't want to go there.

What is really worth celebrating in this story is a young man's ability to think on his feet, to apply abstract ideas to a seemingly unrelated hands-on challenge, and to have faith in his own ability to solve problems with his older and mostly wiser boss looking over his shoulder.

Test Drives
Bringing Joy
Math By Phone
Yabba Dabba Do
Eccentric Connections
Math Mammals
Social Distancing
Playing With A Full Deck
The (Math) Joke's On Me
Sharing Life
Little Brothers
Sweet Inspiration
My Hero
What I Do
Number 15
Christmas Edition
3.1415926
Buy It And Burn It
In Honor Of James K. Polk
House Tours
My Deep Gladness
Isolating The Radical
By The Numbers
Teaching My Own: High School Art And Algebra
Posted by Diane Streicher @ Diane Again at 2:44 AM