Life As A Math Teacher: My Hero

If I have seen further, it is by standing on the shoulders of giants.
- Issac Newton


Once upon a time, there was a boy named John.

I know. Not an exciting start to the story. Please bear with me.

Even though he was a simple boy from a small town in the deep south, John had a big dream.

He hoped to become an Air Force fighter pilot.

As dreams go, that one is about as finely tuned and high-reaching as they come.

But guess what. Against all odds, John made his dream come true. Eventually, he flew 55 missions in a B-26 Night Intruder during the Korean war, worked as a test pilot at Edwards Air Force Base from 1957 to 1962, and later served in Vietnam. Bucket list item most definitely ticked.

When John retired from the Air Force, he established a quiet life in Norman, Oklahoma and thought about what to do next. And as he pondered his options, his thoughts kept circling round and drifting back to the circumstances of his own satisfying life, and this is what really captivated his mind:


I achieved my life's dreams because of math. I could never have made it as a pilot without my engineering degrees, and I would have not succeeded as an engineering student if not for my strong background in high school math.

And with that sentiment, John dedicated the remaining decades of his life to helping high schoolers build math skills that would allow them to make their own dreams come true. He developed a revolutionary math curriculum uniquely designed for success, and spent years as an outspoken advocate for a return to strong, unsullied math education in American high schools. 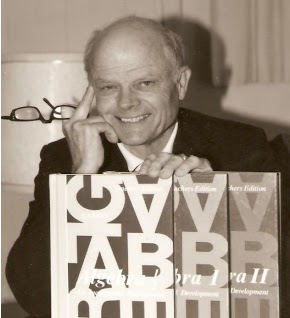 In case you don't know, this man's name is John H. Saxon Sr.

And he is my hero.

Honestly, I get choked up l every time I ponder his genuine heart, deep wisdom and powerful educational vision.

I am a passionate proponent of his methods and his materials. They work. Every student who makes an effort to follow the Saxon program will succeed - I've seen it happen a hundred times. In fact, I would never teach students using any other curriculum.

John Saxon is the best.

Even though Mr. Saxon died in 1997, after a long, rich and rewarding life and just a few years before I began teaching algebra to high school students, I like to think we are kindred spirits.

Just ask my students. I speak his name pretty much every day in our lessons, invoking his wisdom and channeling his encouragement. I like to think he's sitting alongside of us,

doling out distance problems about girls who hike to Lake Tenkiller and ride back with Mr. Ali,
insisting that a good first step is to isolate our radicals,
and reminding us to always, always draw the diagram first as an aid to problem-solving. 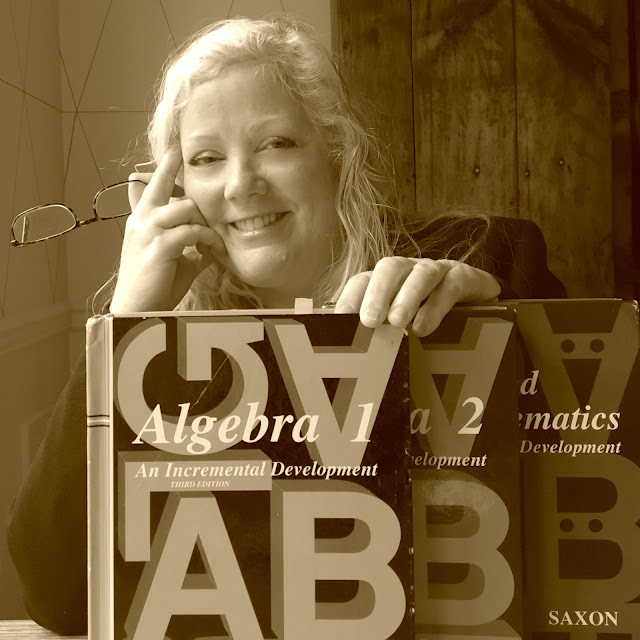 And while I humbly acknowledge that I bring my own gift for teaching to the table, my success as a high school math teacher has been accomplished by standing on the shoulders of this math education giant, John Saxon

Test Drives
Bringing Joy
Math By Phone
Yabba Dabba Do
Eccentric Connections
Math Mammals
Social Distancing
Playing With A Full Deck
The (Math) Joke's On Me
Sharing Life
Little Brothers
Sweet Inspiration
My Hero
What I Do
Number 15
Christmas Edition
3.1415926
Buy It And Burn It
In Honor Of James K. Polk
House Tours
My Deep Gladness
Isolating The Radical
By The Numbers
Teaching My Own: High School Art And Algebra
Posted by Diane Streicher @ Diane Again at 1:19 PM