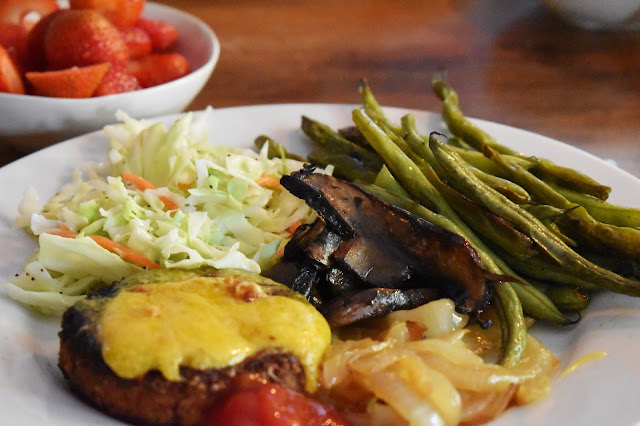 Summer is almost upon us, people. In wild anticipation of sunshine and warm weather, I grilled up some all-American cheeseburgers for dinner tonight.

Mmm, rich and juicy, as true as the red, white, and blue. I topped my patty with some Grade A cheddar cheese, skipped the bun, and stepped up the flavors with caramelized onion and sauteed portabella mushrooms.

And, you know, ketchup.  Because that's what Americans do.

I'm happy to report that every bite was delicious.

But here's the thing. This was not a proper cheeseburger. 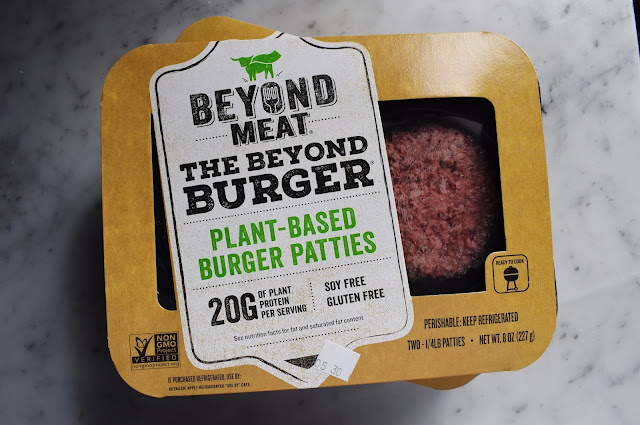 This was my first go with Beyond Meat, the latest cow-free plant-based meat alternative to pop up in my grocery store and pique my interest.

I'd seen the data online: in comparison with a traditional beef burger, the Beyond Burger uses

Which is exciting news for our overtaxed planet. But what about the taste? 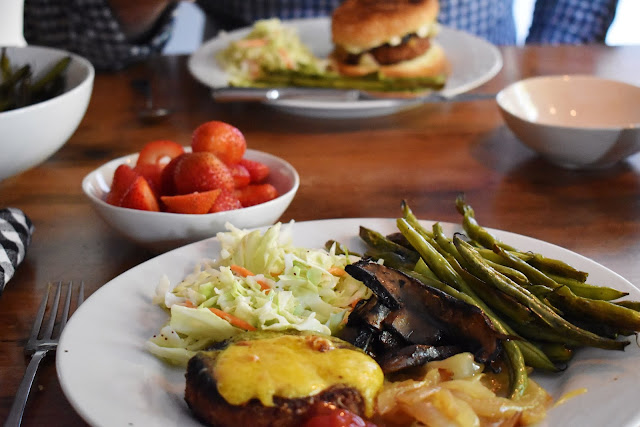 Because here's the thing. This is not my first meat-free burger rodeo.

I've been an on-and-off-again vegetarian for decades now.

My spurts of disinterest in meat correlate quite precisely with my trips to the state fair, and more specifically, to time spent in the livestock barn. Oh, those big, soft brown cow eyes take me places that my stomach can't go.

So whenever new meat-free alternatives to the classic hamburger have rolled out into the market, I have always been game to give them a go. 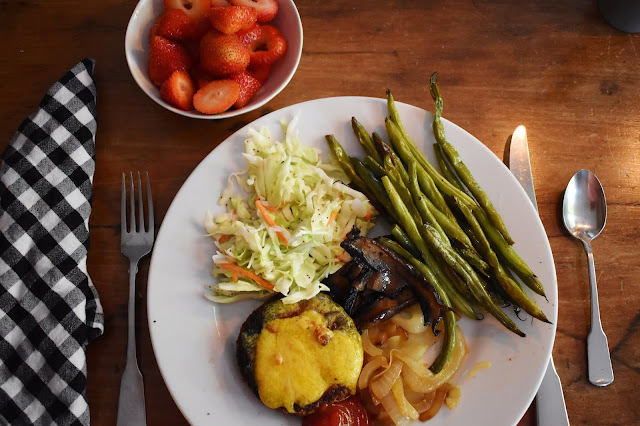 Back in the 80s and 90s, I ate my share of Gardenburgers, a vegetarian patty that attempts to replace rather than replicate the traditional beef burger. They are good, in their own way. But  the Gardenburger tastes like a romp through a vegetable patch and therefore serves as no substitute for the soul-satisfying taste of proper beef. Alas.

Then came the Boca Burger. In terms of ingredients, this product is simply another twist on the veggie burger, but intentionally designed to mimic the taste of real meat, and that set it apart from its veggie-driven competitors. But for me, the flavors fell short, and once I learned that in some circles, women struggling with anorexia will nibble the edges of a Boca Burger in pretense of eating a proper meal, I lost the will to keep eating them.

Enter the Beyond Burger. After hearing the hoopla for the past few months about Beyond Meat, and then discovering their packages of plant-based burgers and sausages lying quietly among the standard trays of beef in my grocery store's meat counter, I knew I was ready to give the new guys a try. 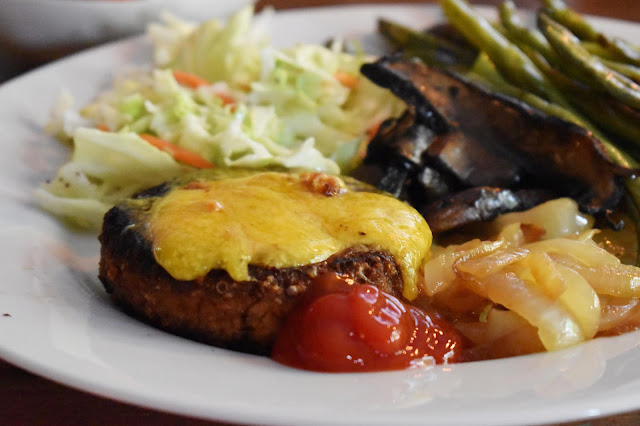 The patties sizzle up fast on the stove-top - just three minutes on each side.

Once cooked, the burgers take on a nice char and a medium-rare appearance.

And the mouthfeel? Quite a bit like a beef burger. Surprisingly and satisfyingly so.

Now, my ever-factual husband made the point that even though these plant-based burgers were pretty good,  there was still an indefinable little something that made them taste different than the real thing.

Please note that he shared this comment only after wolfing down every speck of his own Beyond Burger.

Yes. Of course. I can't argue that this plant-based product completely and perfectly captures the exact taste and texture of fresh beef.

But Beyond Meat makes a good run at it. Far better than any plant-based burger I've ever eaten before. With a significantly lower impact on the planet.

So trust me, my All-American family will be grilling up plenty of Beyond Burgers as this summer unfolds.
Posted by Diane Streicher @ Diane Again at 2:30 AM