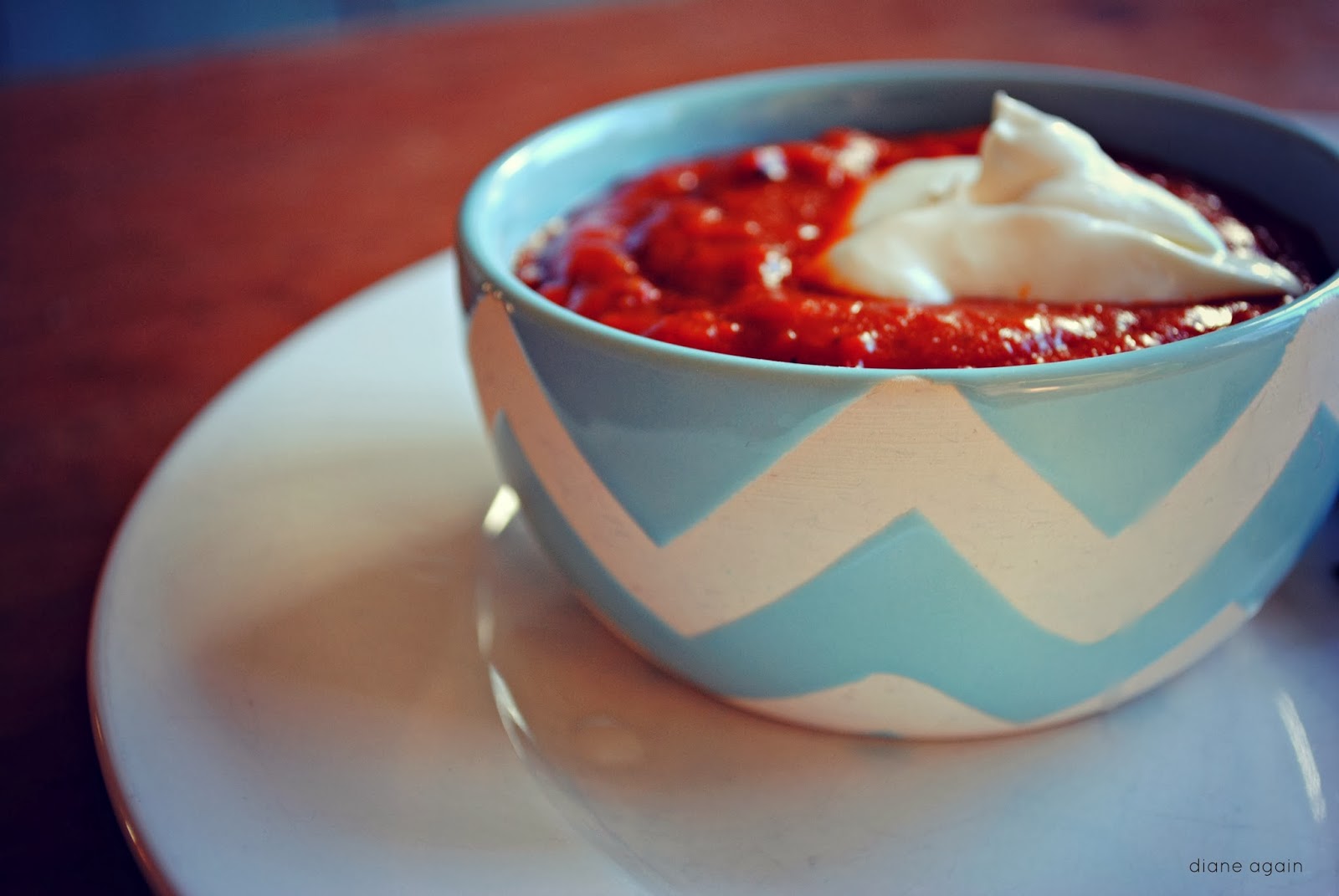 In my never-ending effort to bring nourishment, healing and deliciousness to my virus-ridden family, I tried a new recipe for tomato soup tonight. All in all, considering the way the bowls were polished off, I'd say the result was a success.

But to be honest, yummy and warming as was, the best part of this soup was making it.

And the best part of making it was roasting the red peppers. 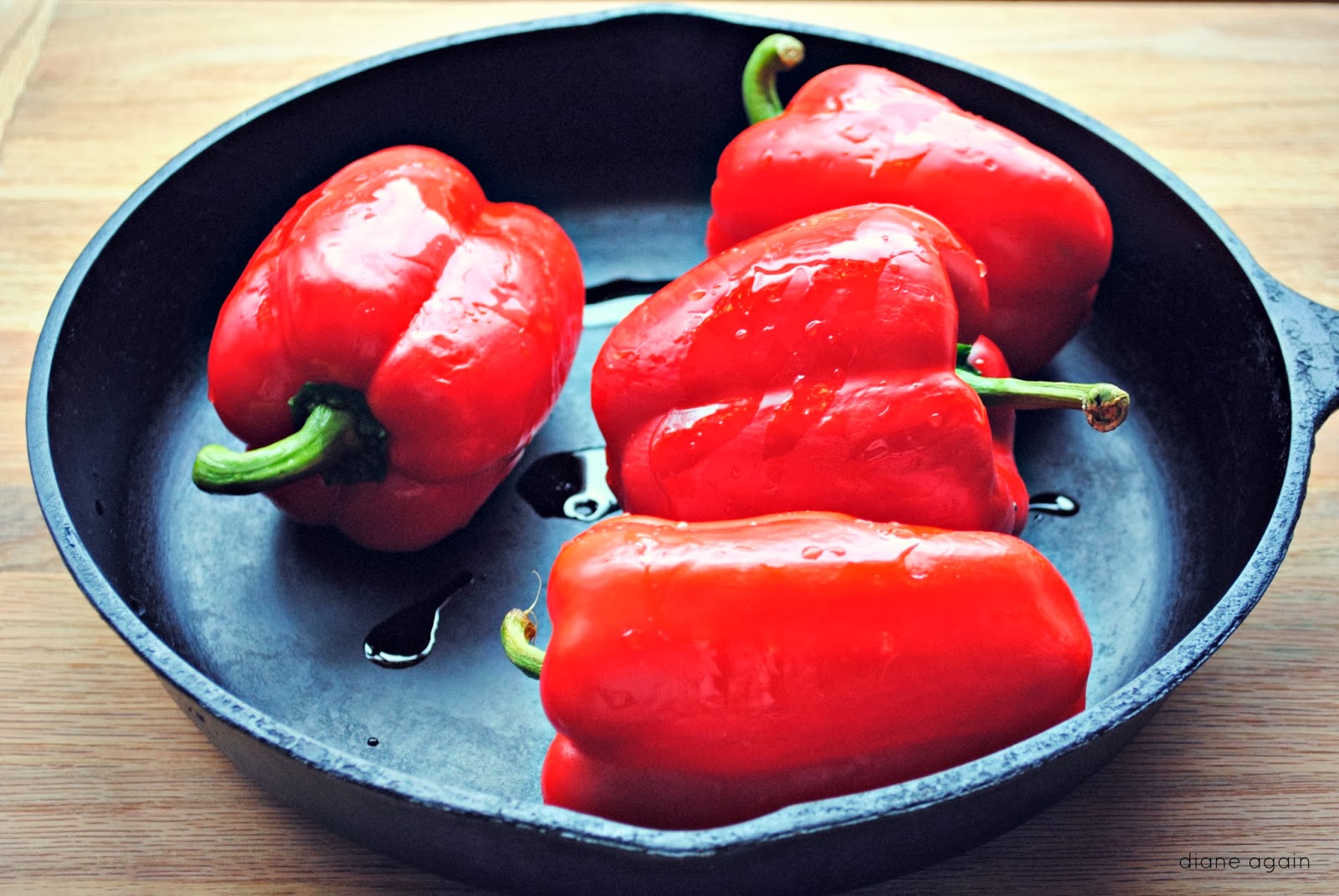 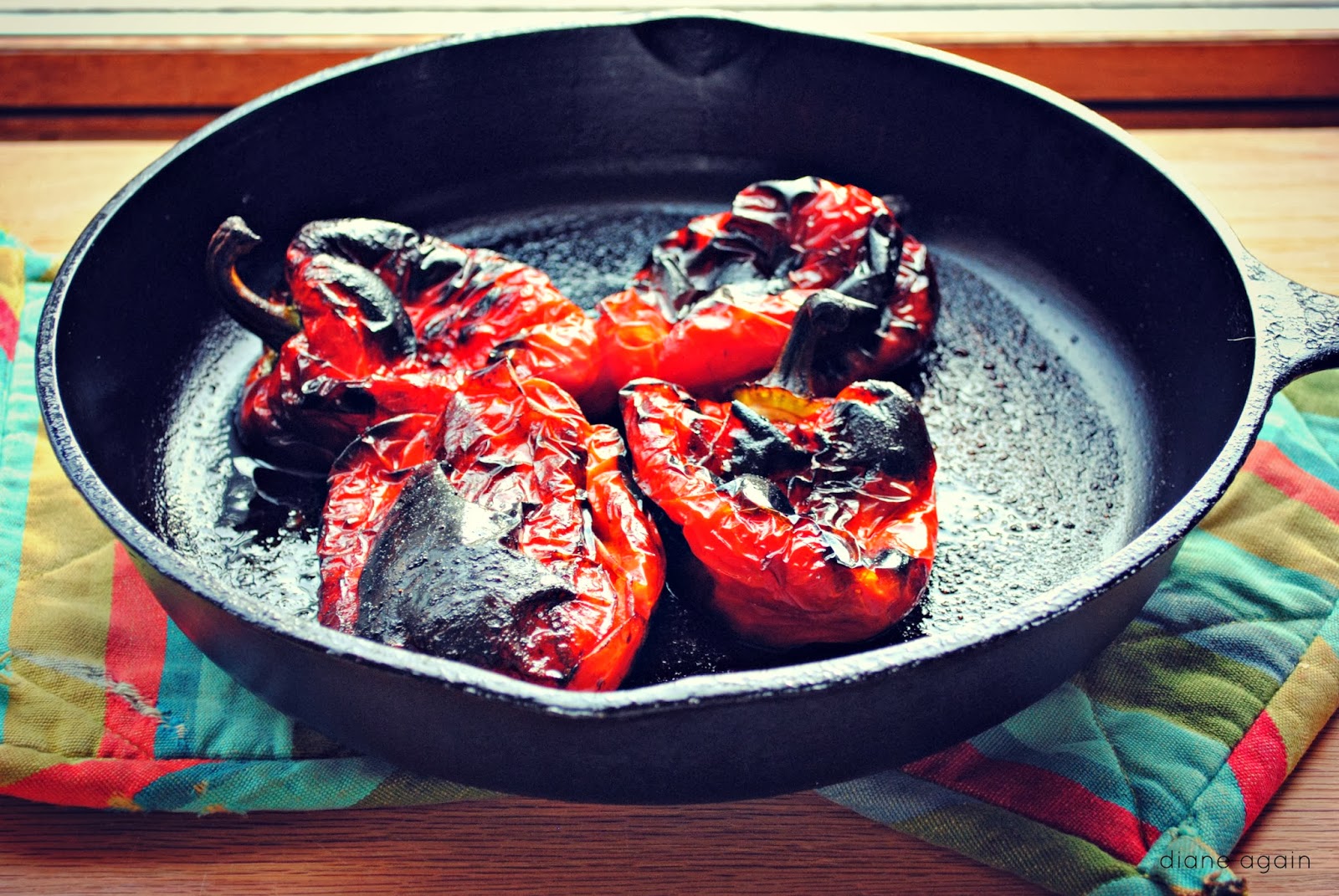 ^ Let's be honest. Any recipe that tells you to put food in the oven and burn it black is definitely going to catch my attention.

And literally, that's what this recipe calls for.

Put peppers in pan.
Coat with oil.
Slide under a hot broiler.
Roast till the peppers turn black. 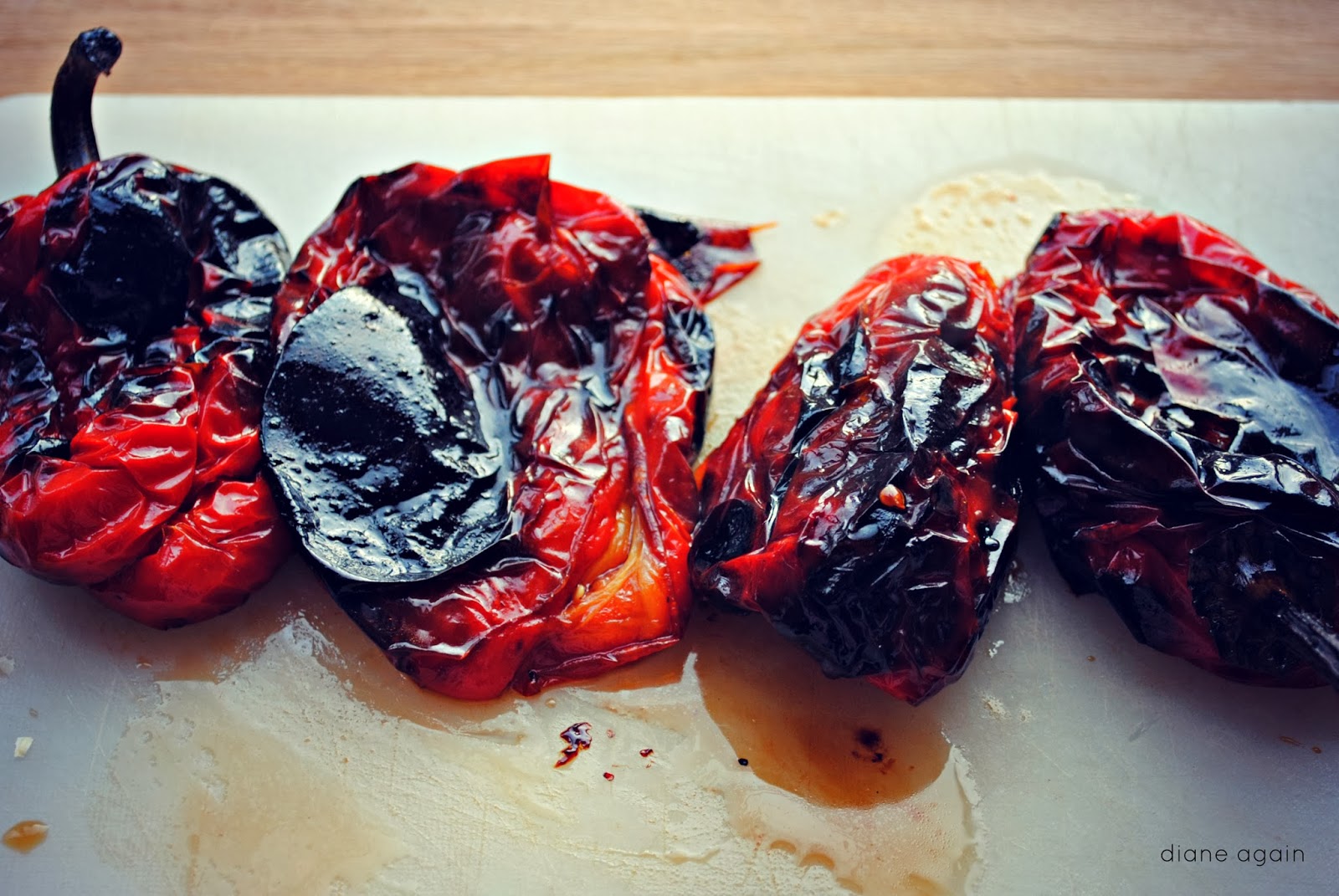 ^ And if that sequence of events isn't out-of-the-box enough, the next step is to put the blackened peppers into a paper bag, seal it shut, and leave the blackened heap to sit for fifteen minutes.

Yes. A paper bag. Like a lunch sack. How weird is that? 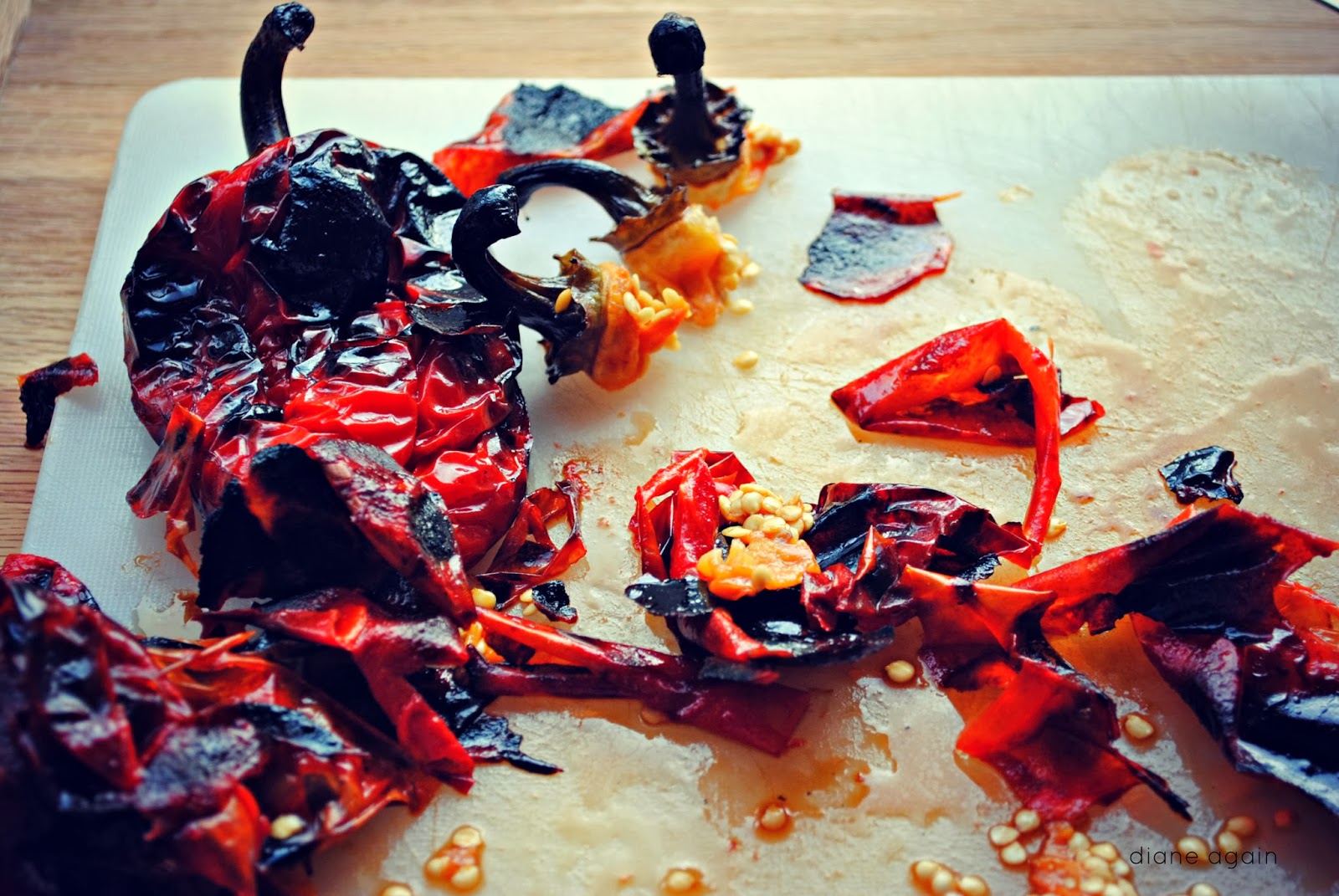 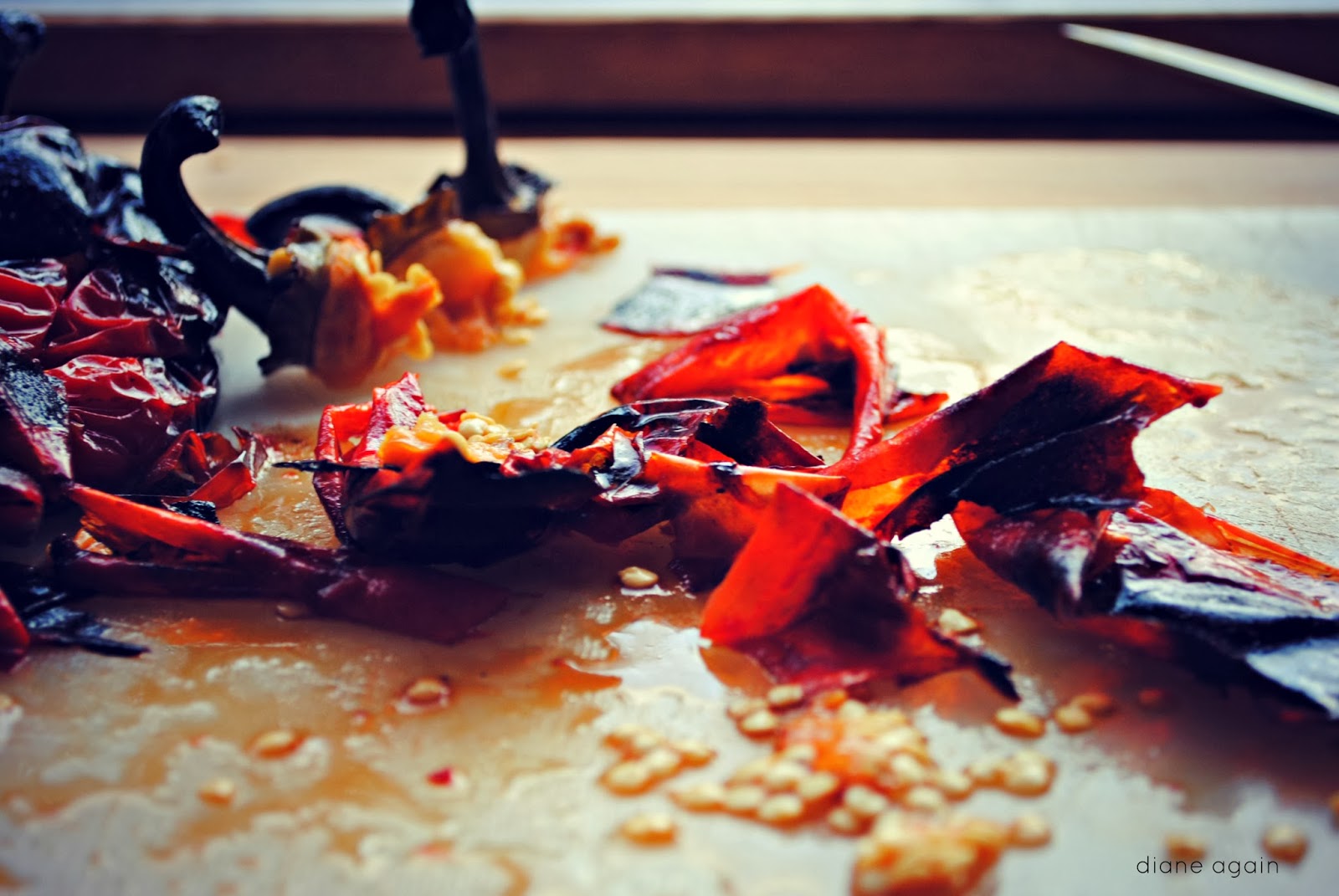 ^ After the cooling off period, the recipe claimed that the blackened skin would peel off in a snap, and the core and seeds would effortlessly fall away, leaving perfectly roasted pepper flesh, ready to pop into the soup.

Dang. Everything worked perfectly. And I loved every messy minute of the dramatic dissection.


The resulting soup was delicious, no doubt. Rich and flavorful, smooth and satisfying.

But I'd make another batch in a snap just for the fun of roasting up those crazy red peppers. 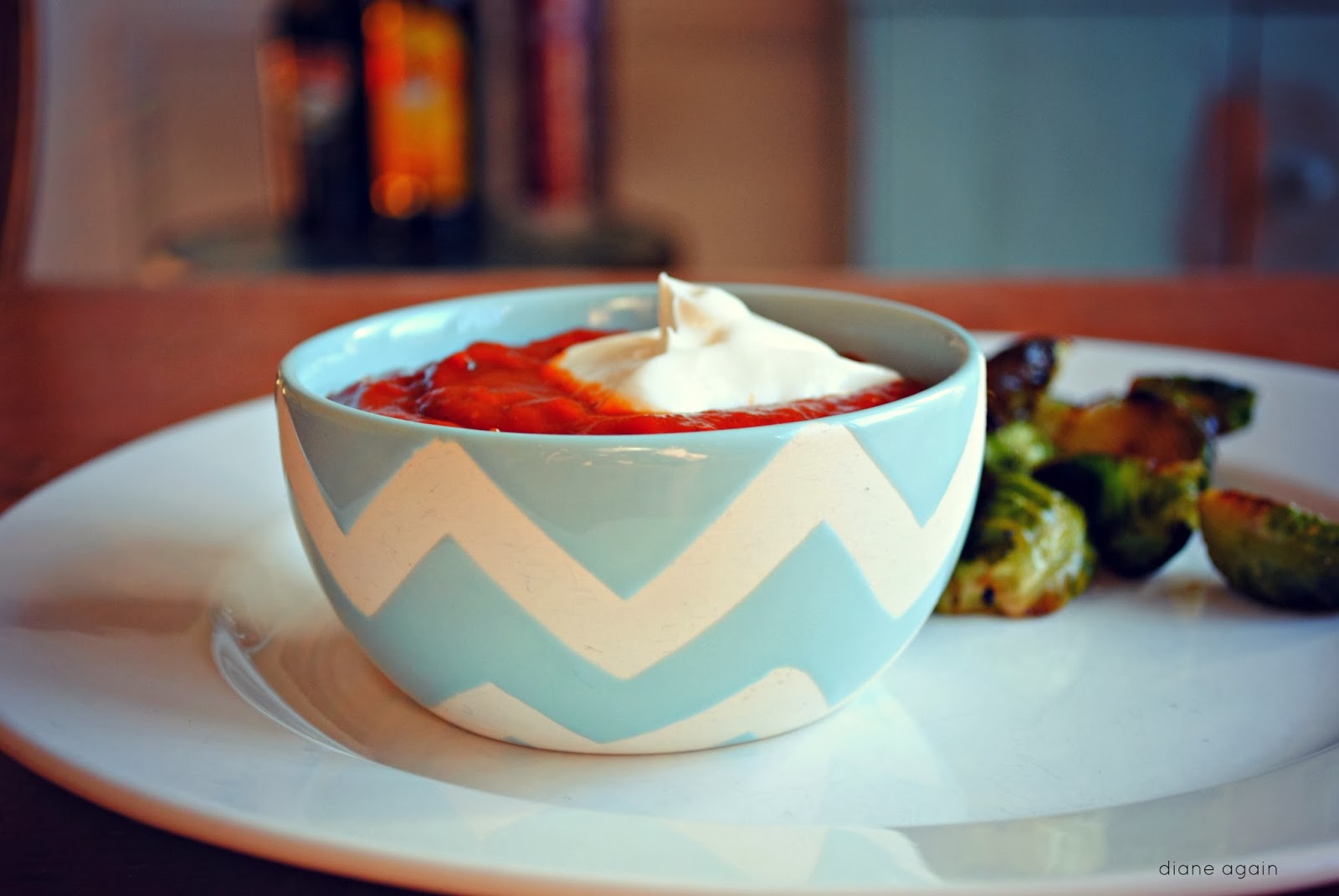 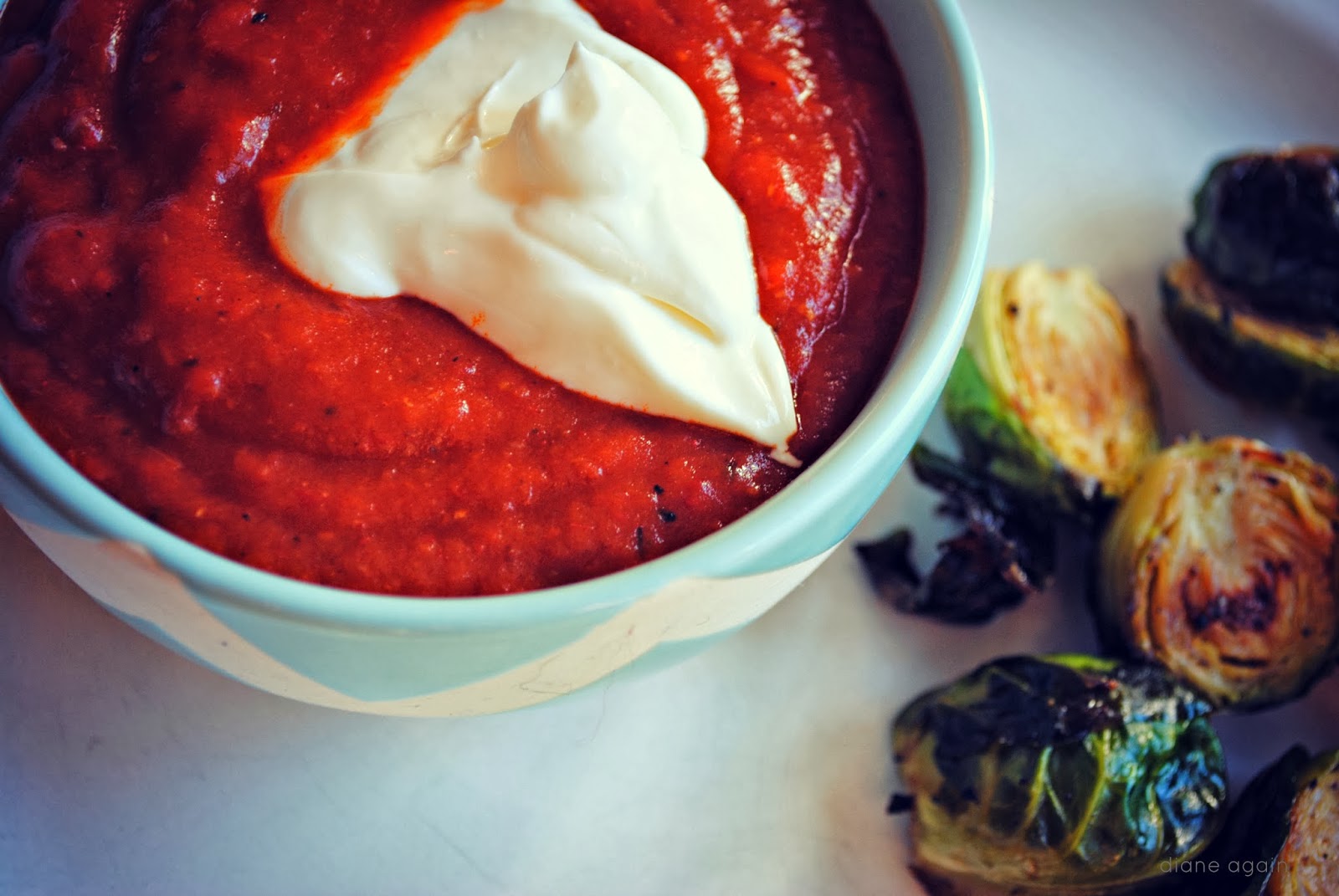 1. Rub olive oil on the peppers and place in a cast iron skillet under the broiler. Roast until blackened; turn to several times to get all sides. Remove the pan from oven and immediately place the peppers in a paper bag and seal. Let rest for fifteen minutes. Peel off skin, remove core and seeds. Chop all the peppers; set one pepper aside.

2. Heat more olive oil in a pot over moderate heat; add shallots and garlic and cook until soft, about five minutes. Add tomato sauce, most of the peppers, thyme and paprika. Cook over medium-low heat until the juices have cooked down.

3. Stir in vegetable stock and seasonings. Bring to a boil then turn down to low and simmer for about 30 minutes, until vegetables are soft.

4. Strain out the large bits and puree in a food processor or blender, then add back to the pot.

5. In a separate pan, melt butter, whisk in flour, and then stir in about two cups of the soup. Then add entire mixture back to main pot.  Add the reserved red pepper and bring to boil. Lower heat and simmer ten minutes.

Serve with a dollop of sour cream. Savor the smooth texture and zingy flavor of those crazy roasted peopers.

Adapted from Roasted Red Pepper and Tomato Soup on allrecipes.com.

If you're in the need of some more healing soup remedies, I've got the cure: