A Week Of Thankfulness: Day Three

I got to the airport way ahead of schedule. Surprised to find the traffic so light on the evening before Thanksgiving, I carefully backed myself into a parking space on the far side of the half-empty waiting lot, and counted my blessings. Settling on a strategy to while away the final agonizing hour before my fourth-born's plane touched down, I opened a game on my phone and threw myself into the challenge

I must say, I distracted myself to the extreme. Because forty minutes later, when my daughter texted to say she was on the ground, I finally came out of my daze and this is what I saw. 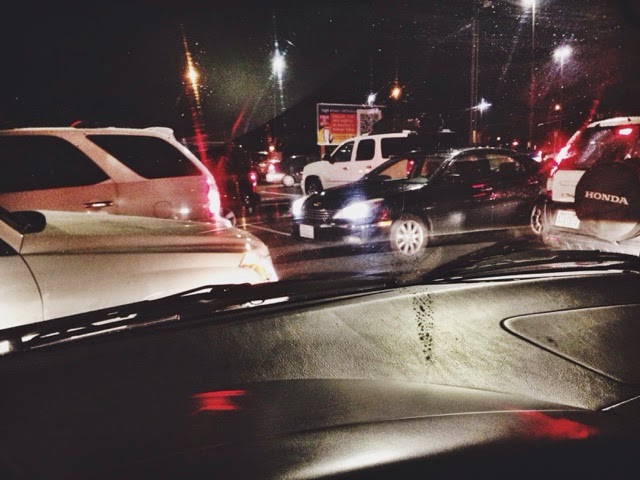 These photos were taken near the end of my wait, so there are some open spaces visible across the lot. In the beginning, every inch was full of cars.

The entire lot was jammed with cars.

The one-way drive in front of me was doubled up with two lanes of traffic, one headed in each direction.

As far as I could see across the lot, all the other drives were doubled up and jammed in the same way. 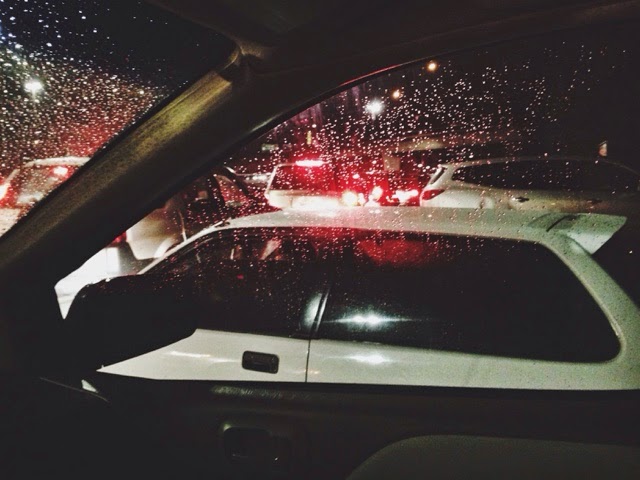 At this point, the second and third cars to my right had broken free, and this little Civic was waiting his turn.

^ To my right, three cars in the adjacent stalls were inched up and obviously trying to exit their parking places.

I quickly joined them.

But we immediately discovered that the vehicles in the lane were blocking us in, and they were not moving. 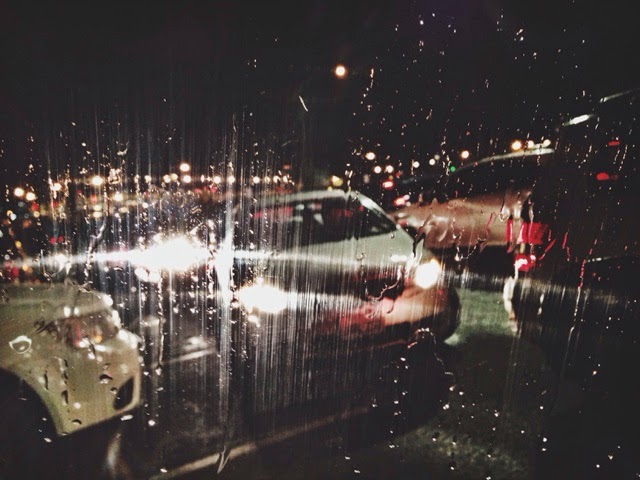 Two cars to my left was a Kia whose driver had not had the foresight to back into his parking spot. Heaven help him, he was forced to enter the chaos in reverse.

^ To my left, two more cars in parking spaces were trying to get out, but again, they had no room to move.

And I readily observed that even when a few inches would open up, the drivers already in the flow of traffic quickly closed up the gaps. They were not about to let us parking-spot prisoners out.

Two minutes quickly turned into twenty. My daughter called to say she had made her way out of the terminal and was waiting for me at the curb.

We chatted.
I ranted and raved to her about my conundrum.
She listened sympathetically.
I stewed and strategized ways to break free of my dungeon.
I took these photos to show her my pain.

There was no solution but to simply wait until the jam broke up, and the lot slowly emptied.

Eventually, the friendly Kia let me out, and I was set free from the asphalt cage that had held me.

When I finally made it to our designated meeting spot and picked up my patient daughter, she checked our call history to determine how long I'd been trapped.

Grrrr. That was a long time to be stuck.

I'm thankful that the problems in my life, annoying as they may be, are so simple and easily resolved.

Read more about what I'm thankful for:

Care for some more Thanksgiving stories?

Email ThisBlogThis!Share to TwitterShare to FacebookShare to Pinterest
Labels: Inspired Learning, Seasons and Celebrations, Travels Near and Far