Gee, But It's Great To Be Back Home 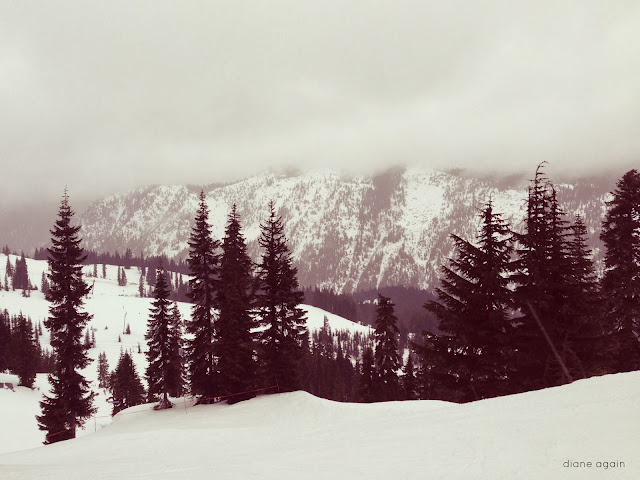 Oh, Stevens Pass, it's been a long time.

Though I have been a season's pass holder and weekly visitor to your snowy playground for more years than I can easily recall, last year's season was weird.

First, my youngest daughter and most reliable ski buddy went away to college. Far away. And while I cheerfully welcome the chance to ski alone, it's really not the safest strategy. Nor is making the dangerous drive home after dark a really good choice for a solo flight.

Plus I was dealing with some eye drama. In preparation for surgery, I couldn't wear my trusty contact lenses and was forced to make do with glasses. And let's be honest - glasses and ski goggles are incompatible, to say the least. So there was that whole not-seeing problem.

While I'm not silly enough to complain about the consistently fantastic Pacific Northwest snow pack, last year's weather and snow conditions left a bit to be desired. On the days when I made it to the mountain, the runs were icy and rough. Ew.

And to top it off, I cut my season short with an extended trip to Malaysia. Leaving the snow behind for the steamy tropics, I lost the last two months of the season.

So yeah. Although I have no complaints about how my year turned out, my 2012-2013 ski season was a bust.

That's why it was with much excitement and anticipation that I made my first trip of the new season to Stevens Pass today. Surprisingly, I discovered quite a few changes on the mountain. 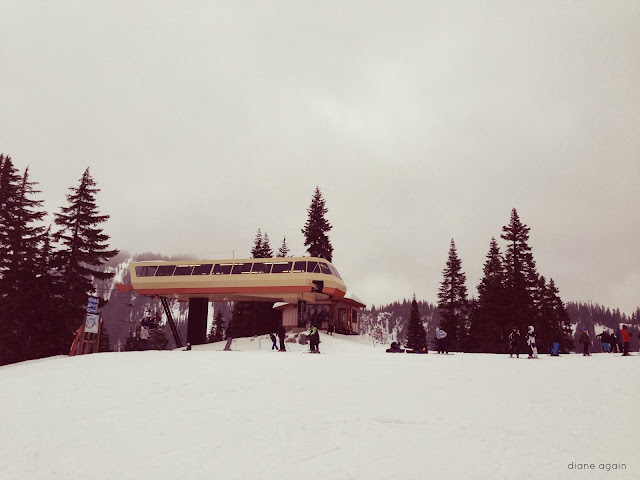 ^ The upper and lower lift houses are all pimped out with fresh coats of paint in a wacky new color scheme. I'm sure I'll get used to it. Eventually. 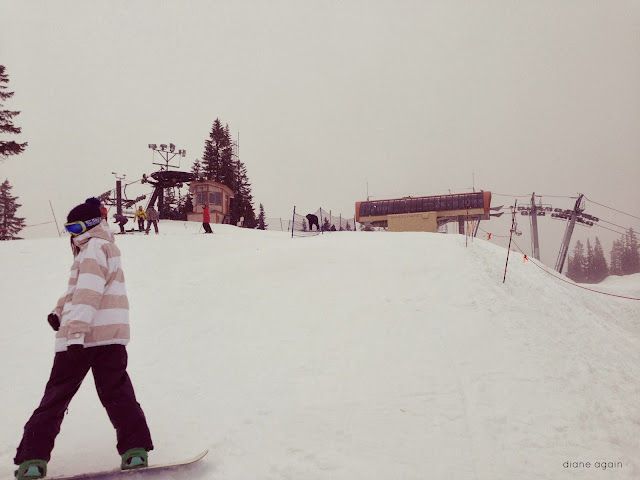 ^ There's a new high-speed quad lift on the backside. I didn't get a chance to ride the Jupiter today, but I admired the new upper lift house, shown here on the right. 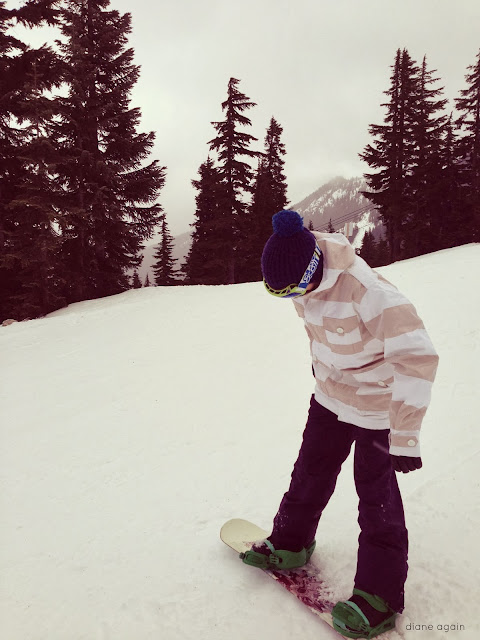 ^ Even my youngest, home for Christmas break, was sporting a new look. With a sweet new striped jacket and some flashy green bindings, I had to retrain my eyes to pick her out of the crowd.

But despite the changes, the best part of Stevens Pass remains. Oh, your snow-covered slopes, adorable pointy trees, and breath-taking mountain vistas never, ever get old. 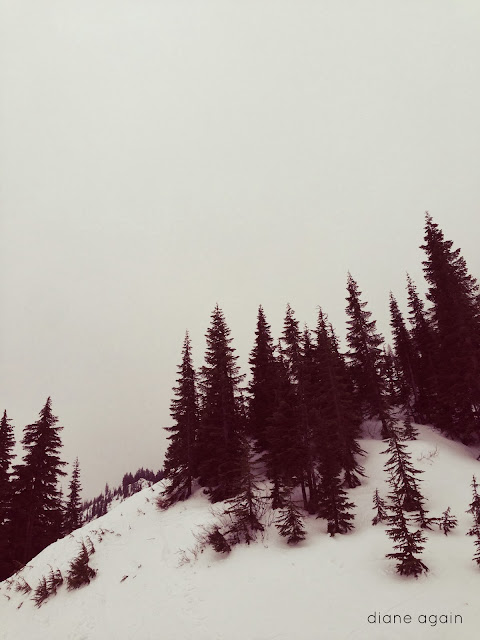 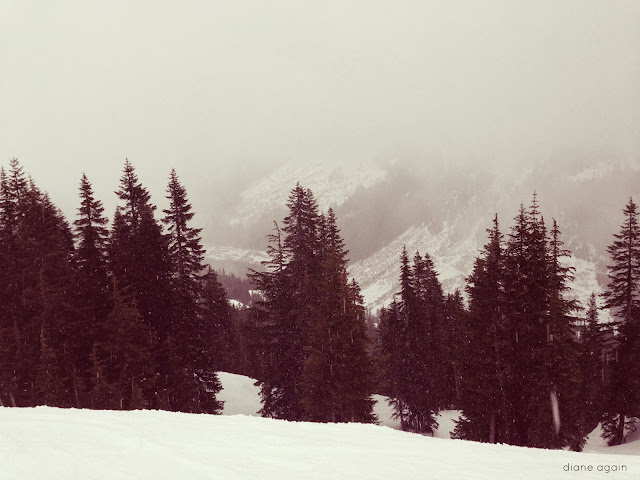 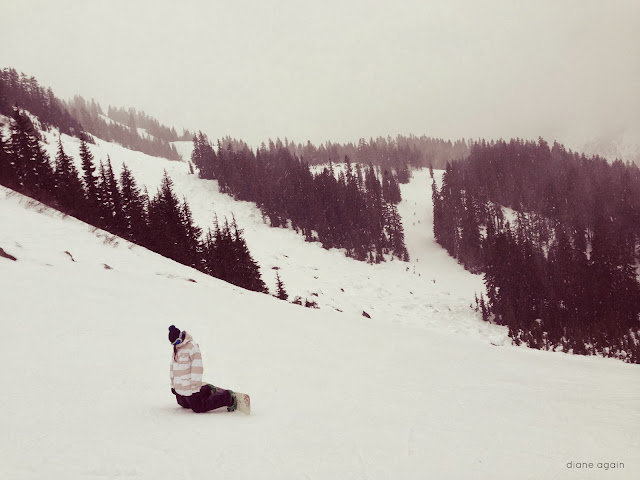 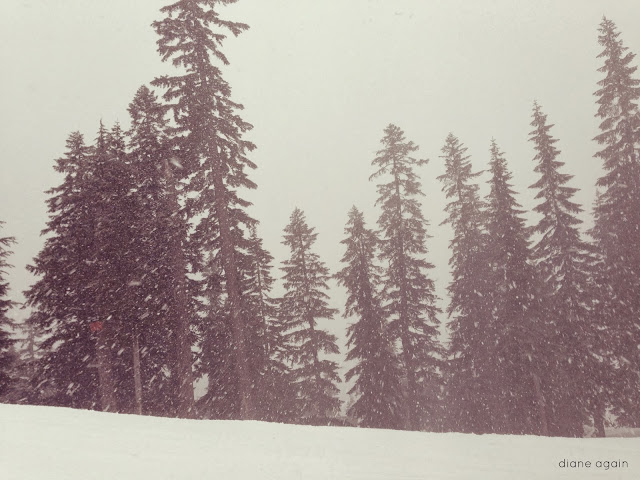 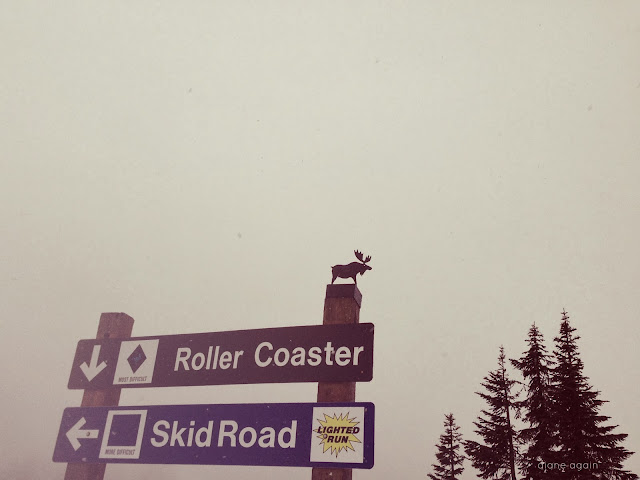 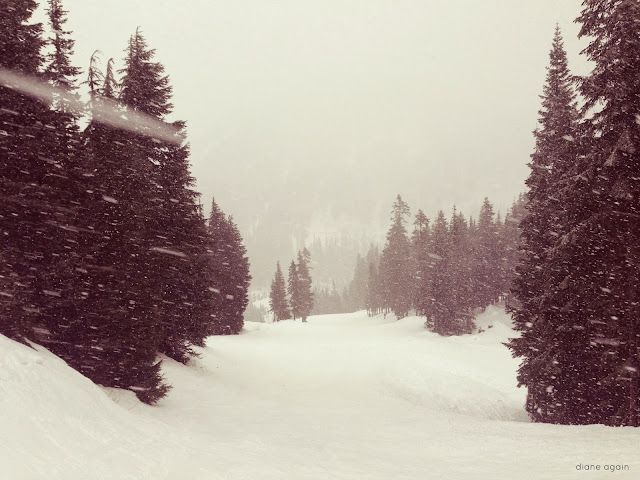 Admittedly, today's weather was a challenge, what with the drenching downpour of rain that soaked me to the skin before turning to snow. I was wet and miserably cold but the snow was riding fine and I had a blast.

Gee, it was great to be back home.

Wanna read about all the twists and turns of my ill-fated 2012-2013 ski season? Check these out: