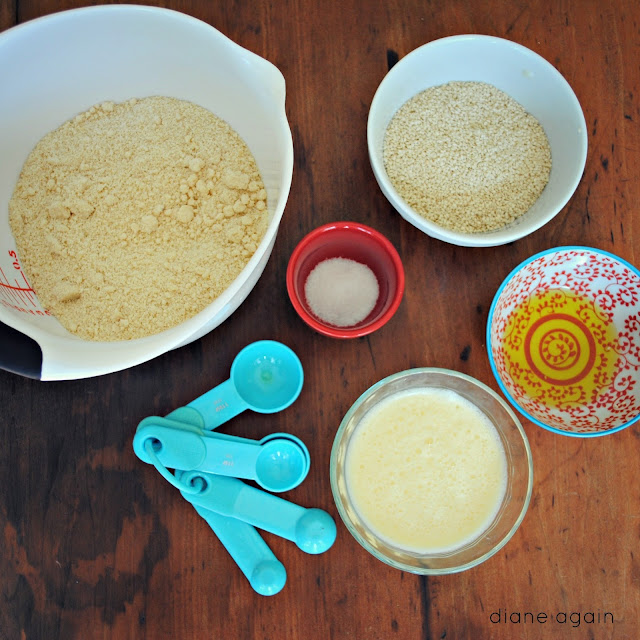 I was sitting in a hotel room in Bakersfield, California. It was after midnight, and still keyed up from my long day's drive, I was watching some deliciously bad TV.

Fashion Police, if you must know.

A young actress who was a guest on the show was telling about the time that her role in a movie required her to go on a no-carb, no-sugar diet for three solid months. No pizza, no cookies, no alcohol, she complained. It was a misery. The audience moaned sympathetically.

Hmm, I thought to myself. That sounds really hard. I think I'll do it too.

So here I am, two weeks later, eating clean and fiercely determined to see this challenge through.

And you know, it's kind of hard but not terrible. I eat a lot of oven-roasted cauliflower, fresh red grapes, stir fry minus the rice, and grilled steak. Ridiculously yummy.

But one thing I have been craving is crackers. Crispy, crunchy, nutty-tasting crackers. Mmm, yesterday I literally could not stop thinking about them.

That's when this recipe from Elena's Pantry found me. Using ground almonds instead of wheat flour, and lots of sesame seeds for extra crunch, this concoction looked promising. So today I whipped up a batch.

The ingredients were simple, the process of rolling out the dough between two sheets of parchment paper was fun. 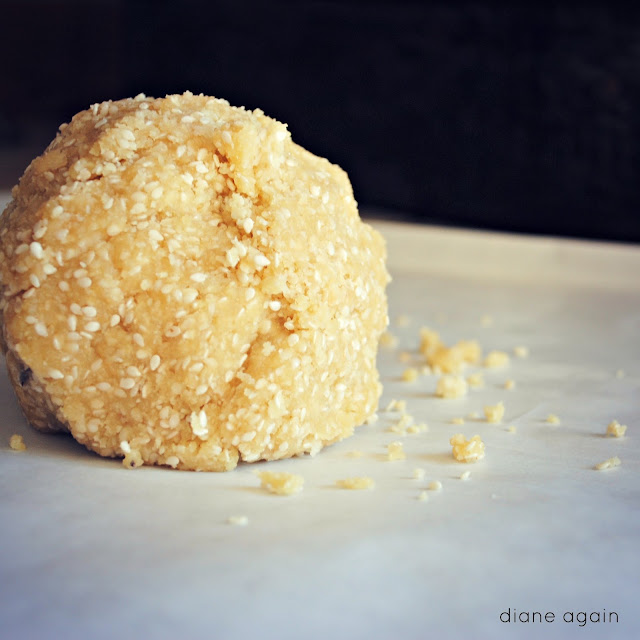 And the results were surprisingly delicious and oh, so satisfying. Especially with a tangy slice of cheddar cheese on top.

Did I mention that cheddar cheese is both carb- and sugar-free? 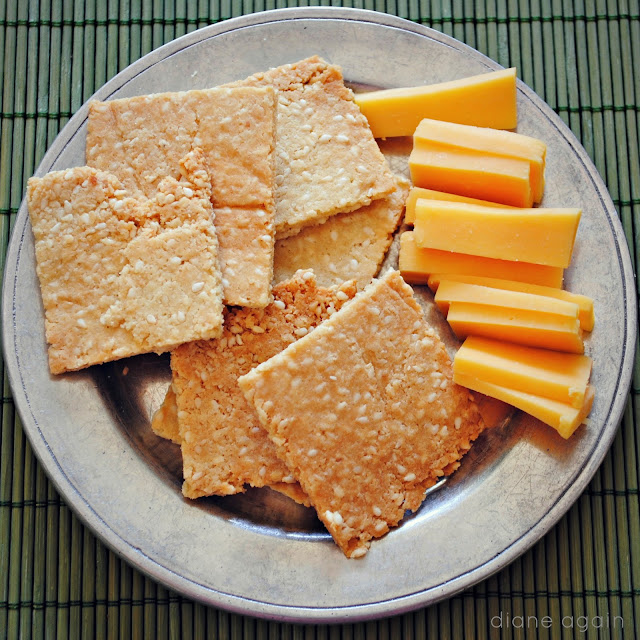 Now, I'll be honest. These tidbits are tasty, but the people who make Wheat Thins have nothing to worry about. When it comes to making a snappy, crispy cracker, carbs are definitely the way to go.

But from now till Thanksgiving, during the days of my carb-free challenge, I will be very thankful for these blessed sesame crackers.

Soup Therapy: Roasted Red Pepper and Tomato
A Mug Full Of Winter
Thank You Berry Much
Easy Dinners: The Frittata
A Storybook Salad
Smooth Operator
Posted by Diane Streicher @ Diane Again at 3:09 AM