The other day, a new red notification popped up on the little paper airplane icon that is my Instagram direct message feed.

Sadly, though the notification was new, the message was almost two weeks old, but this was the first I had seen of it. Instagram, sometimes you are a little bit drunk.

But when I stopped pounding my fists and gnashing my teeth in frustration over the delay, and got over myself long enough to read the message, I found a crazy delightful surprise: 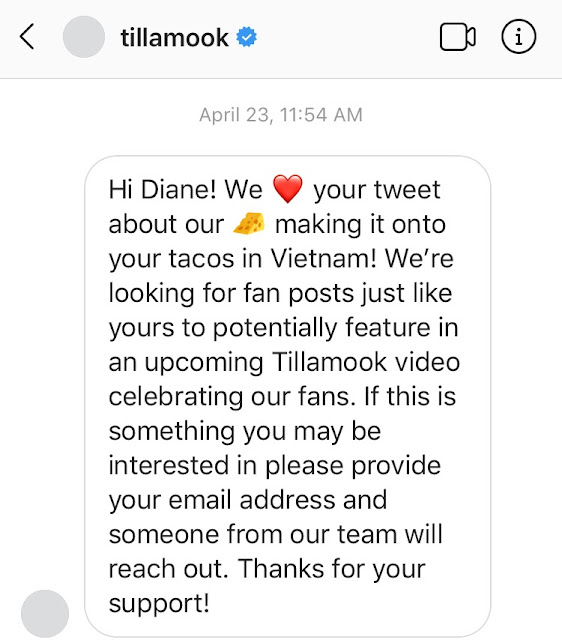 Tillamook, for you poor souls who live far beyond the Pacific Northwest, is an association of Oregon farmers who dish up about the best dairy products that this green earth has to offer. At this very moment, my fridge holds quite a treasure trove of Tillamook goods: 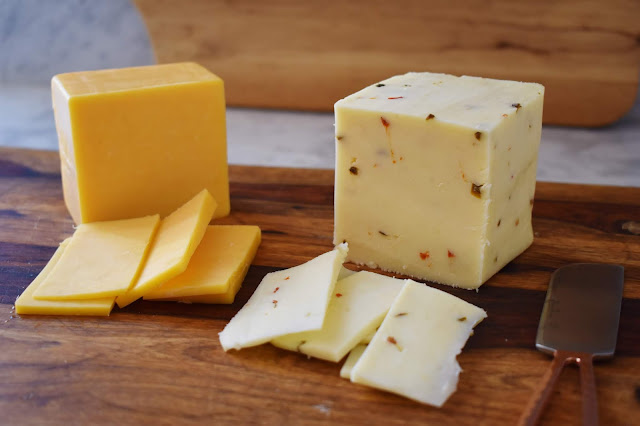 ^ My Tillamook love affair began as soon as I moved to Seattle in 1986, and first discovered these beautiful products with the kooky name in my new grocery store's dairy case. For pretty much every day of the thirty-three years since then, I've kept a baby loaf of medium cheddar in my fridge. Other Tillamook flavors make their appearances as we crave them - mozzarella, Monterrey jack, Swiss. Lately a loaf of pepper jack has been keeping my cheddar company.

More than any other food, Tillamook medium cheddar cheese has been a constant in our family meals. My four daughters each began eating Tillamook as tiny babies, daintily picking carefully cut tidbits of cheese off their high chair tray and popping them into their mouths with utter delight. I've flipped endless grilled cheese sandwiches, grated countless heaps of the stuff for tacos, enchiladas, and nachos, blended uncountable handfuls of cheese into roux sauces for macaroni and cheese casseroles. Cheddar cheese makes everything taste better, and Tillamook takes cheese from good to great. 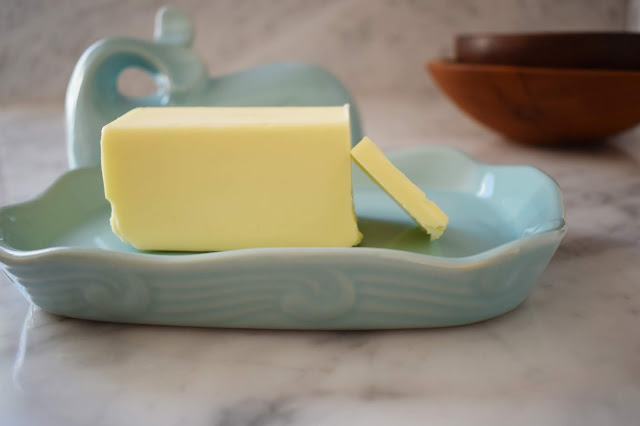 ^ Salted for everyday use, unsalted for baking, surely this butter comes from Oregon's finest dairy cows munching on green grasses in the Willamette Valley.I'm not sure that I can taste the difference between Tillamook and other butter brands, but my loyalty is unquestioned. 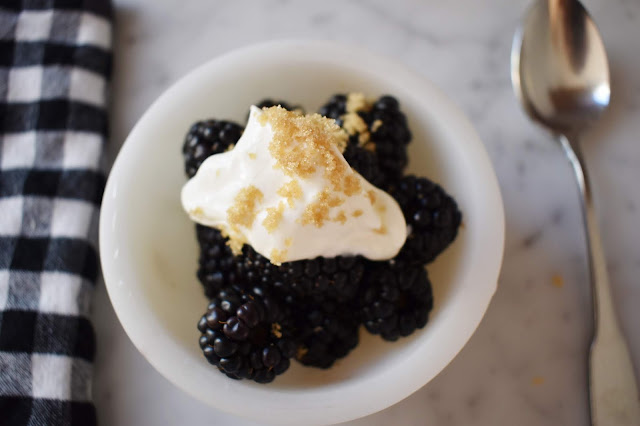 ^ I am a fiend for sour cream. Delicious as a topping on all dishes Mexican as well as fresh berries, this fresh clean taste improves many a homemade salad dressing and dipping sauce. 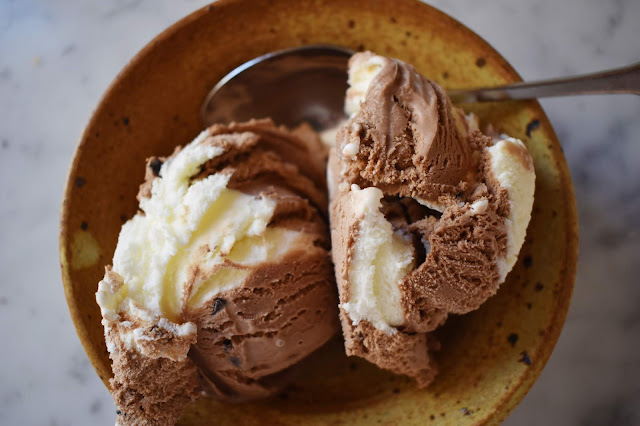 ^ Ice cream is my favorite dessert and Tillamook is hands down my favorite all-purpose ice cream. Old-fashioned vanilla and vanilla bean are our go-tos for pairing with fruity pies and crisps; mint chocolate chip is the tried-and-true choice around here to accompany my daughters' favorite chocolate birthday cake. And for just plain weekend treat-yourself time, udderly chocolate is unbeatable.

So due to my long, luscious love affair with Tillamook, to receive a DM from the powers that be at my favorite creamery was beyond exciting for me.

But what's this about using some Tweet of mine in a video?

I racked my brain to dredge up some context.

Back in 2014, as I was counting down the final days till I hopped a plane to Danang, Vietnam, to visit my globe-trotting third-born who lived there, she asked me for a special favor. Seems that she was planning to throw a taco party for some uninitiated Asian friends and wanted to tantalize their taste buds with the ultimate cheddar cheese.

She wondered if I might be willing to make room in my suitcase for a proper two-pound loaf of Tillamook's best.

Which I did. Without hesitation.

As I recall, this complicated my dealings with Customs. I declared my baby loaf of cheesy goodness, filled out an extra form or two, and talked my way past the investigating agent. The Tillamook cheddar was officially welcomed into Vietnam.

And then, on a steamy evening in a Danang high-rise, I grated that puppy down into a heap of delicious golden shreds and earned the immediate affection of a dozen hungry Vietnamese. Apparently, I also posted this Tweet:

A few weeks ago, some Tillamook marketing minion must have sifted through layers of dusty old Tweets and surfaced this five-year-old gem. Don't ask me to explain why said minion then reached out to me on Instagram rather than Twitter, because I don't get that at all. But the upshot of his or her efforts is that tonight I signed a legal release, allowing dear Tillamook to use my Tweet.

In exchange for the value of my wordsmithing, Tillamook has promised to send me a thank you gift.

All in all, I could not be more delighted about this surprising turn of events.

And I can't wait to see what they send me.

What started as an off-the-cuff tweet back in 2014 led to an interesting offer and a dairy industry fact-finding mission. Here's the full story:

My Tillamook Tweet
Checking Up On Tillamook
Thanks, Tillamook
Posted by Diane Streicher @ Diane Again at 2:33 AM