On April 20, 1999, when two troubled students tried to blow up Columbine High School, I barely noticed.

As the shocking truth of the incident slowly came to light - thirteen victims shot dead, bombs littering the school, and a well-documented attack plan left behind - I blatantly tried to block out the news.

Because at the time, I was busy with four little daughters of my own. And the terrifying character of the events in Littleton, Colorado - students killing other students - made me sick with pain for everyone involved. The story threatened to overwhelm my emotions, destabilize my energy, and throw my happy home into a tailspin. So with a strange mixture of compassion and self-preservation, I simply turned off the TV and went on with my life.

Fast-forward fourteen years. One sunny summer day last month, my third-born asked me, " Mom, what do you know about the shootings at Columbine?" Precious little, I realized. And the time was finally right to dig into the story.

For the next three weeks, I read and watched everything I could find on the subject. By far, the most interesting things I found were the definitive Columbine by Dave Cullen, and a sensitive, articulate essay by Susan Klebold, mother of one of the killers. Day and night, I sorted through the details of the case again and again, grieving for the victims, agonizing with the survivors, and despairing over the broken and lost young men who held the guns.

Then, without any planning or foresight, I suddenly realized that my family road trip was routed to pass within just a few miles of Columbine High School and the nearby memorial. This once-in-a-lifetime opportunity was perfectly timed to help me come to terms with my belated grief, and a quick stop in Littleton was hastily scribbled into our itinerary. 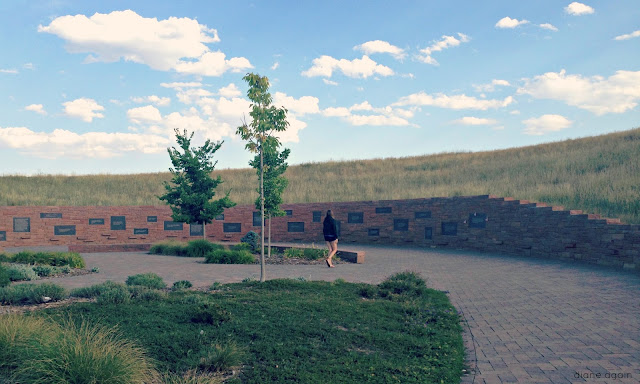 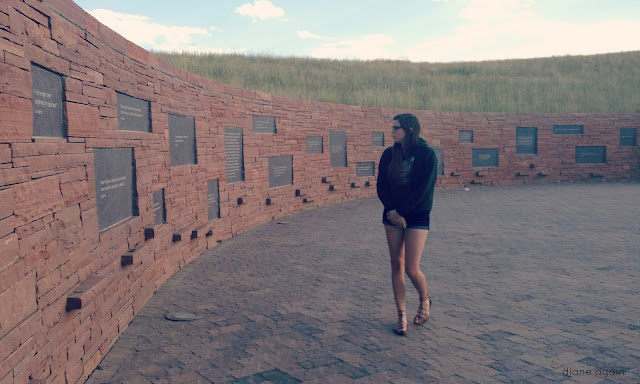 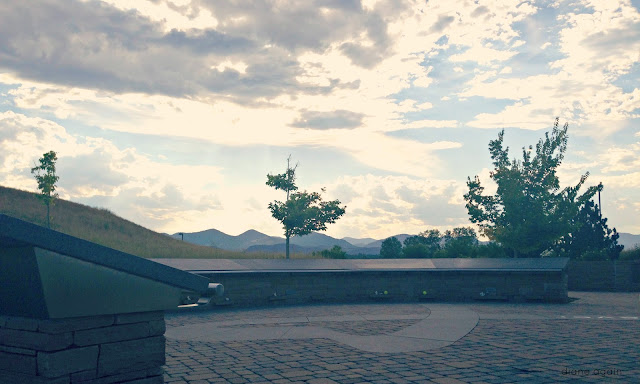 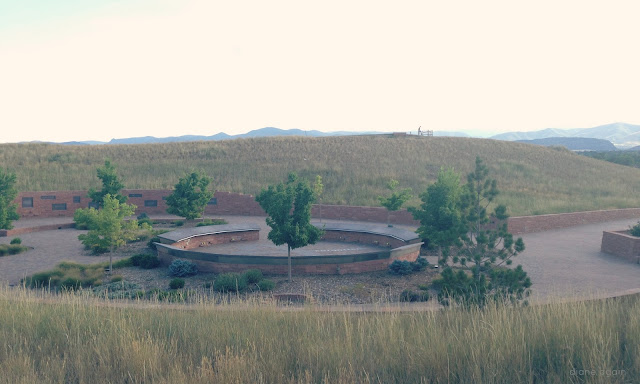 The memorial itself is serene and elegant. Tucked into the western side of Rebel Hill, a grassy mound that rises up beyond the school, the granite carvings and rings of trees offer a peaceful place to remember all that was lost on that April day.


We were alone in the memorial. That seemed strange, since the playing fields in the park surrounding the memorial were absolutely jammed with people and hopping with sports-related activity.

Then I noticed that there was a steady stream of people running, walking, and meandering up the curve of Rebel Hill. I could see benches on the summit, and a handful of folks up there, presumably choosing to rest on the hilltop, rather than in the memorial below. 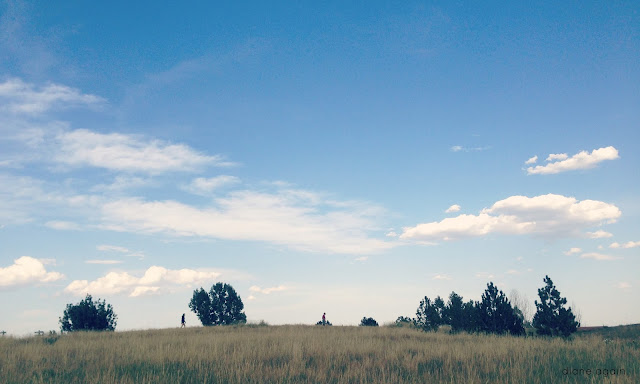 Interesting. I decided to go to the top of the hill myself. What I found up there is hard to describe.

Three miles to the west, the Front Range of the Rocky Mountains lifts up toward the heavens. Majestic, powerful, eternal, and grounding, these waves of bedrock are profoundly reassuring.

Whistles and cheers from the park fade into the distance, and the wind blows gently through the golden field.

Overhead, the enormous prairie sky is filled with color and light. High clouds reflect and amplify the sunbeams with a crisp white glow. 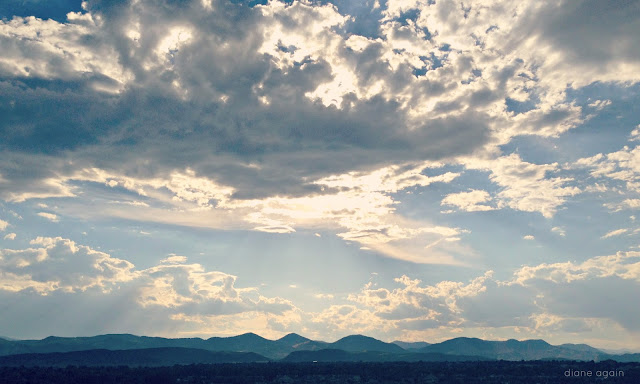 I was deeply moved by the wild beauty on Rebel Hill, and I understood why the others chose to venture up to the top.

Memorials are important and necessary. But they remind us of what has passed away.

True healing - the kind that purifies our hearts and steadies our souls so we can move on - comes to us on the hilltop. 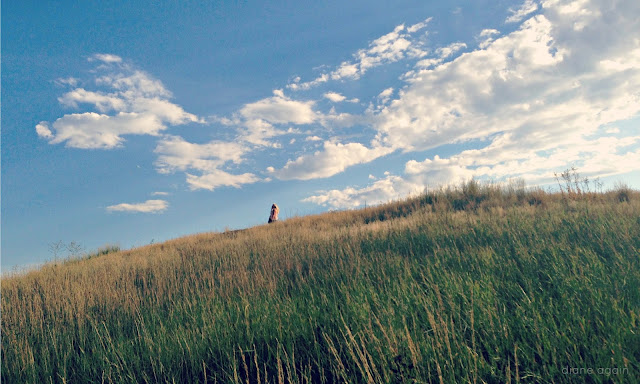 To learn more about my summer travels, read:

Email ThisBlogThis!Share to TwitterShare to FacebookShare to Pinterest
Labels: Art and Architecture, Inspired Learning, Travels Near and Far