It all started with a Pinterest post. I'm a sucker for anything that involves twinkle lights, origami and garlands so last June, when I saw this pin, it made a lasting impression on me.

Fast forward to early fall. As the light-filled summer days quickly gave way to the dark and cloudy skies of Seattle autumn, I knew it was time to break out some cheery twinkle lights for my kitchen window. Most years, I put up a string of basic white lights and then add some greenery and ornaments at Christmas time. 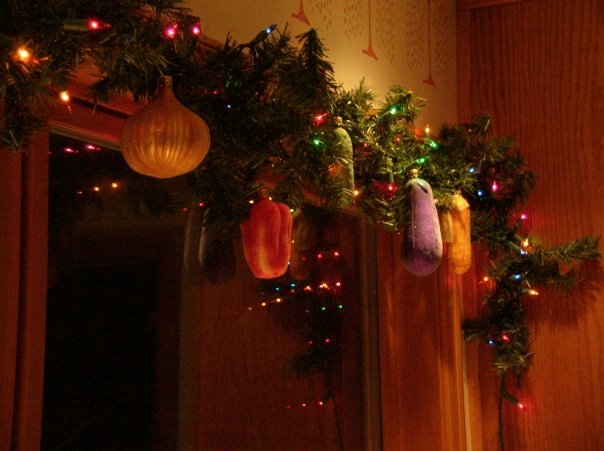 But this year, I wanted something that could be equally festive for Thanksgiving, Christmas and on into the dark winter months of the new year. I wanted crisp, bold and fresh against my new grey-blue walls. I wanted cheap and easy. Lo and behold, out of the corners of my brain popped the image of that lighted origami garland from Pinterest. Perfect.

Executing the dream was straightforward if a bit experimental. First, I tossed up a fresh string of 100 white lights. Wait. Did I really buy the kind with green wires?? Ew. No. Back to Target for the kind on white wires. Okay, much better.

Next, I found my stash of patterned origami papers. Thanksgiving was coming up fast so I decided to honor that poor decoration-deprived holiday by choosing some orange slash gold designs. Using the tutorial from the Pinterest post, I folded all the papers I had on hand and ended up with... 40 boxes. Shoot. Less than half of what I needed to cover my 100 light string. Well, another trip to the store was obviously in order, but to meet my immediate need for accomplishment, I went ahead and put those 40 on the string of lights, spreading them out along the full length of the string.

Hmm. I liked the variation of boxes and bare lights. What if I scrapped the idea of more origami paper and used plain white paper to make boxes for some but not all of the remaining lights? Thirty boxes later, I was happy with the finished look. What do you think? 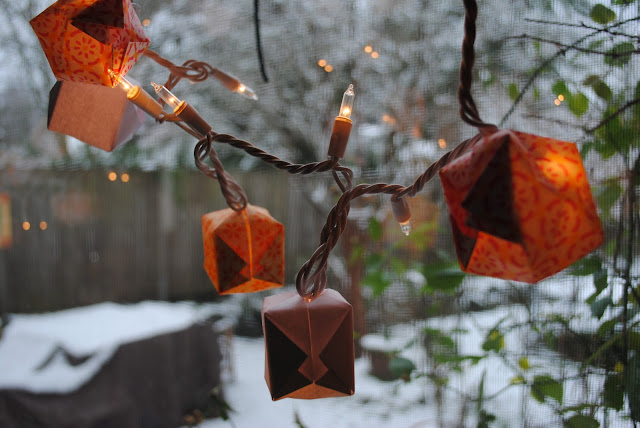 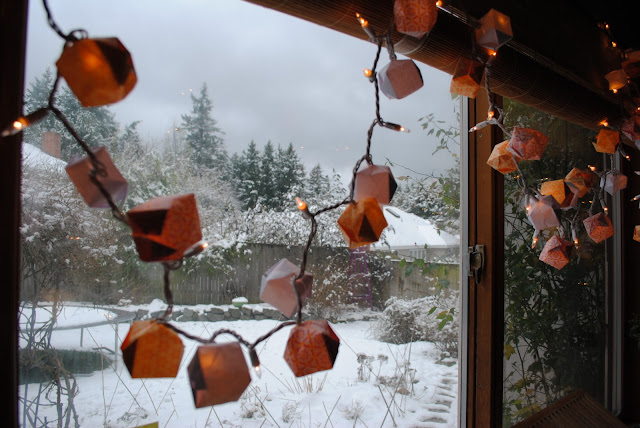 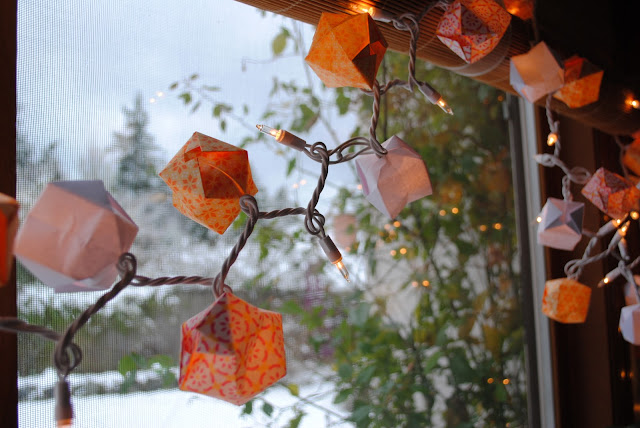 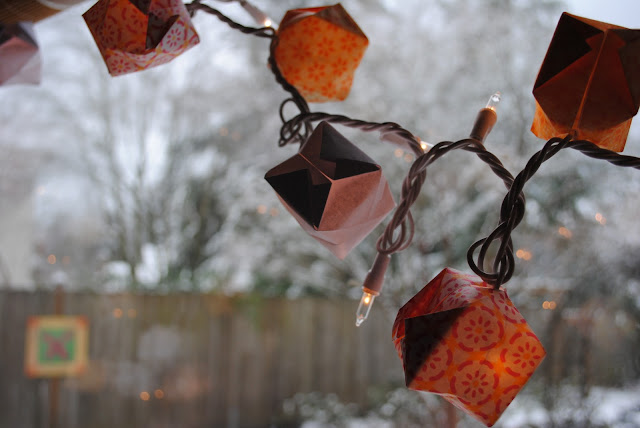 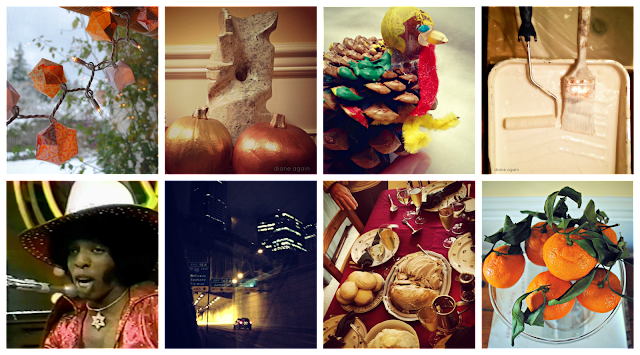 Read more stories about preparing the house for Thanksgiving: