He Would Look Good Wearing An Ammo Belt 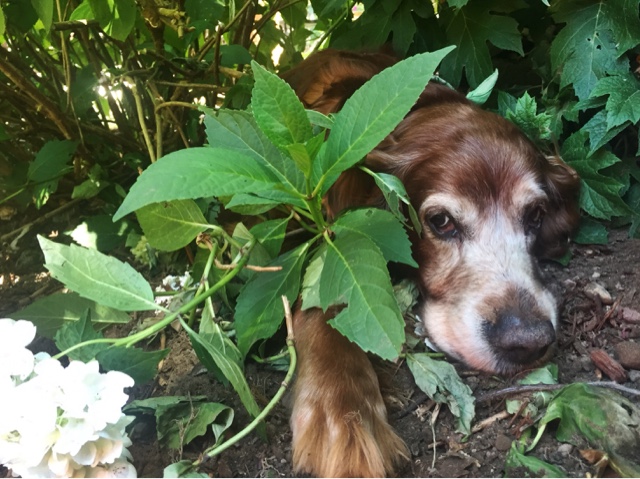 And when I'm not being mistaken for a Wookie, you can find me lounging under the hydrangea bush.

They were right behind me when I heard one say:

I grinned to myself as the boys rolled past me, single file.

Several meters up ahead, Ranger courteously squeezed himself to the right edge of the sidewalk, allowing plenty of room for the still-chortling boys to pass.

As the last one slipped by, he smiled down at Ranger and said, "Hi Chewie."

Ranger looked up at him and wagged happily.

And I laughed to myself for the rest of the walk.
Posted by Diane Streicher @ Diane Again at 11:14 PM