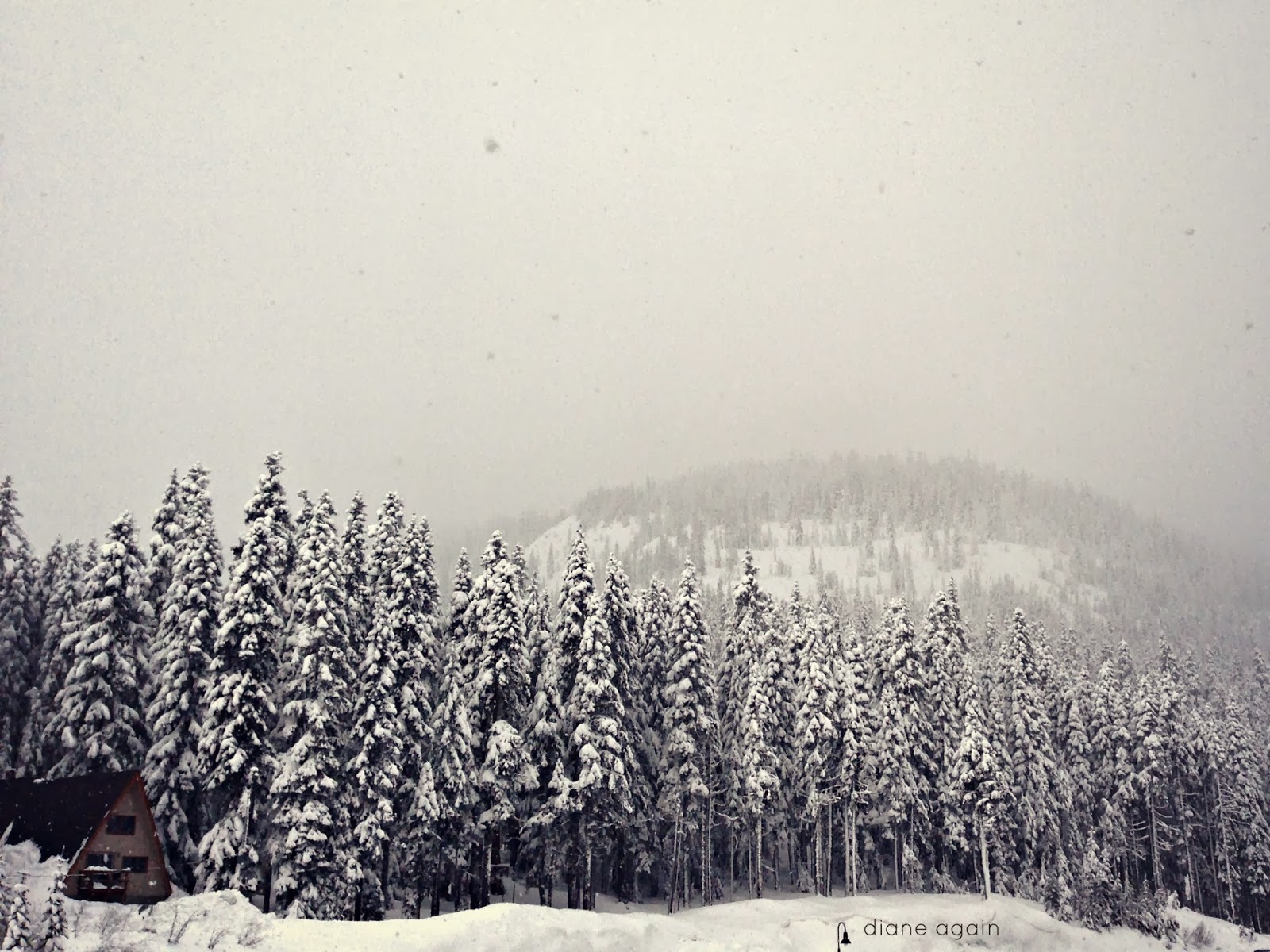 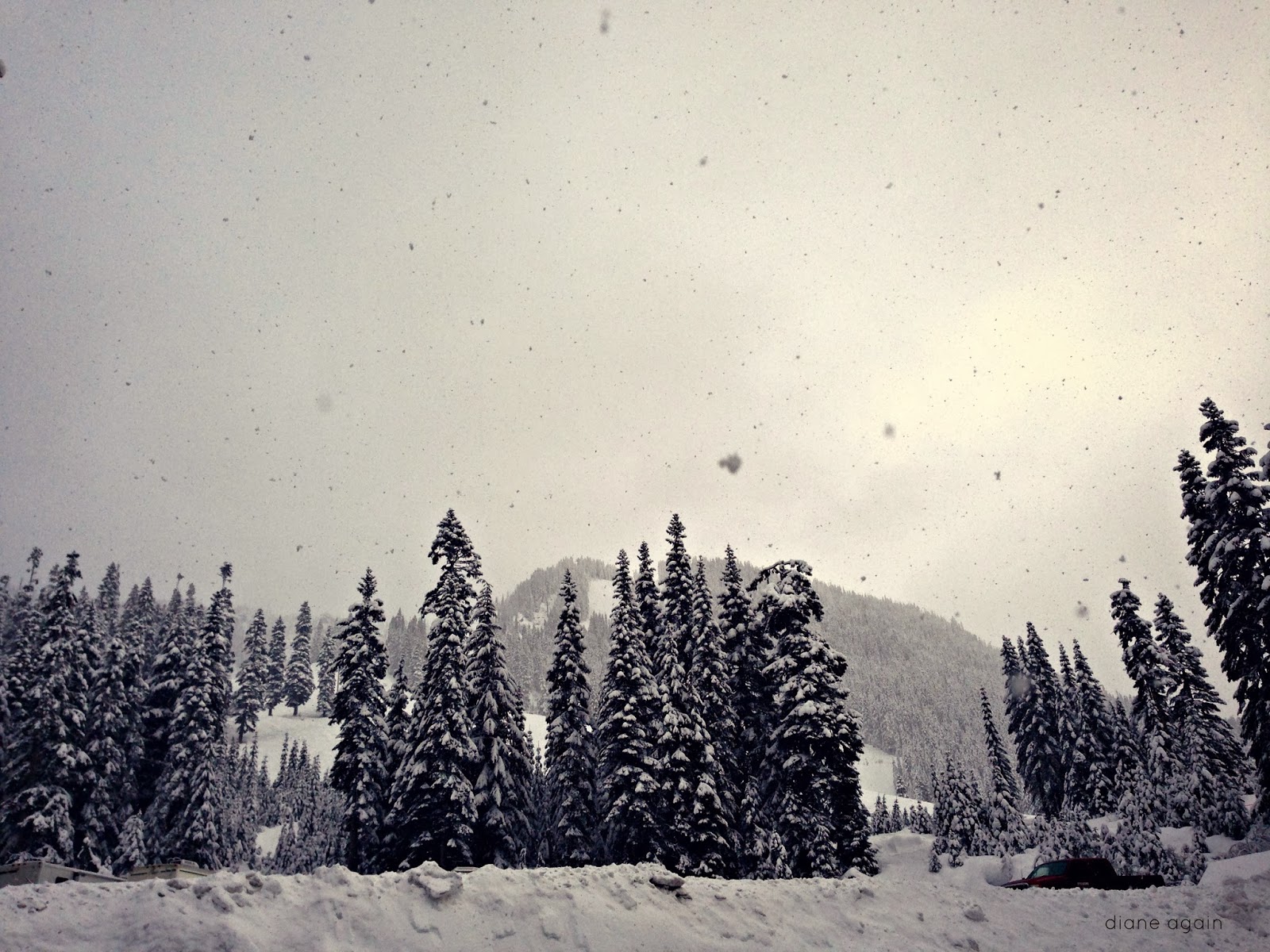 ^ When this is the view from the parking lot, you know it's going to be a good day.

Yesterday was the perfect all-mountain day at Stevens Pass.

Yep, it was an ideal trifecta of conditions, and in order to appreciate the full glory of this bonus, I should explain a few things.

Any post-modern ski resort is more than just a hill with a chairlift. In order to provide skiers and snowboarders with a full range of snowy options, these alpine playgrounds feature (at least) three different fun zones:

The Groomers
Wide, white paths that lead downhill at user-friendly angles, the groomers are what most people picture when the phrase, "ski slope" enters their brain. These runs are well-labeled, sorted according to difficulty, and often lit for night skiing. During the wee hours, huge tractors come out of their hiding places and roam across them, grinding the snow to freshen and loosen it up for the next day's ride. This process, called "grooming," is what earns these highly popular and often crowded areas the name of "groomers."

The Parks
For those who want more than just a simple trip down the hill, consider the terrain park, where going up is as popular as coming down. Imagine a skateboard park covered in snow, and you'll have the general idea. There are man-made features - boxes, rails, tabletops - as well as devices created from the snow itself - jumps, hips, and a big ol' half pipe. Skiers and snowboarders alike test their courage and skills against these fiendishly tricky challenges, and the typical park riders are young and male. Because testosterone.

The Off-Groomed
Beyond the groomers and the parks, most resorts cover considerably more territory. While not formally maintained, these "off-groomed" areas are relatively untamed - though they are monitored for dangerous obstacles - and open for exploration. Windswept ridges, hidden meadows, winding trails through the woods - with a little creativity and sense of adventure, one can find all sorts of interesting diversions and private play spaces in the off-groomed areas. 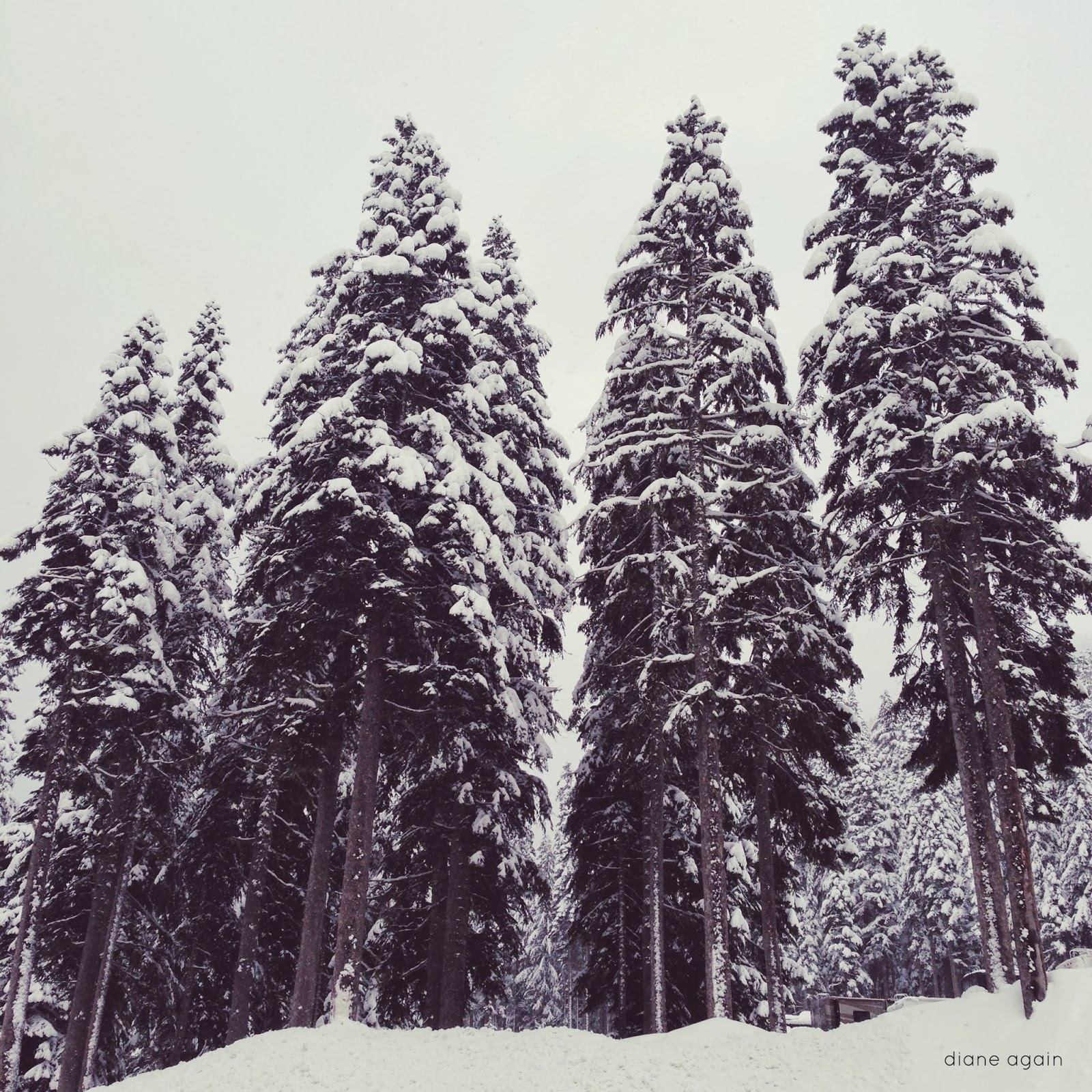 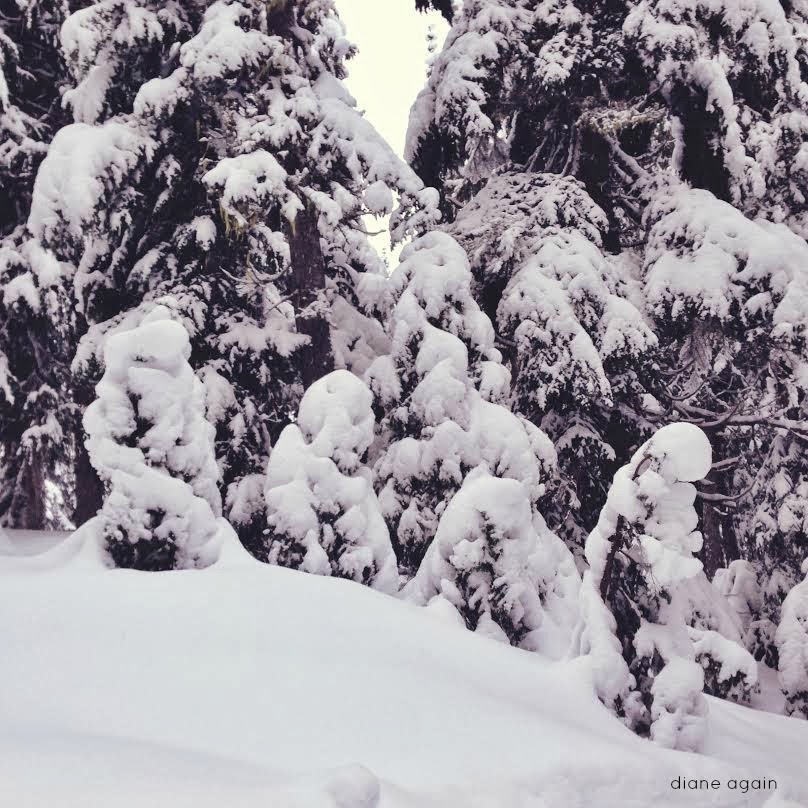 Here's the thing. I love all three. But the weather and snow conditions often favor one of these zones over the others, so on the average day, I go to wherever the most fun is to be had.

Yesterday, however, was one of those glory days where the groomers, the parks and the off-groomed were all equally amazing. The whole mountain was velvety soft with a nice fat snowfall earlier in the week, and a few inches of fresh overnight.

And while any day at Stevens Pass is a good day, an all-mountain day is the best day of all.