Adventures In The Woods 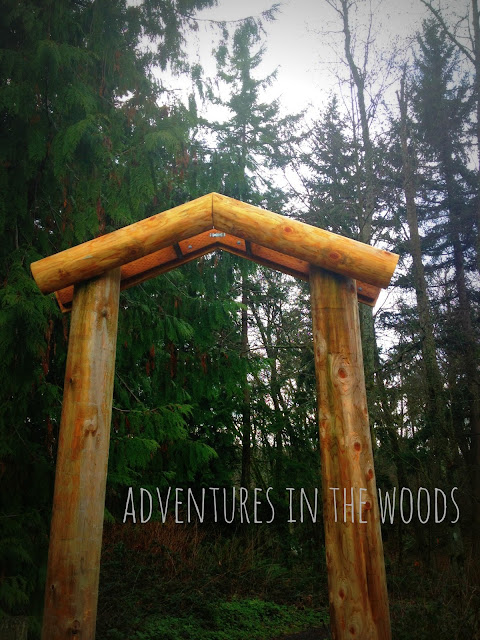 On Friday, Ranger and I broke out of our usual walking routine to take a hike in the woods. Stuck at home on a day when I was craving the excitement of the snowy slopes at Stevens Pass, I was happy to find that there were many adventures to be found in the nearby forest.

The trail system in my hometown threads its way through the bottom lands of our second-growth Pacific Northwest forest. So the first part of our trail led us down a very steep, rain-soaked hillside.

Luckily, there were strong, sturdy stairs built into the steepest sections of the descent.

Unluckily, Ranger did not want to take the stairs. He preferred to take his chances on the bare earth.

Luckily, we agreed to a compromise: I opted for the stairs, he went four-wheeling across the rough terrain.

Unluckily, Ranger wanted to go a lot faster than me. And once he gets going, his 70 pounds of muscles and Irish determination can create quite a force of momentum.

Luckily, we both reached the bottom of the ravine without aerial somersaults or uncontrolled sliding. Whew. 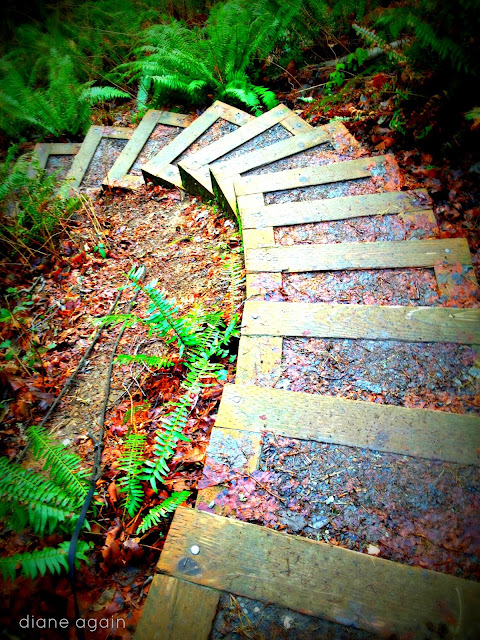 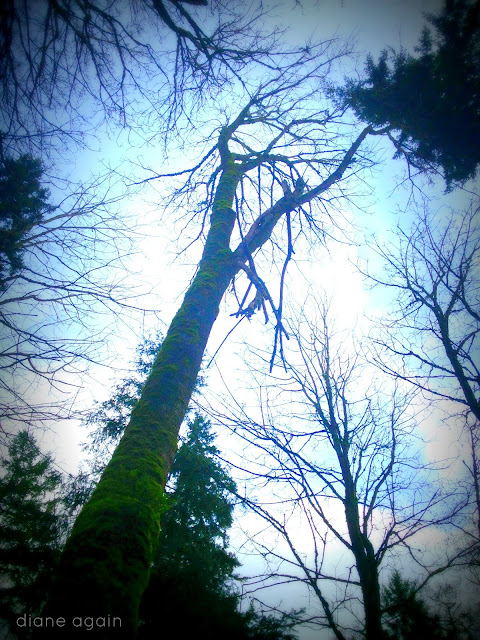 Deep in the ravine, all of the sights and sounds of civilization faded away, and the trail was peaceful and calm. Except for the mud.

For the most part, the trail was well drained and firm beneath our feet. But here and there, Ranger and I came across sections of deep, sludgy mud. Crossing such a quagmire was neither peaceful nor calming. It was annoying. And after tromping through six or seven beds of slop like this one, I considered turning back. 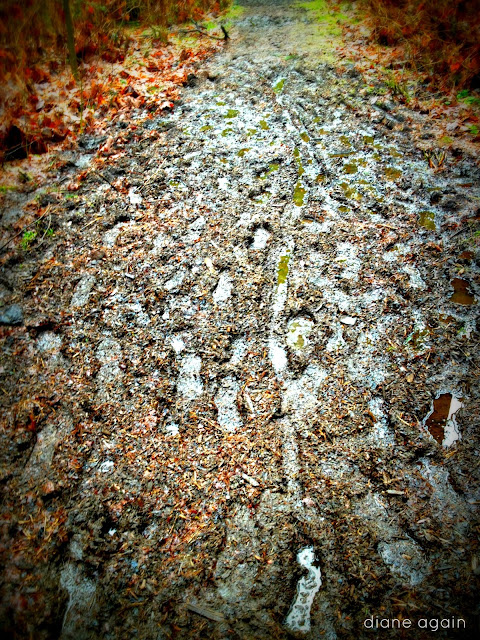 But in the midst of navigating these recurring bits of quicksand, I learned something interesting about Ranger. He has an uncanny ability to find the driest, firmest route through the mush. After realizing that his paws were a lot less muddy than my shoes, I began to follow his lead and found the going much easier. Problem solved, thanks to my red, furry trail guide. 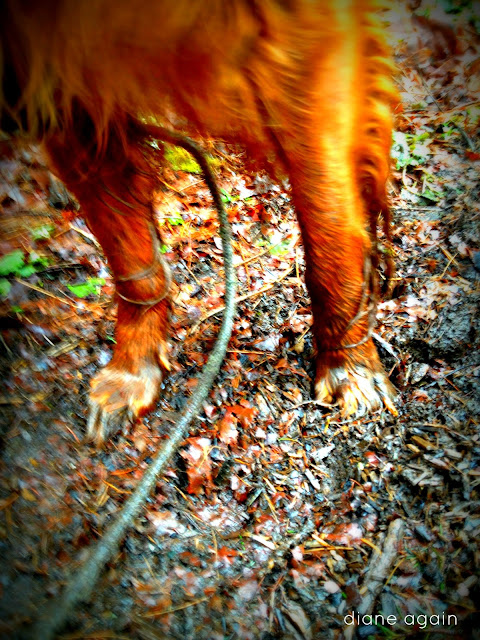 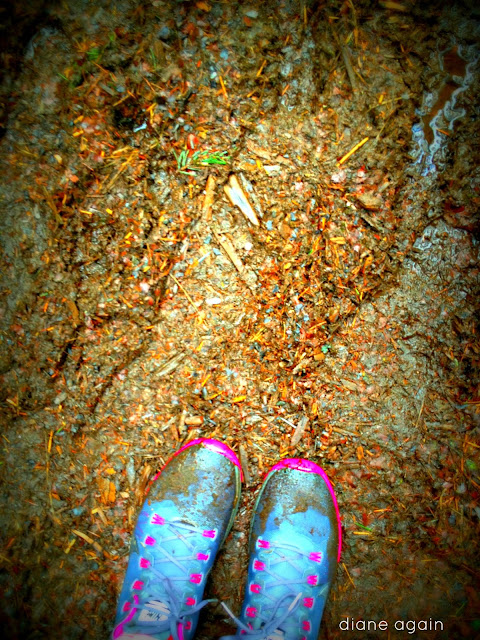 Once we got past the worst of the mud, the going was a lot more fun. This aptly-named Big Gulch route follows a burbling forest stream and wanders among the Douglas firs and huge green ferns. I love that I live in Ewok country, and if a little pack of those furry hunter-gatherers suddenly popped up in front of me, I wouldn't be surprised in the least.

Which got me thinking about what might else pop up in front of me. Cougars used to prowl these woods, and I can remember when several were sighted in the greater Mukilteo area. And every now and then, a bear will turn up in a Seattle suburban forest. Yikes.

My imagination ran wild. Drug dealers, suicidal maniacs, alien starships, descendants of Big Foot. Who knows what I might encounter along this path? And while the sensible part of my brain quietly reassured me that odds were pretty good that I would make it out alive, I did enjoy scaring myself with these fantasies, and imagining how I would defend myself against those rabble-rousing Ewoks. 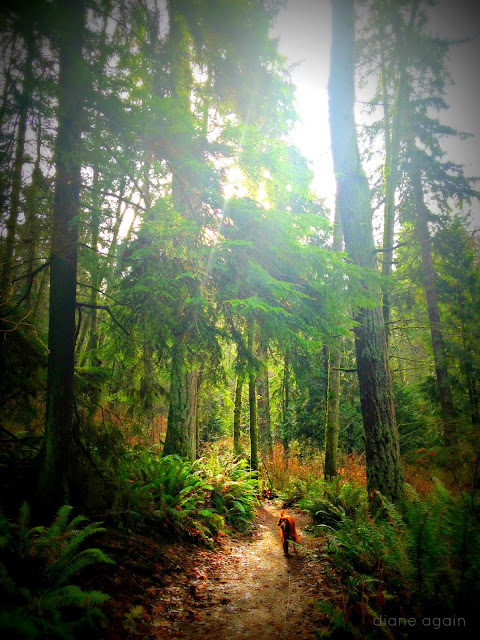 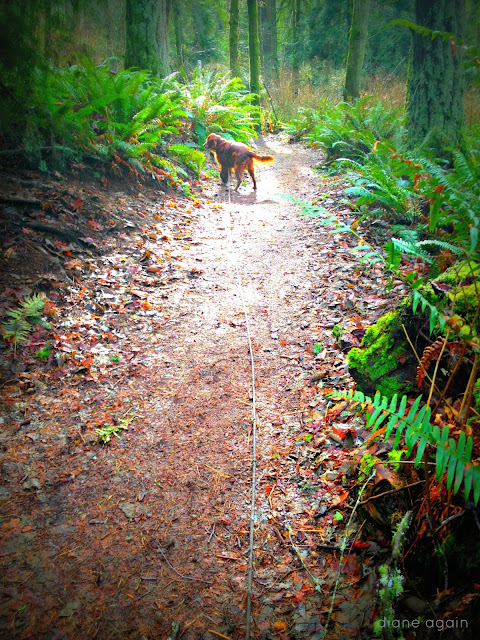 The forest was quiet during our visit, and Ranger and I had the place almost completely to ourselves. But as we passed a wide gravel grade that intersected our trail, Ranger glanced up the hill to see...people!!

Here's the thing. Ranger is perfectly fine with meeting new human beings, but when he is out in the world smelling delicious scents, he really doesn't care to interrupt his fun to greet them.

However, dogs are another matter. Even if he is fully engrossed in his hunt, an encounter with another dog is a welcome break in the action.

So when Ranger sighted these two little dogs marching away in the distance, he stopped his sniffing and froze in his tracks. Tail whipping back and forth in mad delight, he began a campaign of verbal persuasion in the hopes of convincing the dogs to come see him.

In other words, he whined. He barked and fussed and begged and pleaded and whined some more.

But it was to no avail. The dogs' human continued to march them up the hill, and Ranger's hopes were dashed.

Luckily, Ranger's emotions recover quite quickly. In about two seconds, he was back in high spirits and ready to resume our mission. 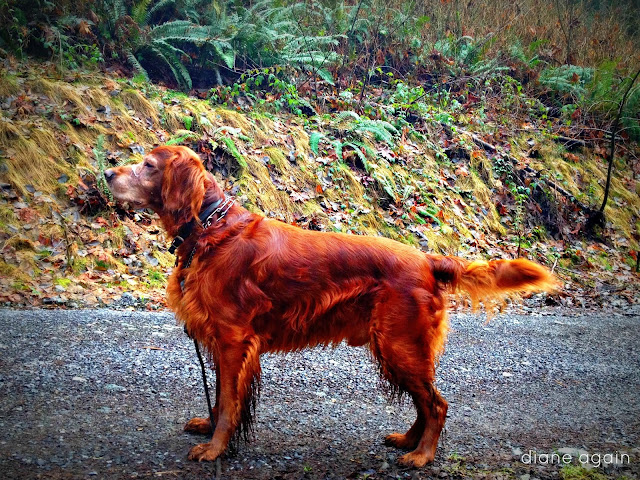 As our trail meandered through the ravine, we passed over a series of little wooden foot bridges and boardwalks. Ranger is not a fan of such devices; it makes him jumpy to look down and see open space beneath his feet.

So he will cross a bridge when he must. But if Ranger can see another option, he will take it. As shown here, he is perfectly happy to hop down off a perfectly useful bridge, forge the stream and make his own crossing, having quite a bit of splashy fun along the way. 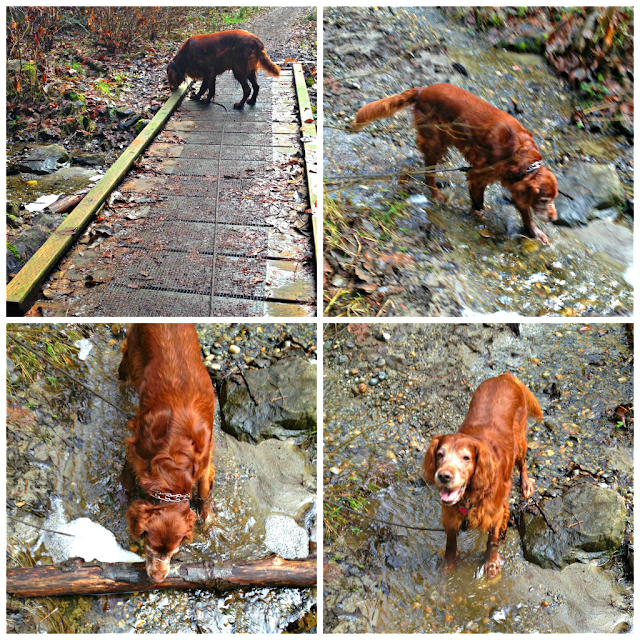 Almost imperceptibly at first, the trees began to thin and our trail sloped gradually upward. The stream along the side of the trail began to appear as a series of waterfalls, rushing down in the direction we had just come. Sunshine flooded the ever-widening glade and I knew that our adventure walk was coming to an end. 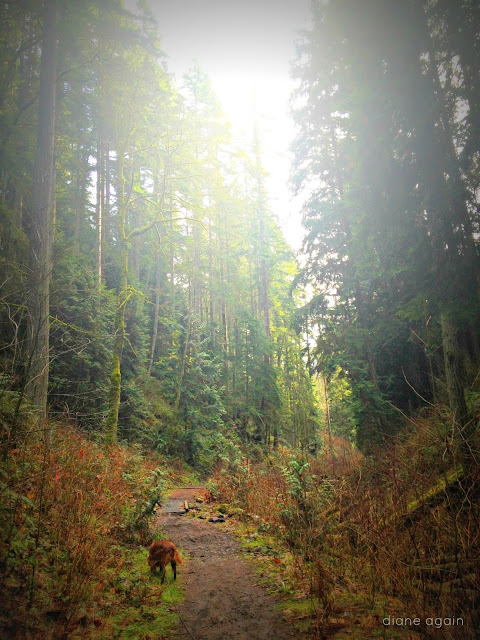 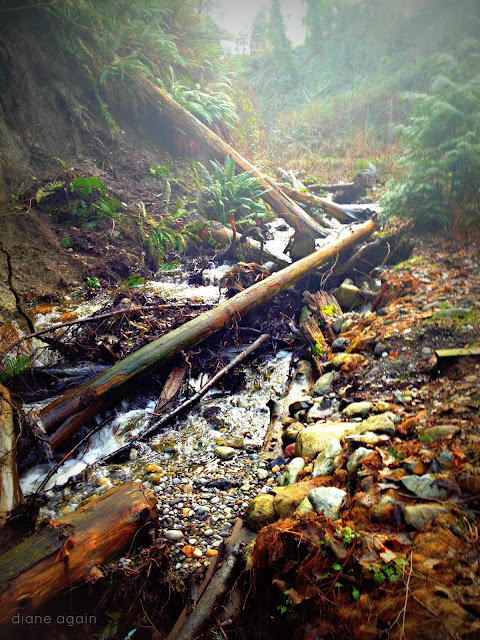 But there was one more surprise waiting for us. Kids! The nearby high school had just dismissed for the day, and a few small groups of students had wandered into the top of the trail head, enjoying the solitude of the forest for their private talks and laughs.

Since Ranger was walking way ahead of me on his 30 foot lead, I was amused to see the students' shocked expressions as a big, red, and very muddy dog suddenly appeared on the trail. Ranger simply continued to march along, nose glued to the ground and tail wagging, strictly business. The boys laughed, the girls said, "OMG, he's so cute!" One cheeky lass even told him that she loved him.

And Ranger, devilishly handsome rogue that he is, would stop for a brief greeting and then soldier on, focused on his important mission of sniffing.

That's one of the great things about Ranger. He sees his life - especially his life outdoors - as one giant, exciting adventure after another. And when I spend time with him, his infectious spirit rubs off on me.

As we hiked the last few steps out of the forest, the library appeared on the other side of the bank, and ahead, I could see the cars passing on the nearby street. 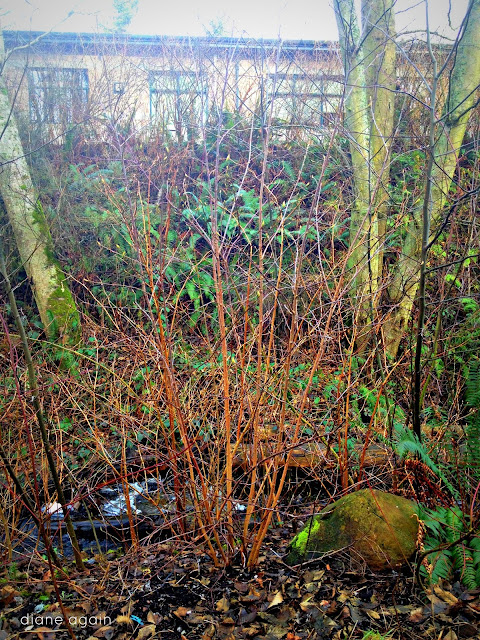 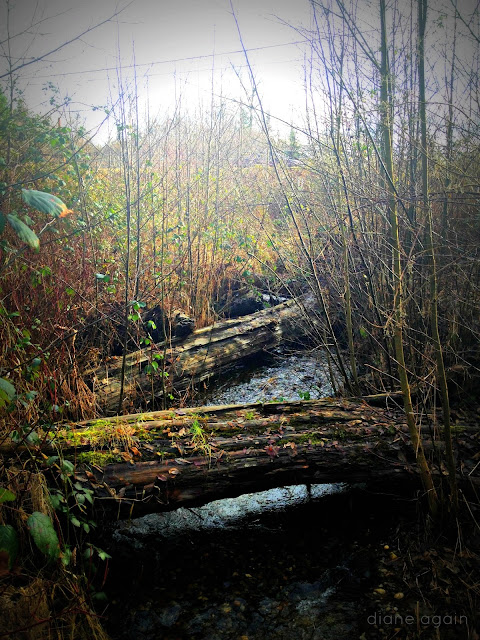 In all truthfulness, we had been just a stone's throw from civilization all this time. But in Ranger's mind - and mine too - we had been on a journey of exploration and danger to rival the quest of Lewis and Clark, and we were lucky - even exuberant - to be alive!!

And that is why Ranger and I both love to go on adventures in the woods.

Camping: It's All About The Memories
My Secret Place
The Woods
Wilderness Adventure: Part 1
I {Heart} My Secret Place
Posted by Diane Streicher @ Diane Again at 11:24 PM