Take Me Out To The Crowd

Went back to Safeco Field tonight to watch the Seattle Mariners and the Boston Red Sox duke it out in the second of this three-game series. Although I was just at the stadium yesterday, I challenged myself to find some new photographic inspiration: 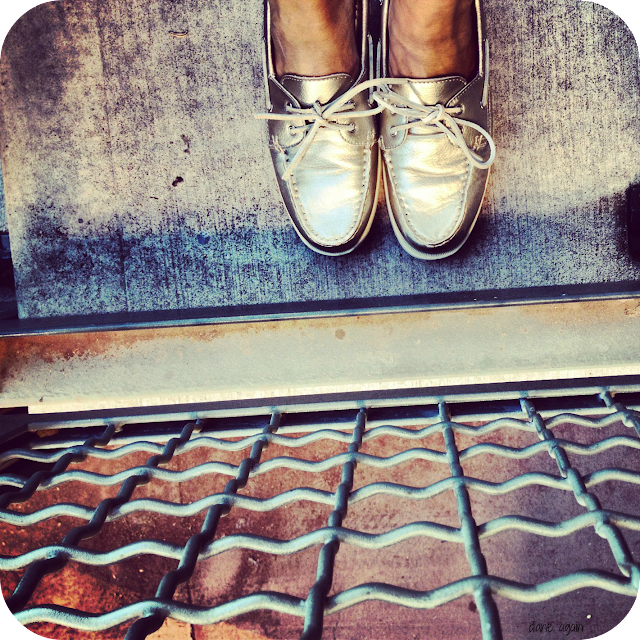 Look, I got new shoes!! I'm not the sort of person who typically buys a lot of shoes, but this pair was a necessity. See, I accidentally spray-painted my feet black today. While wearing flip-flops. Oops, not a pretty sight. And the only pairs of summery shoes I own are strappy, open, sandalish sorts of things and this was not the right look for my patchy black feet. So when I was making a quick Target run for some groceries before the game, I popped over to shoes and found these gems. I've been thinking about buying their ridiculous golden goodness all summer long, and in my moment of need, the price had dropped to a mere $12.48. I know. Insanity.

Before the first pitch, I entertained myself by trotting around my seating area at Safeco Field, looking for a good backdrop for a foot photo. I kind of love the way this one turned out. 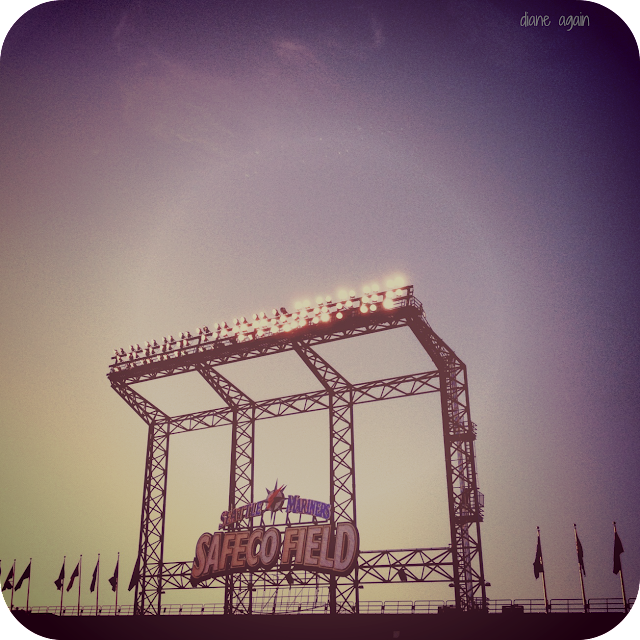 Another glorious blue sky day for baseball, though this was a night game so the sun was dropping and the lights were on from the start. As a Wrigley Park devotee, I have mixed feelings about lights on baseball fields - the home of the Chicago Cubs refused to install lighting for night games until well into the 1980s. While I have come to love the drama and excitement of nine innings played under the bright lights, I still appreciate the spunk and resistance of the little club that held out against this form of unwelcome progress for so many decades. Go, Cubs! 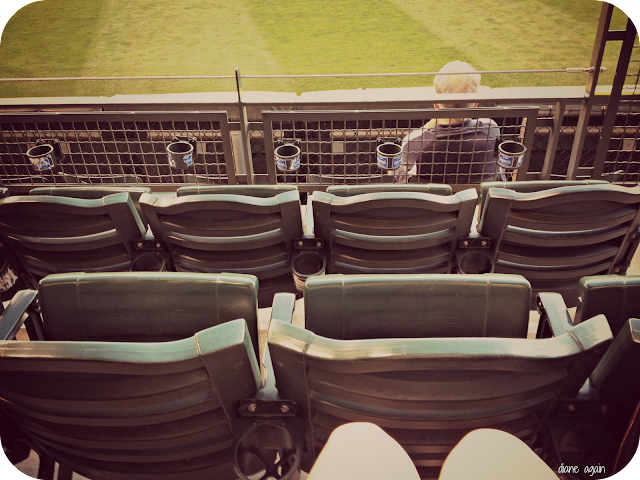 Stadium seating satisfies a weird need in me for neat orderly geometries and crisp design. The spacing of these empty seats, the square wire grate, and the rhythmic row of cup holders just sing out to me. Love the OCD feelings that swell up in me when I look upon this perfection. 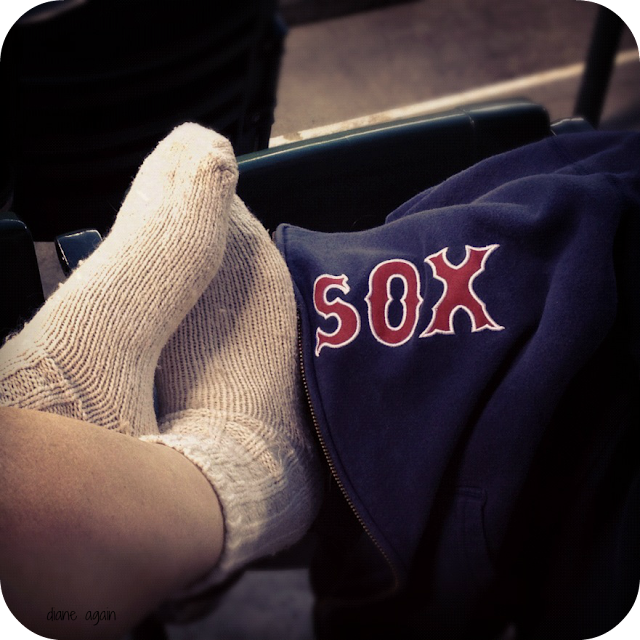 Alright, let's be honest. Cute new shoes aside, my feet always get cold at ball games. Which is why I always bring socks. I know, I know...I could wear warmer shoes to begin with, or I could throw on a pair of jeans, for heaven's sake. But there is something fun about pretending that it will be a nice warm summer's evening at the ball park, perfectly suited for shorts and sandals, when in reality, I know I will always be on the verge of hypothermia by the second inning. Which is why I pack woolly socks. And  two sweatshirts - one to wear conventionally, one to cover my legs. 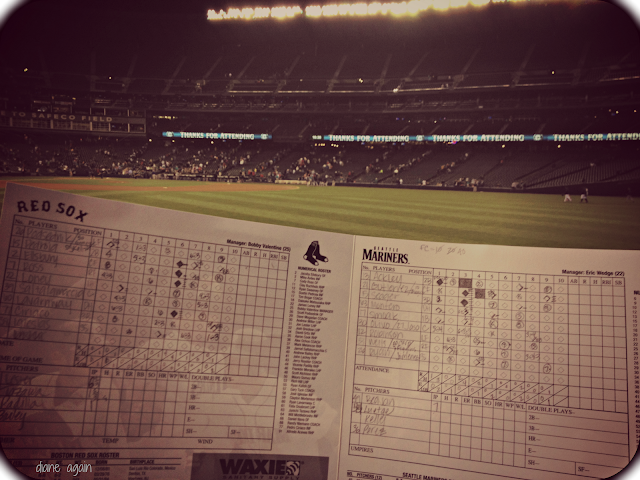 A ball park is a hodge podge of multisensory bombardment and overstimulation. Flashing monitors, snippets of music spanning the decades, delicious smells from the surrounding grills, and opportunities for first-rate people-watching - I get distracted between pitches. In order to stay focused on the game, my secret weapon is the scorecard. By scoring the game, I obsessively follow each batter's turn at the plate, each ball put in play, each change in the line-up. I find it enjoyable and relaxing to use the clever code developed to record all this activity on paper, though I suppose that makes me a bit of a nerd.

But still, if I wanted only to watch the action on the field, I would be better off staying home. Going to see a game at the ball park is about so much more than just the game. There comes a time for putting down my scorecard to grab a handful of popcorn, spy on the people in the next row, try to guess which cap is hiding the ball, or be a part of the wave. Gotta love being part of that rowdy, good-natured, all-American baseball crowd.

Gomo Kelate Gomo!
GKG Glory
Take Me Out To The Ball Game
Buy Me Some Peanuts And Cracker Jack
Sticks And Stones May Break My Bones
My Outing With Pjoe And Amy
As American As Apple Pie
#yolo
Hello At Last
My Twelfth Men
Tonight Is The Night
Face-Off
Posted by Diane Streicher @ Diane Again at 2:33 AM