How Walt Disney May Be Ruining Your Life

In the never ending source of amusement and joy that is my Facebook feed, I recently ran across an article with an irresistible title and a fascinating premise. It's called 10 Ways to Avoid Marrying The Wrong Person and it is chock-full of rock solid, common sense advice. When you open the link to the article, you'll notice a photo of an old, wrinkly, comfortable-looking couple who convey the sense of bedrock and deep abiding love that well-married people often have.You'll also notice some Islamic references but please know that these wise words are entirely applicable to believers of any faith, or for that matter, believers of no faith at all. No matter what your religious convictions, marital status or opinions on marriage might be, you should read this article.

But for now, let me give you a quick summary. The author is encouraging us to carefully and honestly examine the character of our potential partners before we allow our emotions and physical desires to hijack our intellect and objectivity.

That advice is so simple and obvious that it is almost shocking.

Why do we need an article to remind us of such basic reasoning? Of course, we all want a marriage partner who is a good and decent person. We all want to make a strong, well-reasoned decision about who we invite to share the rest of our lives. We all want to live happily ever after, don't we?

With that question, we find the beginnings of the answer. This man is a big part of the problem:


More precisely, it's the man behind the mouse to whom I refer.


A stripped-down summary of Walt Disney's fairy tale life goes like this. Early on, Disney discovered a passion and an aptitude for drawing. Along with his brother Roy, he moved to Hollywood, set up a cartoon studio and in fairly short order, developed the character of Mickey Mouse. By his early thirties, Disney's Mouse had skyrocketed in popularity and the obvious question became, "What will Disney do for an encore?" The answer became clear a few years later with the release and overwhelming success of Disney's first animated full-length feature film, Snow White and the Seven Dwarfs.

Now, Walt really knocked this movie out of the park. He won awards, he broke down barriers, he garnered critical acclaim. And also, probably most unwittingly, he began to instruct young men and women about how to choose a marriage partner. Listen to what Snow White has to say on the subject.


Her message is simple and clear: Falling in love is easy. You just wait for a man who has it all - looks, body, charm and a position of power. He will sweet talk you and tempt you with physical affection; you will be powerless to resist. He will take you away to a life of comfort and ease and together, you will live happily ever after.

{Yes, I paraphrased Snow White's exact words. But only just a little.}

And thus the Disney princesses' reign of misinformation began. One after another, animated beauties appeared to teach us these same truths over and over, in a seemingly endless parade.

As Disney's films became increasingly heralded as childhood classics, the power of his princesses' messages grew, first in the United States and then in worldwide popular culture. Factor in the technological leaps and bounds that brought movie-viewing into the home and under the control of any toddler who could jam a videotape into a VCR player. Consider the reinforcing energy produced by the toys, lunchboxes, pajama sets, umbrellas, picture books, sleeping bags, t-shirts and countless other items that bear the princesses' images. Reflect on the truth that many a devoted parent encourages Disney princess love and considers their movies to be harmless and fairly wholesome family fun.

And of course, Disney princesses ARE fun. And fairly wholesome too.

But consider how the princesses and their Prince Charmings have taught us to think about marriage:


"Women, be cute/pretty/beautiful and wait patiently. Do some good deeds and be as clever as possible. But when a hottie comes along and sweeps you off your feet with his emotional and physical advances, give him all you've got. And then you'll both live happily ever after."

"Men, you had better be handsome, fit, brave, powerful and, of course, charming. Be emotionally and physically aggressive because that is what women like. If a woman truly loves you, she will give up everything to be with you. And then you'll both live happily ever after."

This sweet and precious fairy tale advice is on a collision course with the insights of our 10 Ways to Avoid Marrying The Wrong Person author, is it not?

Anyone with a clear head and some common sense probably realizes that the Disney princesses are leading us down a dangerous path. Certainly, anyone who has been married for more than 20 minutes can see the folly of their ways.

But if you were young, in love, and looking for your "happily ever after," which couple would you want to believe? 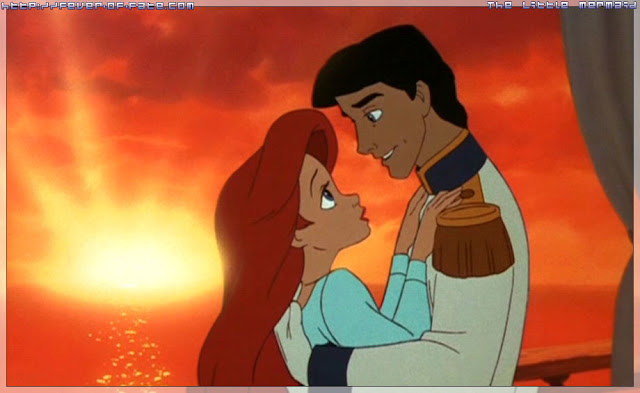 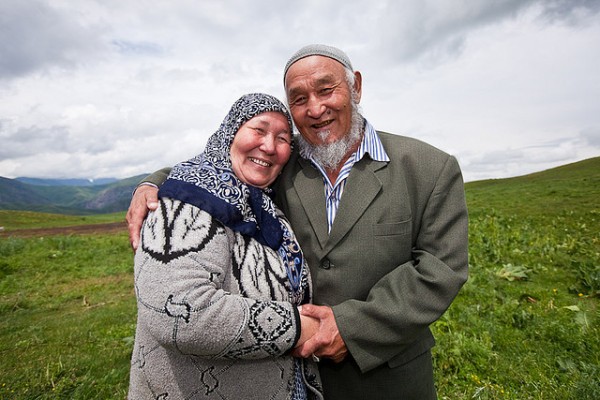 My other musings about marriage:

My Big Fat Malaysian Wedding
Three Things I've Learned About Marriage
Malaysian Mail Makes My Day
A Multiplication Of Joy
A Foretaste Of The Feast To Come
A Bright Wedding
Surprising Pjoe And Amy
Nephy Ties The Knot
Marriage Advice
Posted by Diane Streicher @ Diane Again at 1:52 AM