With my kitchen window properly draped with a dazzling garland of origami boxes on white twinkle lights, which I blogged about here, I was now ready to pursue a grander vision of Operation Festive Garlands. My recent success with incorporating white paper with the gold and yellow tones of the origami boxes led me to recall one of my favorite Christmas movie scenes of all time: 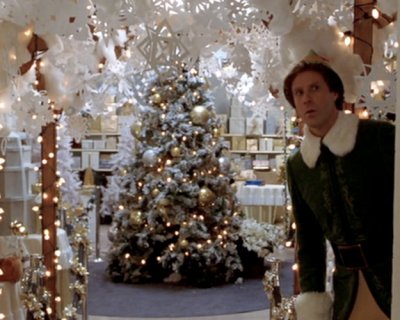 Yep, this riotous blizzard of paper snowflakes, chains, garlands and white twinkle lights, created by good ol' Buddy the Elf, has captivated me for years and I decided it was high time that I attempted to bring it to life. Enlisting the help of my youngest daughter, we came up with a plan to create a base layer of decorations for the whole house that could be expanded and filled in during the years to come. Charged with adrenaline and dreaming of a white Christmas, we stocked up on basic printer paper and considered our options.

Our vision was to have enough variety of shapes, sizes and shades of white within our garlands to keep them interesting, but enough similarity to create a unified look. I spent some time scouting around Pinterest and came up with a few basic ideas. This one, which I shall call a bauble garland, was the first to catch my eye:

As much as I love the red and white designs used in the pic, I kept true to my all-white theme and used straight-up white printer paper. The tutorial totally came through for me although I made a few simple tweaks:

After several weeks of punching, gluing, stringing and repeating, I had enough lovely bauble garland to pack a punch in my family room. These pics will not only give you an idea how this garland style came together but also give you a sneak peek at a few of the other styles to come in future posts! 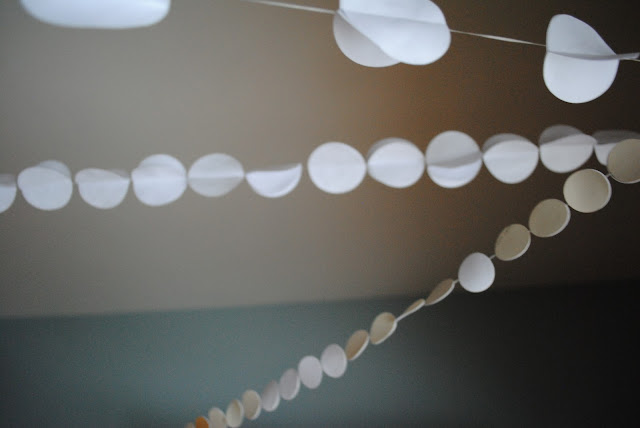 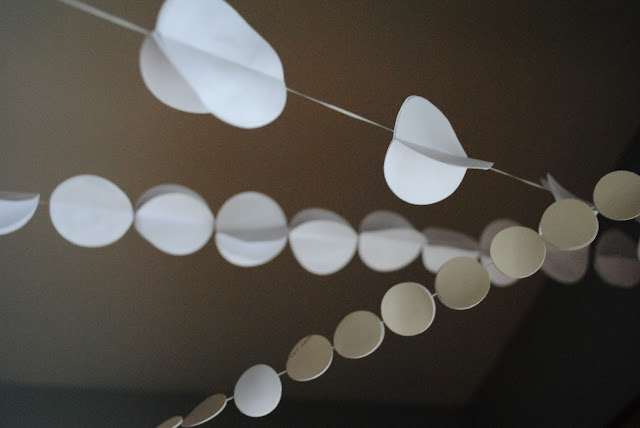 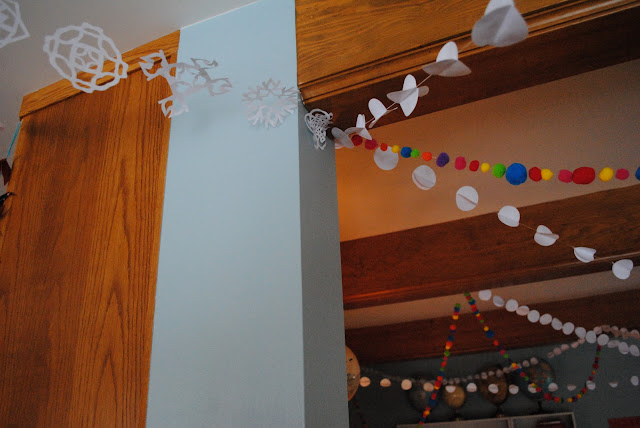 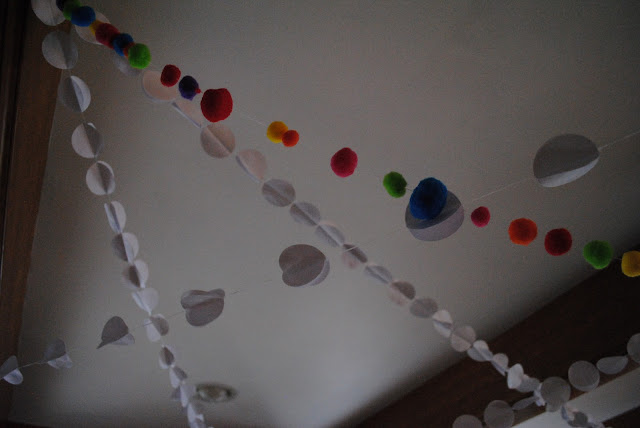 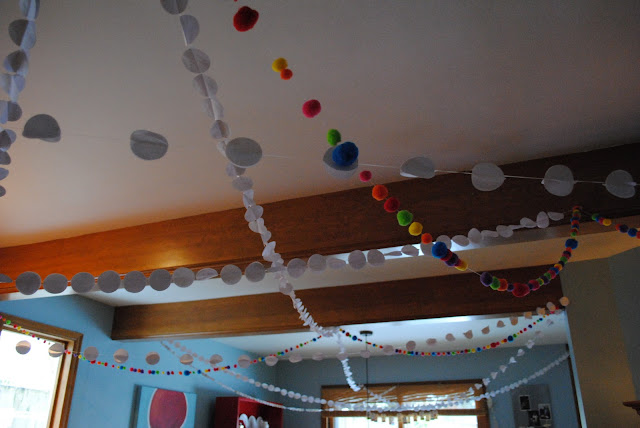 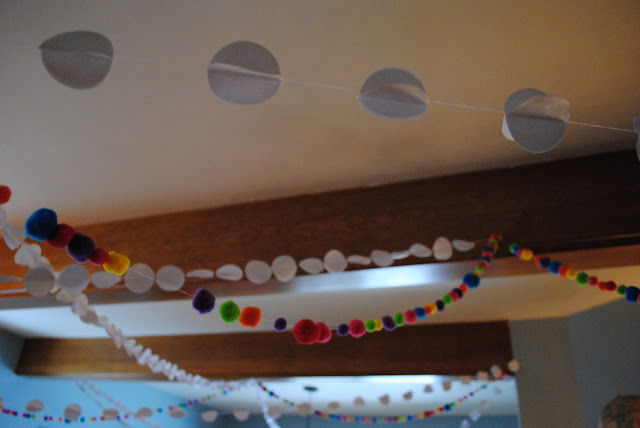 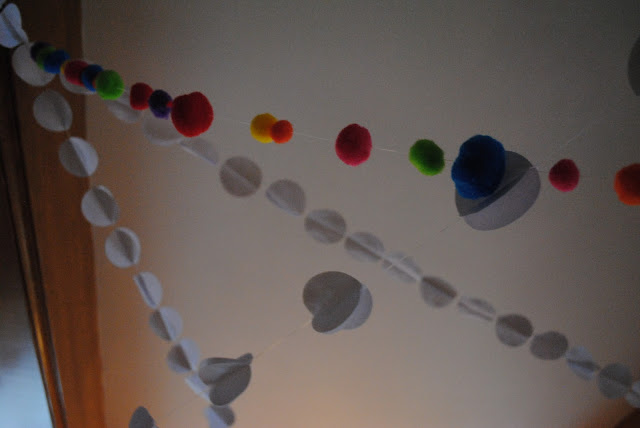 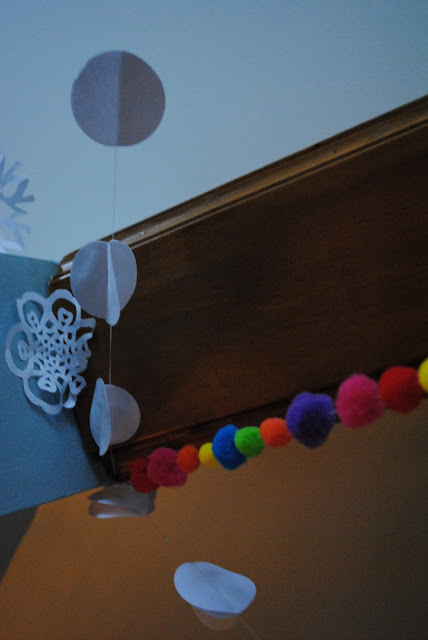 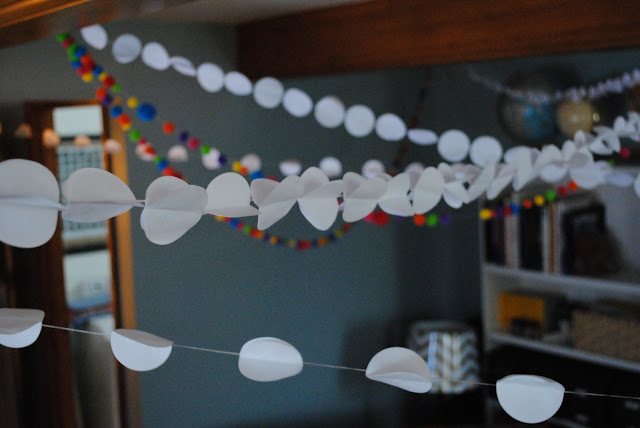 Posted by Diane Streicher @ Diane Again at 12:19 AM