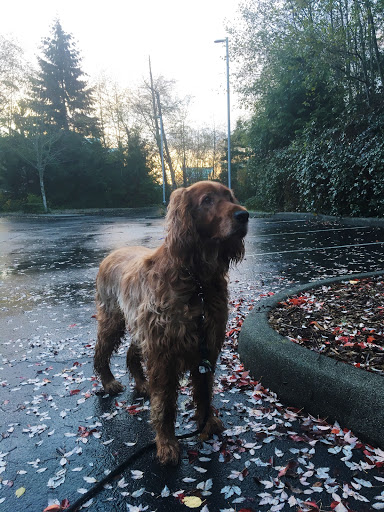 Gracie quickly recovered from the highs and lows of her doggy encounters;
now she just wants to have a go at the squirrels.

Yesterday on our usual walk around the neighborhood, Gracie and I experienced two different kinds of close encounters with other dogs.

Close encounter of the first kind:

The wiggly puppy and her people rounded a bend in the lane behind the baseball field and suddenly popped up in front of Gracie and me. We were both a bit taken aback, but the sight of that curly headed golden pup desperately and rather comically trying to gallop toward us on her taut leash put us both at ease. The two dogs met, their bodies loose and relaxed, tails gently swaying with enthusiasm. Both easily stretched their muzzles toward one another, sniffing in mutual delight.

The doodle’s handlers - two young men - also stood calm and relaxed as I cooed my usual line of sweet talk, designed to lull both my dog and the other into a soothing experience. We all stood together for maybe ten seconds enjoying the peaceful interlude. Then with age-old wisdom applicable for both toddlers and dogs. I decided to leave while it was still a party. The humans exchanged pleasantries, and both dogs joyfully turned toward their owners and happily continued along their way.

Close encounters of the second kind:

Not five minutes later, as the lane passes behind the main building of the high school, Gracie and I were again taken by surprise. This dog was off leash, running ten feet ahead of his master. Three things happened simultaneously:

The dog’s owner demanded, “Bogus, come!” in a booming tone of voice that telegraphed anger and concern.
Bogus did not come. He bolted in our direction.
Gracie and I froze in place and waited to see what would happen next.

Bogus rushed up to us, circling around me to appraise Gracie from all angles. His posture was rigid; his steps were stiff and halting. Looking a bit like an overgrown Jack Russell, Bogus stood about as tall as Gracie but weighed considerably less.

The owner finally caught up to us; he continued to scold Bogus in an angry tone of voice but otherwise seemed uncertain of what to do next. Bogus was leaning in toward Gracie; the hackles rising up on his back. I glanced at my dog to see her pulling her head up, turning her muzzle away from Bogus, and glancing at him with a side eye.

It took less than five seconds for my brain to register this barrage of warning signs. Still sweet talking my dog, I directed Gracie one step back from Bogus and then we veered around him and down at footpath to the right. I assume that Bonus’s owner finally got a hand on him while Gracie and I scurried off; I did not look back to watch.

Thankfully, we did not experience a close encounter of the third kind: a full-blown fight. Poor Ranger was attacked three times during his life; once he suffered serious blood loss and almost died.

But since I walk my dog along the busy streets and walkways of a dog-loving suburban community, we will no doubt meet other dogs from time to time. I can only hope that I can keep my wits about me, so that Gracie and I will experience close encounters of only the first two kinds. 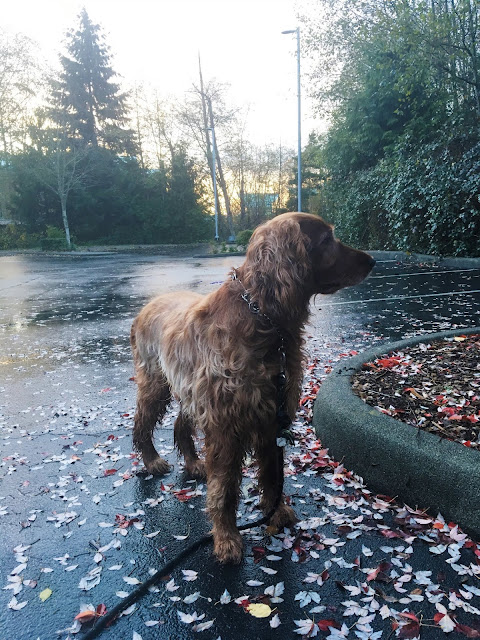