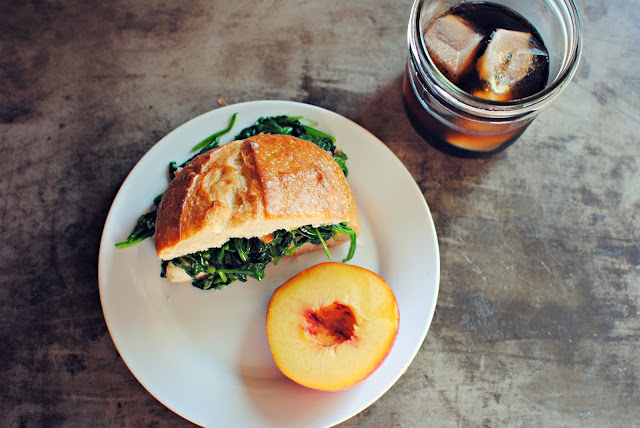 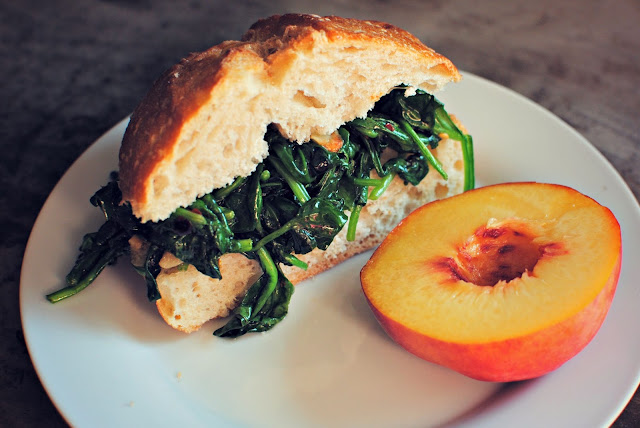 I cooked something new for my lunch today - a sauteed spinach sandwich:

In a small cast iron skillet, two cloves of garlic were chopped and browned in olive oil.
To which were added two whopping handfuls of fresh spinach, stirred until wilted.
This mixture was then sprinkled with crushed red pepper and heaped into a chunk of crusty bread.

I reveled in every bite of this surprisingly tasty concoction but I must confess that as I ate, my mind feasted on an entirely different matter.

This sandwich was more than just a random new recipe. It came recommended by a friend of mine named Peter.

Well. I'd say we are friends. But the truth is that I've never met Peter in person nor chatted with him at length, and the little that I do know about him suggests that he and I are two very different people..

Our paths crossed years ago, when we blindly added one another on Facebook as part of a gaming strategy and we have lived on in each other's feeds ever since. I'm sure many right-minded people would call that out as reckless and inappropriate social networking behavior, but as with many other of my old Mob Wars comrades, I've grown quite fond of the guy and enjoy keeping up with his interesting antics and colorful commentary,

Which, last night, included his vivid and mouth-watering description of the spinach sandwich he whipped up for his dinner. And that is exactly how my inspiration for today's lunch was born.

So as I devoured my delectable sandwich, enjoying each warm and savory bite, I couldn't help but think how glad I am that I talk to strangers online. Thanks, Peter!
Posted by Diane Streicher @ Diane Again at 1:41 AM