A Two-Day Trip To Tucson In Three Acts

There's nothing like a whirlwind trip with a specific purpose and a tight timeline to get the blood pumping.

Case in point - at 5:15 a.m. on Thursday morning, I hopped a plane to Arizona to bring my fourth-born home for the summer. Exactly 48 hours later, at 5 a.m. on the dot, she and I rolled up into the driveway at home. In between, I covered a total distance of somewhere around 2955 miles and here's how it all went down.

Rather than drive cross country solo, I opted to make the first leg of my journey via plane. In order to be a team player, I agreed to be dropped at the airport a full three hours before my early morning flight, and honestly, by the time I boarded, I could barely keep my eyes open. I pretty much fell asleep the moment I settled into my seat and dreamed all the way through the flight. Heaven. 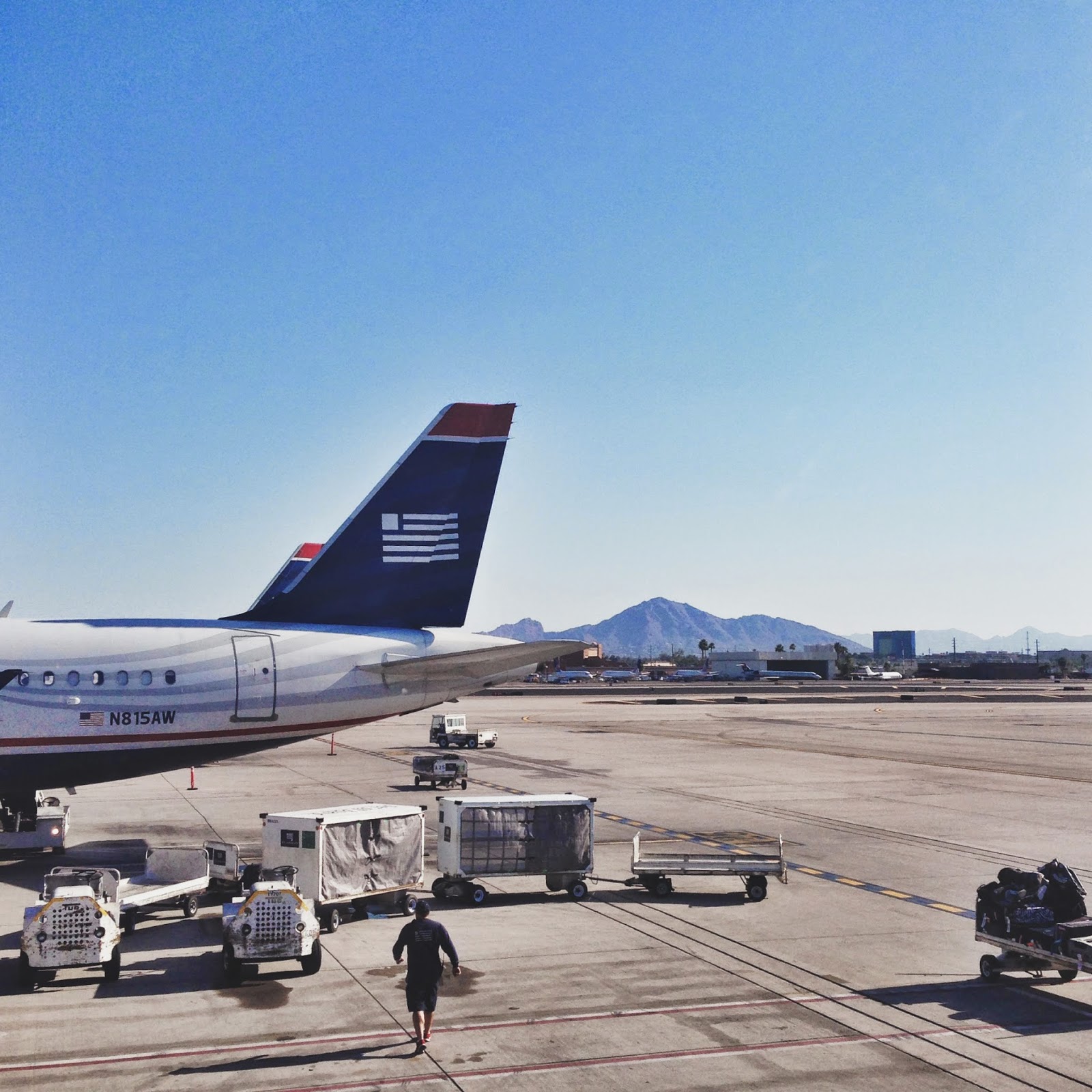 ^ And heavenly indeed it was to wake up as our plane touched down in Phoenix, and take in these brilliant blue skies. I could never live in a place so unrelentingly sunny, but after a long, cold Seattle winter and typically soggy spring, this sunshine was pure delight.

Act II: On The Ground In AZ

To make the most of every minute, rather than waiting around for a short connecting flight to nearby Tucson, I rented a car in Phoenix and drove the last 100 miles myself. During my lovely and familiar cruise through the Sonoran Desert, I enjoyed the company of a scattered army of saguaro cacti, who were just about to burst into bloom. So wish I could go back next week to see them fully flowered. 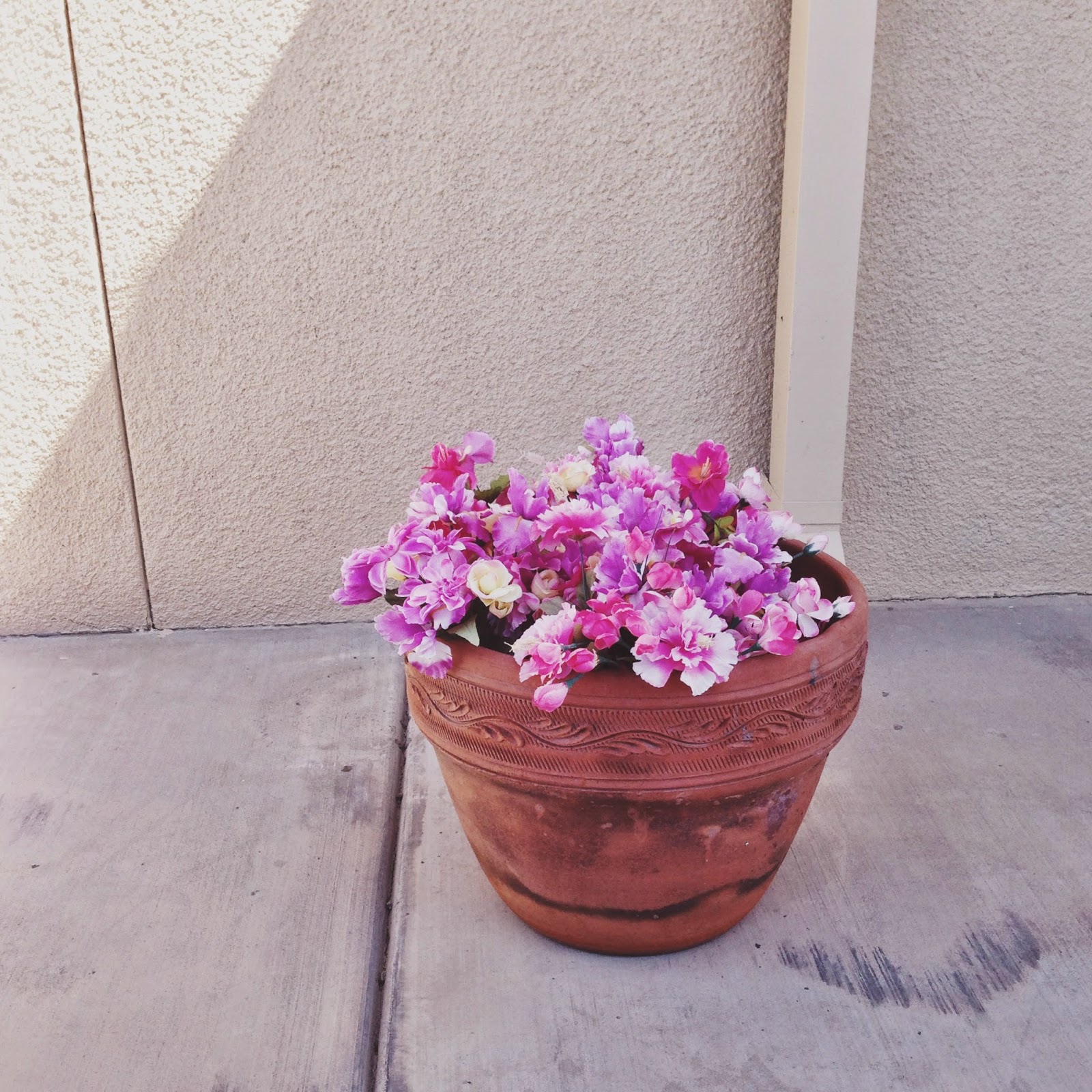 ^ I had to settle for this darling pot of pink blossoms, parked along the drive-thru lane at the McDonald's where I stopped to buy a drink. Loved their cheerful pastel faces, a sweet sight in the hot sun.

And a hot sun was exactly what awaited me in Tucson. Midday temps around 96 F were quite a shock to my system, given that Seattle has barely had a day over 70 F yet this spring. But my youngest and I merrily carried her worldly possessions down the stairs from her third floor room and out into the hostile heat.

As we marched back and forth, up and down, I stole a few moments to snap a handful of photos. Wish I had a hundred more. 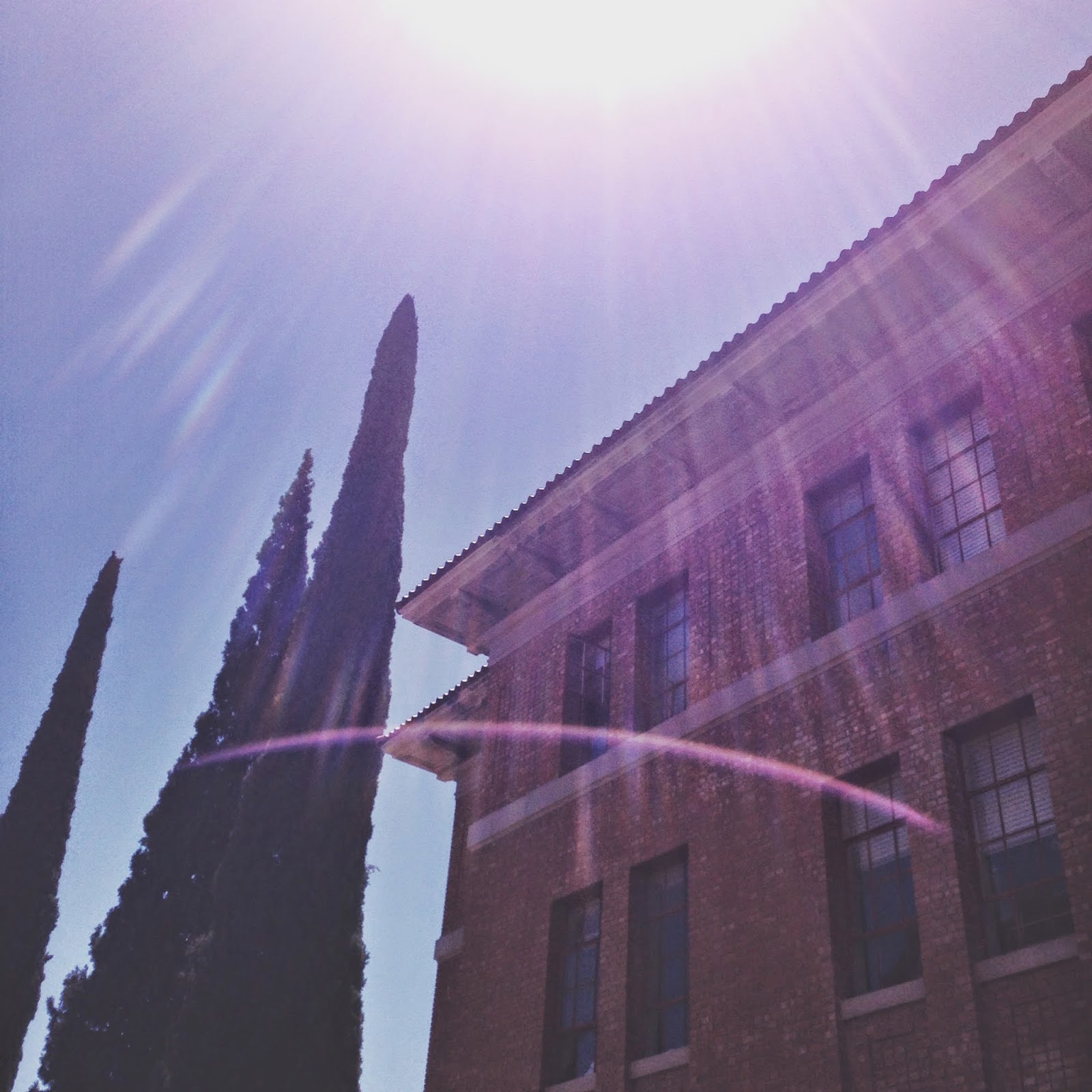 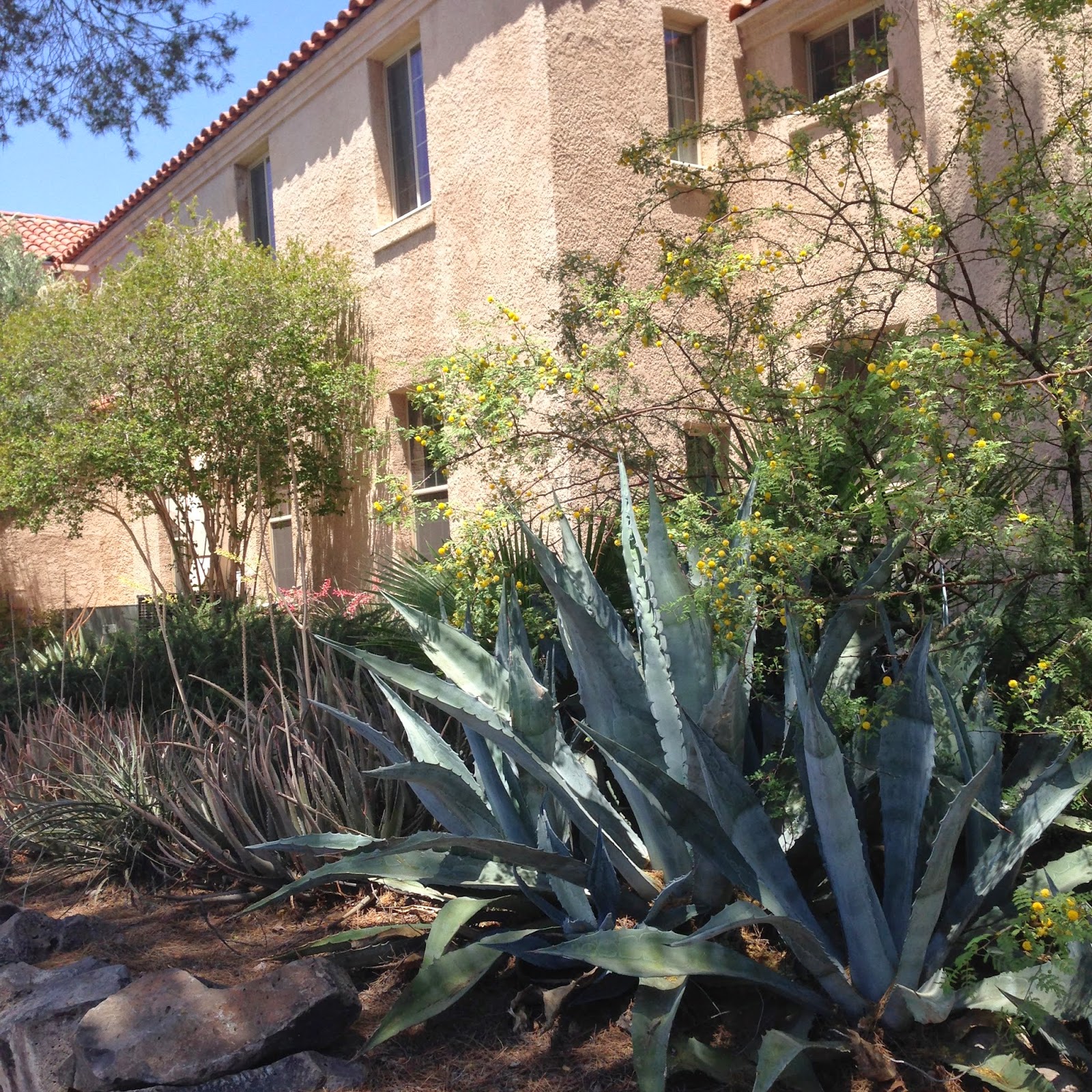 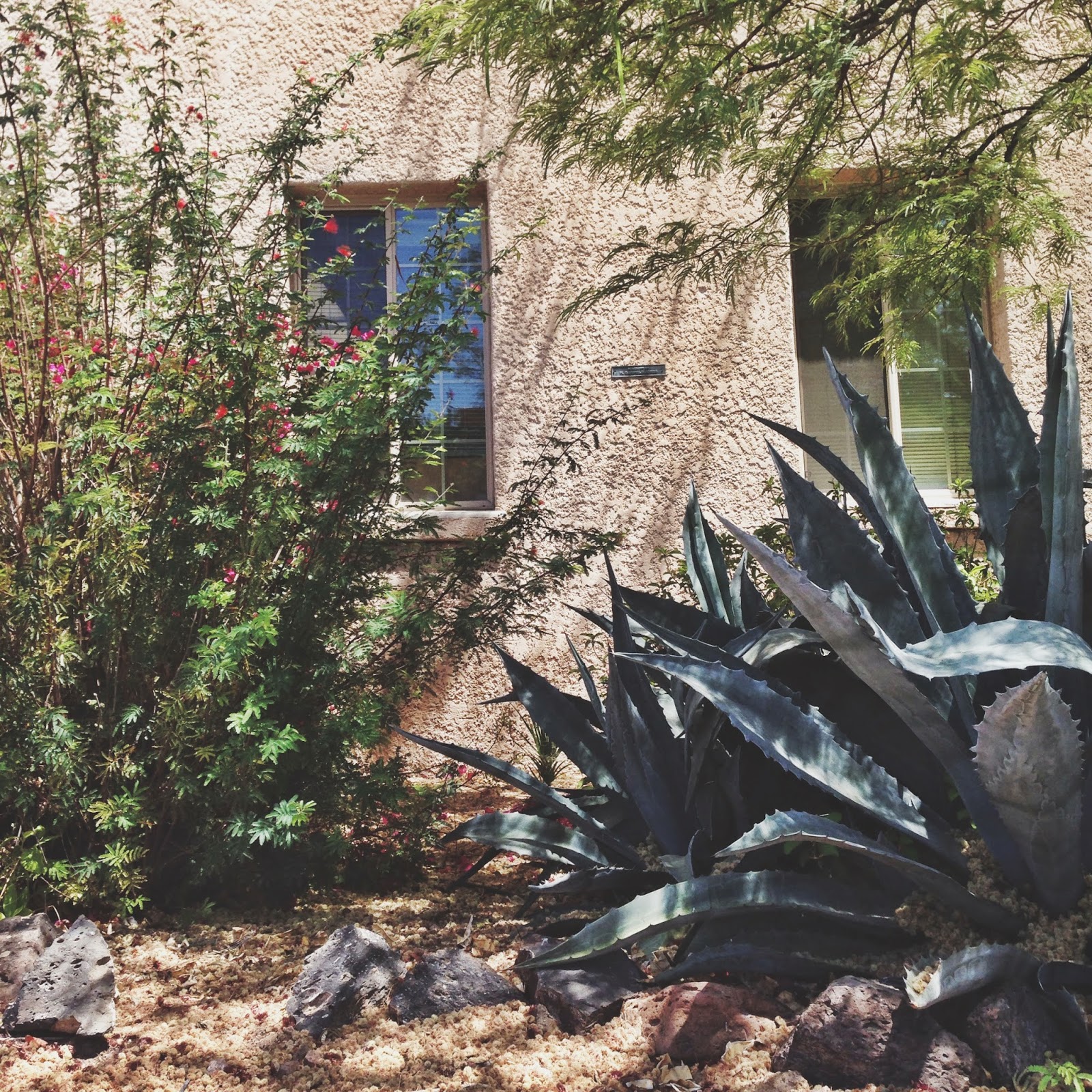 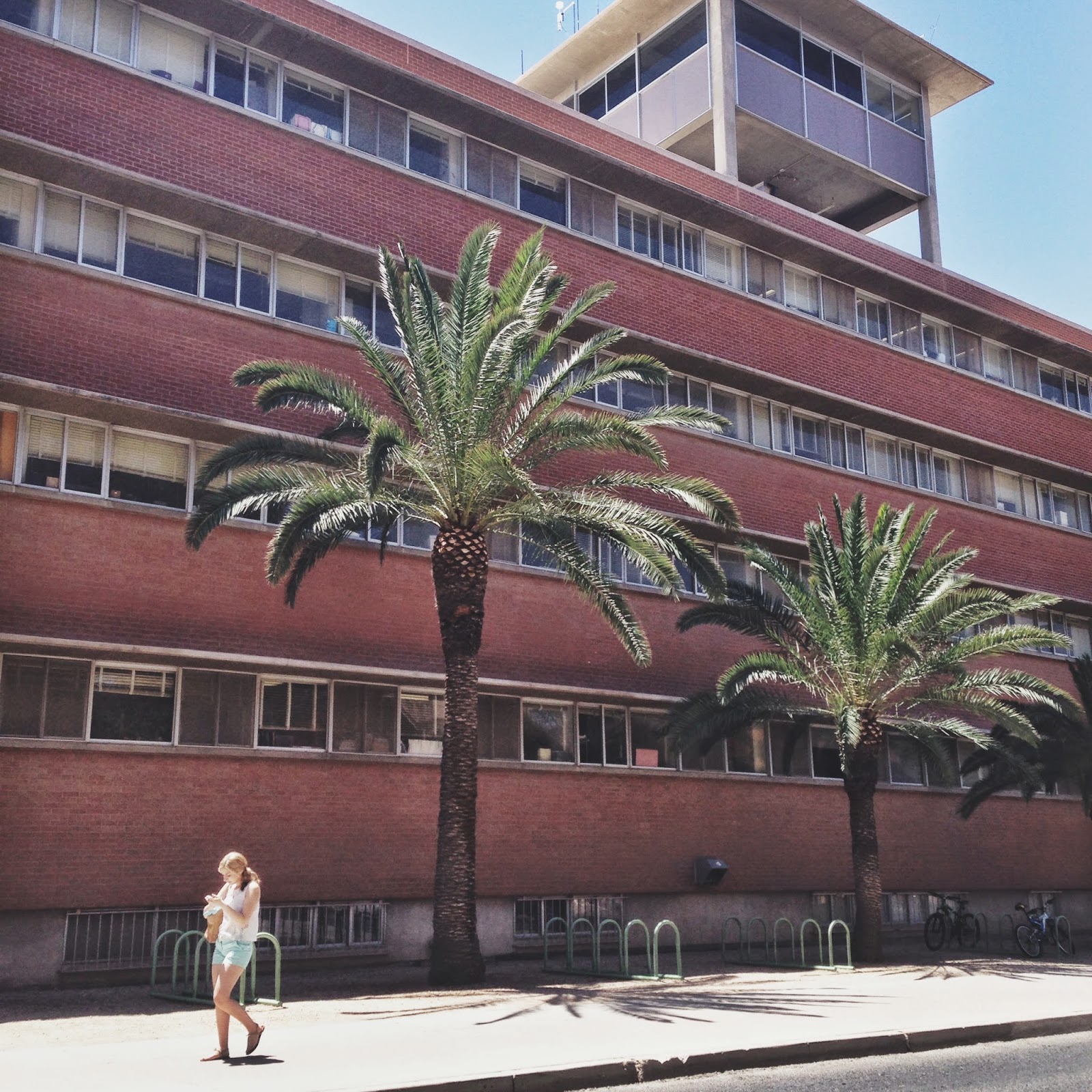 We had just enough time for a quick lunch before we kissed the campus goodbye and headed for home. Basically, our route involves driving west until we hit the outskirts of Los Angeles, then weaving our way through the outer suburbs till we connect with Interstate 5 which we then follow all the way home.

While I've wandered these parts at least half a dozen times before, there are always new sights to see. 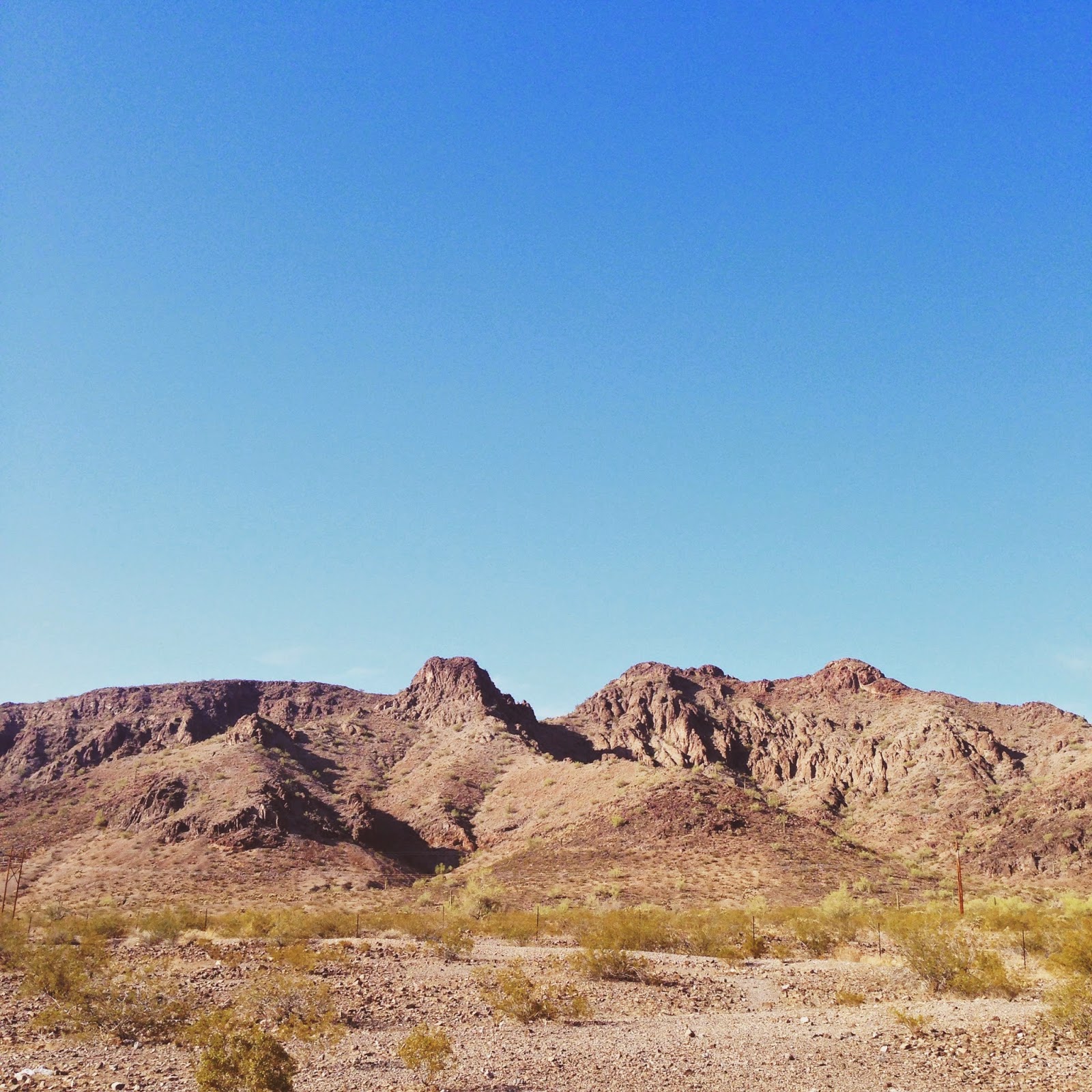 ^ Western Arizona looks a little bit like the surface of the moon. And I mean that as a compliment. 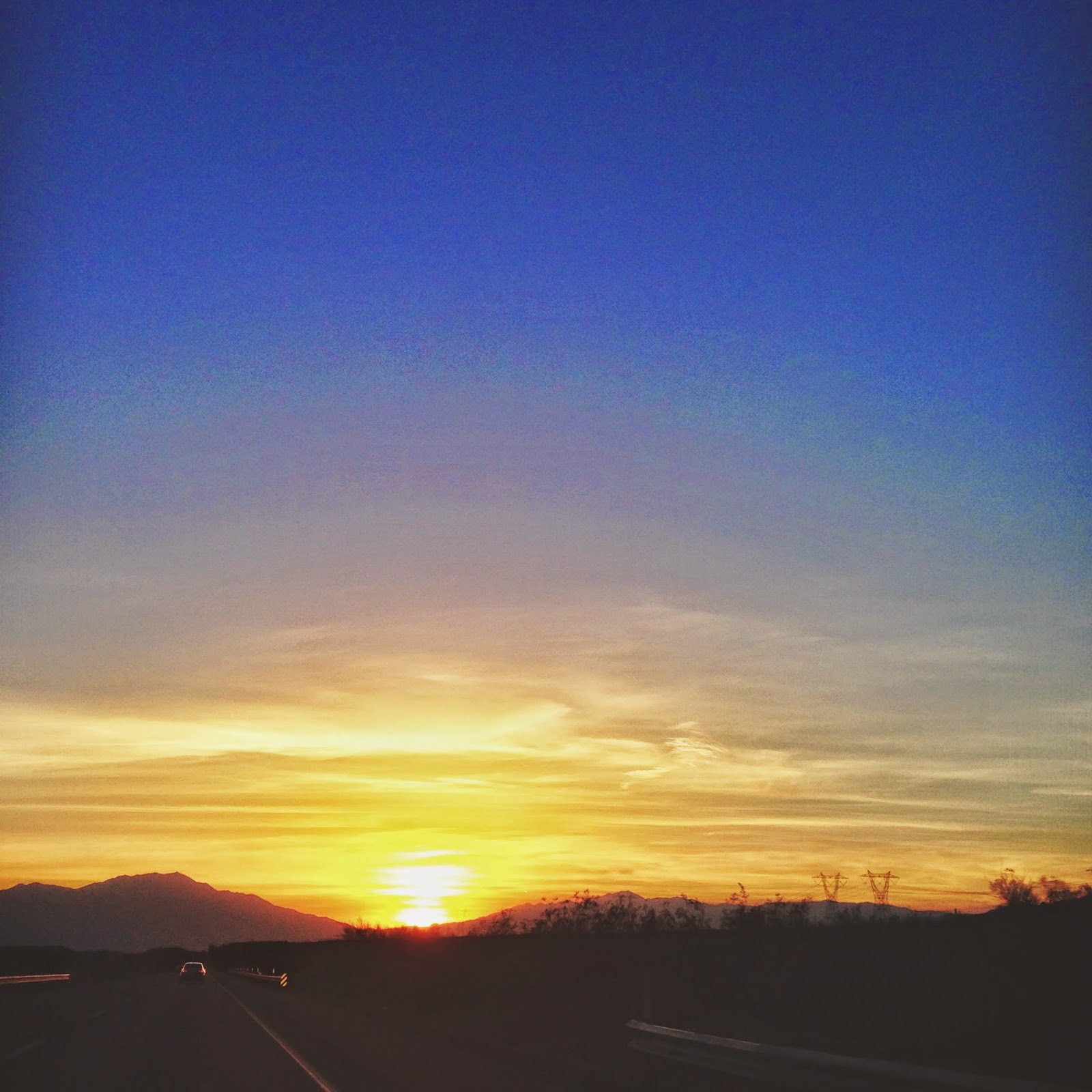 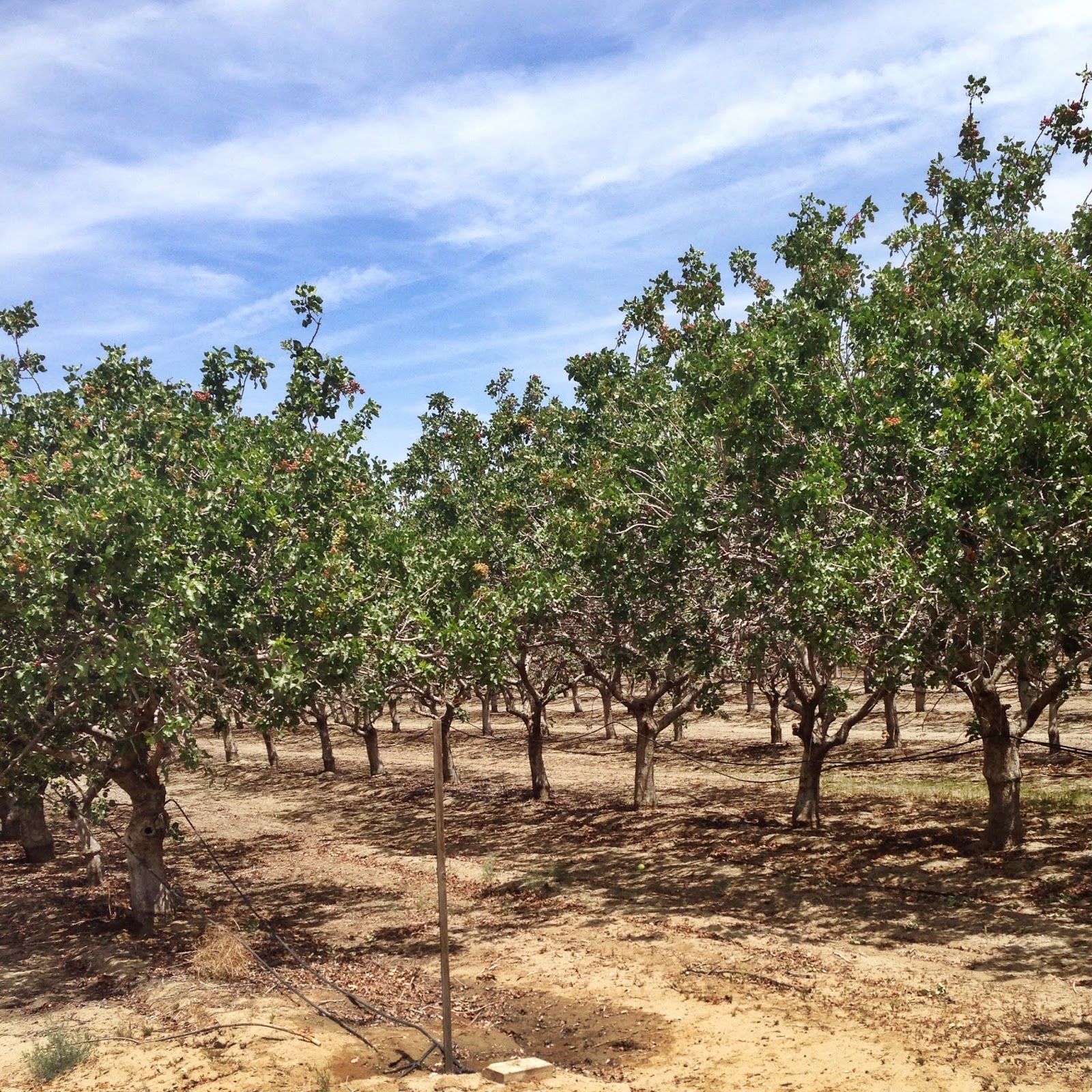 ^ Midday stop near an orchard in central California. 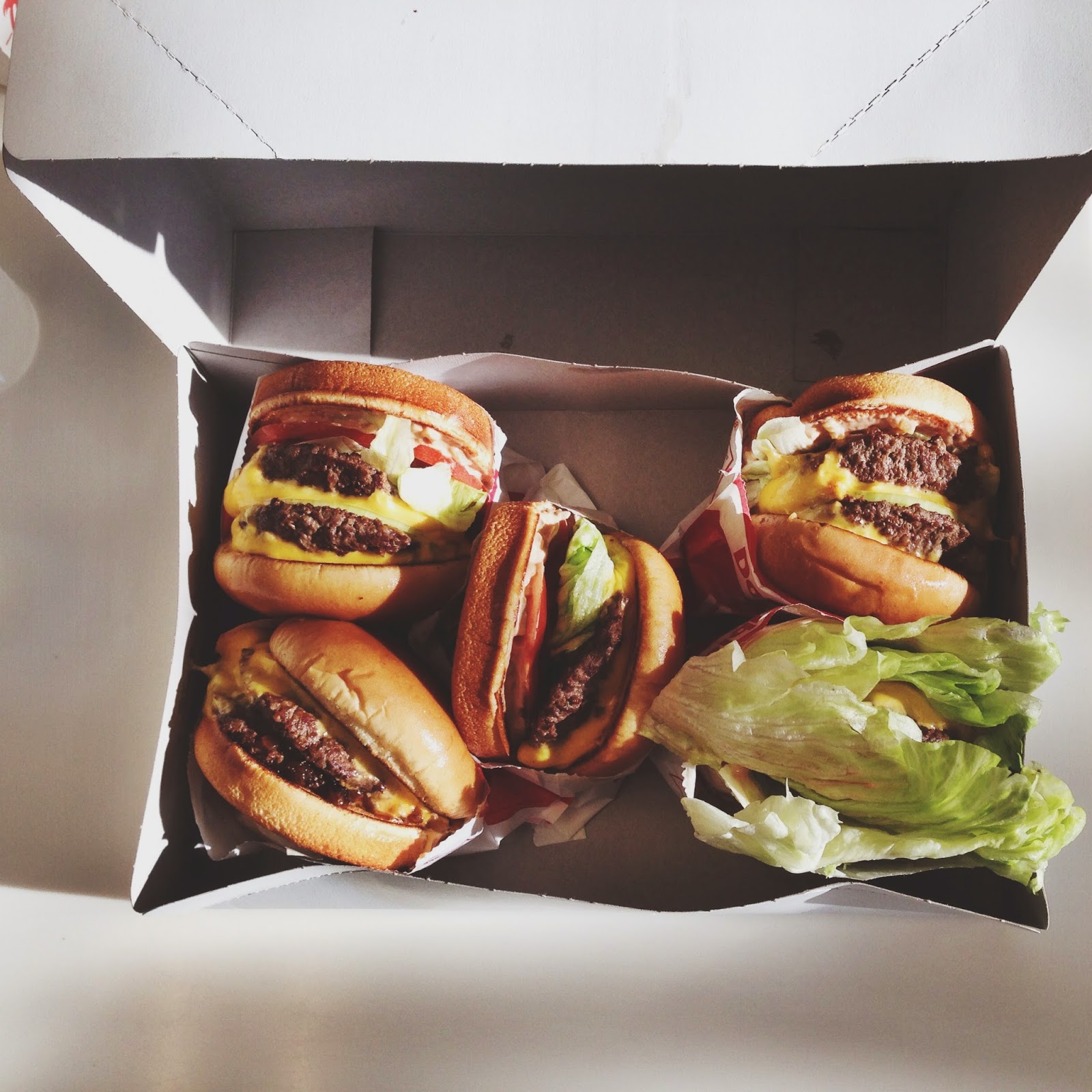 ^ In-N-Out Burgers are a staple of any trip through California and as usual, we planned a stop at Redding to take in one last meal at the northernmost store in the regional chain. And as has become  tradition, we brought back burgers for family at home. 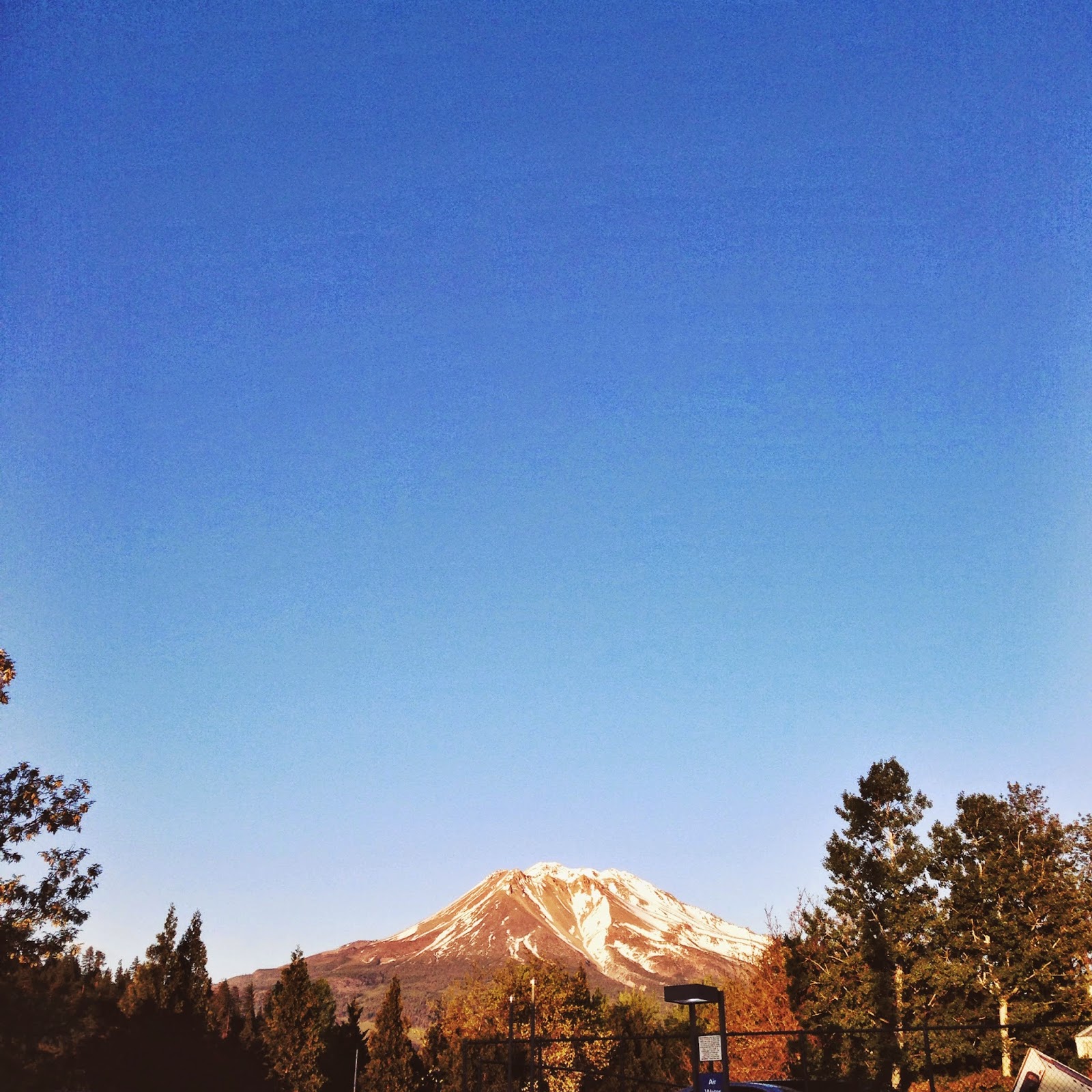 ^ Mount Shasta, as seen from the Chevron gas station in Weed, California. She looks even prettier from the other side, where her flanks are still covered in snow.


* * * * *
The pace of the trip was insane. I drove 600 miles the first day on two hours of sleep. And after a sound night's slumber on crisp white sheets at a lovely hotel in Palmdale, California, I drove over 1200 miles in the next 20 hours. That's a personal record for me.

While this journey was not necessarily my idea of a relaxing vacation, I am always glad for experience to be out on the open road. And though the curtain has fallen on this short, intensive trip, the opening music of my next adventure has just begun to play.


I've been lucky enough to visit the Sonoran Desert and the magical cacti who live there. Read more about my adventures:

Posted by Diane Streicher @ Diane Again at 3:28 AM