With the right music, you either forget everything or you remember everything. -Unknown

Tonight, I saw one of my favorite bands perform live. Manchester Orchestra hails from Atlanta, Georgia; their emotive, guitar-heavy, screamo style suits me perfectly. Though I've seen them at least five times before, I was as excited as ever to get the show started. After several opening acts, the stage was finally prepped for the headliners, and an enormous backdrop unfurled from the ceiling. The plain white fabric was emblazoned with a single word: 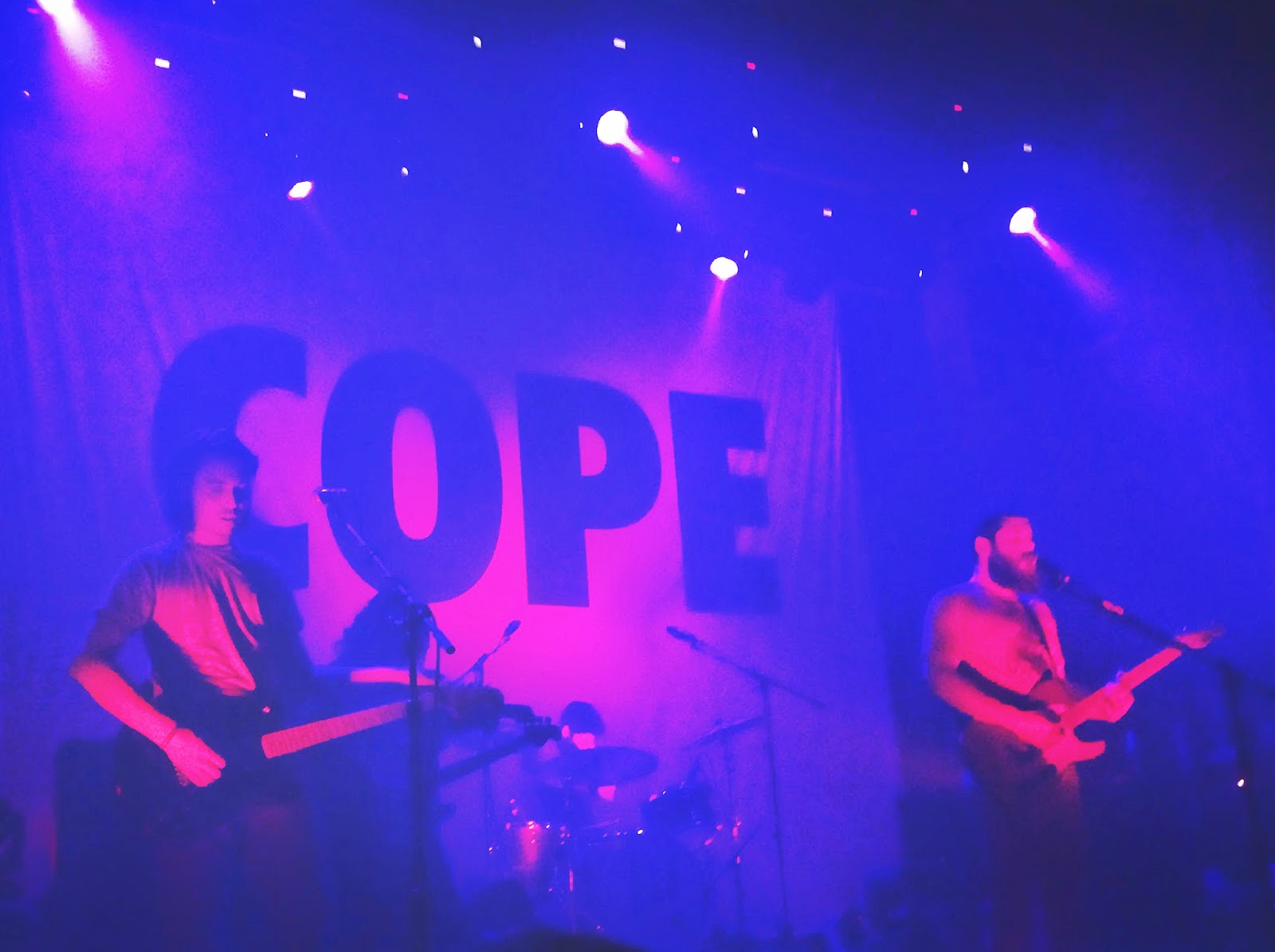 This happens to be the name of Manchester Orchestra's newly released album, but the word has special significance for me.

Five years ago, I was going through a rough time. A trusted relationship had been frayed, and the bonds of that important friendship were in serious need of repair. At the time, I had no idea if the connection would ever be restored, and I knew that I had no choice but to wait and see if time would heal what was broken. For several months, I struggled against that pain but in the process, I eventually learned ways to distract myself - to cope - with the situation.

Enter Manchester Orchestra's second album, Mean Everything To Nothing, which was released during this difficult time. The mood and style of the music fit perfectly with the overwhelming forces of sadness, frustration and anger that I felt in my own life, and listening to that album became a daily coping ritual.

One song in particular helped me let go. It's called Shake It Out, and while the lyrics may seem angsty and dramatic, they were exactly what I needed to shake off my troubles and deal with my life.

These memories flashed through my mind as I stood there tonight, waiting in a sea of texting teenagers for the show to start, riveted by those four big black letters that spelled out exactly what this music had done for me.

I felt a rush of gratitude, a sense of relief, and a thankful heart for the band who helped me through those dark days. How sweetly poetic that their new album would bear such a perfect name for what their music meant - and still means - to me.

Finally, the lights dimmed and the musicians filed in, strapped on their guitars and struck the opening chords of their first song. Surprisingly, fittingly, perfectly, they started with Shake It Out.

And though the music still echos with the pain of those bad times, the memories are tempered by the fact that my friendship was indeed restored and stands strong and true to this day, better than ever.

I moshed with joyful abandon.

Care for an encore? Here are more of my stories about live music performances: