Lest I give the false impression that October in the Pacific Northwest is all puppies, kittens, and glorious yellow leaves, let me share some photos I took around town this weekend. 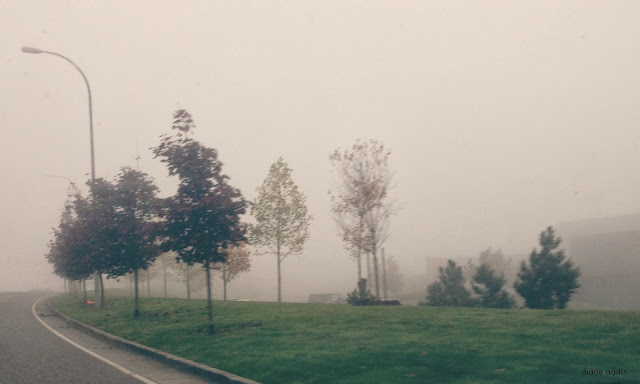 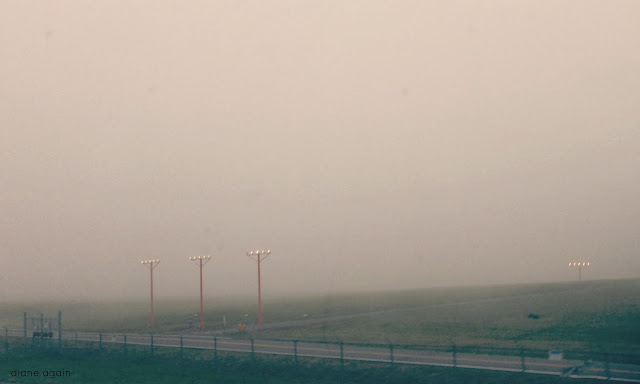 Oh, sure. I know what you're thinking. Mhmmm. Foggy countryside. Not that interesting.

And I totally get where you're coming from.

But here's the thing. These photos were not taken out in the countryside. In fact, hiding in that fog is the biggest building in the world. 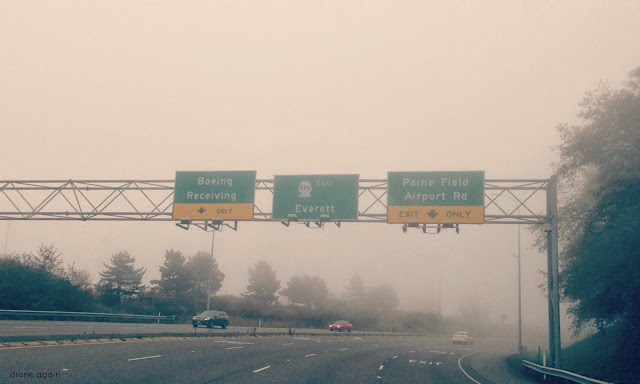 I'm not even kidding.

You could fit the entire Pentagon building inside the factory.

Or Disneyland. With all of its parking lots.

Also, seventy-five regulation-size American football fields could fit into the building, and if a person was to watch games played concurrently on each one of those fields, it would feel a little bit like Saturdays at my house during college football season.

But all of that enormous hulking monstrosity of a building, complete with its sprawling complex of auxiliary buildings, tour center, airfield, and endless parking lots lay completely and utterly hidden in the cool autumn fog.

That was some very thick fog.

As I drew up alongside the building, and the six massive doors came into sight, the fog lifted just enough to allow me to finally make out the bright blue graphics. 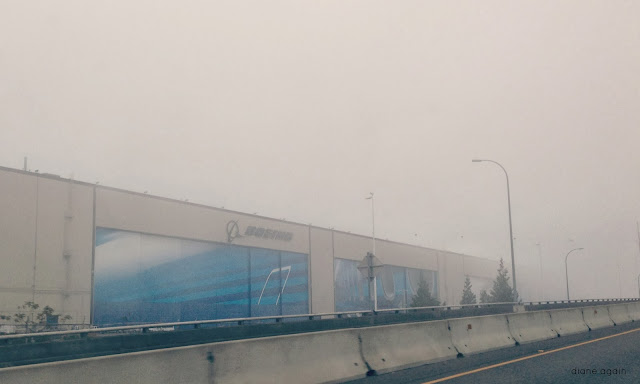 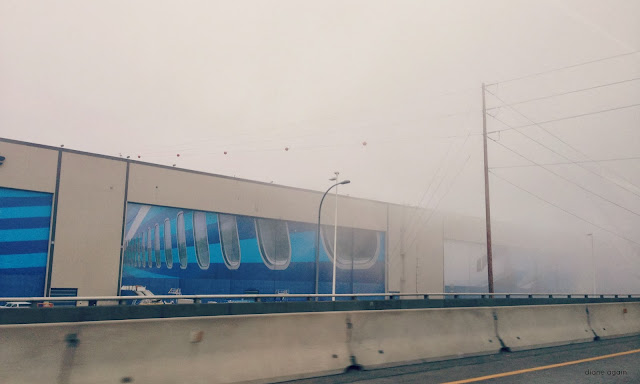 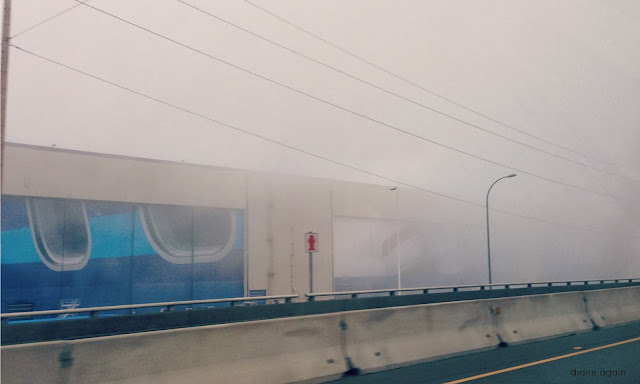 But only the first half. As I reached the far end of the building, the fog thickened again and the fifth and sixth doors receded into the murky mists of autumn.

And this, my friends, is proof positive of the super-powered fog that comes with the changing of the seasons up here in my neck of the woods. Y'all may have been tailgating in the sunshine this weekend, picking apples with adorable children in a picturesque orchard, or jumping in a pile of crispy leaves.

As for me, I'm just trying not to bump into buildings.
* * * * *
More stories about marvelous, mysterious fog:
Fog And Roses
Mackinac Bridge
Heidi's Happy Photos
Bumping Into Buildings
Run With It
Posted by Diane Streicher @ Diane Again at 1:53 AM