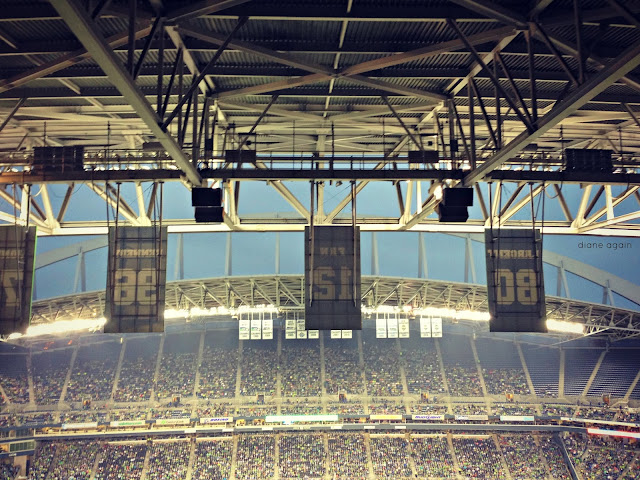 Welcome to CenturyLink Field. Built over a decade ago, this 67,000-seat stadium is the legendary home of Seattle's NFL franchise, the Seahawks, and an iconic sight on the south city skyline.

But don't ask me to show you around because I've never been here before.

Here's the thing. Seahawks tickets go for well over one hundred dollars a pop, and while American football is cool and all, those prices are too rich for my blood. So even though I've been dying to set foot in the stadium, I just could not justify spending an arm and a leg to do so.

Then, about a month ago, a bolt of lightning hit me. CenturyLink isn't home to just the Seahawks. Seattle's professional soccer...I mean, football...I mean, soccer...team plays here too.

That's only been going on for, oh, like, five years or so.

Sometimes, I might be a little slow to catch on.

So with my first-born, I did some quick research and learned that tickets to soccer matches are super affordable. I wasted no time in purchasing tickets to not one but two Seattle Sounders FC matches, and yesterday I went to the first.

At last we meet, CenturyLink Field!! I think you're really cute. 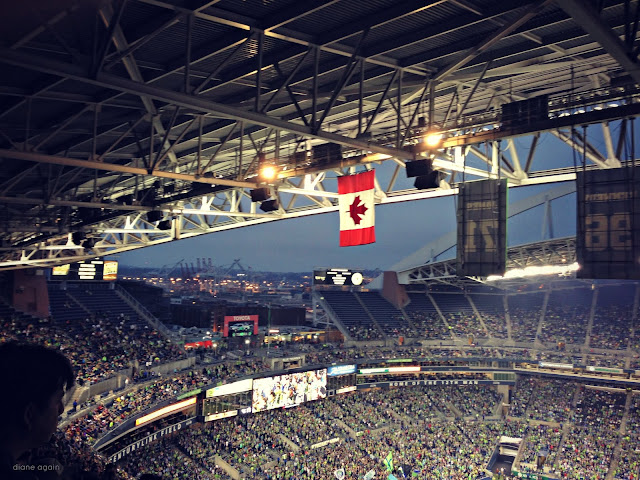 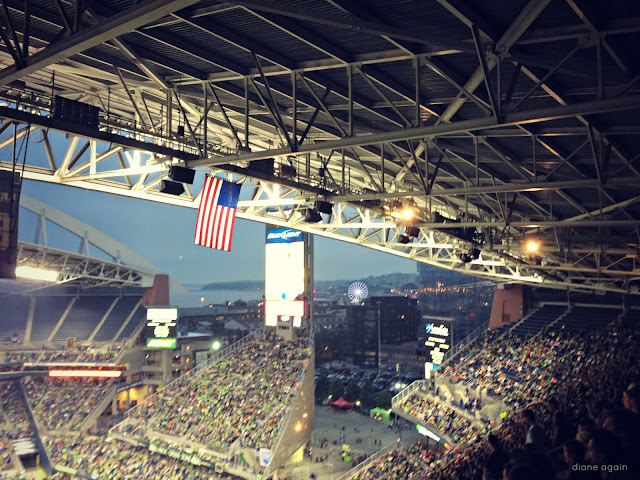 Our budget-friendly seats may have been all the way up in the nose-bleed sections, but the views of the city were astounding. Shipyards to the south (above photo) and city center to the north (below photo); both vistas blew my socks straight off.

Speaking of my feet, those poor little dogs worked hard to get me to my high perch above the pitch. Not only did we hike up to the third level of the stadium, but our seats were another 30 rows up from there. Add to that trek a one-mile hike from our parking lot to the stadium, and this little five-mile outing from earlier in the day, and let me assure you, I was very happy to settle into my seat.

And we arrived just in time for the opening kick-off. Hallelujah. 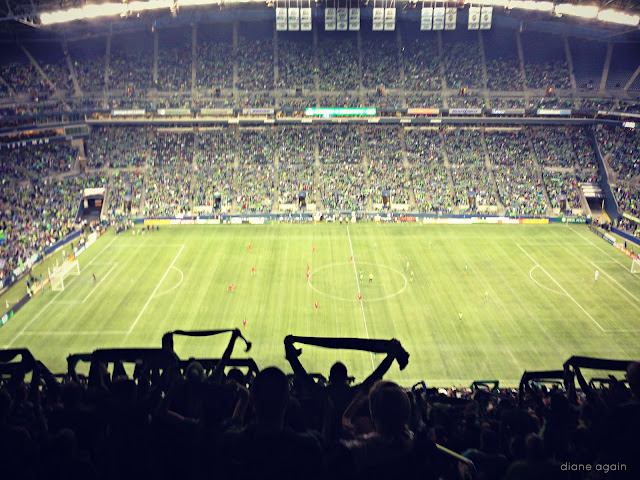 The game was a blast. Seattle scored flamboyantly just two minutes into the match, and again at 37 minutes. The crowd went happily berserk both times. 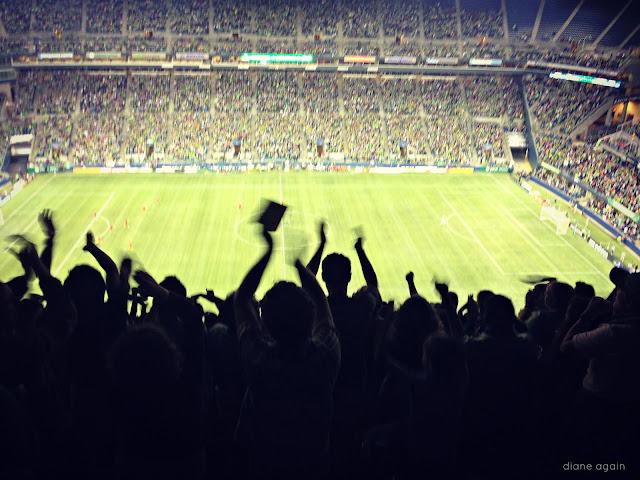 The opposing team, Real Salt Lake City, stayed in the match, but wasn't much of a threat. Currently sitting at the top of the MLS Western Division, the Sounders played with confidence and style, and even to my untutored eyes, look like a team to beat.

Still, as much as I was charmed by the gorgeous stadium and the skillful Dempsey-driven squad, my favorite part of the night was rubbing shoulders with the Sounders' fans. It was a family-friendly group; lots of parents and kids and teenagers on dates. Unlike the typical corn-fed, beer-sated grown men that fill the stands on Seahawk Sundays, many of the spectators at the Sounders game looked a lot like these three adorable young men who sat in front of me, wearing team colors and paying rapt attention to the game. 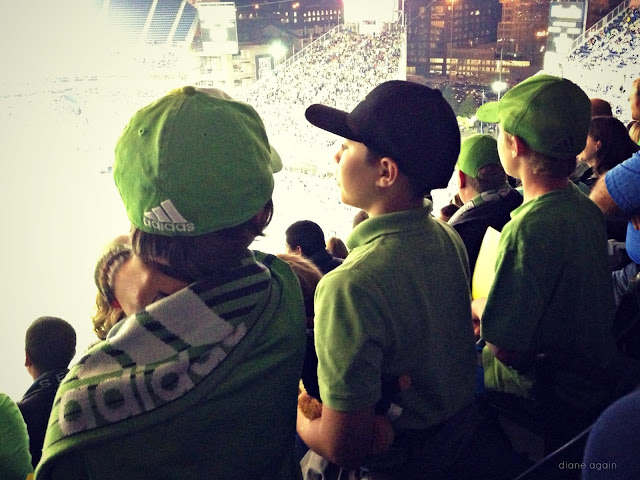 So hello at last, CenturyLink Field
And I'm pleased to finally meet you, Seattle Sounders FC.

I think we are all going to get along just fine.

Gomo Kelate Gomo!
GKG Glory
Take Me Out To The Ball Game
Take Me Out To The Crowd
Buy Me Some Peanuts And Cracker Jack
Sticks And Stones May Break My Bones
My Outing With Pjoe And Amy
As American As Apple Pie
#yolo
My Twelfth Men
Tonight Is The Night
Face-Off
Posted by Diane Streicher @ Diane Again at 1:36 AM