Oh, right. I'd begun telling the tale of my highly-anticipated and oft-dreamed-of trip to Kelantan, Malaysia.

In the first chapter of my story, I had made the six-turned-twelve hour cross-country commute, and taken a luscious, much-needed nap.

Upon waking from my slumbers, my host's lovely mother fed me another delicious meal - this is Malaysia, after all. They don't skimp on the meals.

Then my host rounded me up and delivered me to my hotel. He made sure I was properly settled, then bid me farewell and drove off to attend to his own plans for the weekend.

And that is how I found myself in the middle of Kota Bharu, sitting alone in my hotel room and wondering what would happen next.

But I did what any self-respecting person would do in this postmodern age. I got out my phone and started texting everyone I knew in a ten-mile radius, saying, "Hey! I'm in KB! Wanna hang out with me?"

I was entirely shameless.

Within an hour, I had a taker. My friend, Juwe the Unikorn, was interested, but there were lots of complications with transportation and a slow poke friend. It was going to be a few hours before he could meet me.

So I waited some more.

And then I heard from Abe Ej.. He was ready and willing to come pick me up, and whisk me back to his family's home for his mama's cooking and some local sightseeing.

Yay! He was at my door in no time, and off we went to the south of Kota Bharu, where his home lay just a few meters from the beach.

Yeah. That would be the South China Sea. How exotic and foreign is that?? I died. 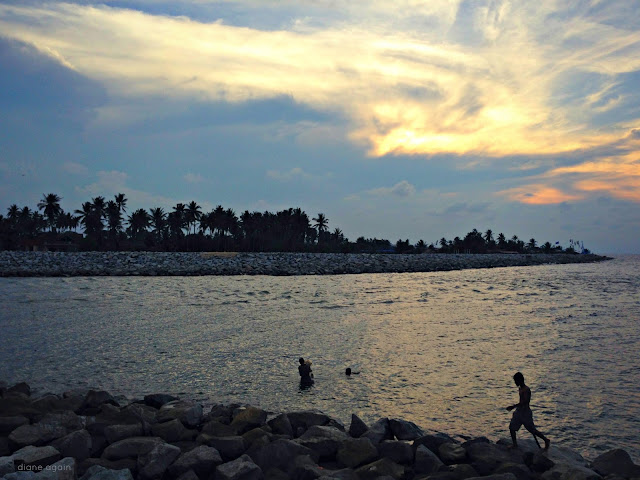 Now, it needs to be mentioned that this was the eve of Election Day in Malaysia.

And furthermore, it is important to understand that elections there happen only once every five years.

As if that wasn't exciting enough, this contest was heating up to be a very close race, and emotions were at a fever pitch.

These are important facts. Remember them for later.

In the meantime, note the the green flag with the white circle represents PAS, the party challenging the status quo. 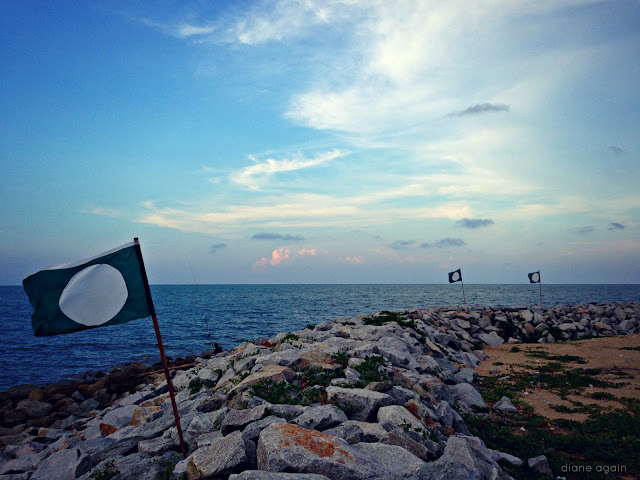 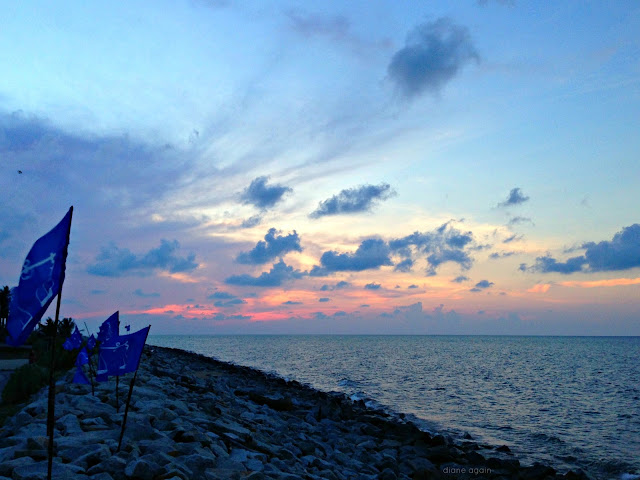 And these blue flags, with the white scales, represent BN, the political party that has controlled Malaysian goverment for the past fifty some-odd years.


Also, it's important to note that Abe is crazy in love with Volkswagen Beetles. He has a bright blue one, and it's his pride and joy, right up there with his newborn son.

So of course, we posed for pics with his Love Bug. 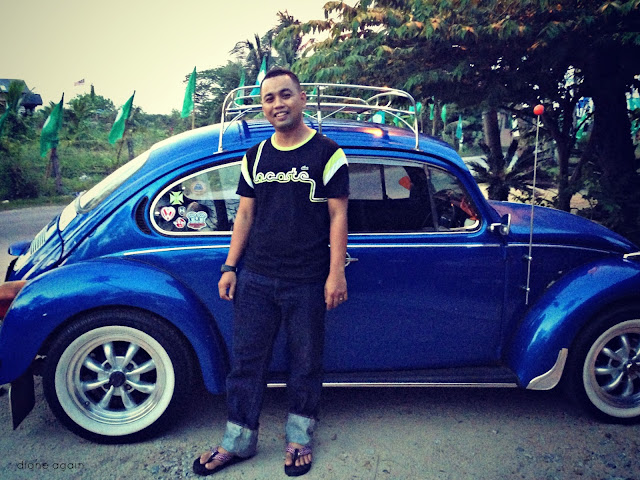 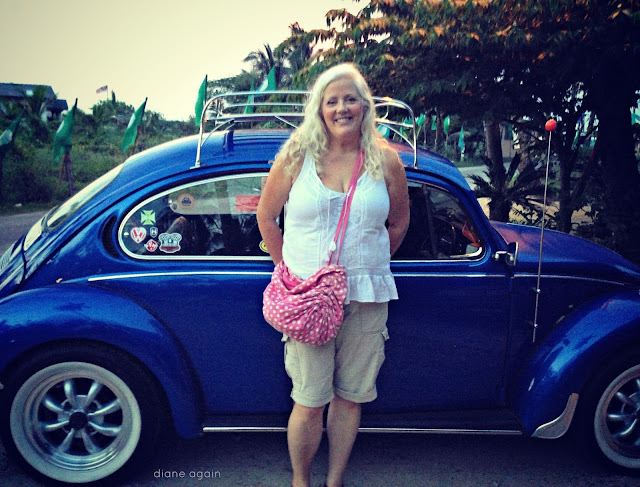 Time to eat. Abe's mother had prepared a lovely feast, and as I've learned to be the custom, as the guest of honor, I ate alone. Several generations of the family were on hand to chat with me, smile at me, watch me feed myself with my fingers, and blush when I looked their way. We had a lovely, warm, surprisingly-easy-to-communicate visit, and I felt very much at home.

These kids were playing video games and acting goofy when the cameras came out. Cute. 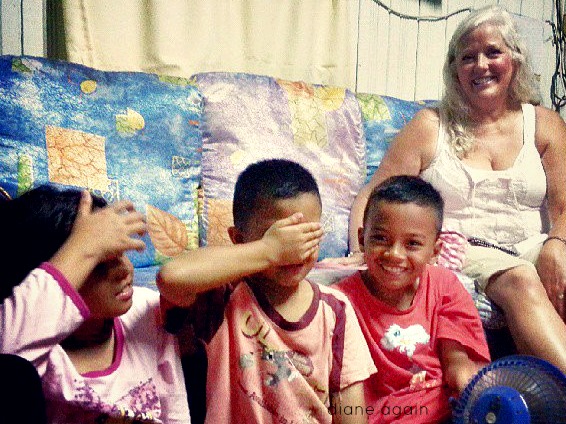 After several pleasant hours, it was time for me to go back. Abe and his blue Beetle graciously delivered me to my hotel, and I returned once again to my quiet room.

Juwe kept me up to speed on the latest round of delays. He and his friend were coming for me, but it wouldn't be any time soon. No one else had replied to my texts.

Sigh. I lay down on my bed and shut my eyes, feeling a little let down and wondering what the rest of my evening might hold.

Never in my wildest dreams could I ever have guessed what was about to unfold.
Posted by Diane Streicher @ Diane Again at 1:26 AM