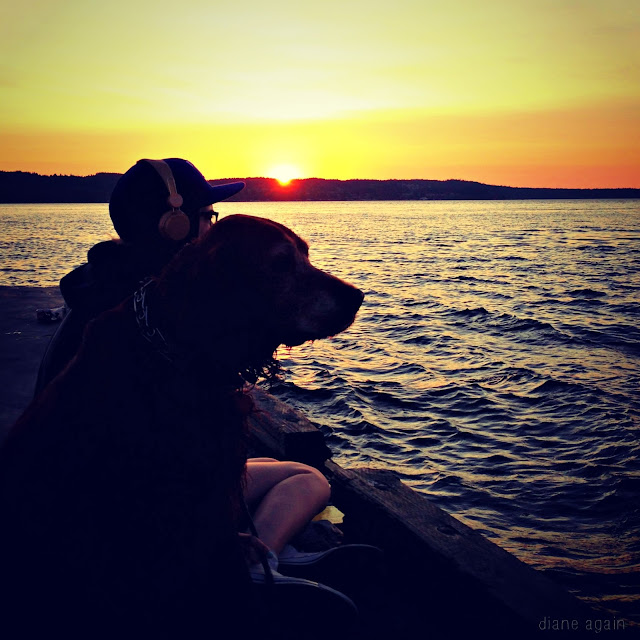 Ten years is a long time for a big dog to live. A decade of canine health and happiness is a full life, and we dog owners can't ask for much more than that from our furry companions.

And while it's bittersweet to think that Ranger has reached this milestone, there was a time in his life when I thought it would never come.

After a blissfully carefree and hilarious puppyhood, Ranger got sick. One day in August, 2005, when he had just turned two, his face suddenly began to swell up. Within a few days, his eyes were swollen to the size of golf balls, and could open only in little slits; the contours of his face and muzzle ballooned into a misshapen blob; and worst of all, his skin was so irritated and sore that it simply bled spontaneously.

My poor baby could only stumble around the house, bumping into walls, tables, and couches that he could not see and leaving smears of blood on everything he touched. He was sad and miserable; we were beside ourselves with worry.

Of course, we took him to the vet. First, we saw our neighborhood vet and later, a stream of specialists. Ruling out one possible cause after the next, a veterinary dermatologist finally sat me down and very gravely told me that he thought he had found an answer but needed one more test to fine-tune the diagnosis.

Luckily, the story ended well. Ranger's ailment was a disease called cellulitis. In its adult form, the disease is swiftly fatal. Miraculously, happily, blessedly, my just-turned-adult dog had the much milder juvenile form, which can be treated by a lifelong regime of low-level antibiotics.

So thanks be to God, I have a healthy, long-lived, well-medicated Irish Setter. Every day of his life, I've remembered how close we came to losing him, and I'm thankful for the years we have had together.  Now that he's reached the ripe old age of ten, every day he is with me is doubly blessed.

Welcome to your golden years, Ranger. I'm so glad that you made it.

For more stories about birthday, check out: