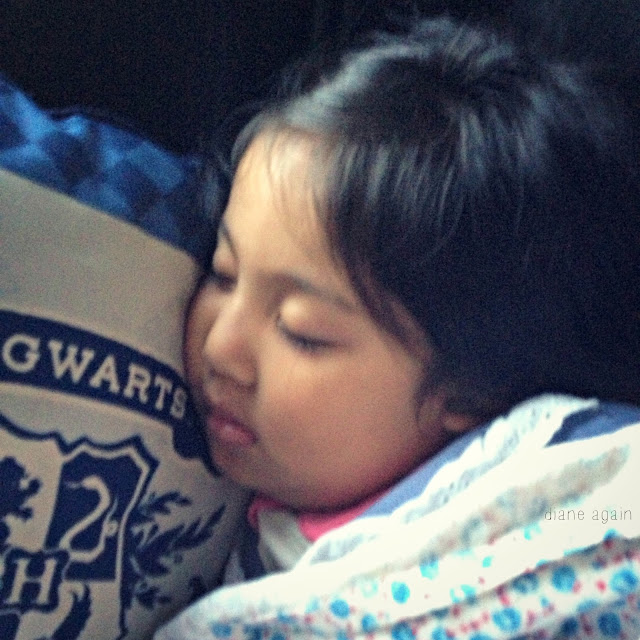 Going to Malaysia was a dream come true for me.

But on the last weekend of my trip, I lived out a precious dream within that dream.

I went to Kelantan.

Kelantan is one of the thirteen states of Malaysia, and the home state of my dearest Malaysian friends. While most of them now live six hours away in the big city of Kuala Lumpur, they are still passionately devoted to their homeland. Over the years of our friendships, I've seen so many photos and heard so many stories that I've fallen in love with this magical place, sight unseen.

Now, finally, I was about to see it with my own eyes.

We left KL at ten p.m. on Friday night. Torrential rains were dumping down as my host, his mother, his daughter and I loaded up the car and drove off. Aleesya and I were in high spirits, singing and playing in the back seat for the first hour, until she suddenly wearied and fell asleep. I tucked her in among her Hogwarts pillows and flowered blanket, where she sweetly dreamed for most of the next 11 hours.

Yes. Our trip took twice as long as expected - a full 12 hours. For reasons that I will explain later, the roads to Kelantan were jammed almost every kilometer of the way.  My host and his mother chatted through the long night, the sound of their Kelate accents comforting to my ears. I felt the spirit of the land change as we crossed over the mountainous spine of the Malaysian peninsula and down to the east coast, along the South China Sea. I watched the shadows of jungle passing by in the dark, So clearly I felt the rhythms of life changing as we moved from city to countryside. We had definitely left the stressful vibe of urban life far behind; what would I find at the end of my journey?

I wasn't sure. But as we traveled, I felt as if I was crossing over into a magical place where time moves slower, life is simpler, and people are more content. I felt like I was moving into a dream.

The sun came up as we approached the outskirts of Kota Bharu. I was bleary with fatigue and giddy with excitement, all at the same time. This state of being definitely added to the surreal quality of the experience.

We arrived at my host's family home. Everything I saw and everyone I met was bright, bold, and larger than life. After a spicy, spunky breakfast of nasi lemak, I was led to a room where I could sleep.

The curtains glowed with golden sunlight, the bed was heaped with colorful stuffed animals and pillows. A fan was blowing, and I could hear the leaves of the banana tree outside my window rustling in the steamy breeze.

I lay down and slept.

My dream of visiting Kelantan had come true. But this was just the beginning. 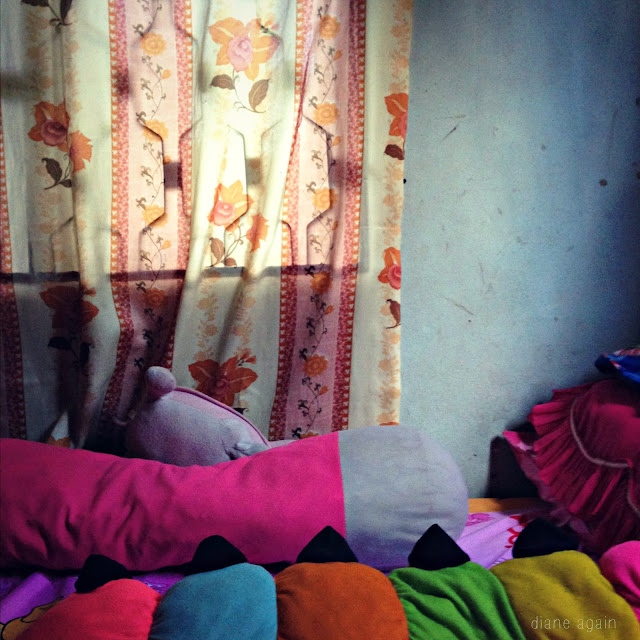 For more stories about my favorite Malaysian playmate, Aleesya, read these:

Day One
Kaleidoscope
A Day In My Malaysian Life
Rice Is Nice
48 Hours With Xeera
Malaysian Sunshine
Malaysian Memories: Part Two
Posted by Diane Streicher @ Diane Again at 3:04 AM