I read somewhere that over three million photos from last weekend's Super Bowl were posted to Instagram. That's an astonishing number of photos from a three-hour event directed to a social networking phenomenon that has existed for a mere 27 months.

But honestly, I'm not surprised. Everywhere I go, I see people Instagramming their hearts out. My outing to the Ellie Goulding show in Seattle tonight was a good example of that. 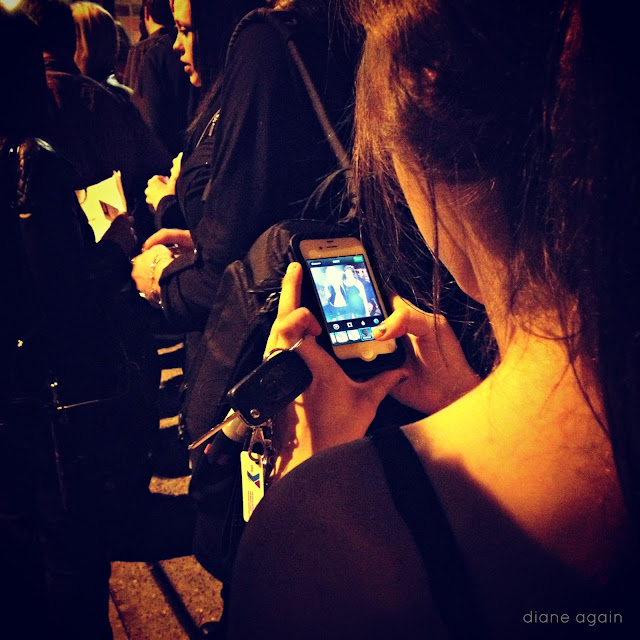 While I was waiting in line to get into the show, the two girls in front of me turned around and asked me to take their pic.

Sure, I said. No problem.

So I framed 'em up and took a quick shot, and looked on in amusement as the owner of the phone immediately uploaded it to Instagram, and watched her Likes start pouring in.

As soon as I realized what she was doing, I grabbed a shot of her in the process of editing her photo, knowing perfectly well that I will post my photo to Instagram too, and hashtag it with #instgrammingtheinstagrammer. 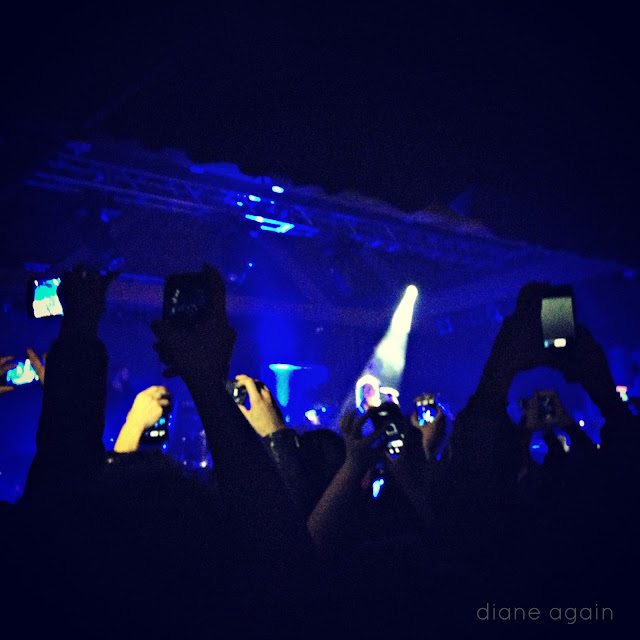 Later, when Ellie hit the stage, the crowd went wild and roared its approval. But rather than bask in the sight of our spotlighted pop princess with our own two eyes, it seemed like everyone in the joint busted out their camera and started taking pics. My line of sight was obscured by all these waving tentacles, but I wasn't annoyed. I just smiled to myself to think of how many pics would soon be flooding Instagram, and enjoyed the digital spectacle while it lasted.


After the show, my two daughters and I made the half-hour drive back home. We chatted about the show, discussed our schedules for the upcoming day, and stopped at the grocery store to buy ice cream. Still, much to my surprise, when I checked my feed at home, both daughters had already found the time to upload Ellie pics to Instagram. Which goes to show that in this house, ice cream is our top priority, but getting fresh photos edited and posted is a close second.

So my conclusion is this. Love it or hate it, we now live in an Instagram world. Now please excuse me while I get busy with my own updates - I've got some photos of Ellie that Instagram sorely needs.

Care for an encore? Here are more of my stories about live music performances: