Storytelling With Instagrams: Compose With Your Camera

I've been talking about telling stories with Instagrams. So far, I've covered the first two steps:

Get your story straight.

Before I do anything else to capture a photo, I decide upon the story I want to tell. And once I have decided on my story, all the decisions I make in creating the image will flow from that story. The story serves as the guiding force and unifying theme of my artistic ambition.

Before I pick up my camera, I devise a little scene that will tell my story. This step involves deciding on a subject for my photo, and then thinking about lighting, backgrounds, reflections and improvised filters, and human interaction with the subject. Because Instagram storytelling often happens in the flow of life, this step involves lots of improvisation and creative problem-solving. So much fun.

The third step of telling stories with Instagrams is this:

Compose with your camera.

Now that I am ready to pick up my camera and actually shoot my subject, I consider all the different ways to capture this carefully arranged scene. Let's look at an example.

Today, I decided to tell a story about the bittersweet brightness of a late August afternoon, in the waning days of summer. These black-eyed susans in my front yard capture that mood for me, so I chose them as my subject.

I thought about cutting a handful of the flowers and putting them in a vase, which would have given me lots of delicious scene-styling possibilities. I could have had a lot of fun experimenting with vases, backdrops, and other details for such a scene, but in the end, I decided that capturing the whole bed full of flowers outdoors was more consistent with the story I wanted to tell. So I waited till late afternoon, when the sun was low, and otherwise, let nature set the scene.

When the light was just right, I grabbed my camera and started shooting. Here are my unedited shots, and a few words about how I composed each type of shot: 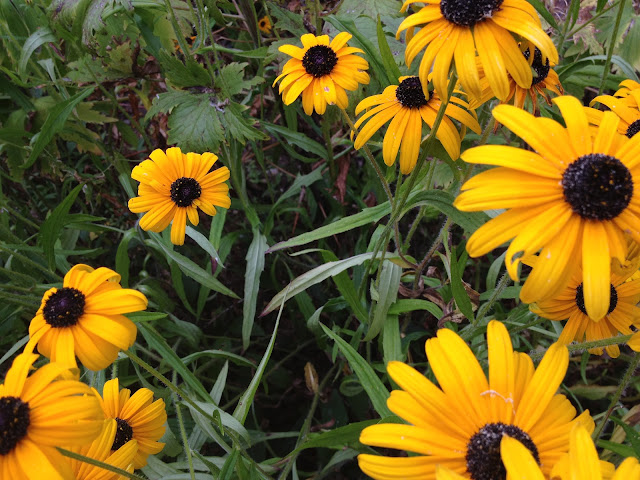 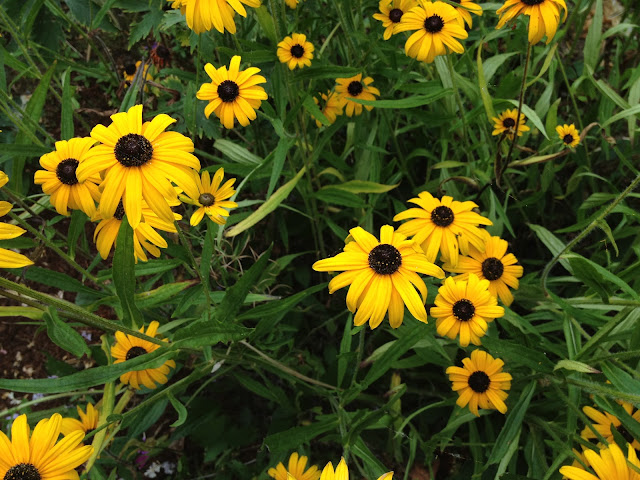 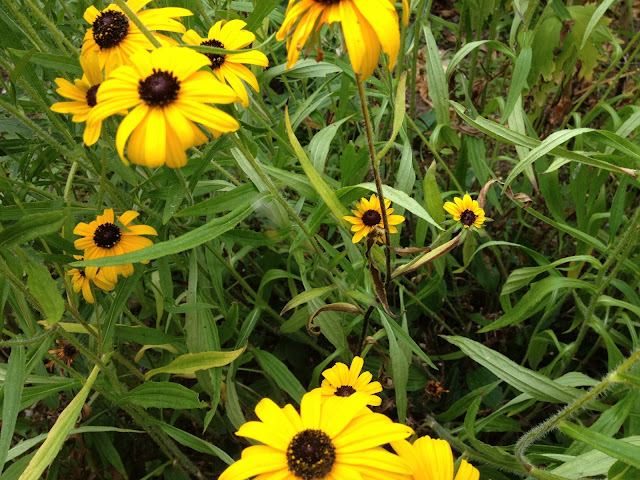 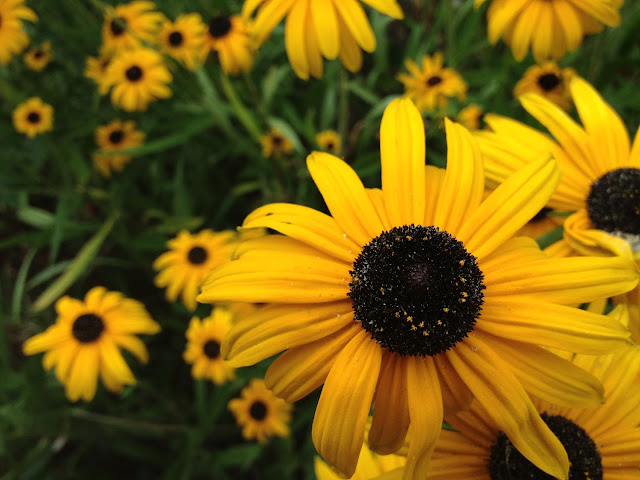 I started with some high-angle shots of the flowers in the middle of the bed, where the blossoms were kind of asymmetrically arranged. By tapping on the screen, I focused my shots sometimes on flowers in the foreground, and other times on those farther away from me. I zoomed in on one adorable blossom for an asymmetrical close-up. 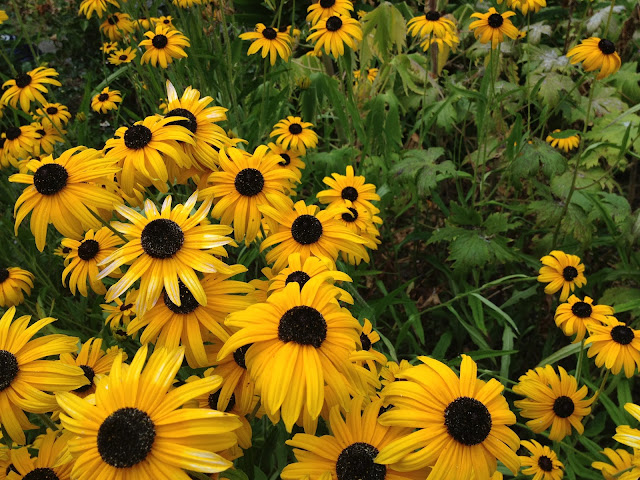 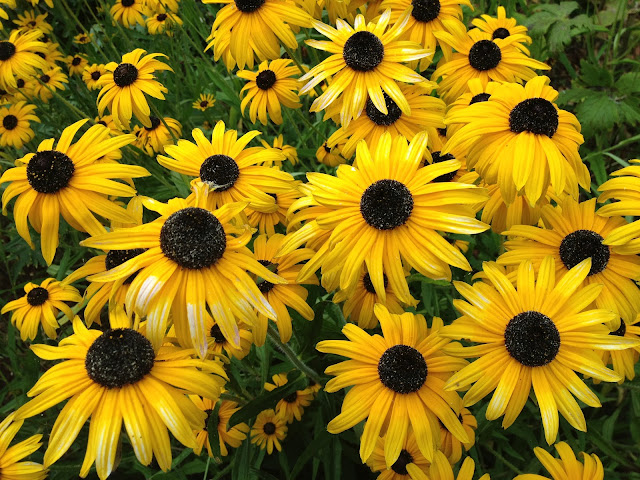 Moving my lens toward the front of the bed, where the blossoms were clustered together in a lovely golden clump, I used a bird's eye view angle right down on the lot of them. I took one shot where the yellow blossoms create a diagonal line down the center of the image, and another that is symmetrically balanced. 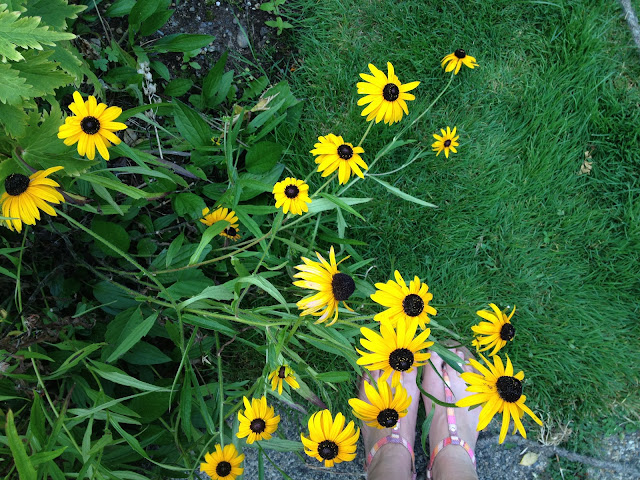 Then I stepped around the bed to change my angle, and noticed my feet on the grass under the blossoms, Time for a top-down Show Some Skin shot, bringing me into the photo just enough to create a different feel. 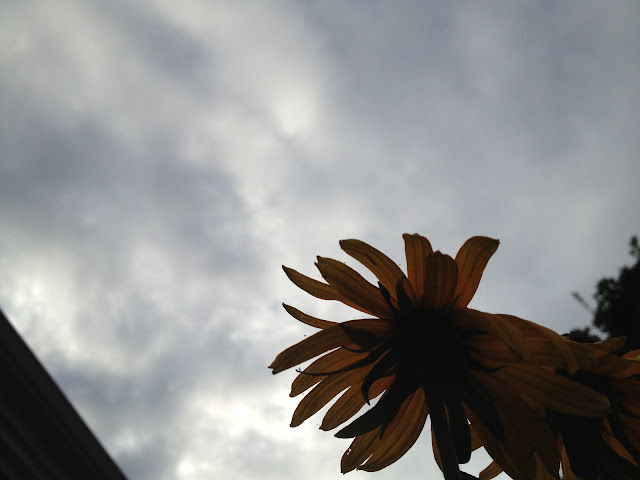 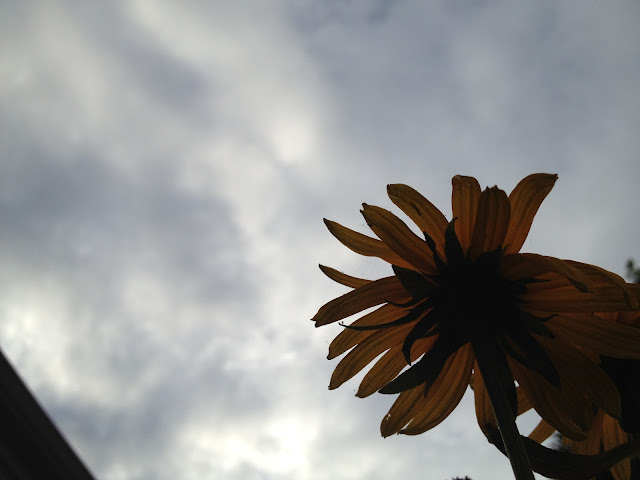 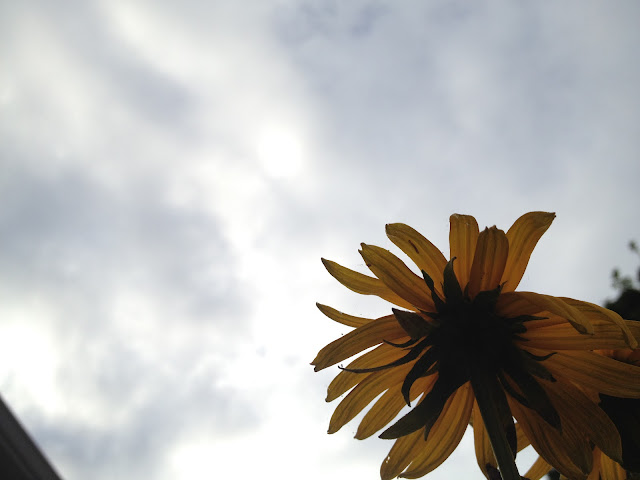 Taking another step around the flower bed and reversing my angles, I bent down and aimed up to shoot the underside of a blossom against the cloudy grey sky. Took me three tries to minimize the bit of roof showing, and get some color into the petals. 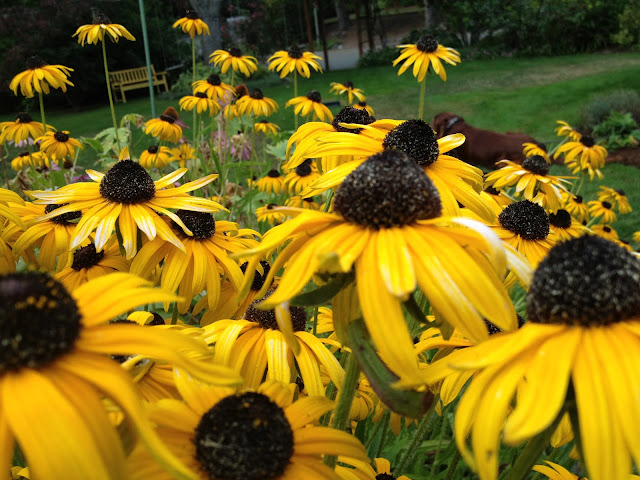 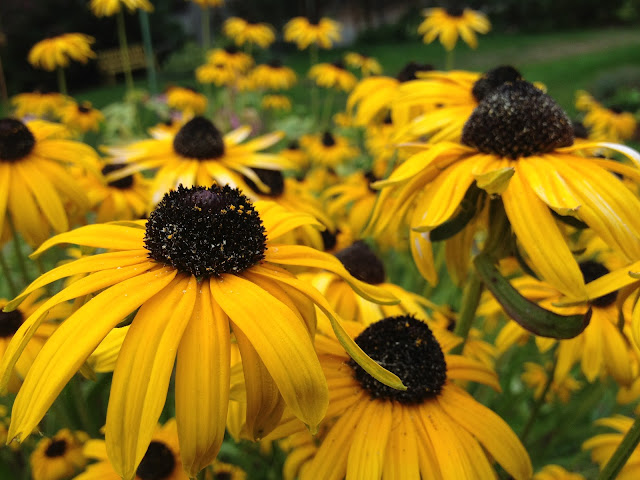 Next, I played with a few skim shots. By shooting across my subject and planning out my shot lines, I was able to capture a lovely bit of scenery beyond the flowers. The first shot reveals a bit of my yard, including a yellow bench and a resting Ranger; the second one is mostly unfocused green. 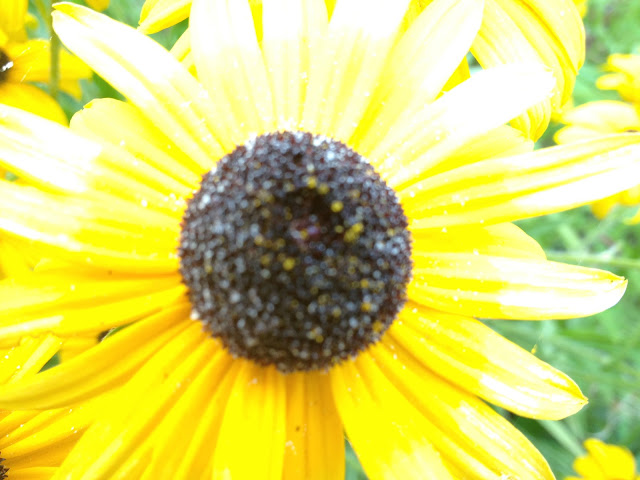 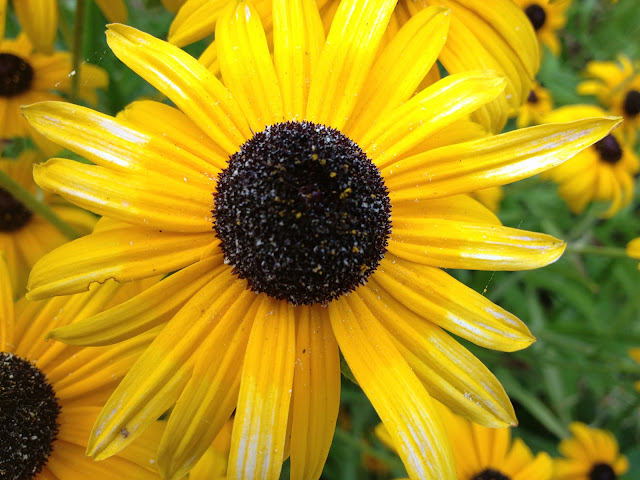 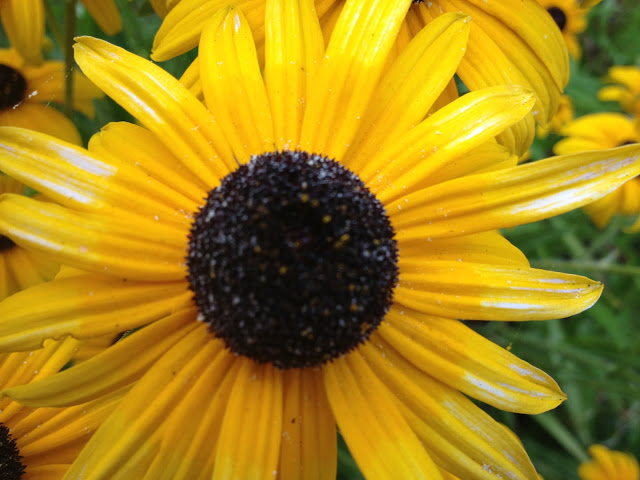 Finally, I went in for the big lens-dominating close-up. Took me three attempts to get one decent shot with a crisp focus and clear colors, but one out of three ain't bad.

I take a lot of photos of the same thing, don't I. But that is what this step is all about. By creatively composing many different shots of the subject, I have lots of options available to me when I try to choose the one that best suits my story.

One last thought on composing with your camera: I shoot in rectangular compositions but edit my images down into Instagram squares. This fact has two interesting effects on my camera work:

1. My brain is used to composing in rectangles as I'm shooting; I tend to automatically fill the entire rectangular screen with my subject, which makes it very hard to crop down the photo to a suitable square image.  I'm trying to retrain my eye to compose in a square format instead, but I don't always remember to do that. Which means that I am often very happy to have lots of similar-but-not-identical shots of the same subject. Never hurts to take more photos.

2. Because I am always editing from a rectangle down to a square, it's possible to cut a fair amount of ugliness out of a raw photo, rendering a very nice edited image. So I never give up on a photo until I've had a chance to play around with it in editing mode.

Which will be the topic of my next post...editing. Yippee!
Posted by Diane Streicher @ Diane Again at 11:47 PM