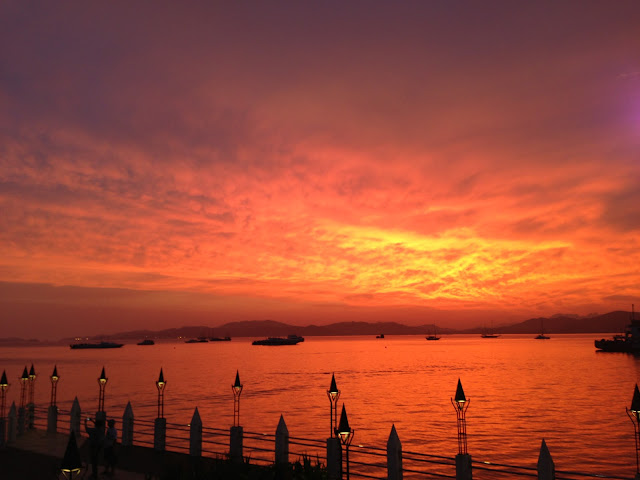 ^ At the jetty in Langkawi, an island playground in Malaysia, with my friends, Izzah and Nana.
Do you believe in God?

Though I will also be the first to say that many days, I wonder.

I wonder why the world must often be such a difficult and dark place.

I wonder why we humans can be so blind and indifferent to each other’s suffering.

I wonder why evil is allowed to not only exist but to flourish.

And I wonder why, if God loves us as deeply as he claims to, he allows innocent children to suffer. 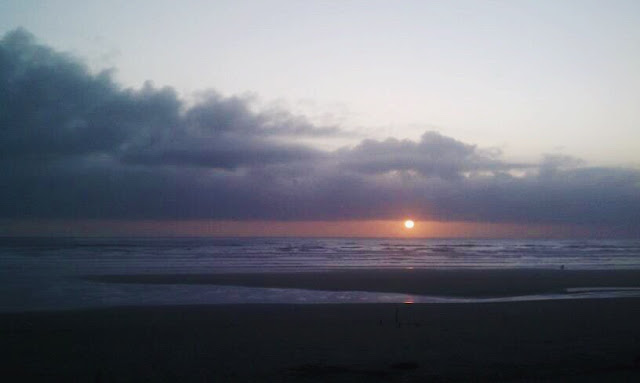 ^ Clouds over Kalaloch in 2011 with my two younger daughters and our beloved Ranger.

So I wonder and I question and I doubt, but always I come back around to telling myself that I can’t make any sense of my life if it isn’t in the hands of a loving creator. I’d rather find out at the end of my life that there is no God and the joke’s on me than try to live with the despair and pointlessness of a life without God.

And I look, in my life, for signs of God’s presence, for proof of his being, for evidence of his love.

Last night, I stepped outside and was immediately aware of being wrapped in a surreal pink glow. Every corner of the sky was flooded with rosy light, but to the west the sunset was cooking up a masterpiece. I have no words to describe the color, the texture, the overwhelming majesty of the clouds caught up in whatever atmospheric event was causing this beauty.

And I felt God stir within me.

And that was lovely. But it was a few hours later that I felt the full force of God with us. In my social media streams, I saw photo after photo of these very same breathtaking clouds, captured over the heads of my friends and neighbors. And though no one said it in so many words, I’m pretty sure they heard God whispering in their ears too.

Sharing God with one another. That’s what makes him real to me. That's why I believe

Sunsets are wonderful examples of God's fingerprints but they don't hold a candle to the holy power of the solar eclipse. Read my story of that amazing and life-changing experience here:

Posted by Diane Streicher @ Diane Again at 7:54 AM

Email ThisBlogThis!Share to TwitterShare to FacebookShare to Pinterest
Labels: Interesting People, Me in Malaysia, Seasons and Celebrations, Synchronicity