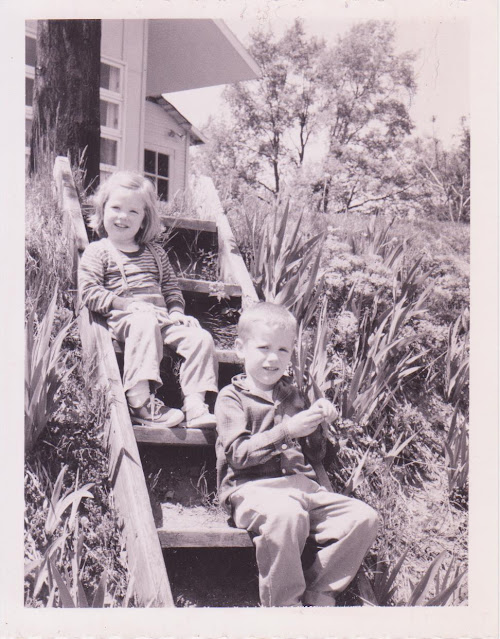 I've always had a thing for sitting on stairs.

Just like an old Army buddy, my childhood trauma comes to visit me.

Sometimes he stops by unannounced; other times I invite him to come spend the afternoon with me.

We sit on the concrete stoop of an old brownstone in the city. Fresh green maple leaves shade the sidewalk where children play, tossing their bikes into a heap as they pause for a game of hopscotch in the shadows. Several houses down, a handful of teenagers gather, teasing and laughing in amiable and indistinct conversation.

The postman walks by.

Sprinklers hiss and clatter on the neighbors' lawns.

Without a word between us, my old buddy and I breathe in the sweet summer sunshine, relax into the warm steps, and enjoy this simple feast of daily life. 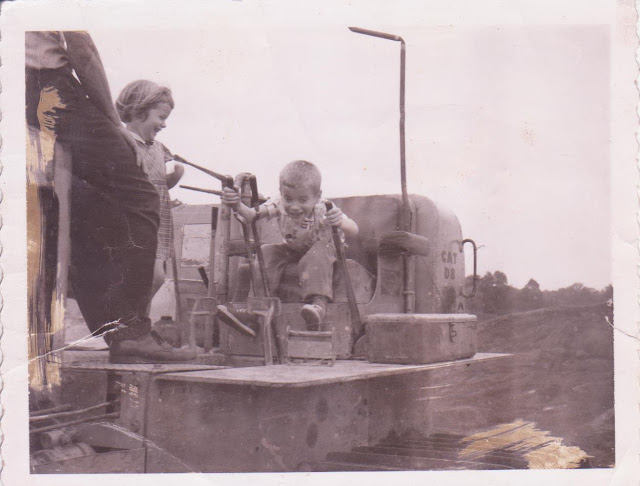 We found this old tractor on my great uncle's farm at a family reunion,
and while my father looks on, my older brother and I pretend it's a tank.

When we feel ready, words begin to flow, gently and carefully, as we talk about our days in the past.

We remind each other of what those endless days were like.

Trapped at night in the silent trenches.

Tense and apprehensive, jittery with adrenaline.

Waiting for the surprise attacks.

Combat erupting in the dark.

Bullets flying, screaming through the air, ricocheting off the dirt walls.

Helpless to fight back.

And begin the cycle of waiting for the next assault.

Wondering if the nightmare would ever end.

Miraculously, it did. The war ended. Peace treaties were signed, maps were redrawn, the aggressors packed up their supplies and their survivors and their arsenals and their defenses and moved on.

When it happened, we stared at each other in disbelief, my old buddy and me. We could hardly believe the danger had passed. Hours did we sit frozen in our bunker, afraid to raise our heads above the ground, straining our ears for distant sounds of incoming shells, before we could trust that the bloodshed was finally over.

Then we simply stood up and walked away. There was nothing much left for us to take.

For the first few years after the war, the two of us clung together. The memories were still so fresh, so vivid, so terrifying that facing them alone was unthinkable. But with time, the terror slowly faded, releasing its choke hold on our psyches and preparing our souls to once again fly free. 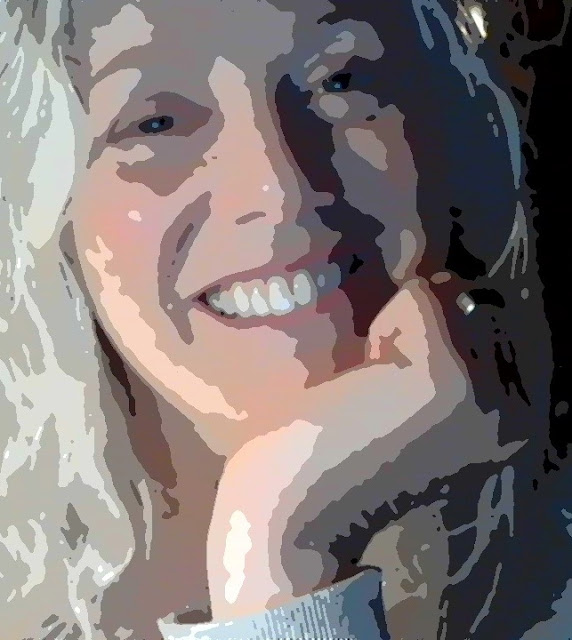 It took a while for my life to come back into focus afterwards, but it did. And I am okay.

Now, as the fathers begin to stream down the sidewalks, swinging leather briefcases as they make the short walk from the train station; and the scents of dinner on the stove begin to drift out from kitchens up and down the street, my friend and I stand up.

It's time for him to go.

We shake hands, warmly but with an air of formality, and I step down to the sidewalk to watch him walk back up the street for a few blocks until he disappears around the corner.

I have no idea where he lives. But it's better this way. I have deep regard for my friend and he'll always be a part of my life. But too much time together would mire both of us in the past, and that would not be good for either one of us.

No, it's better that he comes to me only now and then, when we can revisit our dark journey together as we sit in the sunshine on my stoop, my old Army buddy and me, and marvel at the miracle of life.

More stories about how I work things through:

Never Mind. I'll Do It Myself.

Posted by Diane Streicher @ Diane Again at 12:34 AM