The Creative Adventures Of Heidi And Diane

A few weeks ago, I opened my mailbox to find a lovely surprise inside.
That's a complete lie. I haven't opened my mailbox in years, if not decades. Fetching the mail is my husband's job and he takes it very seriously. I mean, I could probably make a mailbox run if I really needed to - I know where he keeps the key - but I have no idea which box is ours. I guess I'd just keep trying the key in different boxes until I found one that opened. Or until I was arrested for attempting to break into my neighbors' mailboxes.
So to be completely factual, I should say that I found an envelope on my kitchen counter addressed to me in a familiar and friendly looping cursive, and opened it with a smile on my face.
A Valentine from my dear friend, Heidi.
When I got my first peek at the front of the homemade card inside, my smile erupted into a big ol' grin and I daresay I laughed out loud.
Heidi was at it again.
* * * * *
You see, the cute little hearts arranged in a pleasing grid on the face of her card are familiar friends. Exactly ten years ago, she and I went on a wildly inventive whirlwind that was one of the most spontaneously creative adventures of my life.
Here, let me walk you through exactly what happened:
{All of these photos have been living in a Facebook album for the past ten years, along with the captions I wrote as I posted them back in the day. For better or for worse, I'm sharing everything here exactly as originally posted} 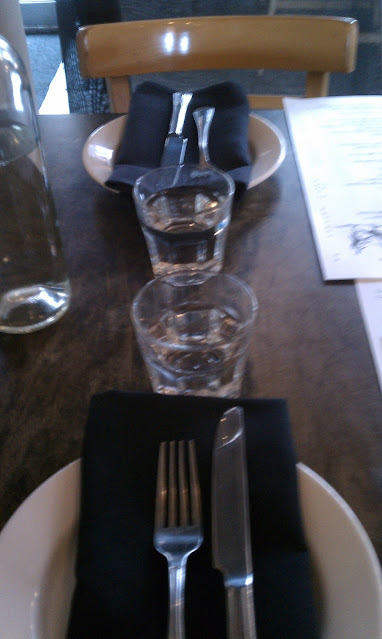 ^
I took Heidi out to lunch on her birthday.First, I took a pic of the table before she arrived and texted it to her. 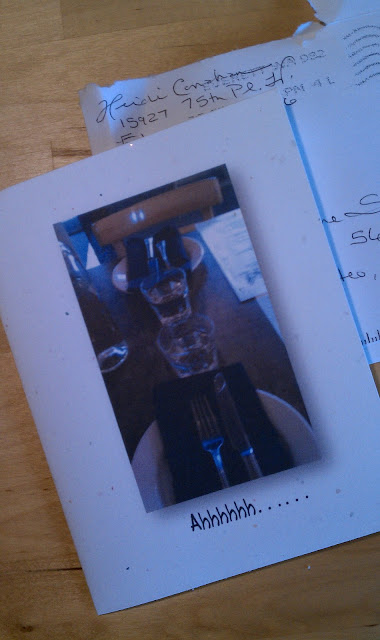 ^
Next, she used the pic for a card and wrote a thank you note to me.
I took a pic of the card and texted her that too. 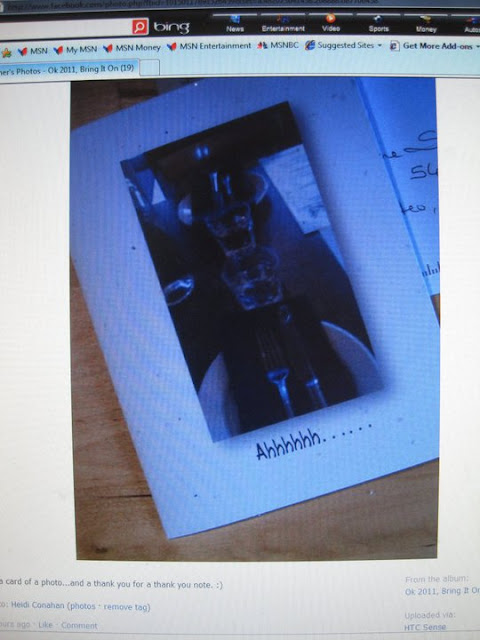 ^
Step Three...Heidi took a screen shot of my pic of the card and posted that on Facebook. 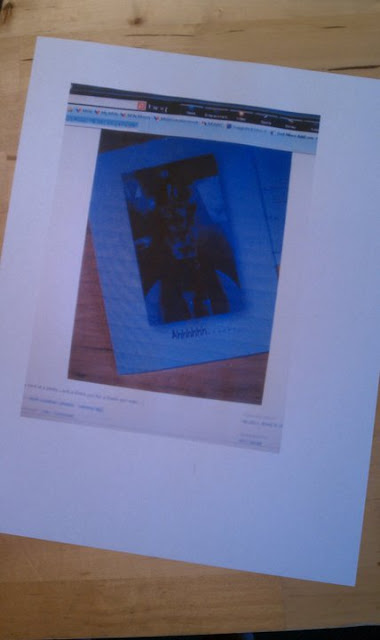 ^
Four: I printed out a hard copy of the screen shot, and then took a pic of it and posted it. 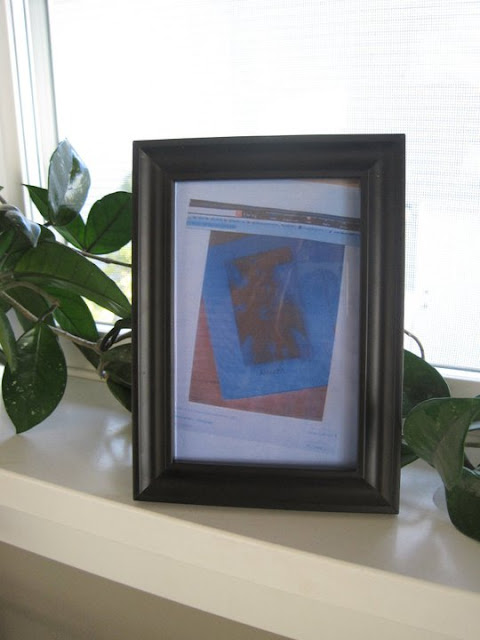 ^
5. Heidi printed a hard copy of my pic of the hard copy of the screen shot, and framed it.
Woah. Blew my mind. 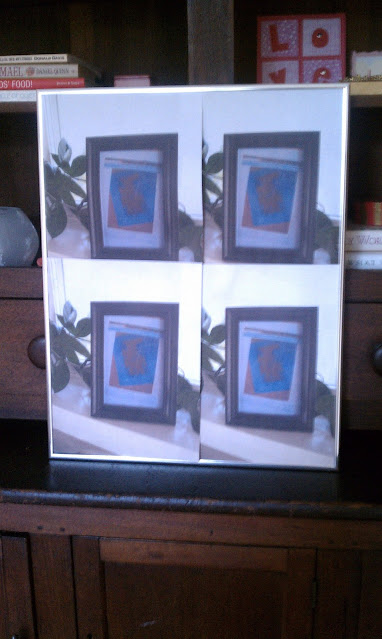 ^
Step 6: I printed four hard copies of her framed pic and then put them together in a big frame,
and took a pic of THAT. 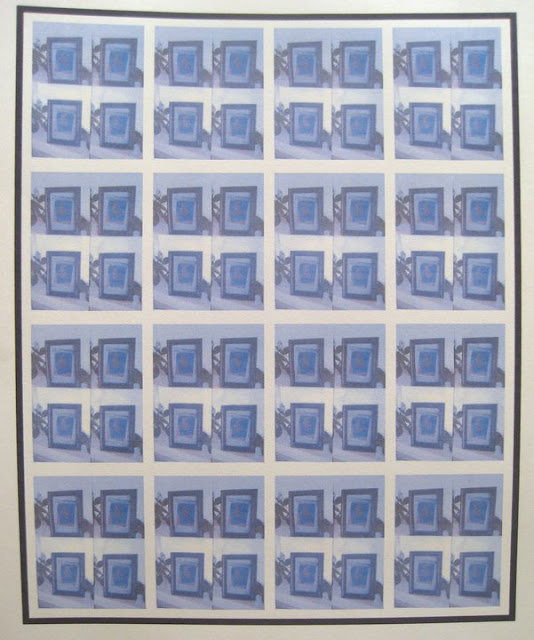 ^
Ok seven...she cropped my pic down to just the images, and then repeated it 16 times, a la Andy Warhol. 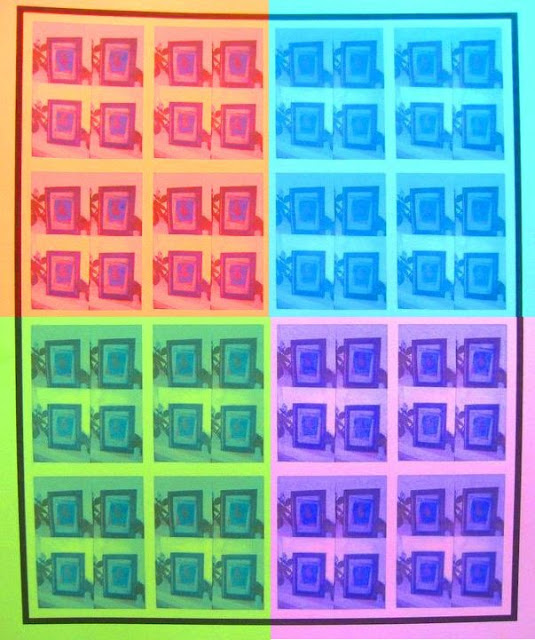 ^
Eight. I colorized it. Tessa gets credit for the technical work. She's a genius. 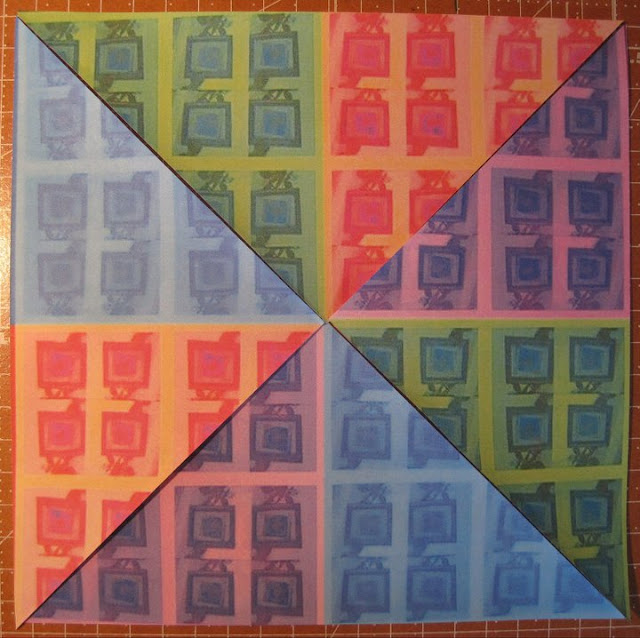 ^
9. Heidi cut up a hard copy along diagonal lines and reconstructed the square. 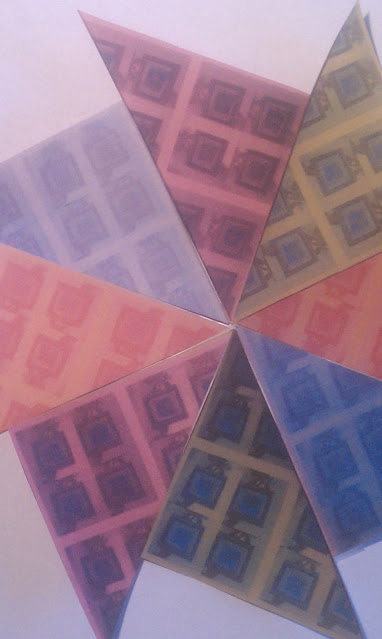 ^
Step 10. I printed a copy of Heidi's latest, cut along her diagonals and then cut each piece in half again, and arranged in a pinwheel. 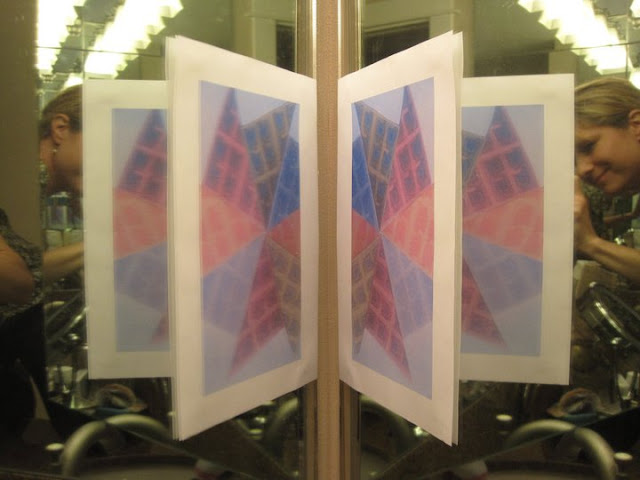 ^
XI. Heidi printed a hard copy, with a very nice white margin, and used her bathroom mirrors to get an awesome reflection. Sigh. I love this. 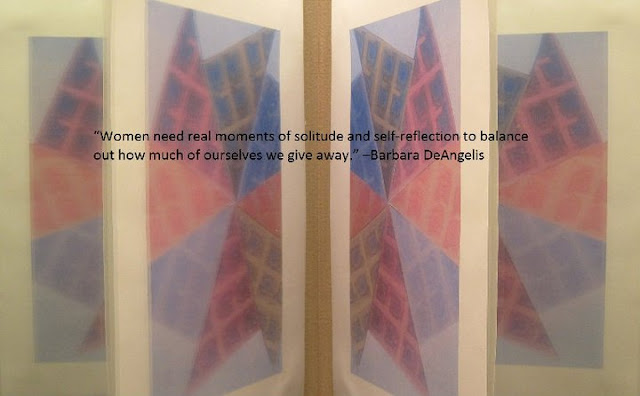 ^
12. I cropped down the image and added a quote. About reflections. 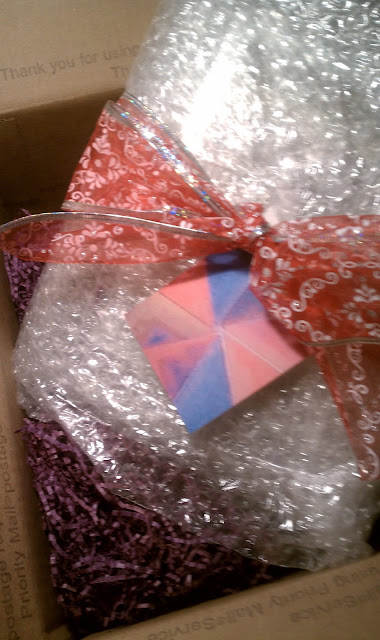 ^
Just when you thought it was over!!!13-A I got a box in the mail from Heidi today. I had no idea what was in it, but when I saw the little card, my mind began to race. 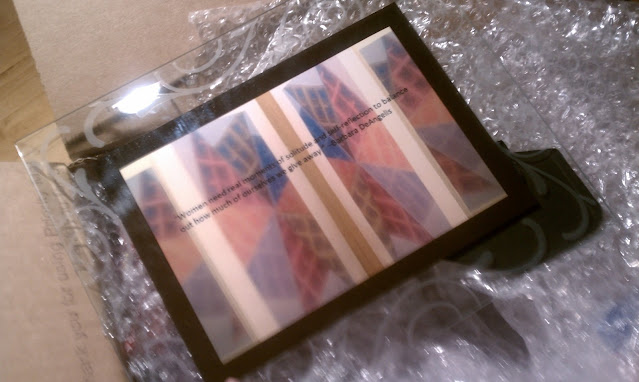 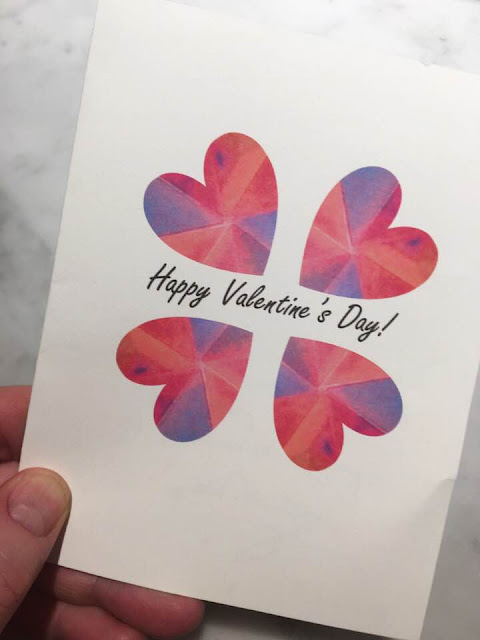 Number 15.
Hmm. I don't want to spoil any surprises.
But Heidi's birthday is coming up next week, and this time, I will not drop the ball.
* * * * *
Wanna see what happened next? Read this:
The Adventures Continue
Posted by Diane Streicher @ Diane Again at 9:18 PM