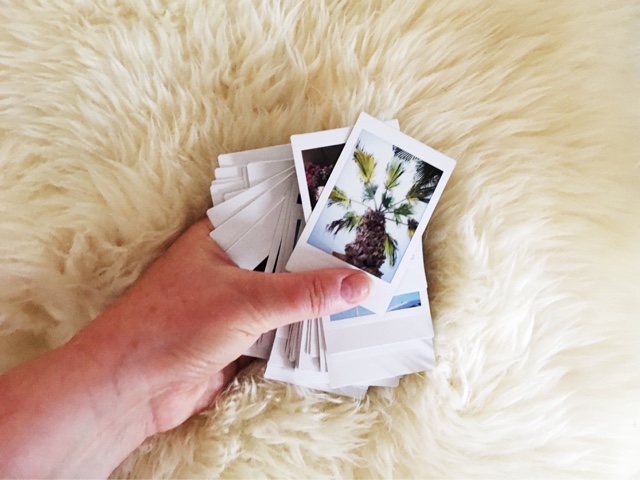 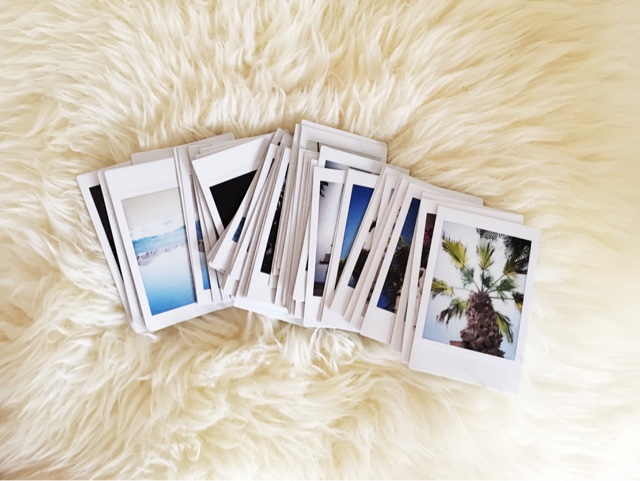 I'm not a person who usually loses things.
I'm more of a misplacer.

When something turns up missing in my life, I don't get too concerned. Retracing my steps usually solves the problem, and if I'm really desperate, I set my husband to task and he makes it his life's ambition to find whatever has been misplaced.

So last June, when I first got back from Mexico and realized my stack of Instax photos had gone rogue, I wasn't worried. But as the days and then weeks passed by and I still couldn't lay a hand on my treasures, I began to sweat.


These babies were not turning up.

My daughters and I could recall the final  moments in our Cabo hotel room, when I had gathered up my photo collection and pondered aloud where I should stash them for the trip home. We easily remembered several different places - the camera bag, a zippered pocket inside my purse, my carry-on - that I had considered for duty. But that's as far as our memories went. No one could recall where I had finally decided to pack them, or could even say with certainty that I had brought them along. It was entirely possible that, in a last-minute rush, I'd accidentally walked off and left my creations for the housekeeping staff.

Which in some ways would be only fair, given all the towel-folding artistry they had given us.

For weeks after returning home, I'd reassured myself that my photos were not lost, only misplaced, and they would sooner or later turn up. But as the weeks turned into months, my hope wore thin and I must admit, I began to question my relentless optimism.

That was just about the time that my first-born pulled out her suitcase and began to pack for her trip to New York.

I was in the kitchen when she came round the corner with her hands behind her back and a big smile on her face.

And now, with my missing Mexican memories returned to me, I can say with confidence that my reputation as a misplacer rather than a loser of things is secure.. And my relentless optimism has been fully restored.

Read more about my trip to Cabo

More stories about my Instax photos:

Email ThisBlogThis!Share to TwitterShare to FacebookShare to Pinterest
Labels: Art and Architecture