"Coincidences are God's way of getting our attention." - Frederick Buechner 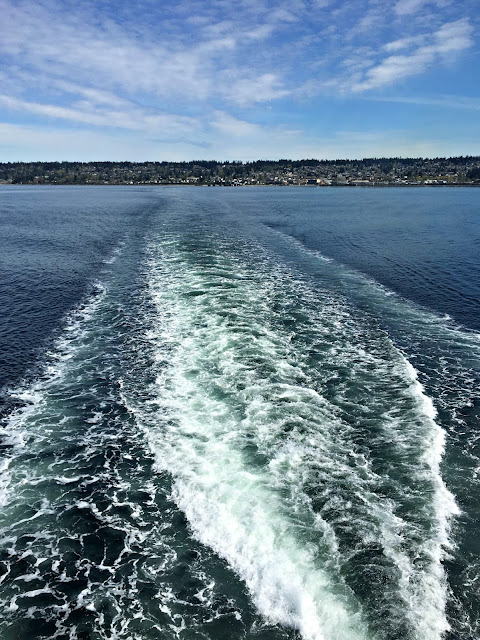 Peace out, Edmonds. We on a boat now and we're headed for adventure!

I grew up on Ore Lake - a medium-sized freshwater lake in southeast Michigan. As a dreamy adolescent, when I wanted to enjoy a sunny summer day, I would often row out to the middle of the lake, drop anchor on the sandbar out there, lay back in my little aluminum craft, and think about life.

Always, my eyes drank in the scenery that encircled me:

deep blue water surrounding my boat,
stretching out to endless weeping willows along the shore
to whipsy white clouds at the horizon
topped by a perfect powder blue dome.

And when my imagination was fully fired up - which was often - I would stare at the clouds and imagine snow-covered mountain ranges hiding within them. I could almost convince myself that the peaks were there, and as much as I lived my lake life, I yearned for those mountains too. 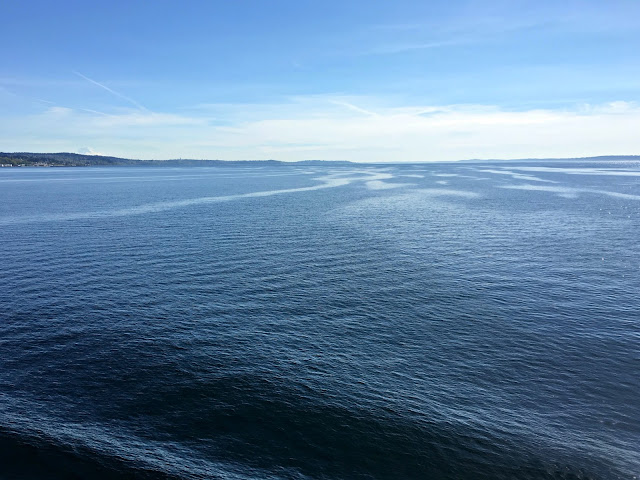 At first, the varying waves and intricate patterns of the rolling deep captivated my attention, until I noticed a solid white bulge in the clouds to the left.  That, my friends, is our beloved Mount Rainier, and any day when the clouds part and she presents her pretty face is a good day indeed.

Now I live near Puget Sound - a protected inlet of the Pacific Ocean on which Seattle is located. On a gorgeous summer-like day this week, two of my daughters and I decided to take a pleasure cruise across the Sound on a Washington State Ferry. As we strolled around the windswept upper deck, I found myself drawn to a sunny railing on the lee side of the ship where I fell deep into thought.

My eyes drank in the scene:

deep blue water around my boat,
stretching out to the triangle-y tree tops along the shore
to whispy white clouds at the horizon
topped by a perfect powder blue dome.

But this time, I didn't need my imagination to conjure up snow-capped mountains playing peek-a-boo within those clouds. There they were, as real as can be, in all their majestic glory - Mount Baker to the northeast, Mount Rainier to the southeast, and the Olympic Range spilling along the horizon to the west.

And my soul was sweetly, deeply, profoundly satisfied. 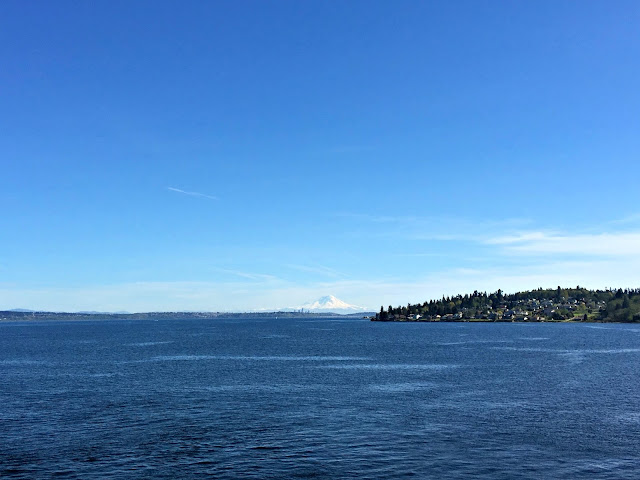 The Mountain, as the locals call her, dwarfs the city skyline as she appears to float above the horizon.

As I stood there in the snapping winds, my mind turned over and over the remarkably similar circumstances, the almost-prophetic adventures of my youth.

Lying back in my rowboat, decades ago, did I somehow know what my future would hold?

Were my imaginings some sort of vision or just a lucky coincidence of how my life would eventually unfold?

Did it matter that I dreamed of mountains? Did my yearnings somehow influence my life's decisions, even though my conscious mind would insist they did not? 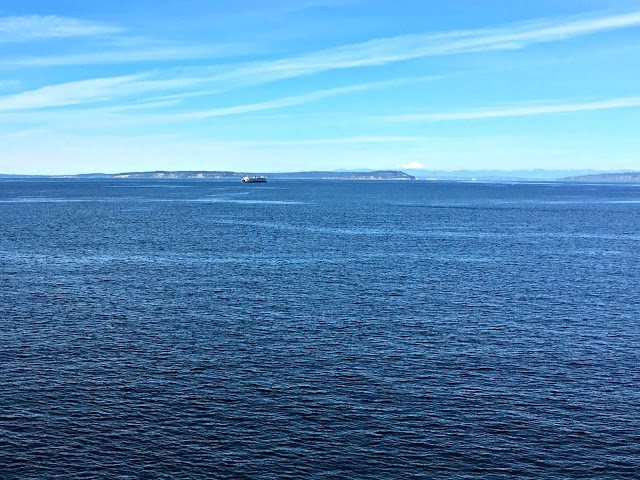 Baker looms on the northern horizon, close to the Canadian border, and her subtle presence among the low-lying clouds is exactly the vision of my youth.

Ultimately, I decided, it doesn't matter.

Premonition or no premonition,
Coincidence or not,

floating in a sea of blue
surrounded by endless trees,
tufted with white clouds
hiding snowy-peaked mountains
under a dazzling blue sky.

And this is exactly where I belong. 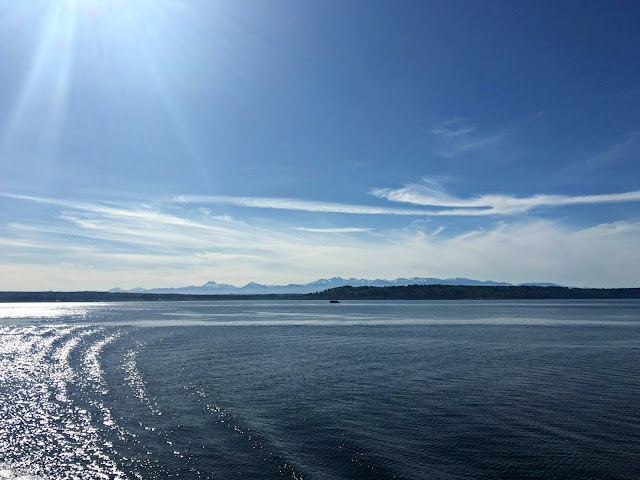 The ridge of the Olympic Mountains appears blue in the afternoon sun, but their jagged snow-covered peaks definitely make me feel at home.
Posted by Diane Streicher @ Diane Again at 2:48 AM