Day before yesterday, I found myself in a real pickle.

My third-born daughter's Golden Birthday was fast approaching, and I needed to plan some fanfare-filled festivities fast.

A Golden Birthday, I might explain, is the birthday in which one turns the age that matches to the date of her birth. I was born on the first of January, so my Golden Birthday was spent wriggling through diaper changes and dribbling strained plums onto my bib, I suppose. But my daughters all had the good sense to appear in this world around the end of the month, and have thusly spent a good many years anticipating the arrival of their Golden day.

Complicating these important celebrations considerably was the fact that the birthday girl is currently living in Vietnam.

I had just been to visit her, but I didn't have the foresight to bring gifts.
The hour was far too late to send anything, plus the Vietnamese postal service is notoriously ineffective and sticky-fingered.
And sadly, Amazon does not deliver to Danang.

Desperation consumed me as I pondered my shocking lack of options.

I was MacGyver on a mission with nothing but a match. 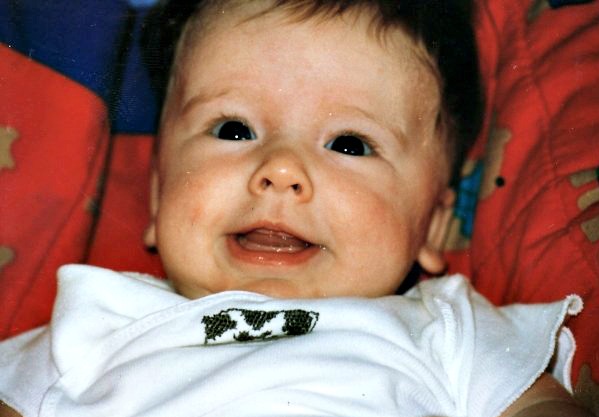 Outtake #1: At four months, she's too old to be a newborn but not even close to that first birthday. And there's a tiny bit of rash left on those cheeks. So this photo did not make the cut, that though smile is awful cute.

The inspiration did not come over me piecemeal. It knocked me off my feet with a full force of fabulousness.

I would spam my daughter's face all over social media with a wave of pictures from her life.

I would post the first shot of her newborn adorableness at the exact moment of her birth, adjusted to her current time zone in Asia.

With each passing hour, a new shot would be posted, documenting her growth through the years.

And in the end, she and I would both enjoy a digital album that captures who she has been and what she stands for, at this Golden Moment in her life.

Hallelujah. I was so relieved by my brainstorm that I promptly forgot all about it. Assuming I had plenty of time to thumb through photo albums and choose my favorites, I did nothing to prepare. Predictably, the pre-birthday days quickly slipped by and the crazy fourteen-hour time difference almost caught me off guard. At 4:30 pm, in the midst of a backyard weeding frenzy with a dog that was giving me the usual pre-walk "don't-you-dare-forget-me" stare-down, I suddenly realized that the first photo was due at 6:44 pm.

I was Harry Potter facing the second Triwizard Tournament Challenge 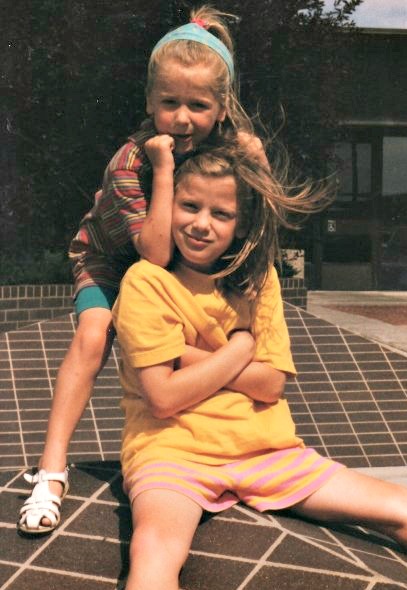 Outtake #2: Crazy vacation fun but the sun made for some squinty eyes. Plus this one is way too hard to crop into the mandatory square; I could never chop off those beloved white sandals.


I have to admit, the process of choosing photos was tougher than I had blithely anticipated.

First, I wanted most of the pics to be solo shots of the birthday girl. As any parent of three or more kids can attest, individual portraits are tough to come by at this stage of family life.

Second, my goal was to choose photos that were taken in the same season as her actual birth date, in order to best capture her growth from year to year. That knocked a goodly percentage of the archives out of contention.

Thirdly, variety was essential. Spamming the internet is one thing, but subjecting her friends and mine to several dozen photos of my girl staring at her birthday cake was not my intention.

And last but definitely not least, she had to look good. We all have those photos of ourselves that make us cringe, especially ones taken during the pesky middle school years, and the last thing I wanted to do was inadvertently post a double-chin shot that would fill my daughter with a murderous rage.

This was supposed to be fun.

So, with a huge stack of photo albums and the entire family archives at my fingertips, every digital device in my arsenal, and an unrelenting 24-hour challenge before me,  I set to work.

I was Chloe at CTU on a crisis day. 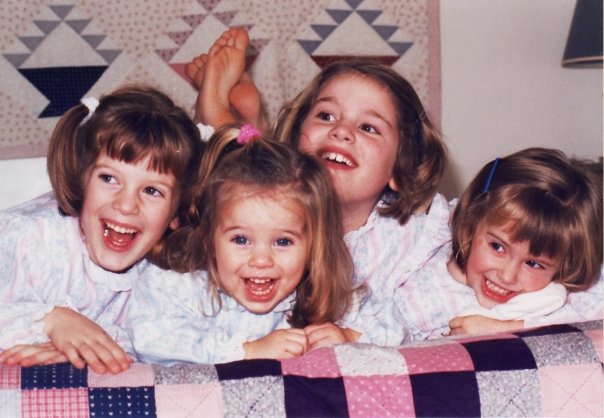 Outtake #3: You can never go wrong with a pack of Streichers, but sometimes a girl just needs to be alone.

In the end, I survived. Twenty-five Grade A shots, culled from the files, edited and posted exactly one hour after the next, telling the tale of my third-born's life. Go here to see them in all their chronological glory, along with a few notes about why I chose each one.

See more of my Golden Birthday stories and photos here: