During my tenure as a Seattlite, I've enjoyed the views from the top of the Space Needle several times. But never have I ventured to the summit of the significantly taller Columbia Center. 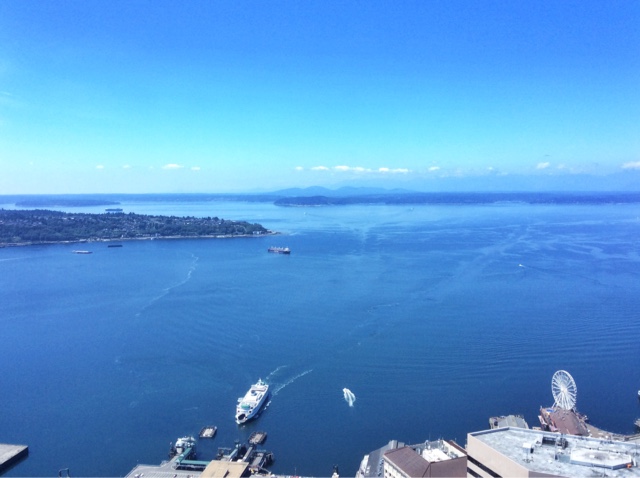 Looking west toward Puget Sound and the Olympic Mountains beyond, as a ferry docks at the waterfront and the Ferris wheel goes round and round. 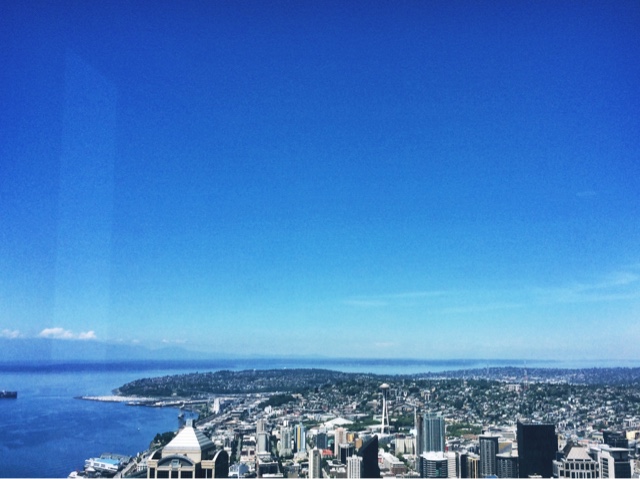 From this 902-feet high perch, the Space Needle is dwarfed and Queen Anne is barely a bump.


a football game to a fishing trip. 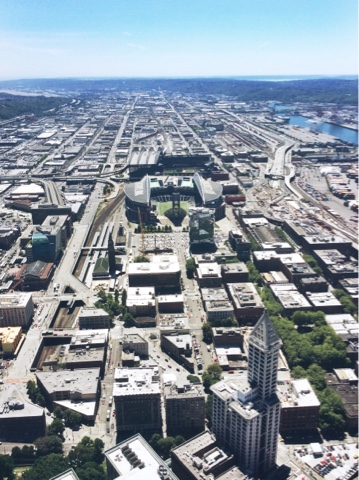 A bird's eye view of CenturyLink Field - home of of the Seahawks and Sounders - lined up in front of Safeco Field, the home of the Mariners.

or a Ferrari to a smart car, 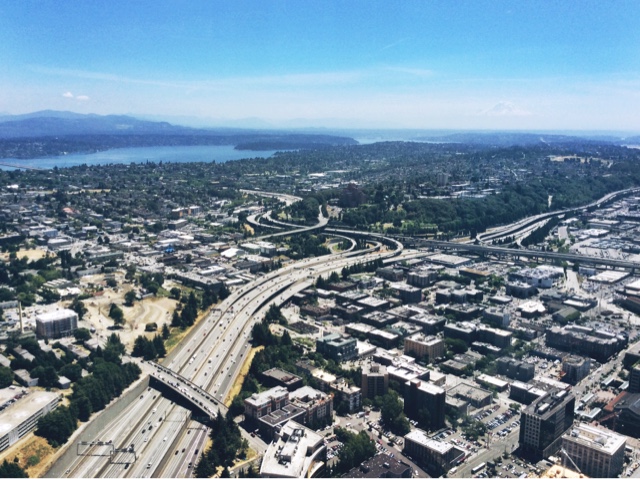 This interstate junction is the western terminus of Interstate 90, which runs 3020 miles east to Boston, the longest expressway in the country.

comparisons between the two experiences are pointless.

Both have a lot to offer and much to enjoy. 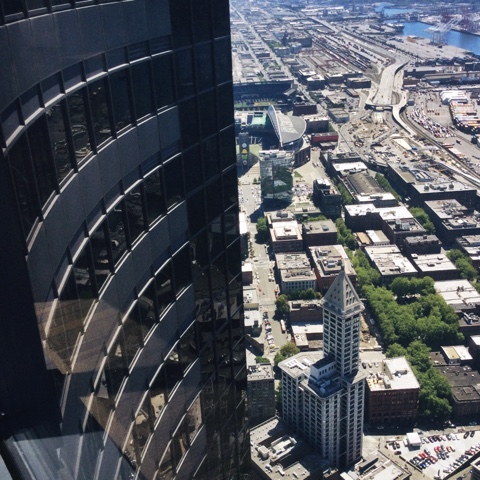 Now tiny by comparison, the itty bitty Smith Tower was the tallest building west of the Mississippi from 1914 to 1931. Its observation deck is currently closed, but the minute it opens, I'm going up.


But if you are looking for the most powerful, super-charged 360 views west of the Mississippi, Columbia Center is your go-to. The views from the 73rd floor of the second-tallest building on the West Coast will knock your socks off and boggle your mind. 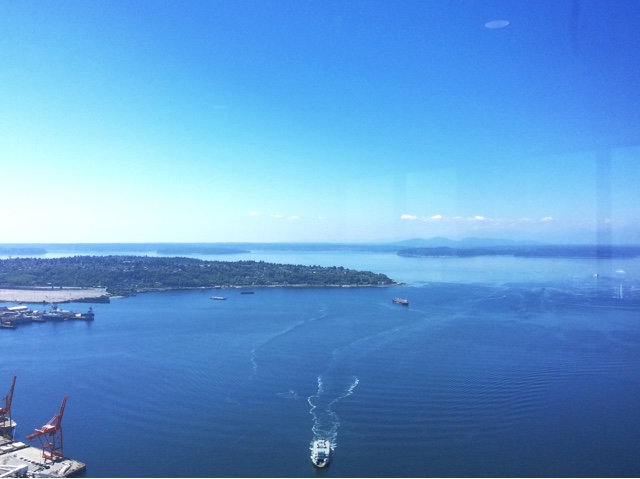 Another ferry arrives. I could watch them all day.

Like a perfect dozen roses to the Space Needle's handful of wild daisies, Columbia Center is not to be missed.
Posted by Diane Streicher @ Diane Again at 12:43 PM