In the past week, I've finally knocked the travelling dust off my shoes. After two months of nonstop globetrotting, I was nearly bursting with pent-up domestic adrenaline, so ready was I to cook, clean, create or do anything remotely related to feathering my nest.

But as luck would have it, somewhere between the South China Sea and my own front door, a wicked Asian virus of epic proportion struck me down. I hate to admit defeat to a pack of germs, but I have to hand it to this strain. It laid waste to my ambitions and knocked me clean off my feet.

I've spent the last seven days loopy on Nyquil, doing little more than blowing my nose and drooling into my pillow

So, during that first much-anticipated week of my triumphant return, here is the sum total of all my accomplishments. 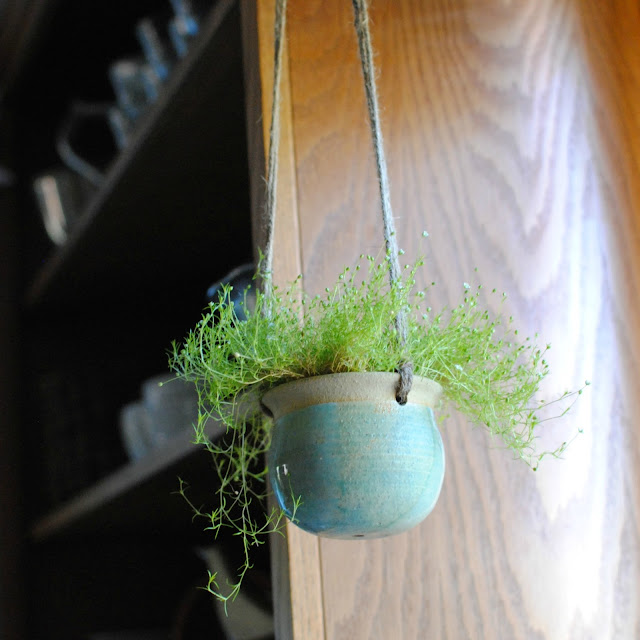 Oh, the little clay 70s throwback pot was already hanging there in my kitchen window. That's not new.

But the previous plant living there had died while I was gone and needed replacing.

So yep. I replaced it. Took me the whole darn week. 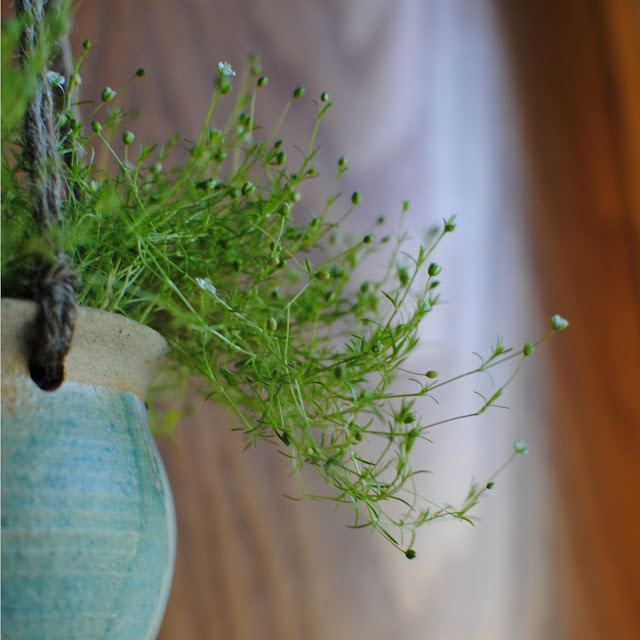 Though maybe I should confess that I asked for a bit of help.

Sent my husband off to actually buy the plant and fetch it back to the kitchen counter.

Begged my first-born, whose wingspan is several inches longer than mine, to lift the pot off its hanger and set it on the counter where I could reach it.

Later, I called upon her again to rehang the newly planted pot back in its place.

But darned if I didn't handle that repotting task all by myself.

Yep. I yanked out the dead plant, pulled the new one from its plastic pot and pushed it into its new home.

Then I left the whole mess there for someone else to clean up and collapsed back on the couch for yet another sweaty and dreamless nap. 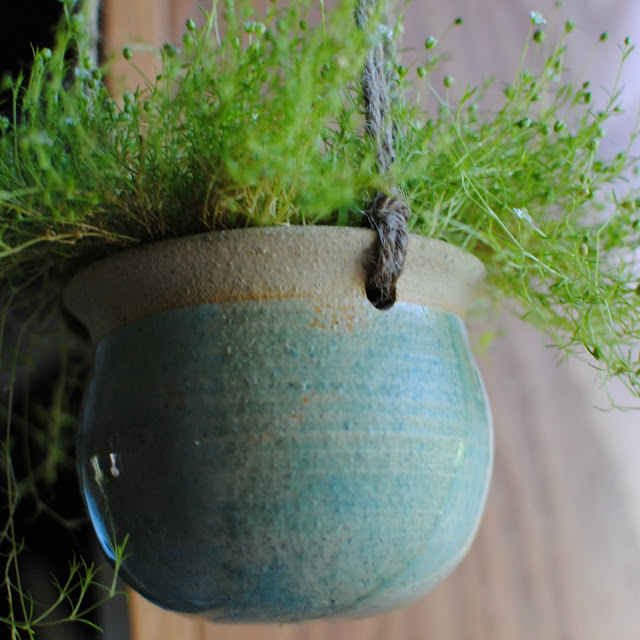 My get-up-and-go is slowly returning and I'm finally laying into that list of DIYs that blossomed in my head while I was gone.

And while I'm a tad frustrated by the lost hours of this first week, the sight of this little pot calms me down as it whispers in my ear,

Baby steps.
Posted by Diane Streicher @ Diane Again at 8:55 AM

Email ThisBlogThis!Share to TwitterShare to FacebookShare to Pinterest
Labels: Inspired Learning, My Home and Garden