Southern California is a land of imagination. The entertainment industry centered here is known for its unique ability to captivate the world with its stories, special effects and endless innovation.

Now of course, there is much more to SoCal than Hollywood, but as I zoomed across the region not just once but twice in two back-to-back days, I noticed my own creative energies kicking in. So please allow me to share with you the free associations of my mind as I roamed through this magical, thought-provoking countryside. 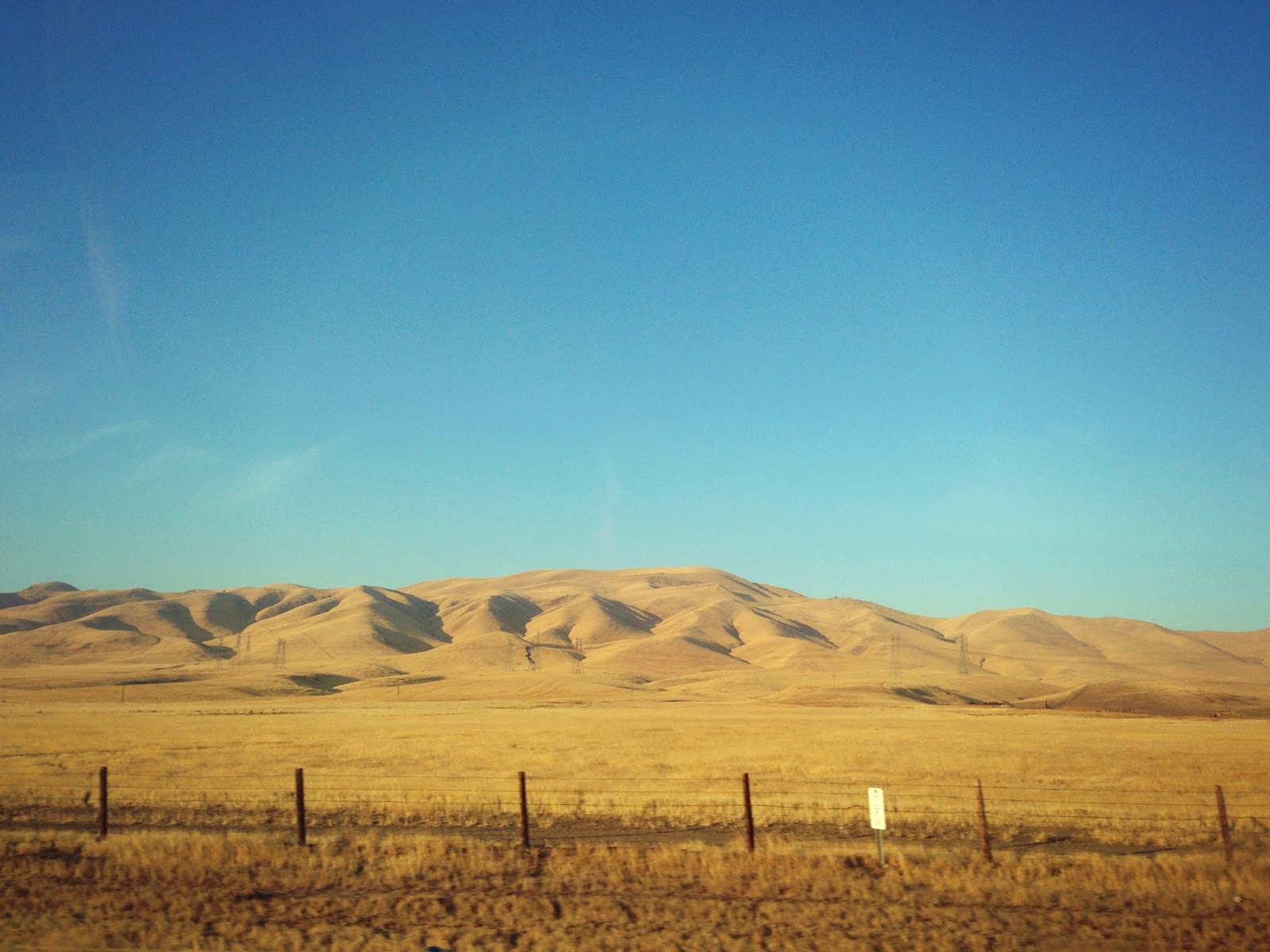 Plunked down in about the middle of the state, the city of Stockton might be considered the gateway to Southern California. Heading south from there, toward the famous and fantastical city of Los Angeles lies about the most forlorn stretch of scenery that you can imagine. 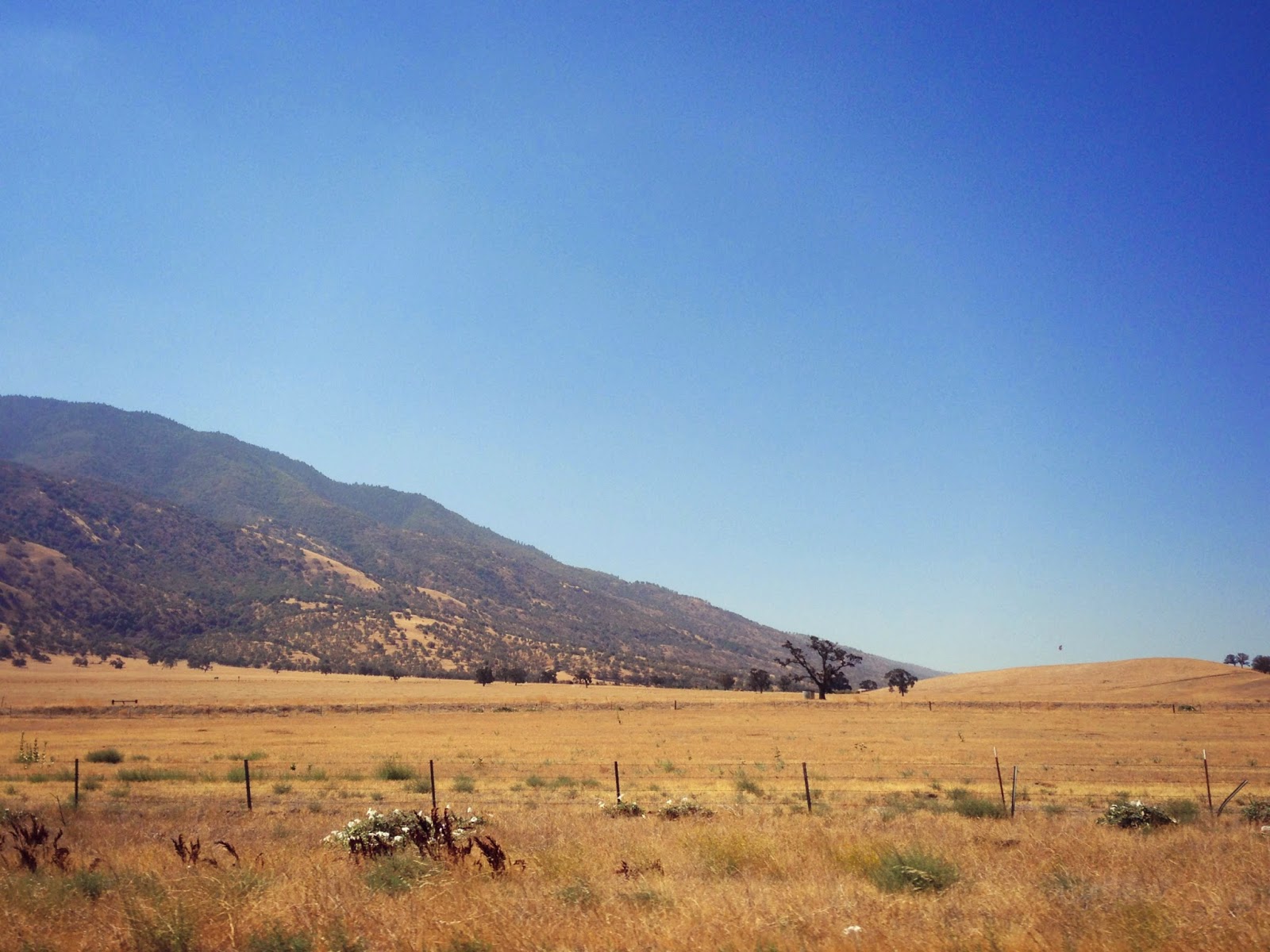 When I was a little girl growing up in the heartland, I fantasized about living in Southern California.

Which is not that surprising. A lot of people do.

But I didn't dream of seeking my forturnes in Los Angeles. For some reason, I was sure that I belonged in Bakersfield.

I have no idea why. I knew nothing about the city except the name. Maybe I read about it in a book

I just thought this hardworking city sounded like an exciting and exotic place to live, and I smile at my childish notions whenever I drive through. 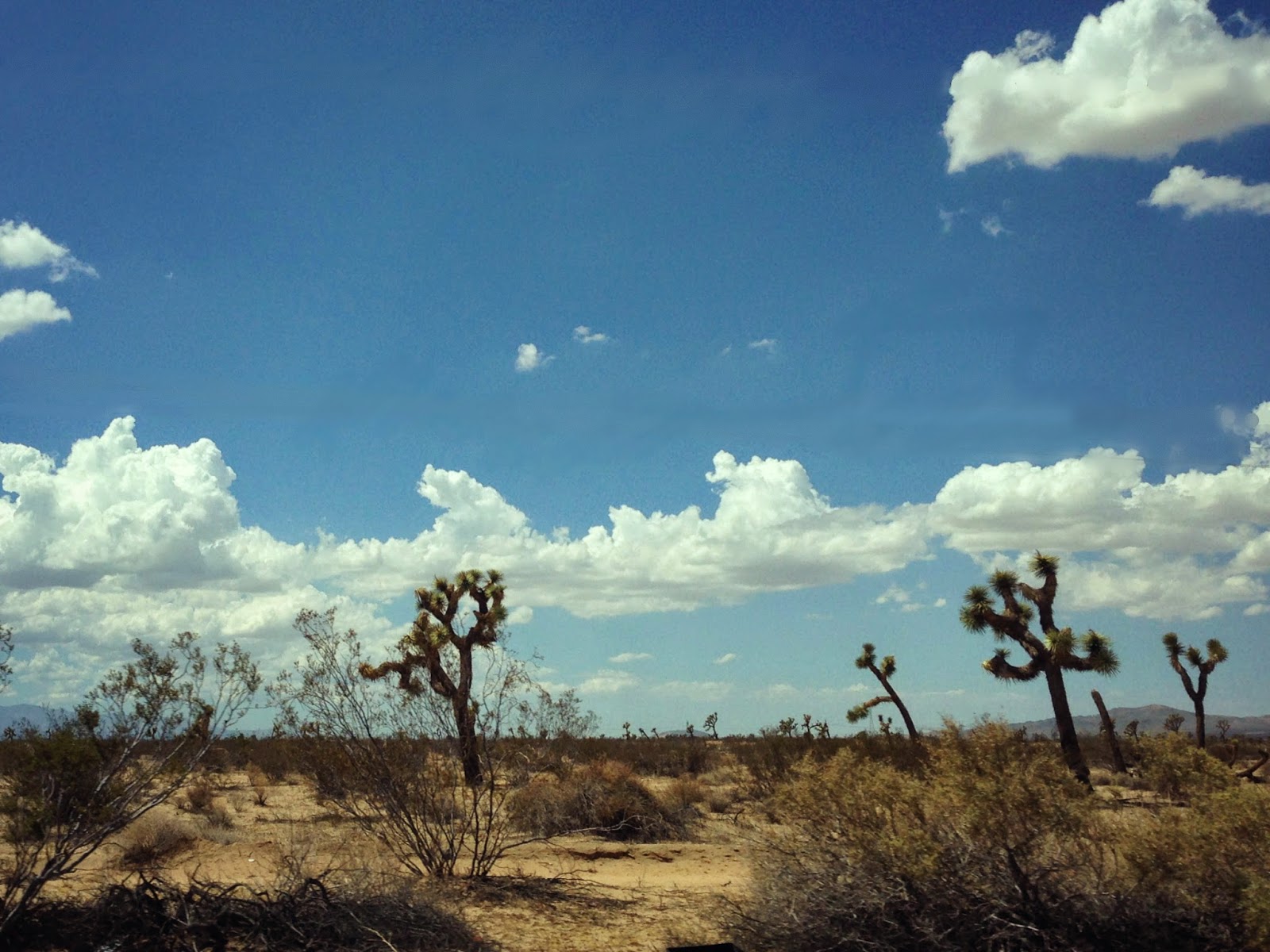 Just beyond Bakersfield, the Mojave Desert springs up, full of these adorable Joshua trees. They remind me of U2, who named an album after them. And while this song is not on that particular album, I'm always reminded of this, my very favorite U2 song, and I sing it in my head as I pass through this quirky desert forest. 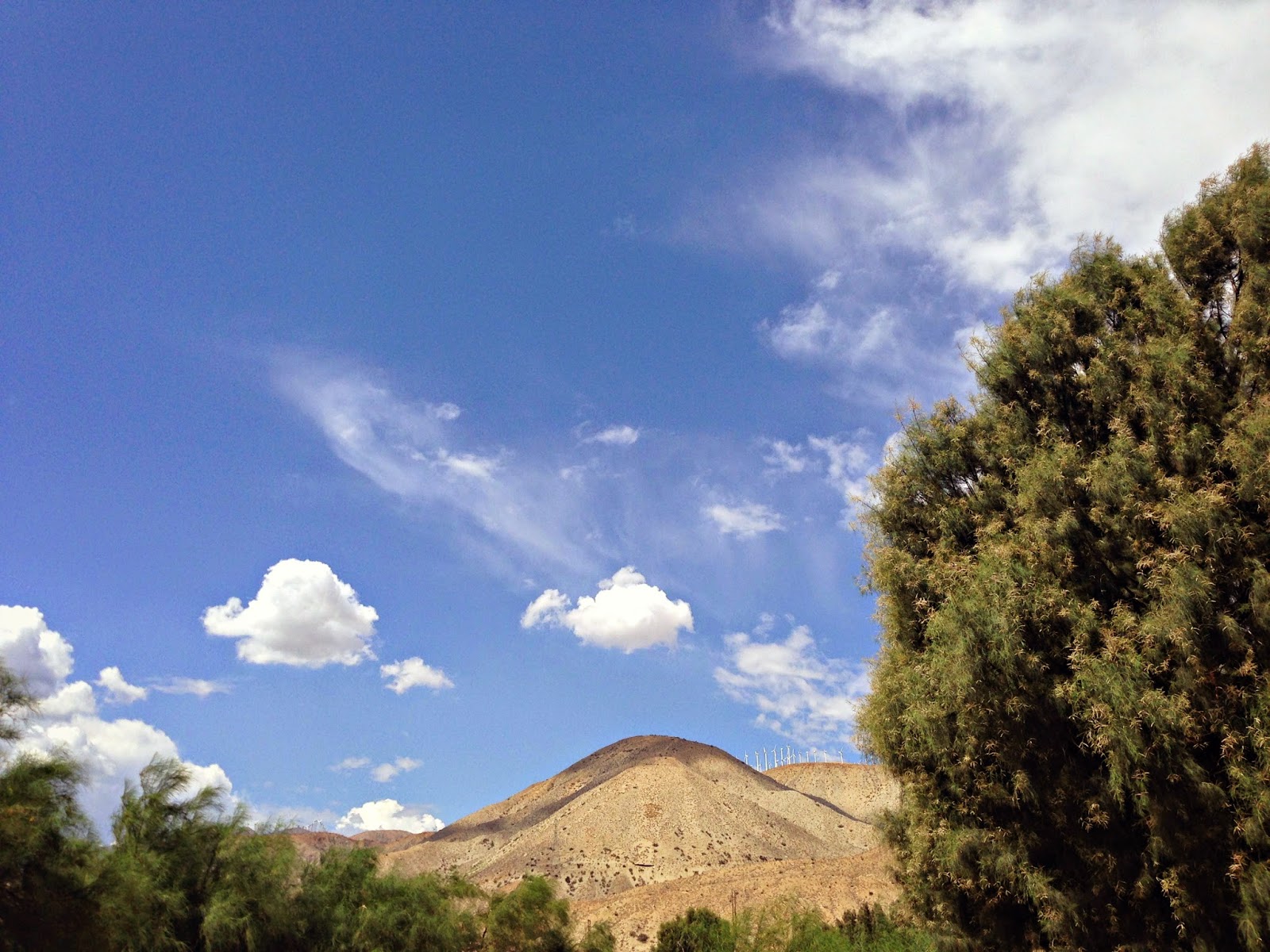 When my daughters were young, we crossed the Mojave Desert and stopped at a rest stop. The air was hot and dry, the winds were surprisingly fierce. As I watched my tiny little fourth-born scampering along with her sisters on the way to our picnic shelter, a momentary but overpowering fear swept through me as I considered how quickly she might succumb to those natural forces.

Of course, she survived the outing quite nicely, and my fears were only fleeting, but whenever I roll in to a desert rest stop, I'm reminded of how precious and fragile our lives can be. 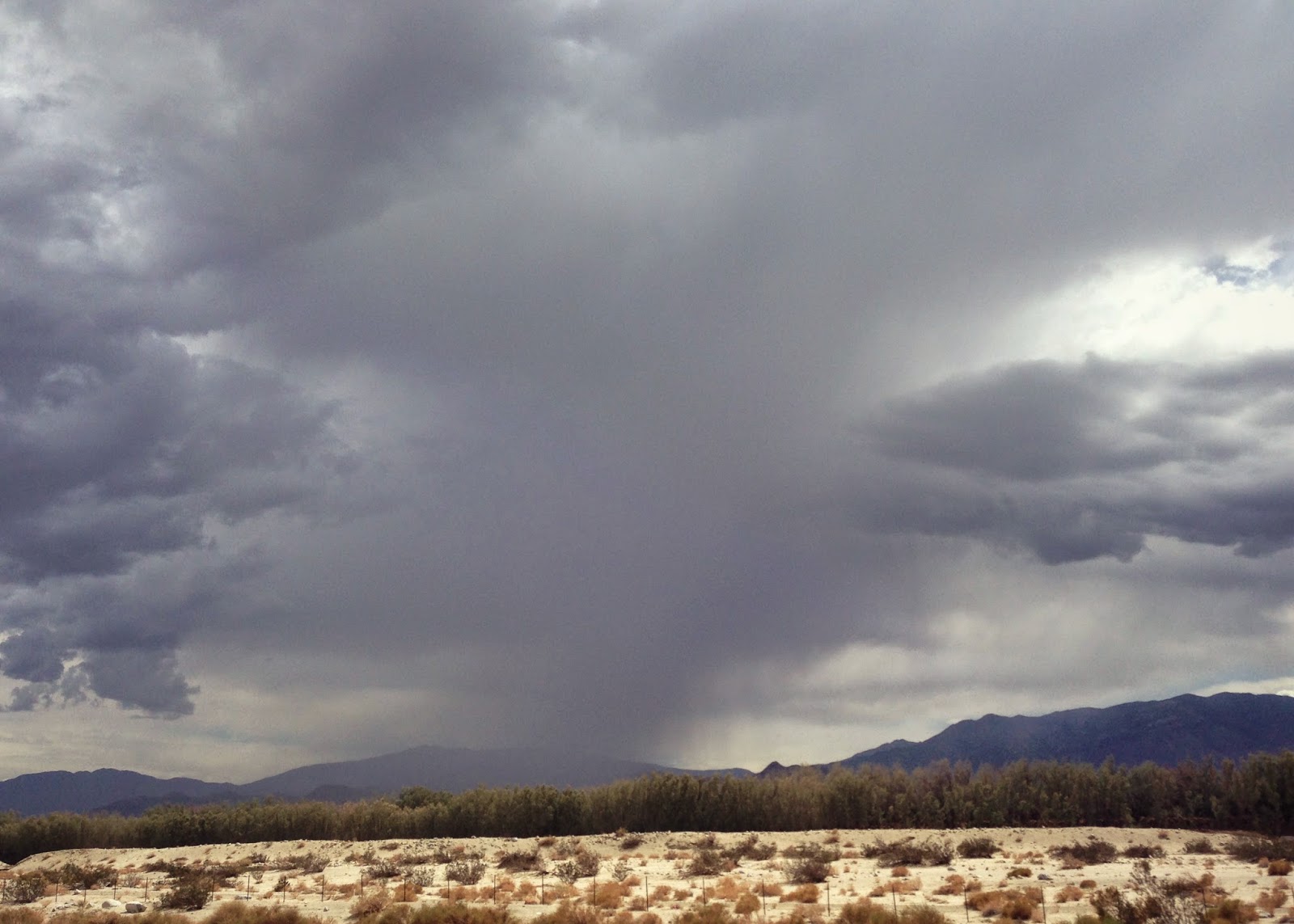 In the middle of the Mojave, beyond the expressway, lies the legendary place where Chuck Yeager broke the sound barrier, and the shuttles often touched down on their way home from space. My mind always drifts off to childhood memories of the Apollo flights, the day we landed on the moon, and what I was doing on the day that the Challenger exploded. 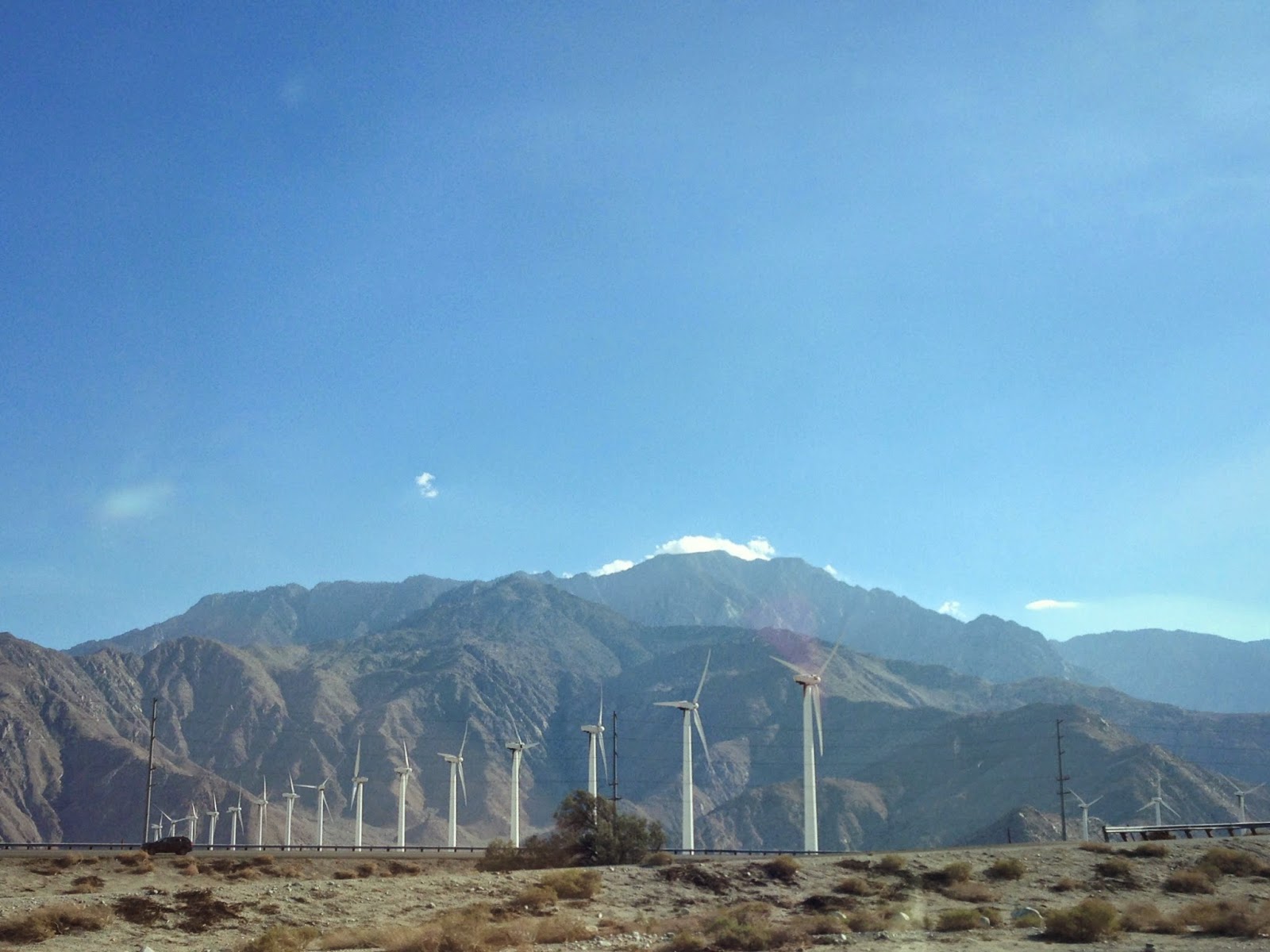 Near Palm Springs is a giant collection of wind turbines. They look to me like an alien army, marching in formation across our landscape and plotting their takeover. Honestly, I can give myself the shivers with these doomsday fantasies, and thankfully, the crazy traffic in the area usually snaps me back to reality. 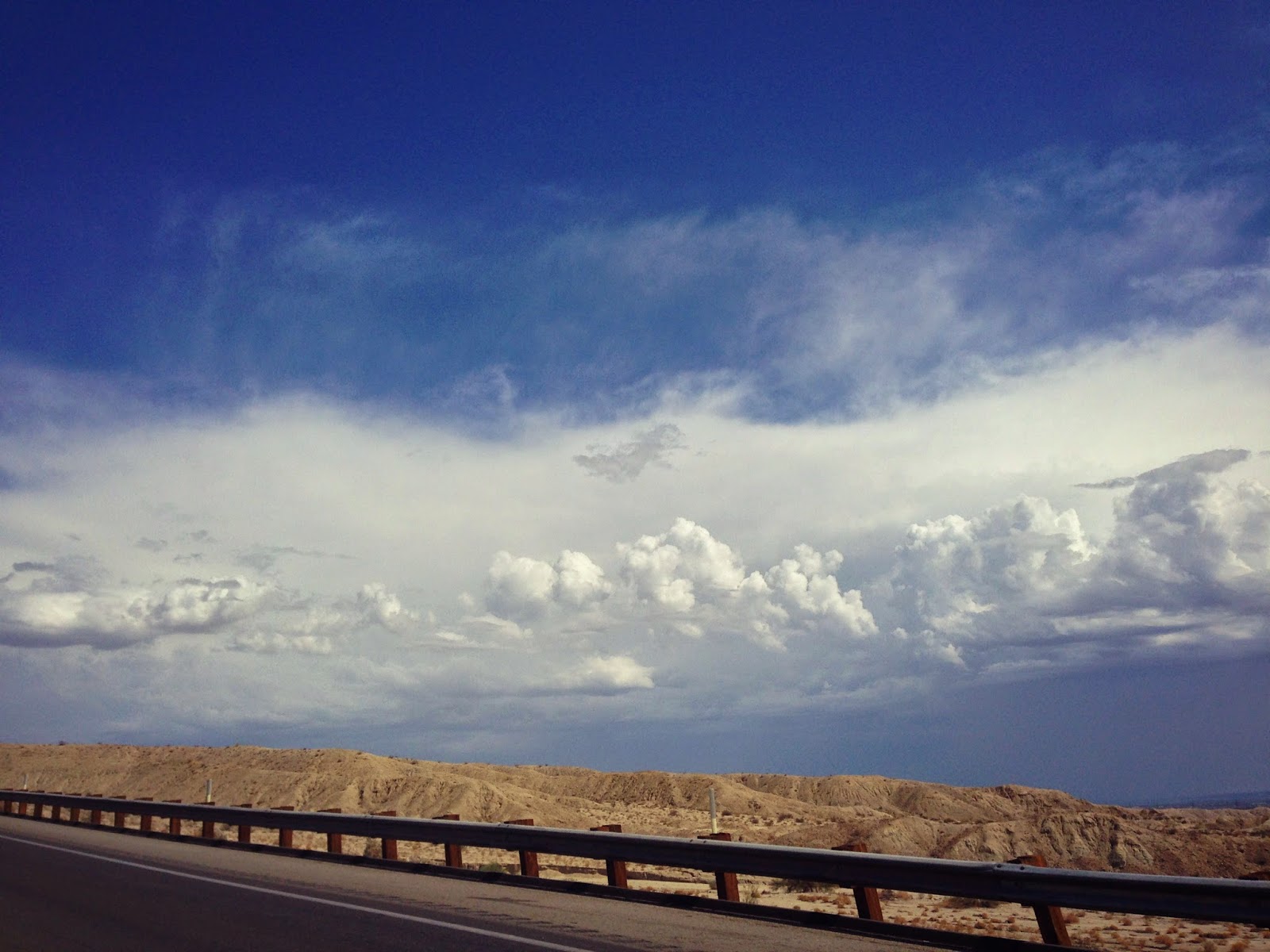 A hundred miles east of Los Angeles, the Colorado Desert has a landscape even bleaker than the Mojave. Though there are bits of natural greenery here and there, and plenty of irrigated farmlands, it looks like the moon to me. 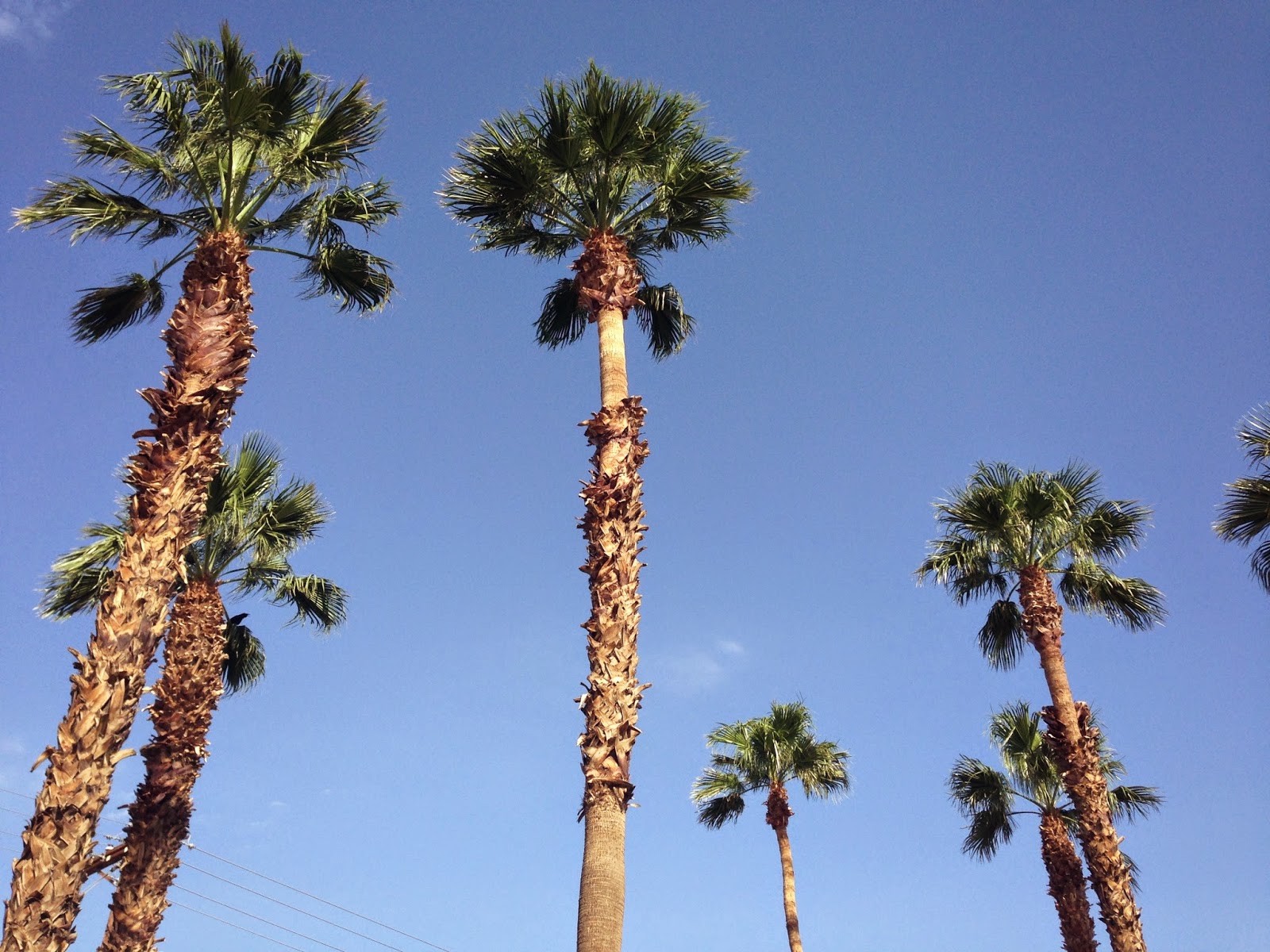 These graceful giants are iconic to Southern California, and even when I see them here in the harsh desert, I'm overcome with the same feeling when I first came to SoCal as a tenderhearted teenager: this is a strange and beautiful place with a magic all its own. 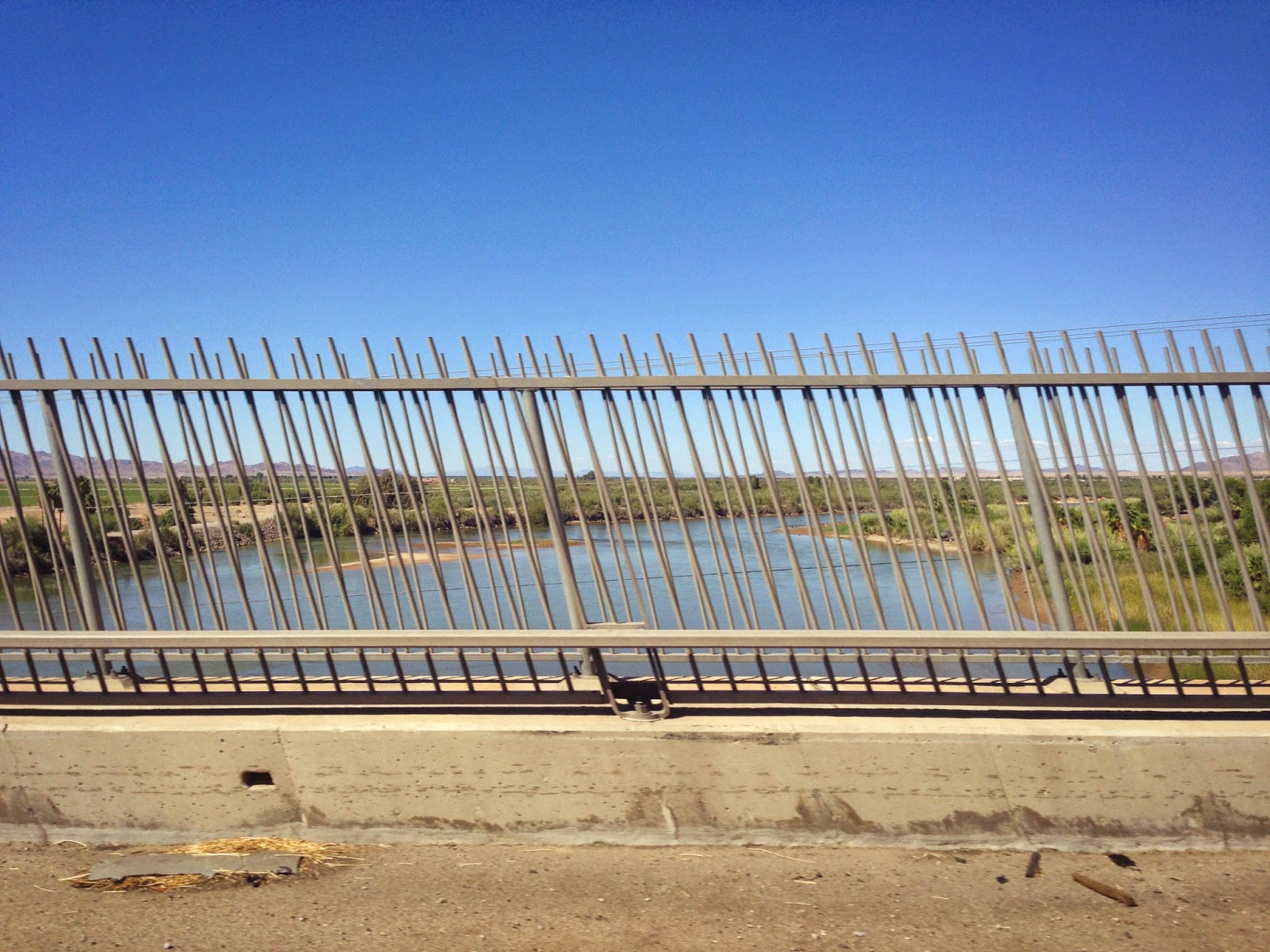 Somewhere around 900 miles after I drove into the northern border of California, I am finally driving out. The southern boundary is marked by what's left of the Colorado River, after most of its volume has been stripped away to irrigate crops, water golf courses, and fill the swimming pools of this strange and interesting land.


Farewell, Southern California! As always, you have given me a lot to think about.
Posted by Diane Streicher @ Diane Again at 11:55 PM