Fridays are my adventure day.

During the winter, I usually find myself careening down the snowy slopes of Stevens Pass, but every now and then, I mix it up.

Yesterday, for example, I joined my out-of-town niece and her vet school buddy on a tour of Whidbey Island.

This long and narrow barrier island lies just off the shore of Washington at the northern end of Puget Sound, and connects to the mainland via the good ol' Mukilteo ferry. If I stand in just the right spot, I can see the forested bluffs of her southern tip from my bedroom window.

The first stop was quaint little Coupeville, tucked on the rocky beaches of Penn Cove. We ate a delicious bowl full of steamed Penn Cove mussels, strolled past the town's ample assortment of gift shops, art galleries and restaurants, and then wandered out onto the historic wharf. I was completely charmed. 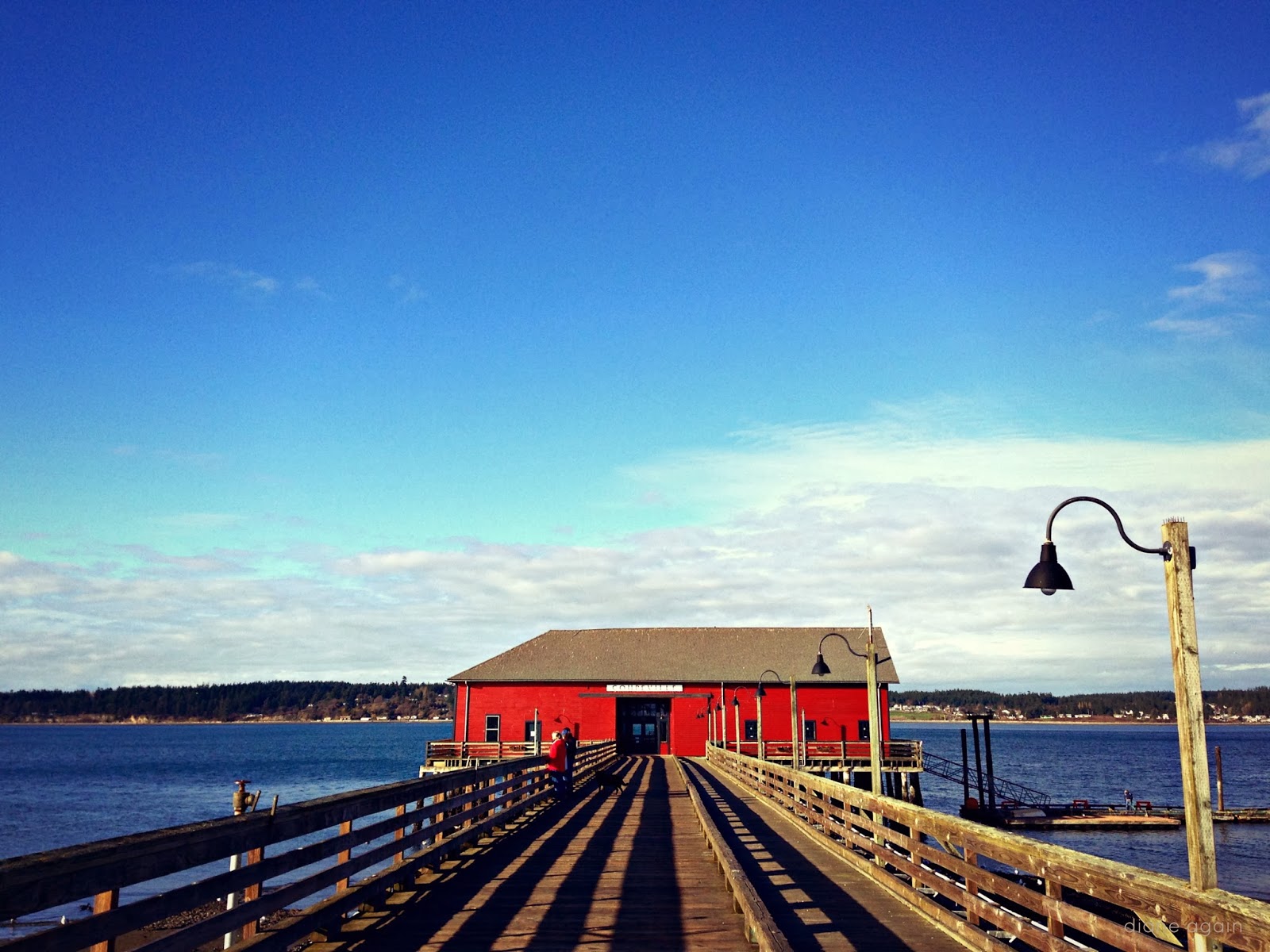 A rough red building on a long wooden pier, complete with multiple lines of perspective and fascinating shadows? These things draw me like a moth to a flame and I'm powerless to resist. 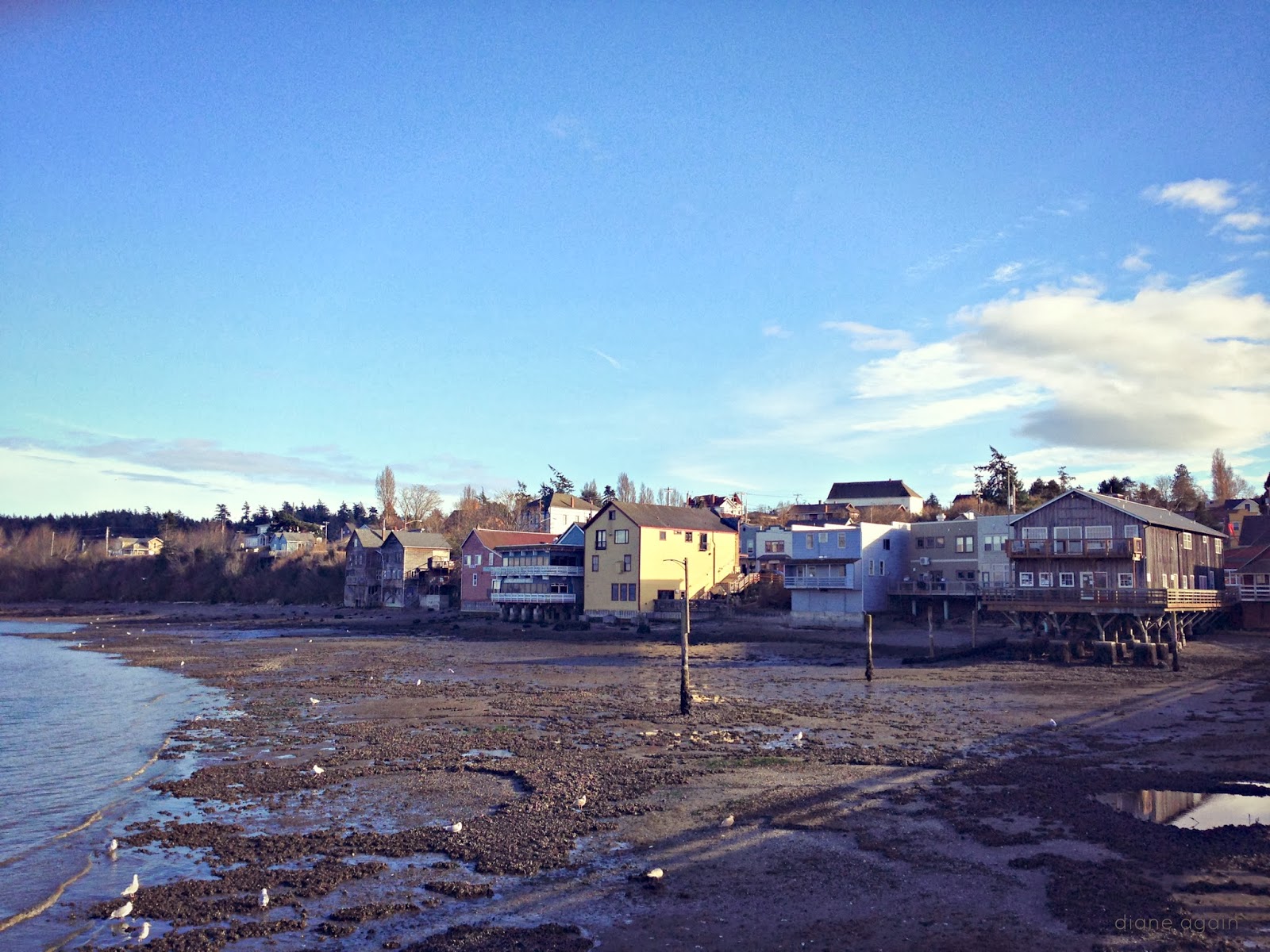 Looking back over the low tide mudflats toward the backs of the stores and restaurants. Honestly, I like them much better from this side. 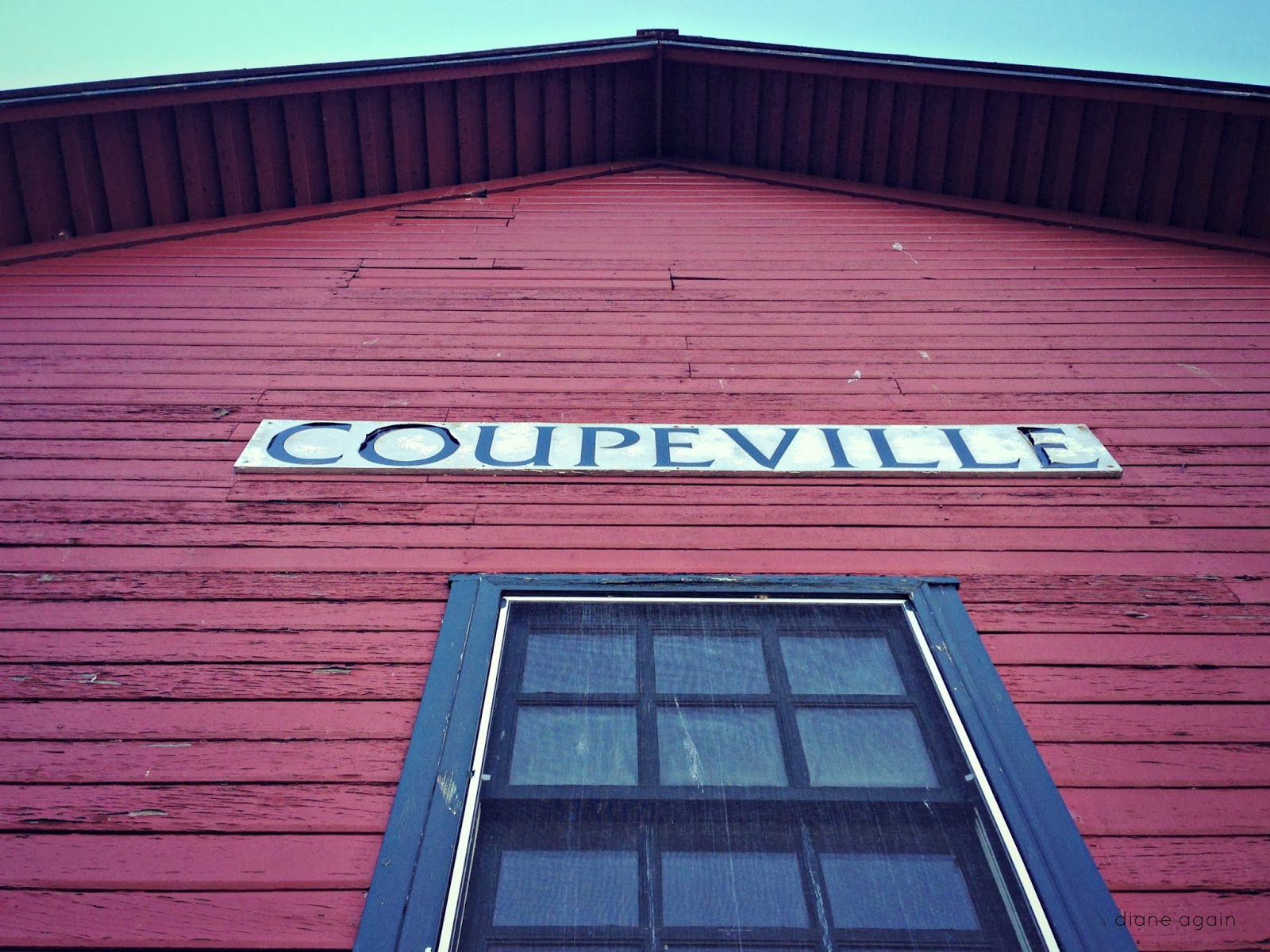 If that font doesn't just scream "historical building," I don't know what does. 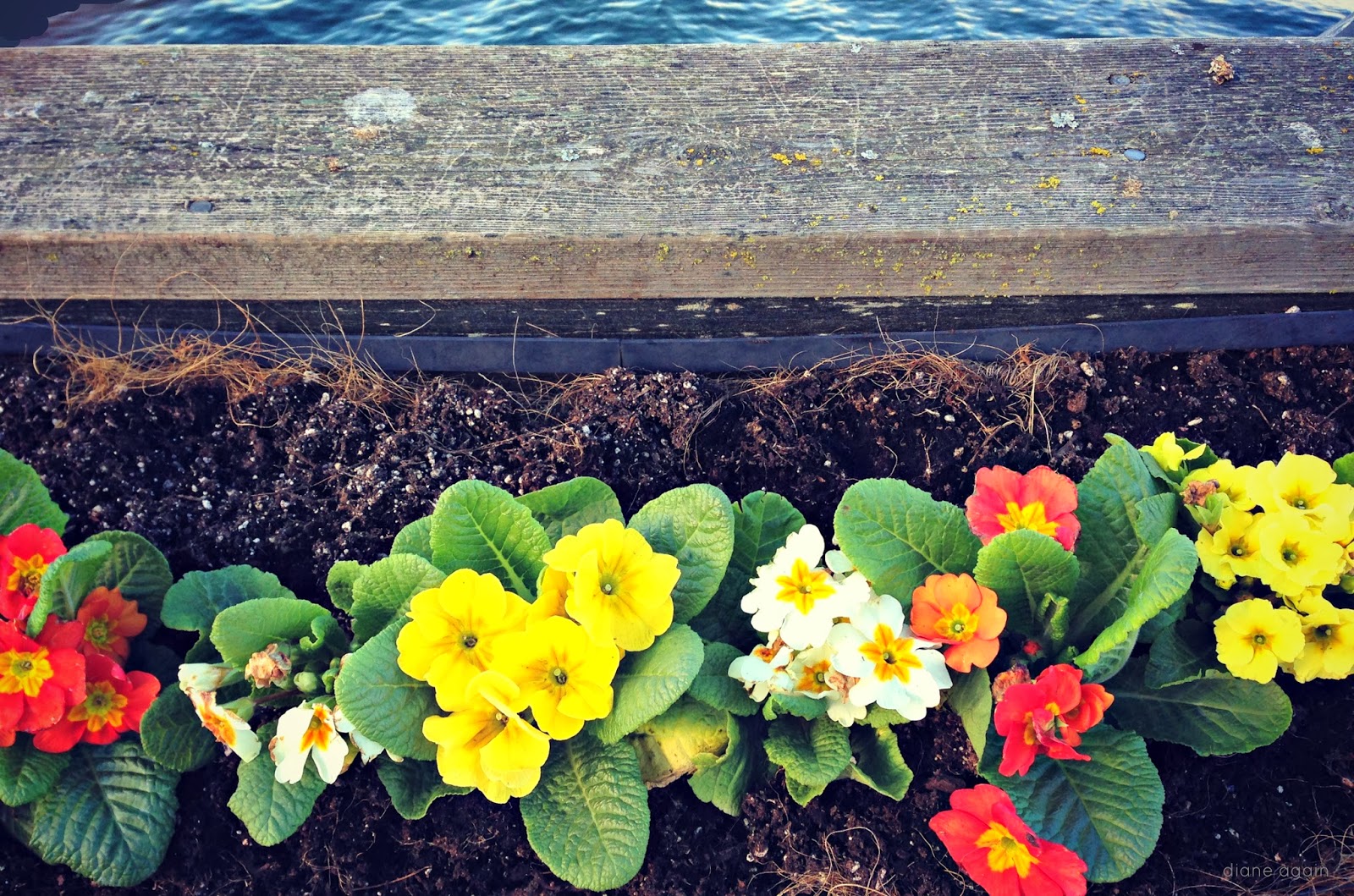 Little primrose, harbingers of spring, blooming happily on the railings. 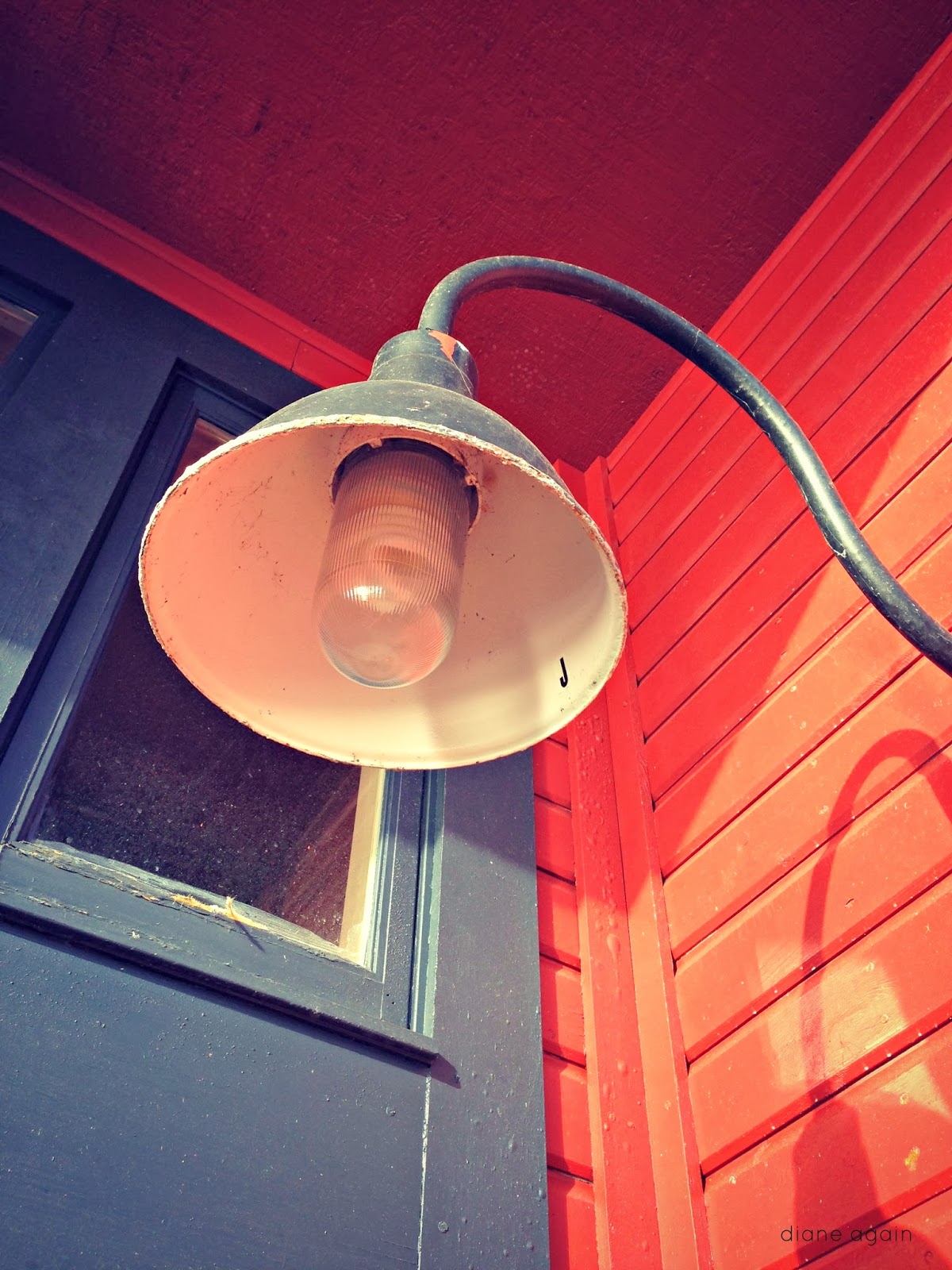 I want to eat those lamps. Not even kidding. 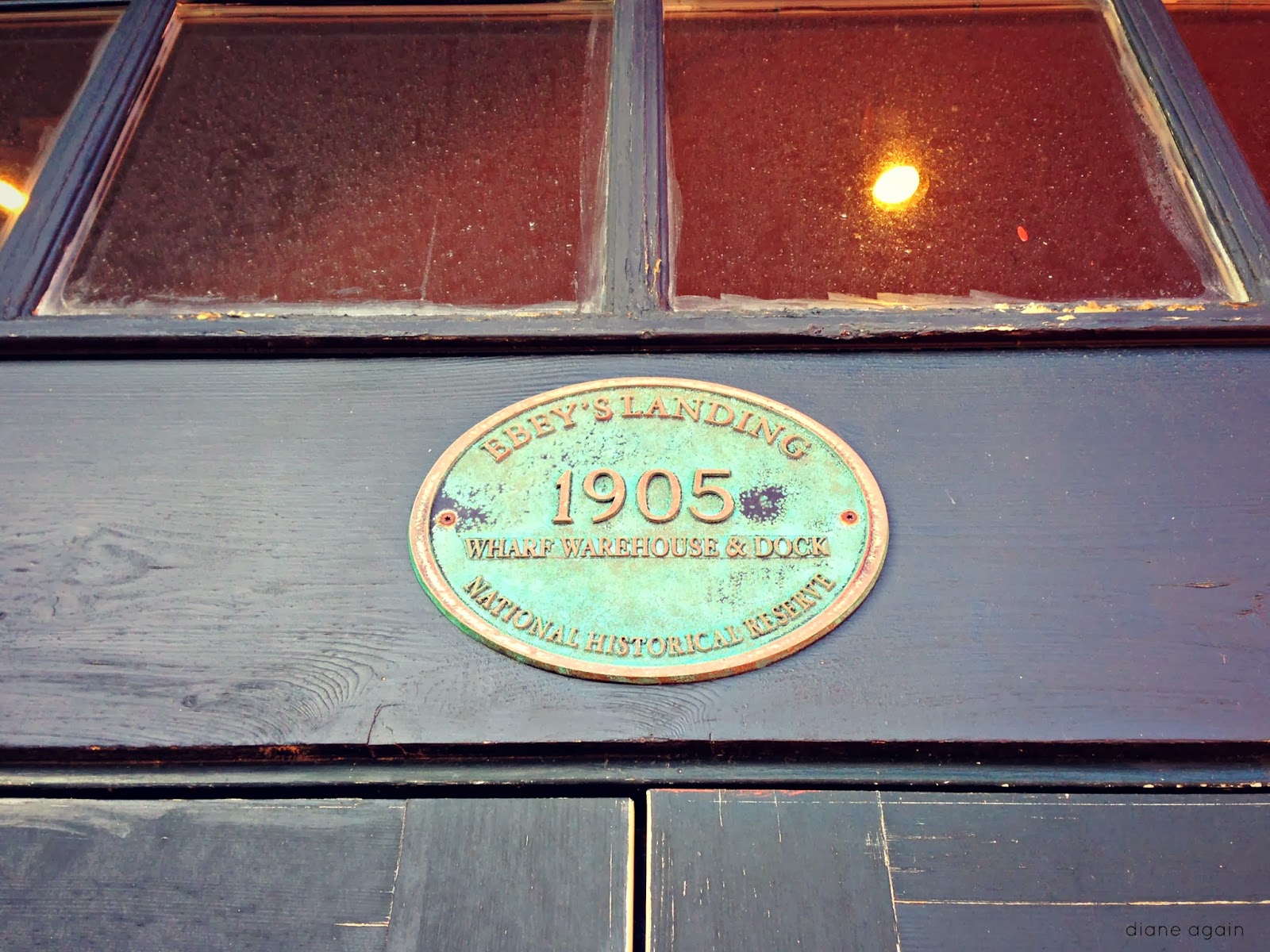 What could be more legit than a tarnished brass plaque? 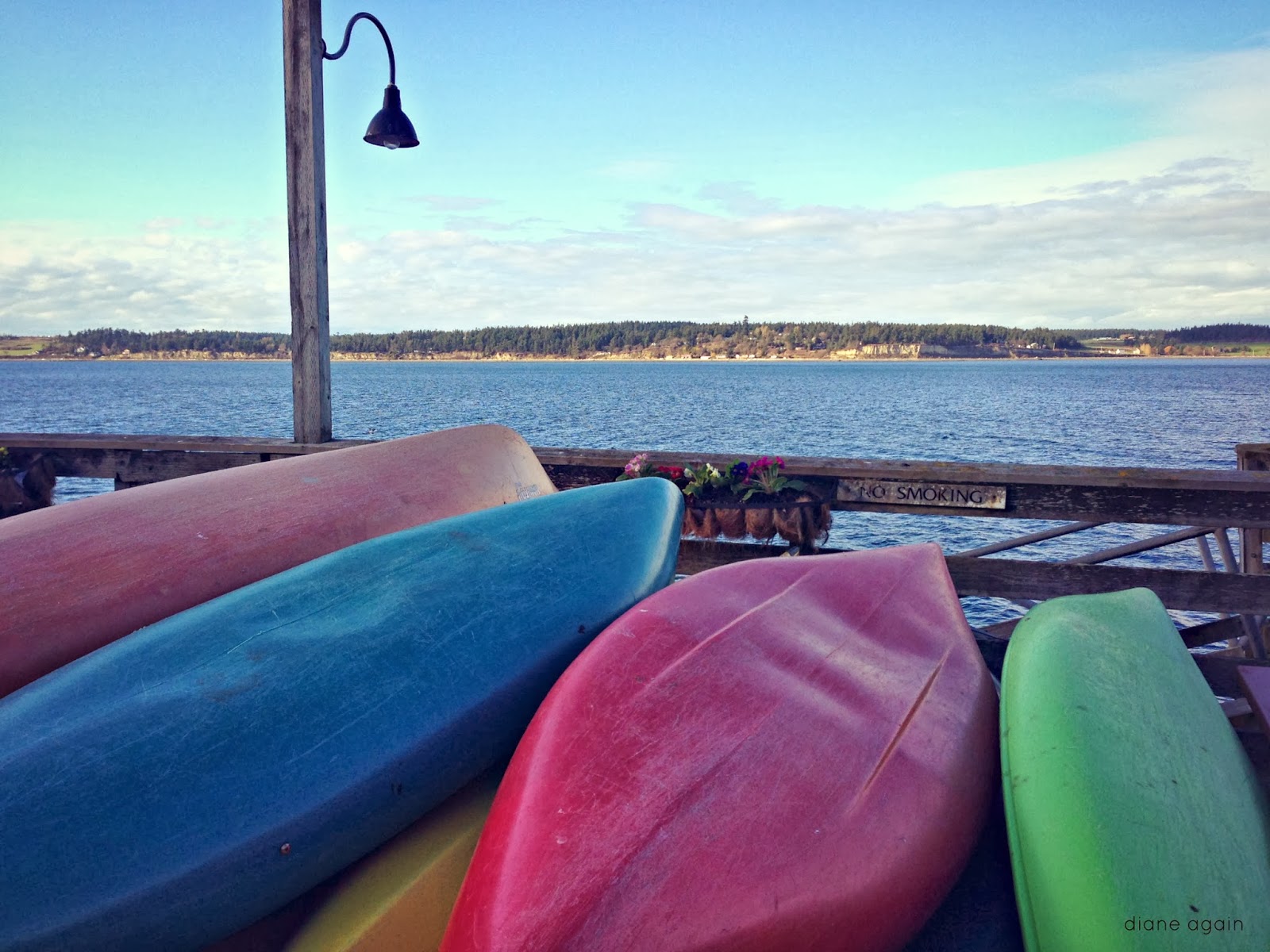 Stacks of brightly colored canoes are another of my weaknesses. They just make such a friendly little pile and if the temperature had been 30 degrees warmer, I would have been tempted to tip one over the railing and jump in. 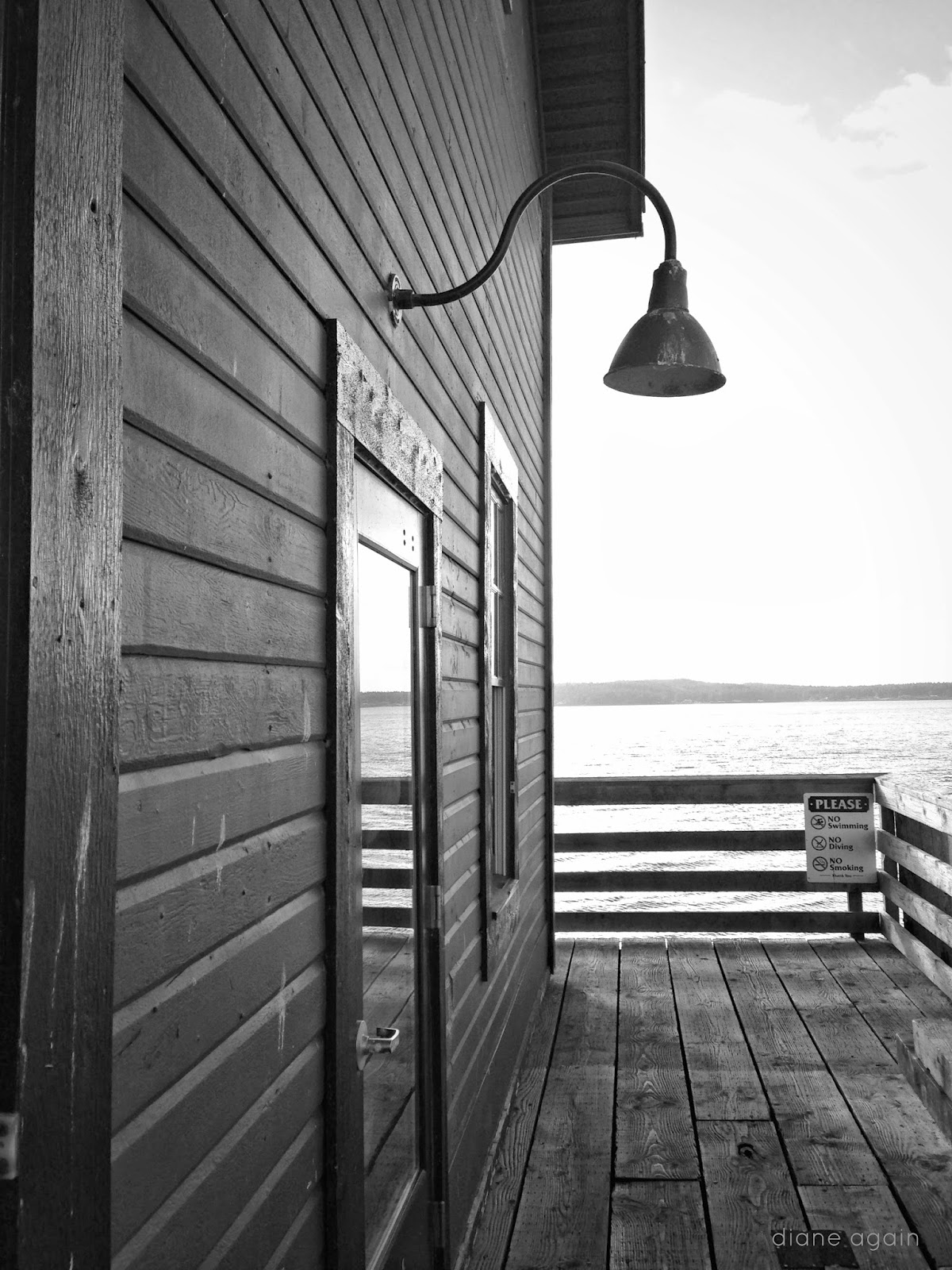 Cannot get enough of the lines. 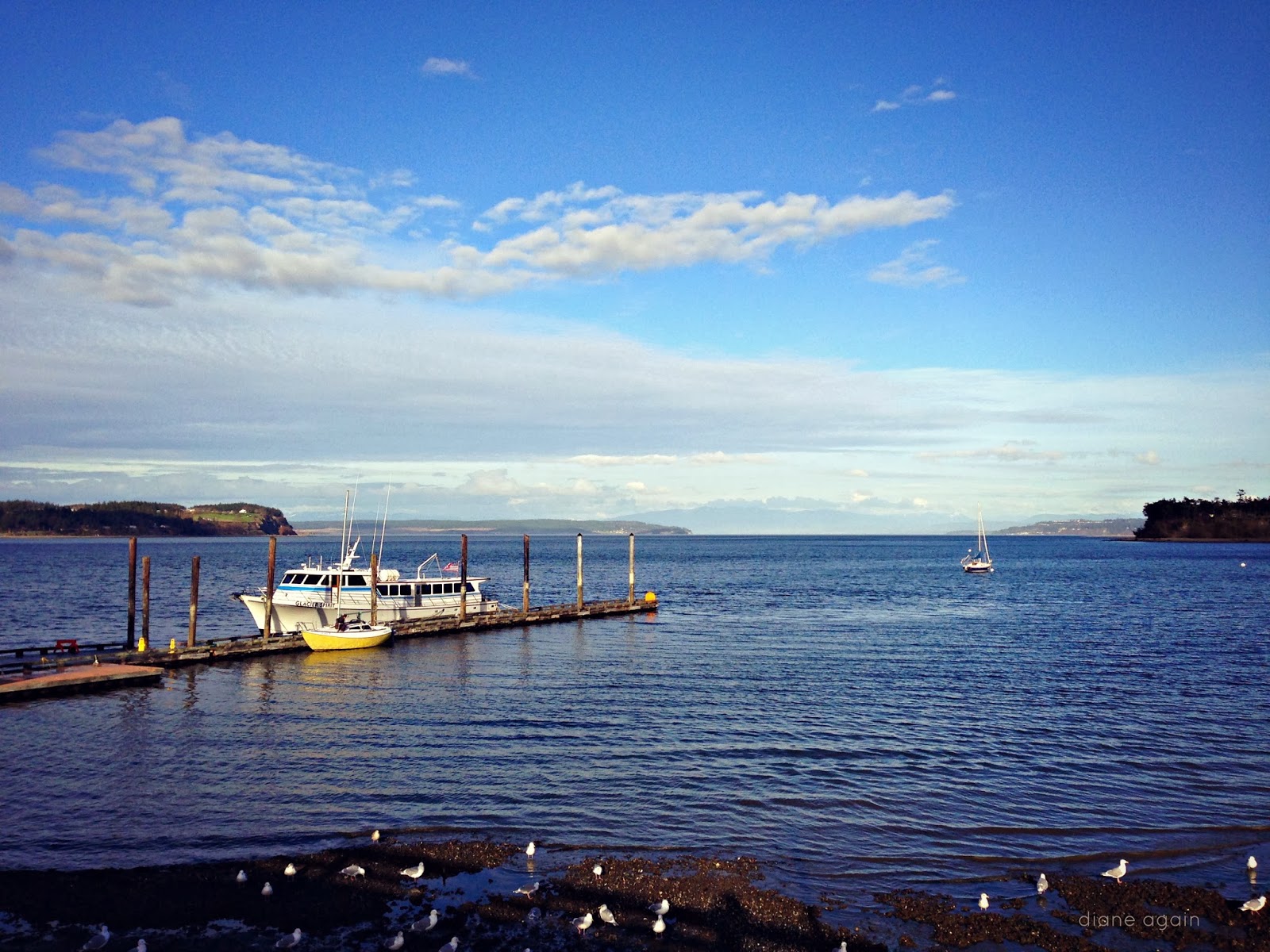 Satisfied with our village adventure, we jumped back in the car and continued north. Within an hour, we were parked in the middle of the breathtaking Deception Pass Bridge. Unclick those seatbelts and hop out! It's time for a more rustic form of wandering. 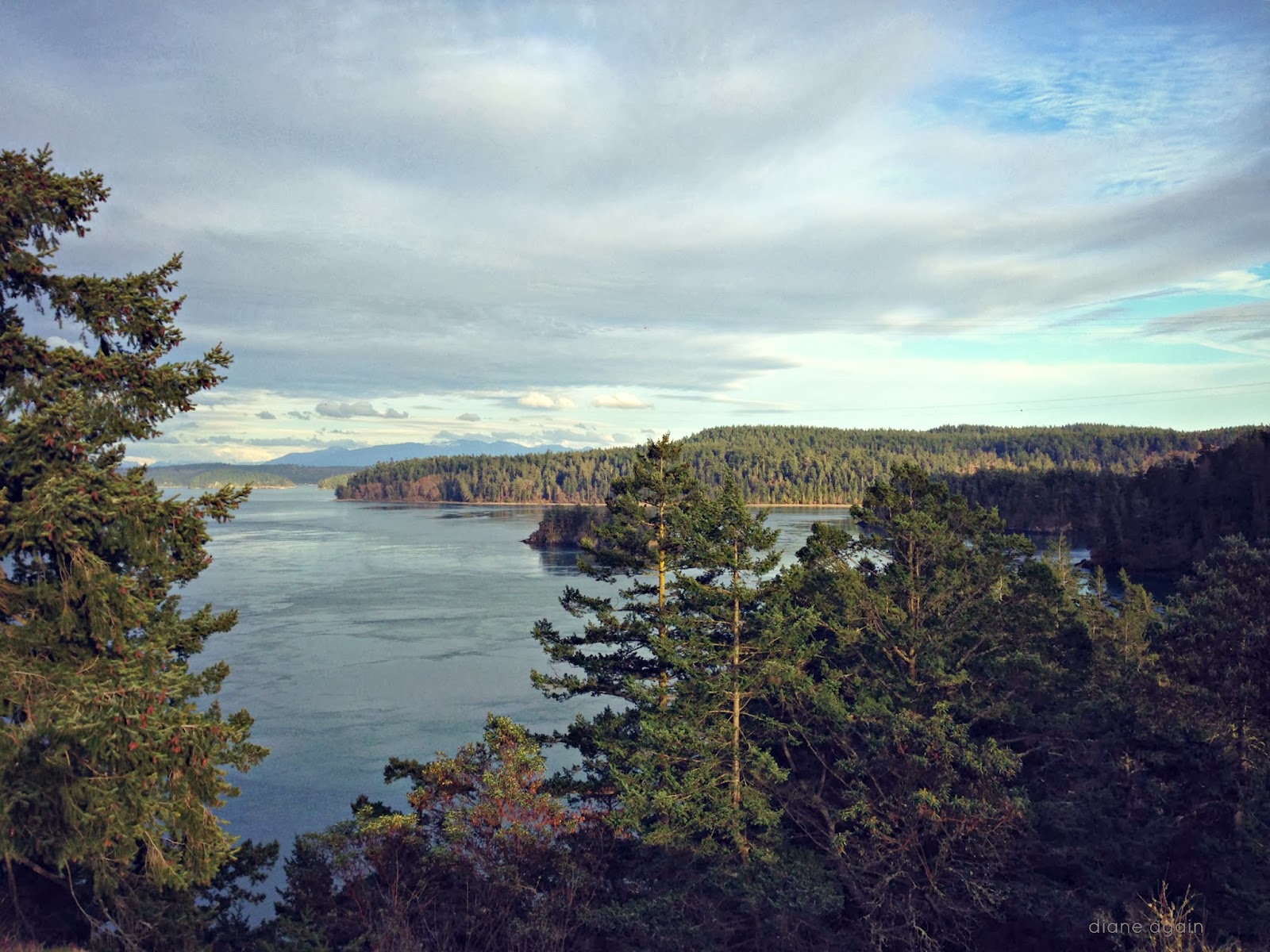 Looking southeast from the observation point in the center of the span. Now that is a view and a half. 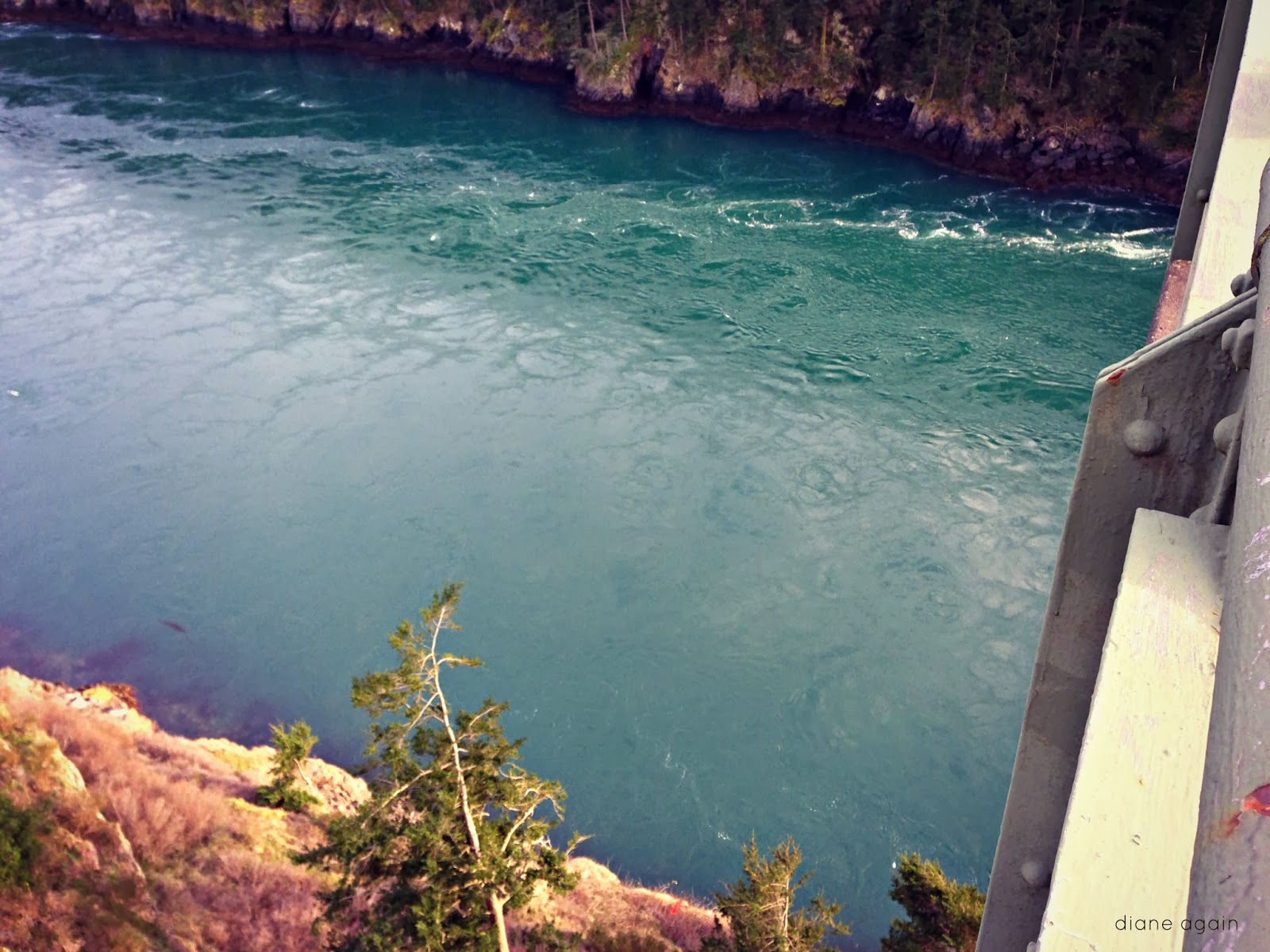 Deception Pass gets her name from Captain George Vancouver, who got lost while exploring these parts. Like any good male driver, he blamed his ill fortunes on his surroundings, claiming that the confusing tides caused the mix-up. I'll grant that the swirling eddies are unusually complex, but I still think George might have just stopped and asked the natives for directions. 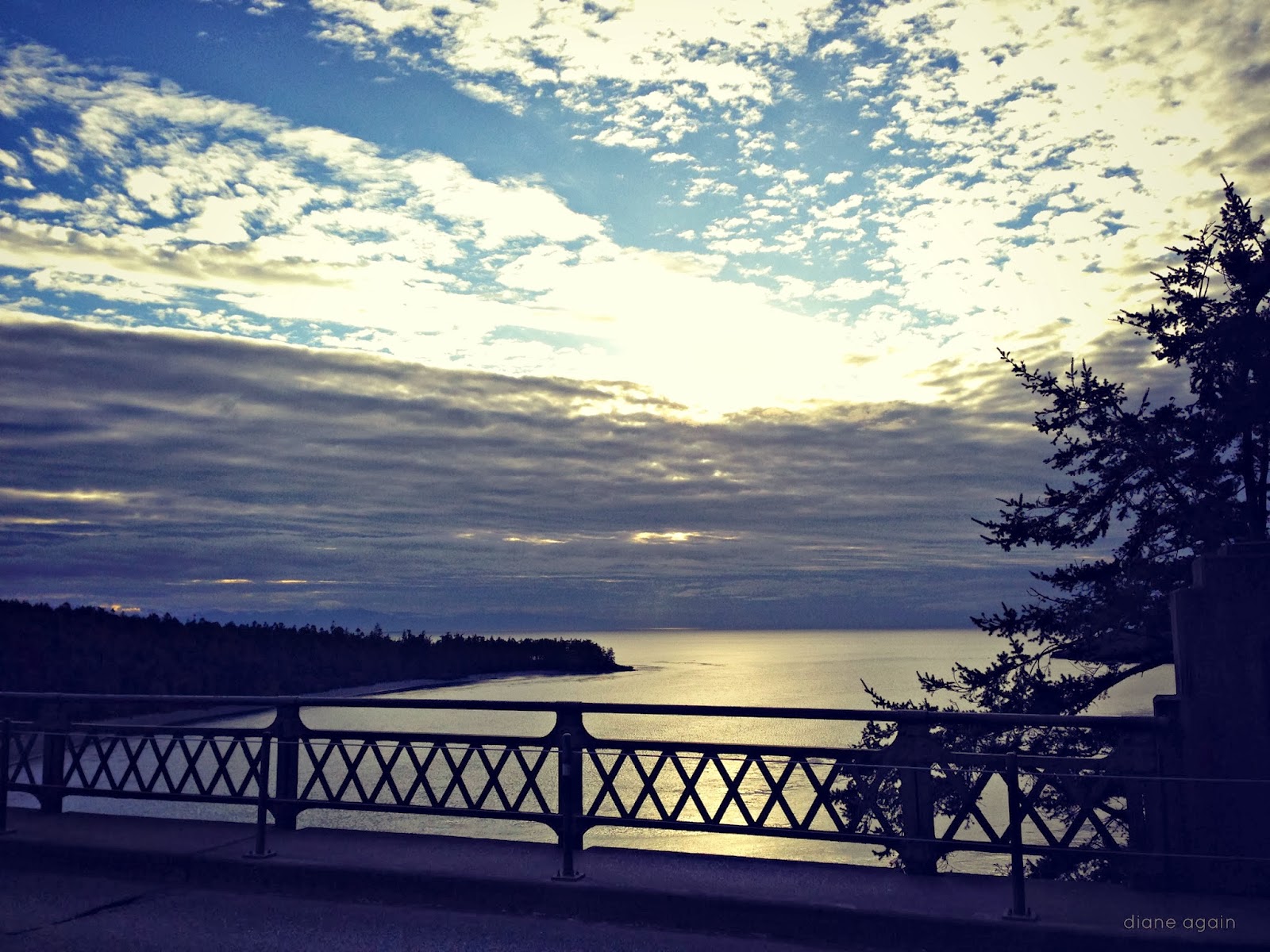 The walkway railing silhouetted against the serene sea and sky. 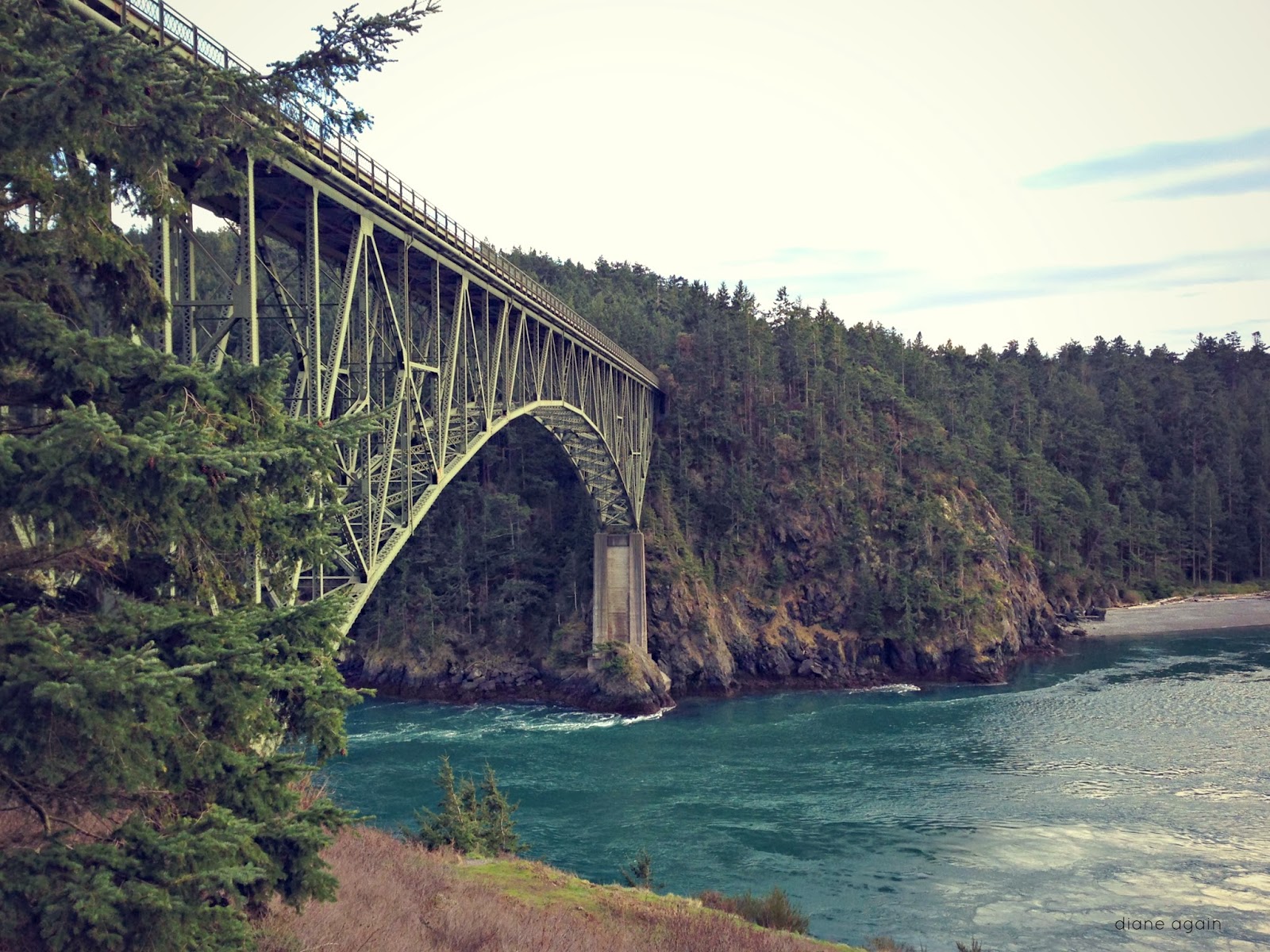 The southern span of the bridge emerges from the northern end of the island and stretches out across the dangerous waters in all its engineered glory. 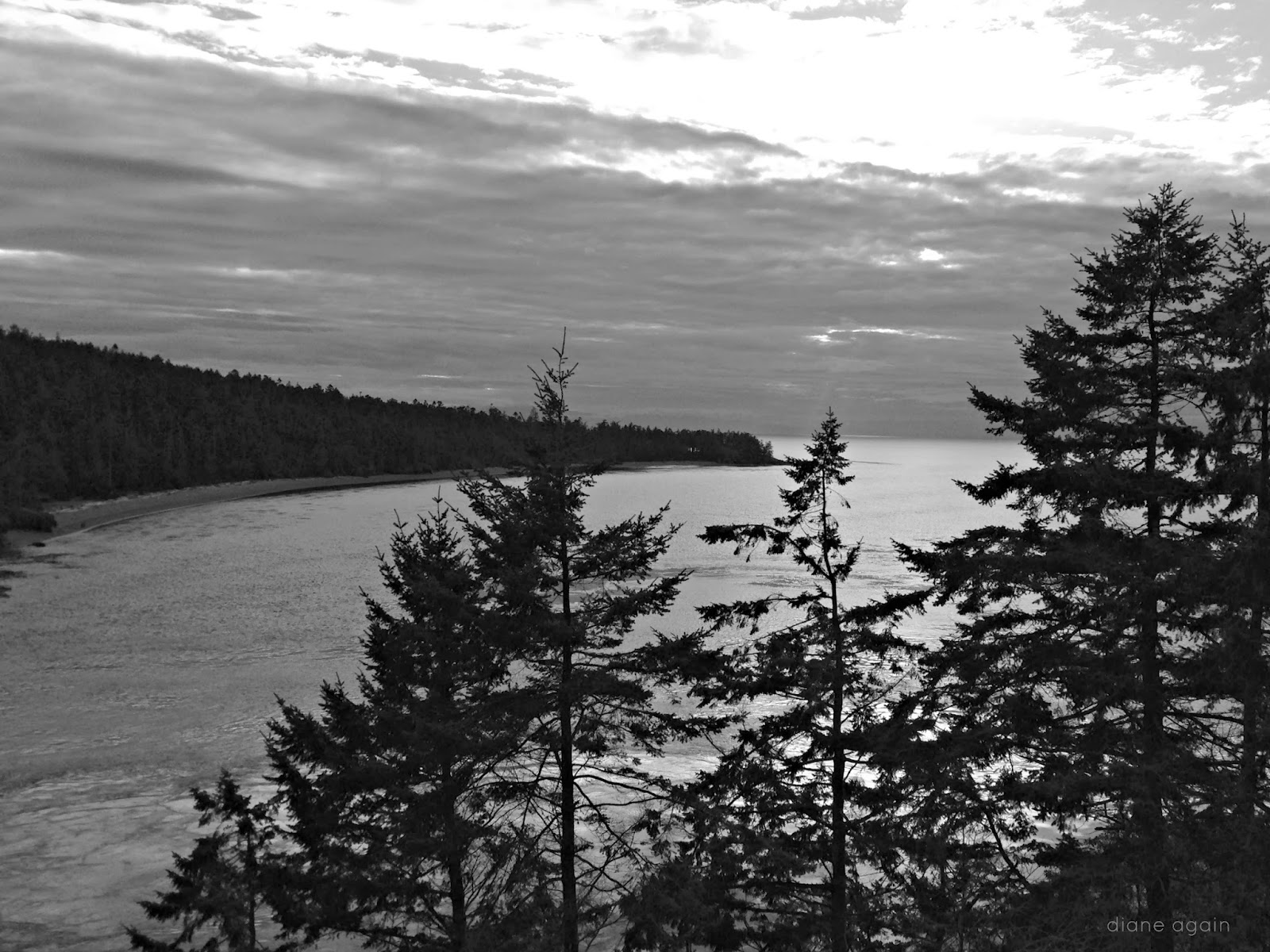 Another view looking west across the tip of the island toward the Strait of Juan de Fuca and the Pacific Ocean.

From the bridge, we continued our drive north, and then east and south as we completed the circle and ended up back at home. As we cruised the last few miles through familiar landscape, I got lost in an internal debate about the sights of the day.

Normally, I'm a country girl. I much prefer the wide open spaces of wilderness to man-made environments. But an architecturally appealing historic site in a breathtaking natural setting...could a town visit actually win my favor?

Lucky for me, I don't have to choose. In this beautiful corner of the world, I'm perfectly content to be both a town mouse and a country mouse. 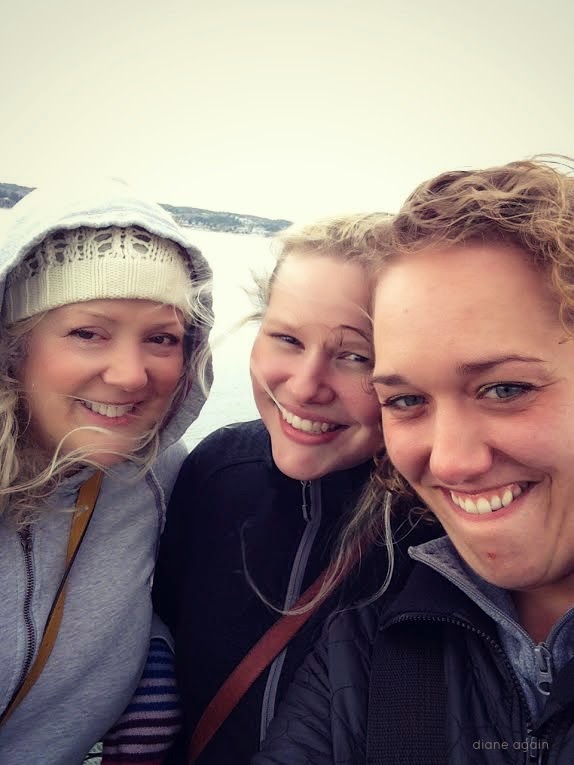 Me and my fellow mice.

For a historic recap of my Whidbey wanderings, check this out: