On my way home from Malaysia, I took a side trip to Arizona.

On my way home from Arizona, I took the scenic route through California.

On my way home from California, I took a day off from driving to visit Yosemite National Park.

This may sound like a lot of detours and diversions to tack on at the end of a two-and-a-half month long trip to the far side of the planet. Let's be honest - I may have been crazy to complicate my life in this way.

But I have no regrets. Yosemite is a slice of heaven. Rich forests nestled in a glacier-carved mountain valley filled with spectacular granite cliffs, waterfalls, and a grove of Giant Sequoias.

We started our visit with the trees. 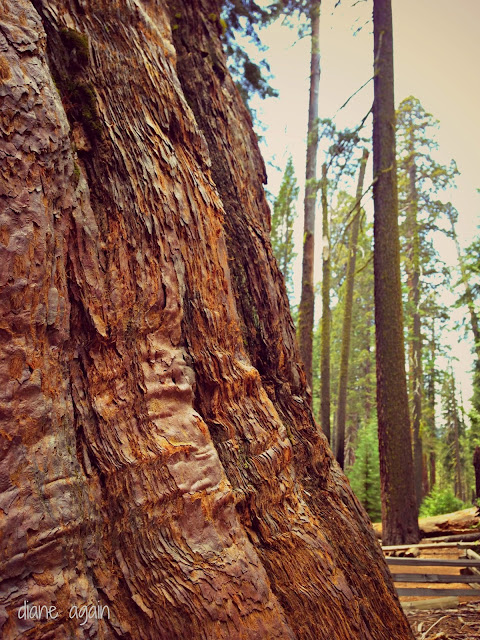 Giant sequoias belong to the family of redwoods. These particular beauties live only on the western slopes of the Sierra Nevada mountains, which is exactly where Yosemite happens to be. They are the largest trees on earth, as measured by volume. It's difficult to convey their majestic presence through photographs because it's almost impossible to fit the whole tree into the camera's view finder. They are just plain massive. 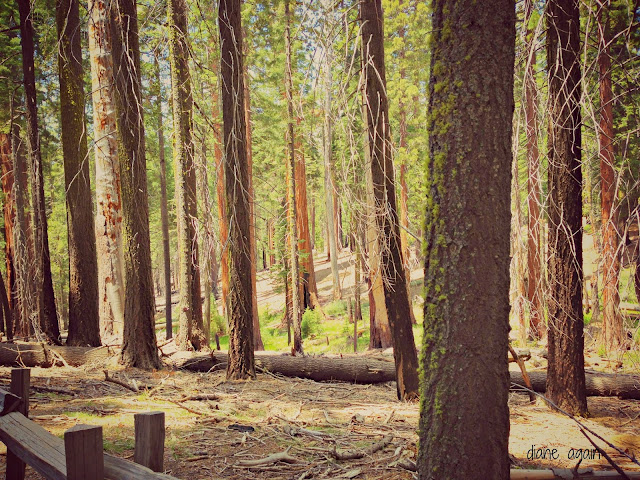 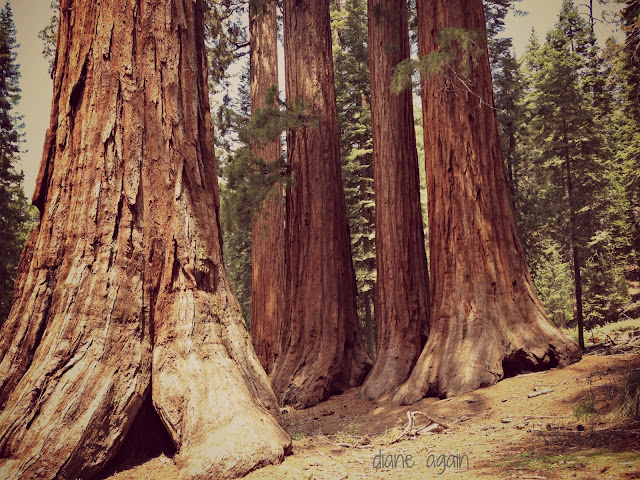 We took a short hike into the woods among the giants, and quickly found ourselves speechlessly trying to capture their magnitude. These four trees, called The Bachelor ad Three Graces, would barely allow me to squeeze their trunks into a single shot. In real life, their graceful trunks soar up to the sky together, young and straight and lean.

But the primary goal of our walk was this fellow: Grizzly Giant. He is estimated to be about 2.000 years old, and one of the biggest trees in the world, by volume. With limbs bigger than most normal trees, deep black scars from forest fires, and and ever-admiring crowd of onlookers gathered at its base, this gentleman does not disappoint. He is mindbogglingly large. 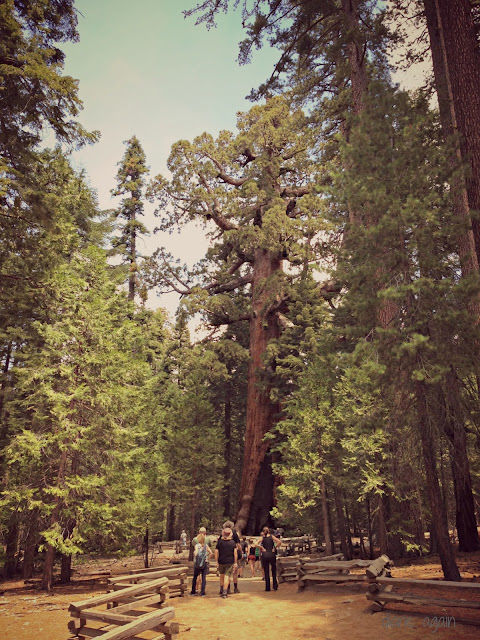 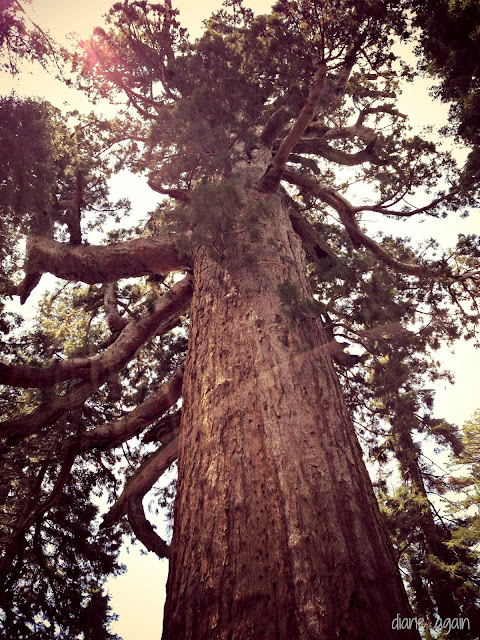 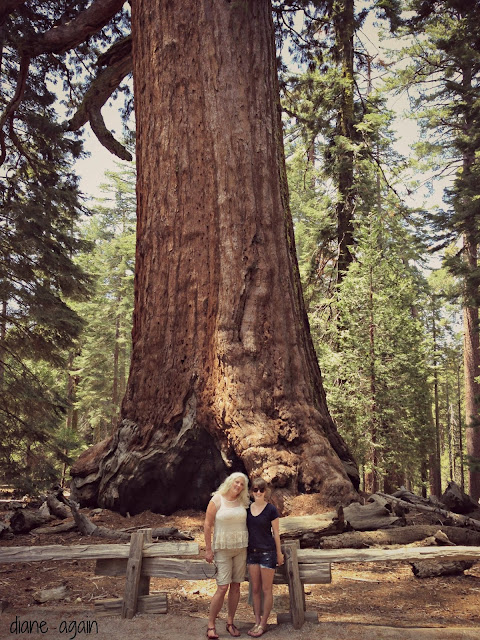 Look, I even posed for a pic in front of this lovely beast. That's how you can tell that I really love it.

Just a short walk beyond Grizzly Giant is this curiousity, the California Tunnel Tree. Back in the 1800s, scheming businessmen cut an opening through the tree just large enough to allow a coach to pass through. They were hoping to tempt hoardes of city folk out to the park for a look-see at a drive-thru tree, which may have worked, but they also earned the disdain of 21st-century visitors who are shocked to see how the tree was mutilated. Poor baby. 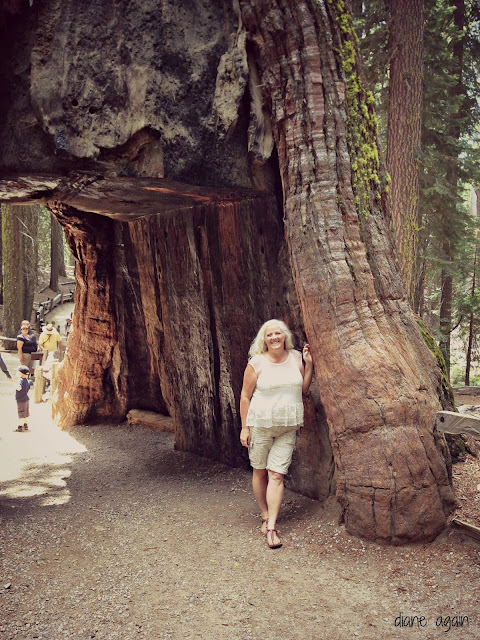 Our total hike was not much more than a mile and a half, but afterwards of course we were famished and desperately in need of snacks. Ice cream bars and a package of particularly good beef jerky pulled us back from the brink of starvation.

Then we continued on with our wilderness adventure.

Check out the rest of my Yosemite travels: