Kama Zaid Is A Pussycat 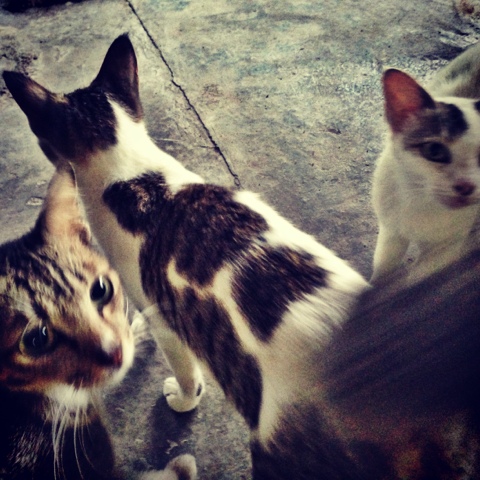 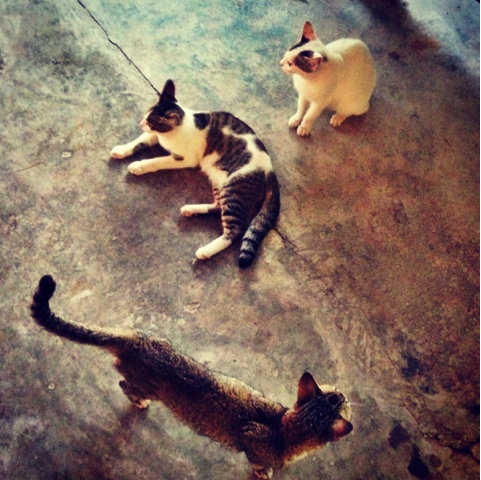 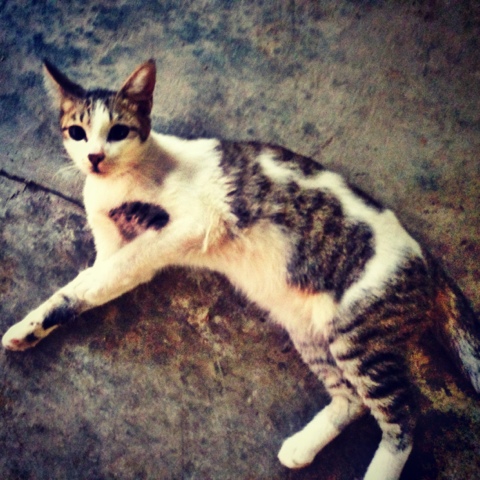 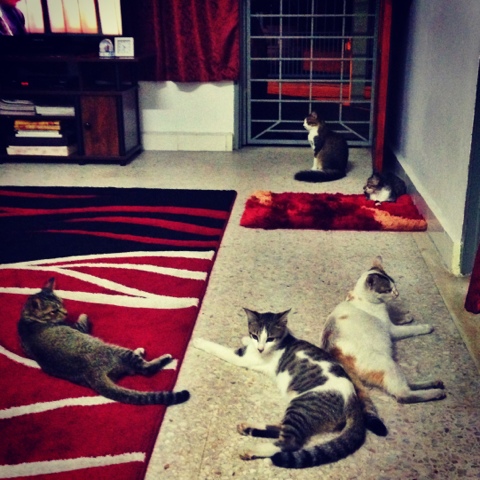 {Pussycat: a person or thing not at all threatening, despite a gruff exterior. }

I'm often asked if my Malaysian friends turned out to be who I thought they would be.

We all met online, of course. Years ago. And now we are meeting face to face, and living our lives together.

My answer is a resounding, "Yes!" There may be plenty of catfishing going on out there in the World Wide Web, but not among my friends. They are all exactly as I expected them to be.

Well. With one notable exception.

See, for all these years, Kama has led me to believe that he"s a big tough guy. Oi! bands, ska music, football and fist fights; that's what he likes to talk about. He works in an oil refinery, eats like a horse, and sports some outrageous scars from the many motorcycle accidents he has survived.

And now that I've met him in real life, I can say that all those things are true. He didn't lie.

But there is something about Kama that he never told me, and I'll be honest- knowing this new fact completely changes my opinion of him.

Ready for the secret?

Oh sure, he now admits to me that he feeds a few strays. But he insists that they are not HIS cats. Really, he says, it's no big deal.

The truth is that Kama not only feeds a family of six cats, but he also gives them the run of his house. And he gets all the way down on the floor, that big, bulky, supposedly unsentimental giant of a man, and he pets the kitties. And plays with them. And smiles at them in a way that totally reveals his tender, cat-loving heart.

And while I'm a little bit mad at him for hiding this part of himself from me, I've decided to forgive him.

Because I'm a little bit of a pussycat, too. Just like Kama Zaid. 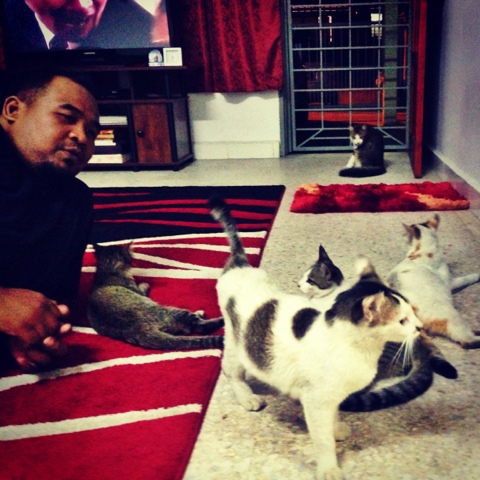 To find all the stories of my amazing adventures in southeast Asia, go here:

Me in Malaysia
Posted by Diane Streicher @ Diane Again at 12:39 AM

Email ThisBlogThis!Share to TwitterShare to FacebookShare to Pinterest
Labels: Interesting People, Me in Malaysia, Pet Love, Travels Near and Far