Lessons From LEGOs And A Lounging Lad

Today, I went to the LEGO store and waited while my fourth-born wandered the store, deciding how to spend her Christmas money.

It took a long, long time. My daughter is very particular about her LEGO sets.

After I browsed with her for fifteen minutes or so, and realized I would be waiting for quite a while longer, I decided to take a seat at one of the workstations in the store.

When I sat down on the round yellow stool, in front of me on the table was a grey LEGO base plate  filled with a towering and complex creation, built presumably by a previous shopper. Or more likely, a series of shoppers...it looked as if one person after another had seated themselves before this creation, added 20 or 30 bricks, then moved on. It was beautiful, in a complicated and crazy way, and I admired it for several minutes.

Then I felt my own creative impulses stir; I wanted to add to the structure.  But as I pondered exactly what to add and where to add it, I realized that it was already such a complex amalgamation of  ideas and strategies that it was hard to come up with a sensible plan for adding on.

So in an instant of certainty, I did a bold thing. With no regrets, I tore down the entire thing. Every block went back into the bin in the center of the table and I was left with an empty base plate staring up at me.

Where before no new thing had seemed possible, I now felt the burden of unlimited freedom and potential. Ridiculously, I felt a wave of panic rise up in me. For heaven's sake, I was playing with LEGOs, not changing the world.

Then I realized that I was staring down at a perfect metaphor of my life. The old towering structures of hands-on mother, full-time parent, homeschooling teacher have been torn down, and since my youngest graduated last June, I've been looking down at an empty grey base plate of opportunity, wondering on earth I should do next.

Well, the jury is still out on my real-life transformation, but I can tell you how I handled my LEGO crisis. Without thinking, I grabbed a handful of loose blocks, chose the first four or five that caught my eye, and attached them to the upper left corner of the plate. Glancing down at them, I quickly assessed the most pleasing aspects of that impromptu design and repeated it with the next handful of bricks. I kept up that approach - taking advantage of whatever bricks were in my hand to create a cohesive pattern - until I filled in the whole board. Then I sat back and looked at what I had made. 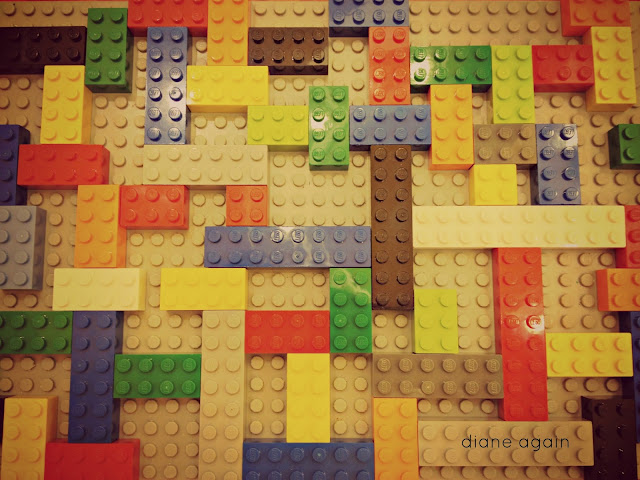 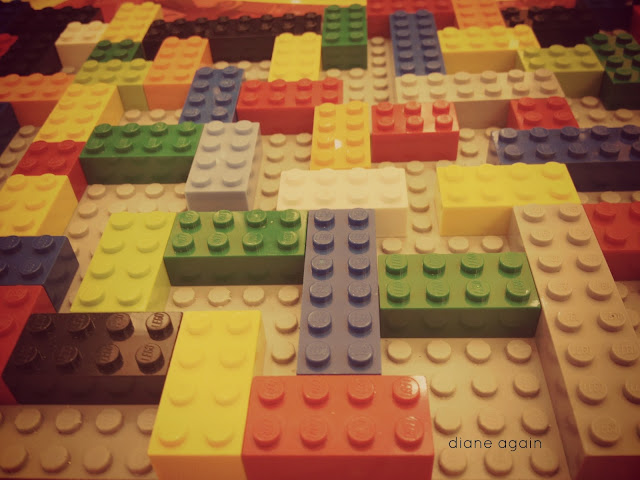 I like it. And I like what this exercise showed me about building on the empty base plate of my life:

Take advantage of what is available.
Don't overthink.
Look for patterns.
Build on my strengths.

These LEGOs taught me some important lessons.

In other colorful news today, Ranger took a nap in the sunshine, lying on the striped rug in my bedroom. 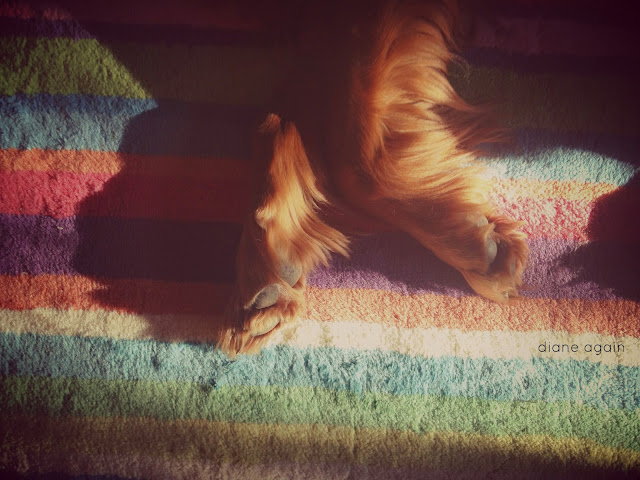 Thank you, Ranger, for reminding me of another valuable life lesson: warm naps are always good.


Lessons can be learned in the most unlikely places; here are a few that have caught my eye:

Email ThisBlogThis!Share to TwitterShare to FacebookShare to Pinterest
Labels: Art and Architecture, Pet Love, Synchronicity, Travels Near and Far