A Whale Of A Day 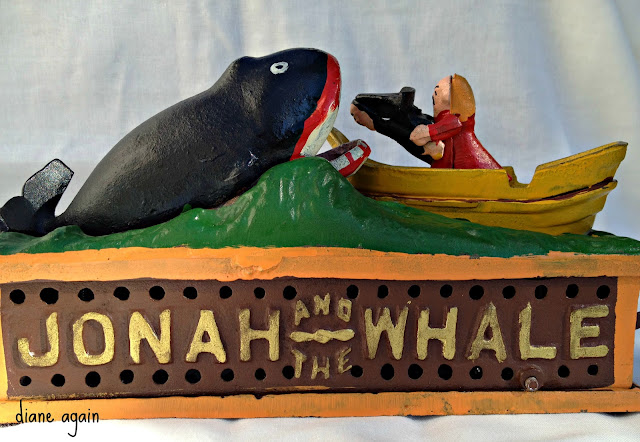 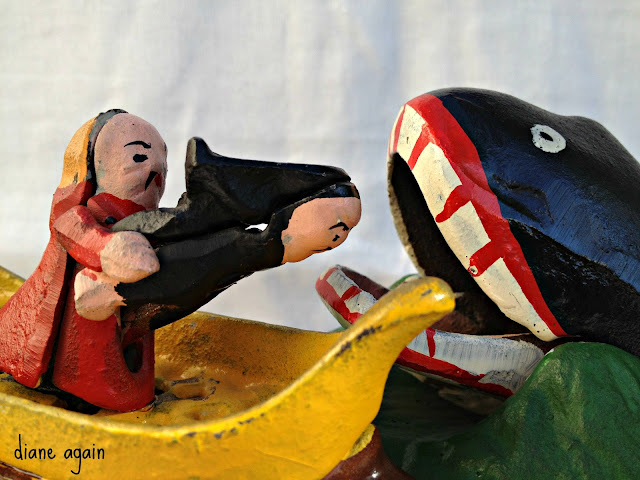 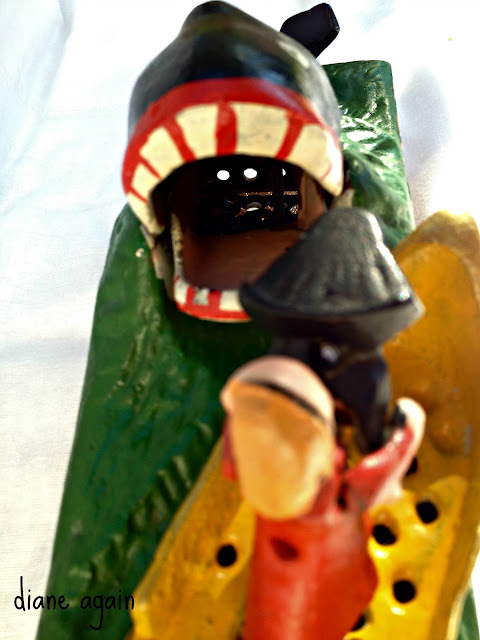 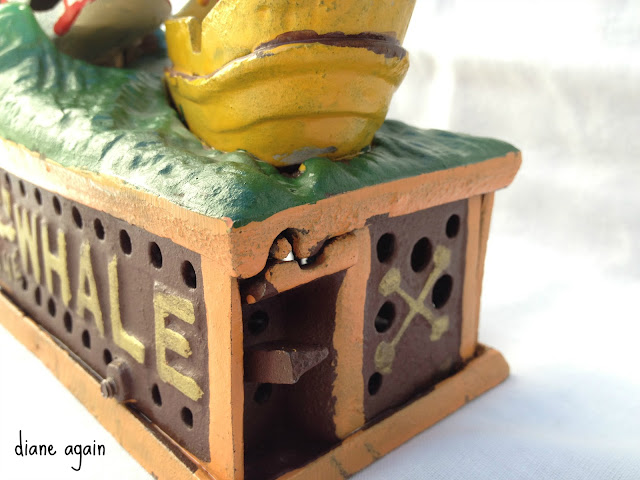 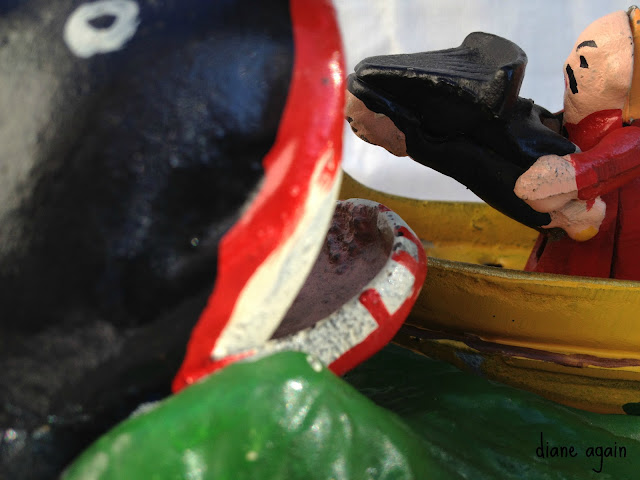 Who knew that today was the day for a cast iron mechanical coin bank of Jonah being fed to a whale to enter my life.

I never would have called that in a million years. But that's exactly what happened.

Found this gem at Value Village. There is a little dude wearing red robes in a yellow boat who is just about to toss his friend into the open jaws of a humongous black whale that is leaping up out of the green waves. Quite a concise and dramatic re-enactment of the story of Jonah and the whale, indeed; a story known to Christians, Jews and Muslims alike. Plus it's heavy as a cannonball too.

But this is more than just a sculpture or a shot put. Place a coin on the little black platform that is attached to Jonah's back, and push the metal lever on the side of the box. Suddenly, the man in the boat jerks to his left, and the coin shoots off poor Jonah and into the whale's gaping mouth. Just to add a realistic and slightly horrific touch, the creature's jaws move up and down too.

This mechanical storytelling bank is colorful and clever, ingeniously designed and more than a little bit creepy. Really, I have no words to describe how this creation fascinates me. But I'm very glad that it fell into my life today.
Posted by Diane Streicher @ Diane Again at 2:41 AM