This World Wide Web is so loaded down with recipe sites, cooking blogs and photos of deliciousness that a good stiff wind could knock it right over.  And that is really great - I'm glad the foodies can feed their appetites for new ideas and tasty inspiration.

But all that passion and expertise creates quite a barrier for the cooking novice. It's hard to feel competent in the kitchen when you can barely operate the toaster and everyone else seems to be sautéing and flambéing their hearts out.

So this post {the first of a series} is dedicated to the reluctant chefs of this world. We shall begin at the very beginning and show you how easy it is to make interesting, delicious, Pinterest-worthy meals.

And it will be fun. I promise.

So let's start out by gathering a few basic supplies. No forty-item checklists here...I want you to buy just three simple items for your pantry:

Extra Virgin Olive Oil - Don't worry about what the heck "Extra Virgin" might mean. Just know it's considered the most flavorful type of olive oil. That's why it's so expensive.

Sea Salt - Evaporated from saltwater rather than mined from the earth, gourmets believe that sea salt has a better taste and texture than common table salt.

Black Pepper - Once pepper is ground, it quickly loses its aroma and flavor. So either buy a pepper mill and keep it filled with peppercorns, or buy one of these disposable grinders. But whatever you do, don't buy the kind that is already ground.

Alright, now check your kitchen and make sure you have these basic tools:
If you don't have these things, buy them. You will use them forever.

Now let's talk about one of the most useful and versatile cooking devices ever invented:

I own two of these beautiful creations: the big one was a gift from my mother, given to me when I moved into my first college apartment. The smaller one was my husband's from before we were married. They are like gold to me. 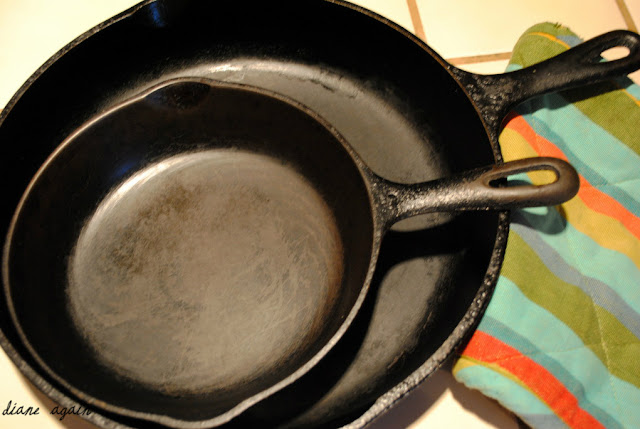 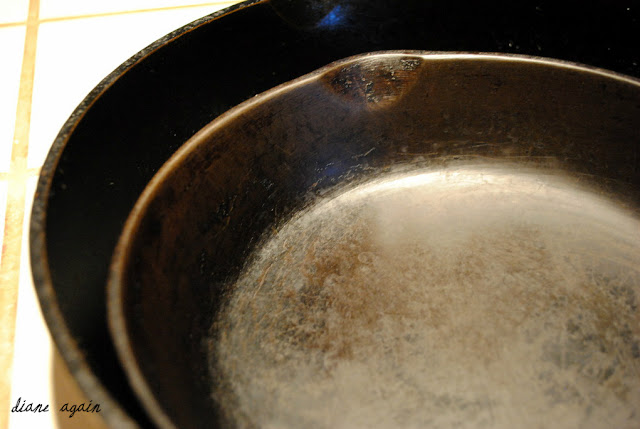 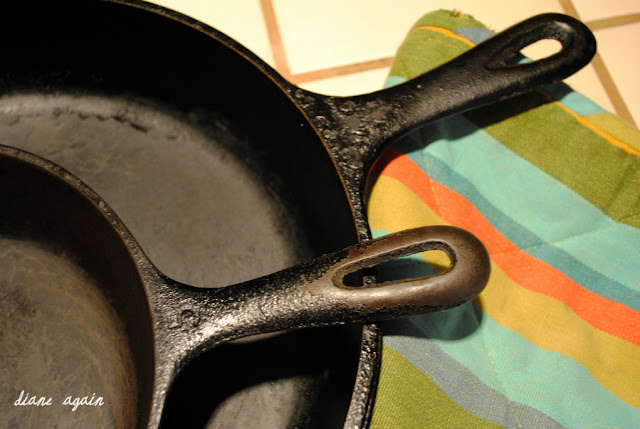 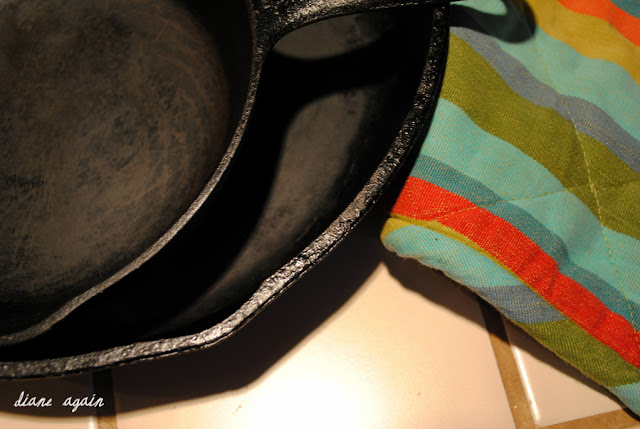 Here is why the cast iron skillet is so amazing.

It's inexpensive, durable and charmingly old school.
It not only lasts for decades but it actually gets better with age.
It can be used on the stove top, over the campfire and best of all, in the oven.
It heats quickly and evenly, and cooks like a gem.
Its surface is surprisingly stick-free.
It tolerates any kind of spoon or spatula, unlike its fussy Teflon cousins.
It cleans up like a dream - a little warm water and a quick scrub. No soap allowed.

Trust me, you want one of these. You could use it to cook dinner every night for the rest of your life and never get bored. So go, right now and buy one. Target has a nice big one for less than twenty bucks.


{Most cast iron skillets require a tedious process called 'seasoning' before they can be used. The Target pans come 'pre-seasoned,' meaning you can ignore this whole concept and get right to cooking. Amen.}

You also need a basic pan with a lid.  Like this. 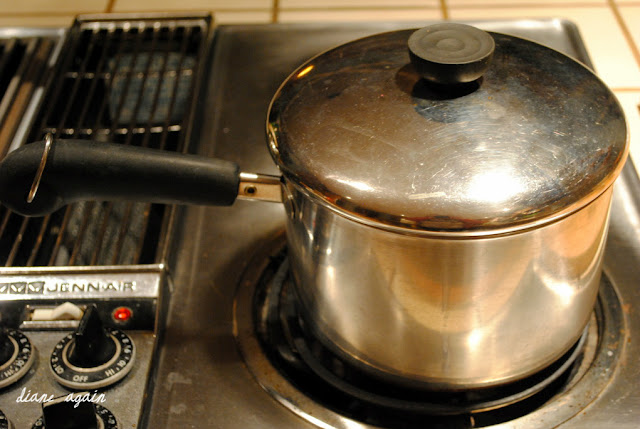 Gather up those supplies and we will put them to use next time when we prepare this sumptuous feast: 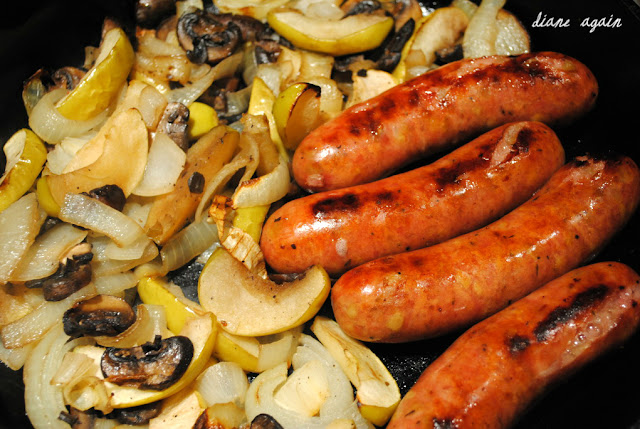 Are you a reluctant chef, an eager foodie, or something in between?

Posted by Diane Streicher @ Diane Again at 1:59 AM