My Thoughts On Election Day

Whenever I think about our American presidents, as I do on this Election Day,  I think of Thomas Jefferson.

I am obsessed with Thomas Jefferson.

Founder of the University of Virginia and sender of Lewis and Clark on their famous expedition.

A devoted Christian though he avoided organized religion
And a prolific letter writer.

I can find endless reasons to be fascinated with Mr. Jefferson and admire him greatly. 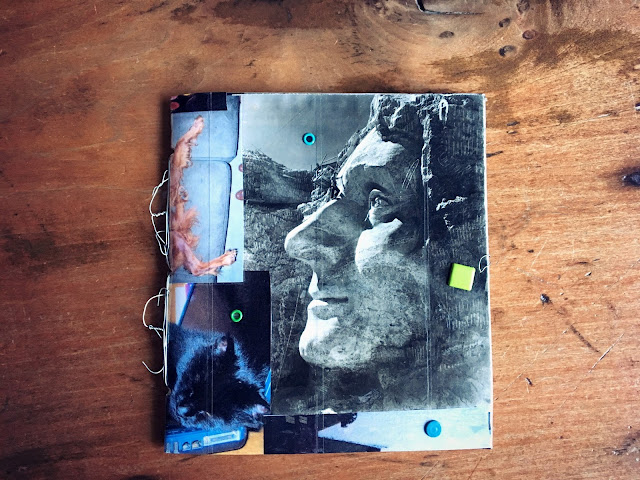 When my fourth-born was in high school, she gave me this handmade blank book for Christmas. In an effort to make me happy, she decorated the front cover with a photo of Thomas Jefferson's face at Mount Rushmore, and Ranger's furry legs hanging off the couch. Smart girl.


But  this incredible list of accomplishments must be balanced against one somber truth:

In this regard, he was a man of his times. Around the turn of the nineteenth century, slaves worked the fields of most Virginia plantations, and Jefferson's land was no different. Historians have yet to lock down Jefferson's deepest values on the subject - some say he was opposed to slavery all his life; others say he gradually came to that position. But undeniably, Thomas Jeffersn owned many slaves.

And what of his late-in-life relationship with Sally Heming? It's widely debated that after his dear wife died, Jefferson loved and lived with one of his slaves, fathering her children and enjoying her company until his passing. Does that fondness for a multiracial woman make his reputation better or worse? 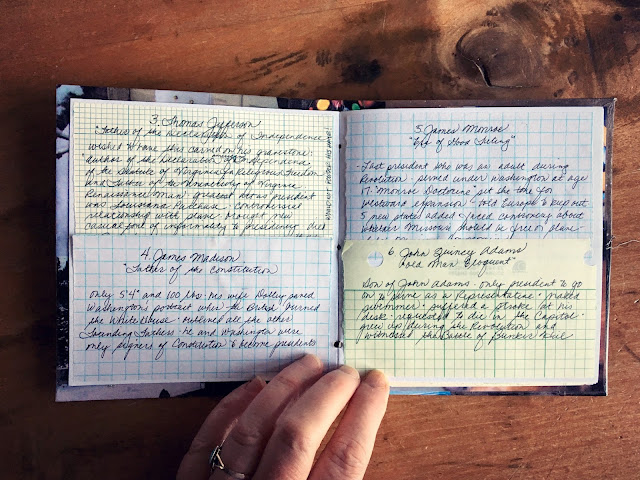 I filled the empty pages of the book with my favorite bits about each of our nation's presidents.
And now it is a treasure.


As my mind runs in circles on these issues, one ideal rings clear and true:

Presidents should be held to the highest standards.

We must insist upon ideals and behaviors worthy of the office.
We must demand their honor and integrity.

But at the same time, we must never lose sight of the fact that our presidents are human beings.

And in that spirit of expectation and grace, I eagerly await the results of our vote.


As I prepare to vote in the hotly contested 2016 presidential election, I find myself reflecting on the moments and milestones of my life that have shaped me as an American citizen and contributed to my worldview today.