Growing up, my inner circle of adults rarely discussed politics. Occasionally,  I would catch snippets of opinions in passing conversations - George Wallace was a raging racist and LBJ was running the country into the ground. But even at family gatherings and holiday meal tables, that was as far as it went.

By contrast, the larger world around me was full of  political voices. One of the key takeaways of my childhood and adolescent years was on the importance of speaking out.

Speak out.  The Vietnam War deeply affected the first fifteen years of my life. On our weekly trips to Ann Arbor, we often drove in and around the University of Michigan campus and my child's eyes saw firsthand the passion of college students protesting the war. Groups gathered around granite porticoes, handmade placards waving in the air, a young man with a bullhorn leading chants. I saw these protests not as special events but a regular part of university life and I was struck by the commitment of the students who made their voices heard. I wanted to be like them when I grew up.

Speak out. Good men were killed during my childhood. JFK, Martin Luther King Jr., Bobby Kennedy: all were shot down in cold blood for their political vision, their ideals, their words. But as confused and upset as I was by their assassinations, I understood that they would have never backed down. Good leaders speak out for justice and truth, no matter what they cost. That was these heroes' legacy to me. 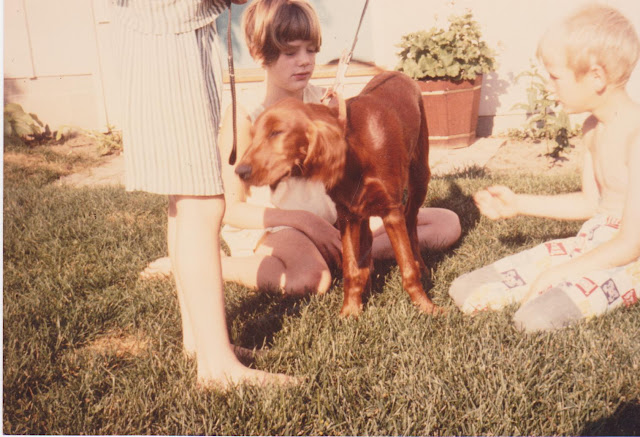 These were not the pajamas I was wearing at my windows in 1967. But they were much the same, hand sewn by my mom.

Speak out. During the 1967 race riots in Detroit, I was barely tall enough to see out my bedroom windows. But on those nights, after I had been tucked into bed, I would slip to my window where I could see on the distant horizon, some forty miles away, the golden glow of inner city flames. I knew that black people had set those fires because they were frustrated by unfair treatment, but I also understood the difference between speaking out and acting out. Even my childish mind knew that no good could come from anger-fueled destruction, and the lesson learned as I stood in my yellow seersucker baby doll pajamas made a deep and lasting impression.

Speak out. I was too young for the Woodstock generation but my youth was colored by musicians expressing political opinions through their art. Most impressionable for me was the band Chicago whose early albums burst with passions regarding the war, the environment, and the scandalous presidency of Richard Nixon. My mind was transformed not just by their opinions but the boldness and clarity with which they expressed themselves. For my high school government class, I wrote an essay about how Chicago's critical messages had awakened and informed my own political thinking, and my teacher was impressed. He gave me top marks and encouraged me to keep speaking out.

And so I do. In my own way, in my own time, on issues that matter to me, I do my best to express my opinions thoughtfully, respectfully but with unapologetic boldness. And I encourage everyone around me to do the same. I believe all Americans should.