Teaching My Own: Finishing Strong 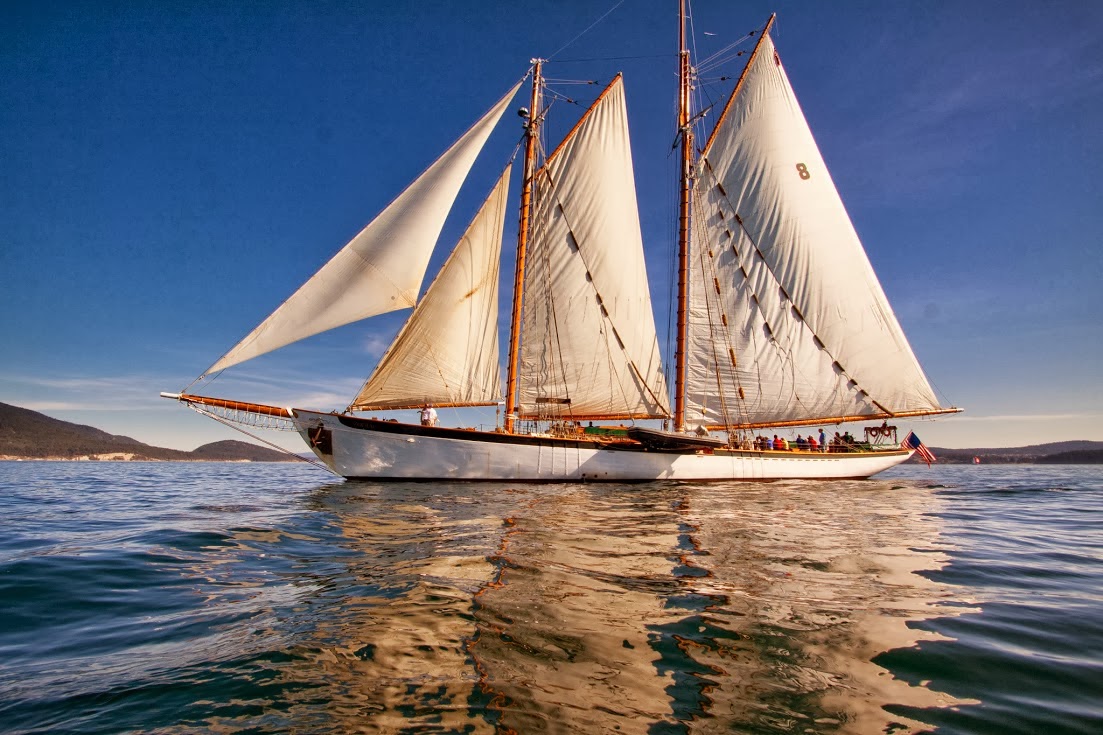 ^ Although my girls went to college for high school, they still took part in some non-curricular fun at our school-for-homeschoolers. One of the highlights of their year was the annual three-day nautical adventure on this lovely old girl, the historic schooner Zodiac.

When I dreamed about the high school experience I wanted for my four homeschooled daughters, I had some very specific ideas:
The answer, it turned out, was to not send them to high school at all.

Instead, I enrolled my sixteen-year-old daughters, each in her own turn, in college. 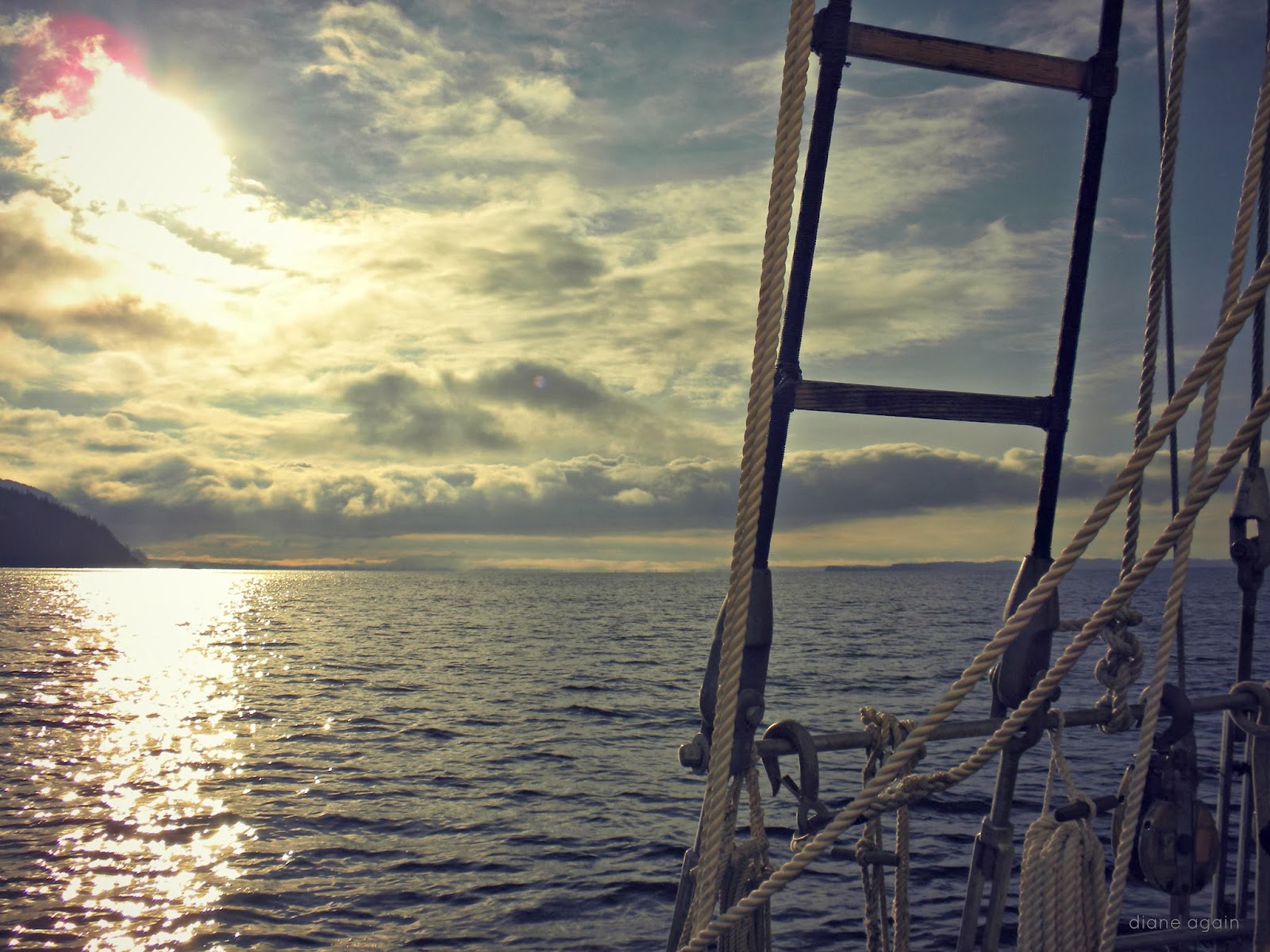 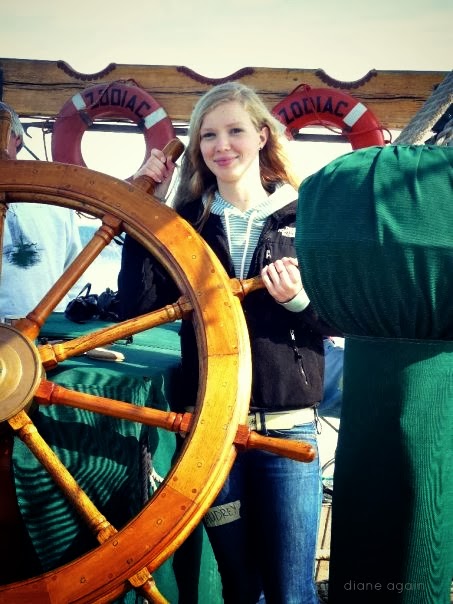 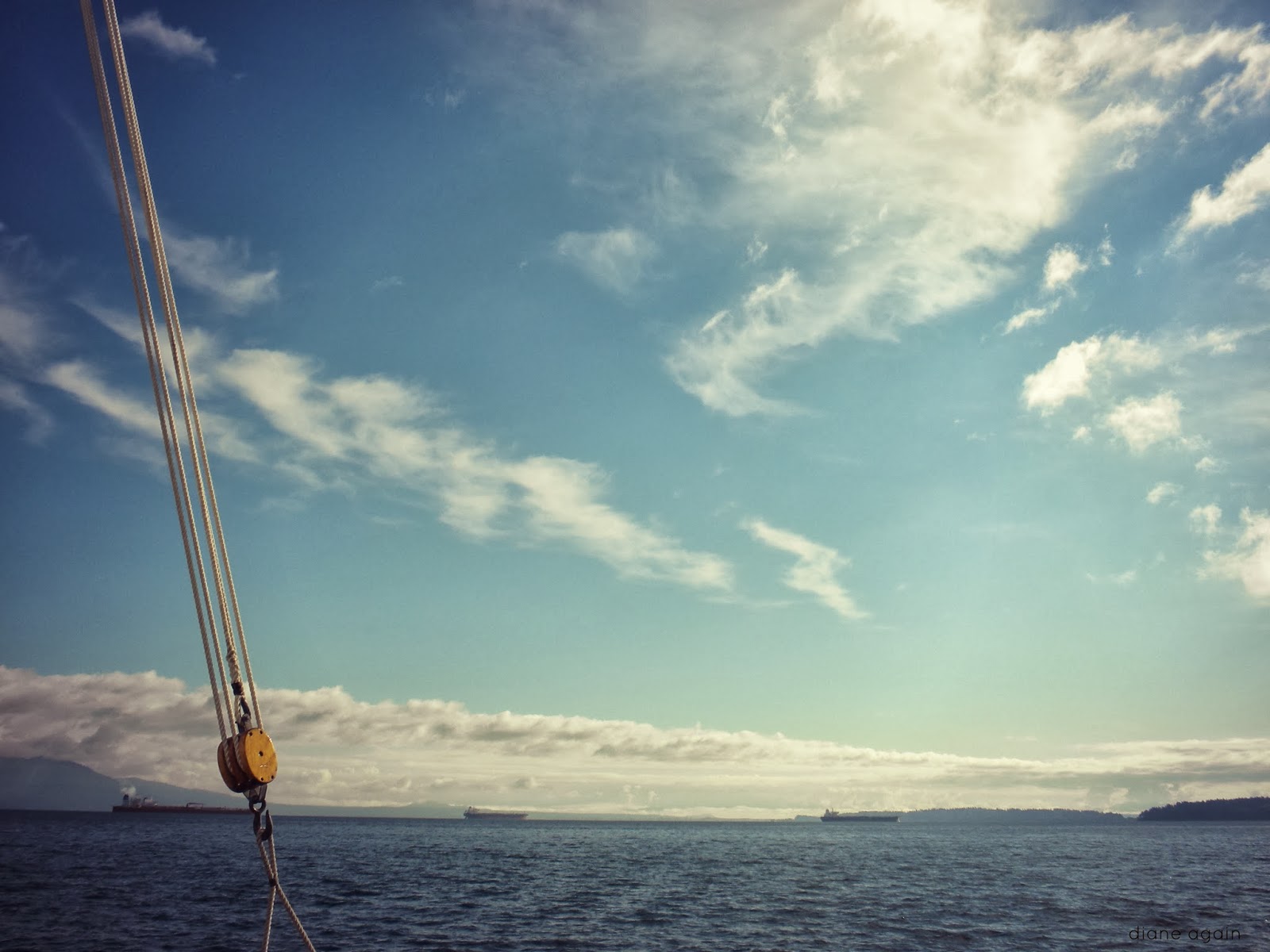 ^ Once a year, about twenty-four high schools students from our program, along with a handful of teachers and chaperones, would head off on the Zodiac with a captain and a skeleton crew of veteran sailors, to ply the beautiful waters of north Puget Sound. Under the supervision of the deck authorities, the kids did the actual work of running the ship - hoisting sails, coiling ropes, tying knots,  manning the helm, keeping watch and generally doing whatever they were told.


Community college, to be exact. Edmonds Community College, just eight miles from home, was the perfect place for my middle-teens to learn and grow in those pivotal years between adolescence and emerging adulthood.

Here's why this strategy worked so well for my family:

My daughters were ready for something new.
Homeschooled since birth, and long-time members of our school-for-homeschoolers program, it was time for my girls to spread their wings and try a new adventure. I wanted them to have a chance to learn the ropes at an unfamiliar school so that two years hence, when they headed off to university, they would feel comfortable finding their way around a new place. 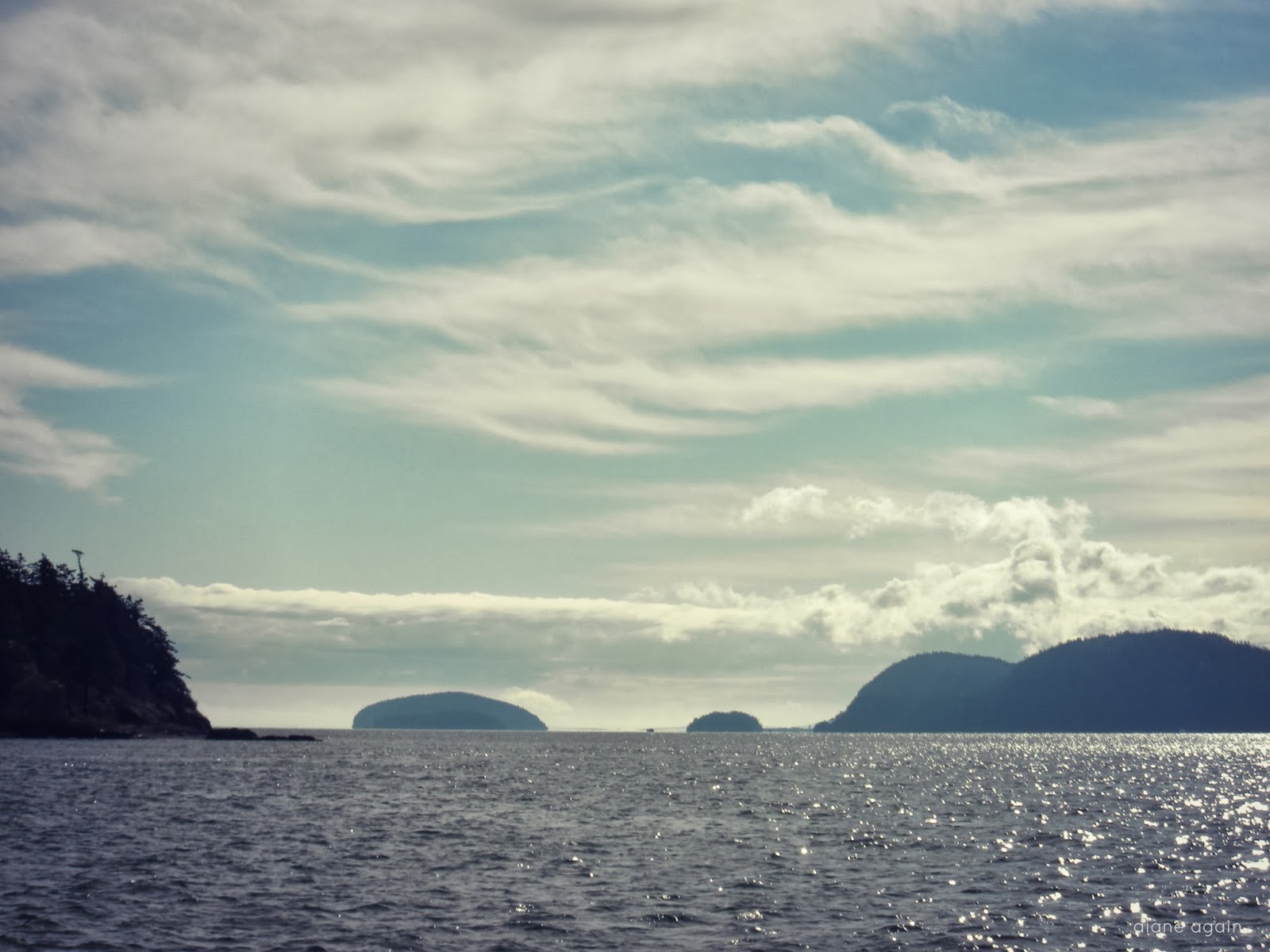 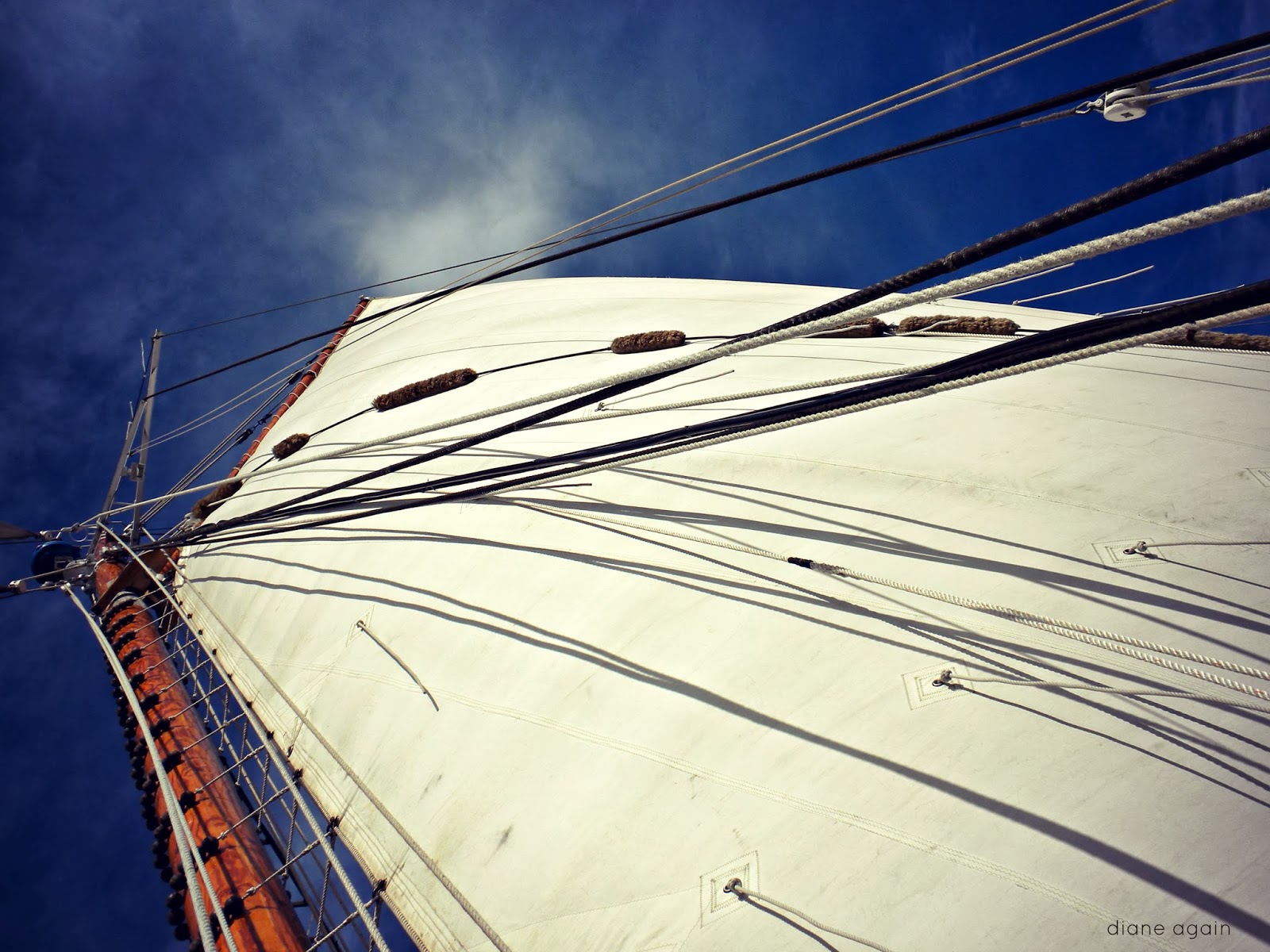 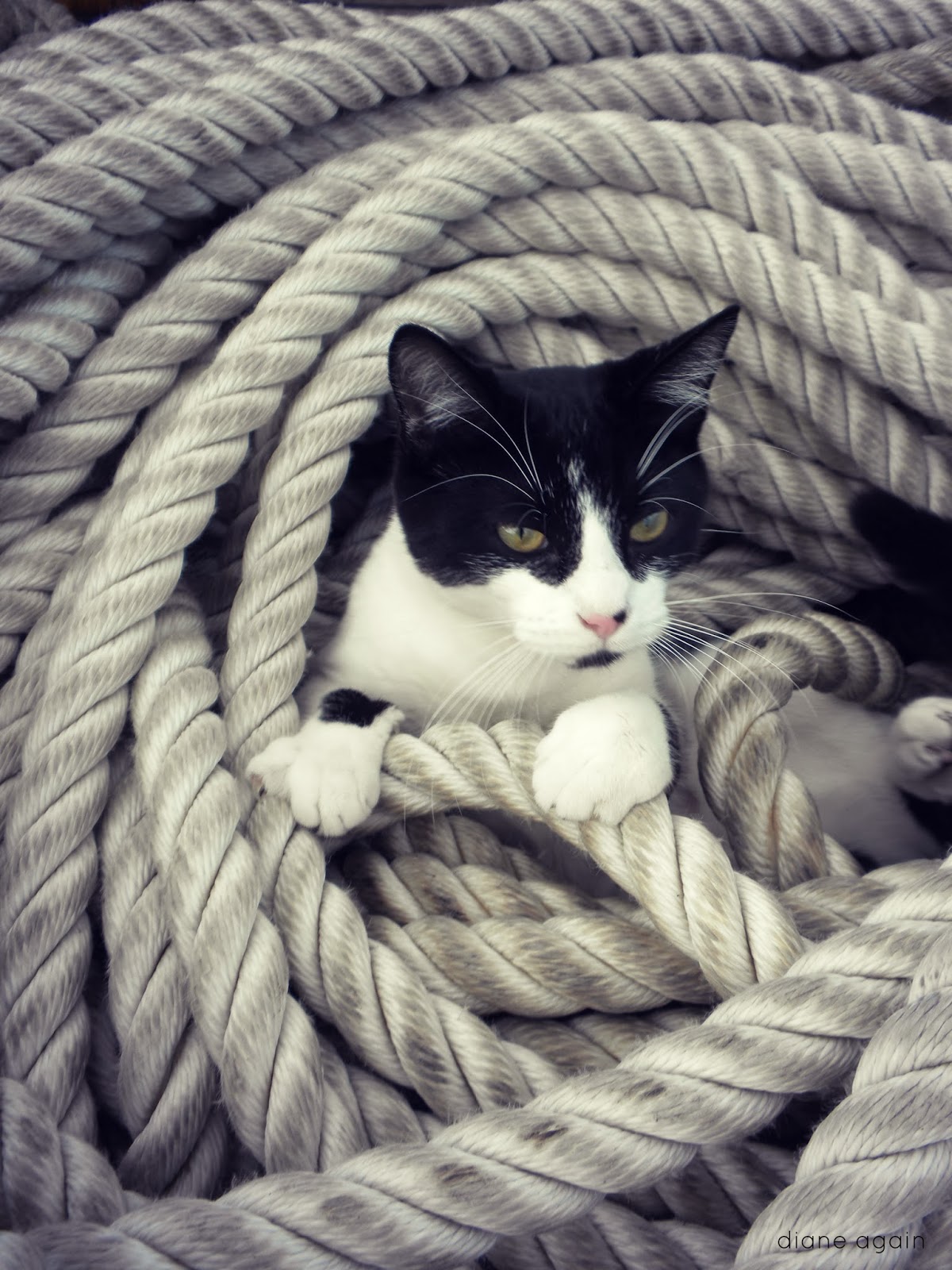 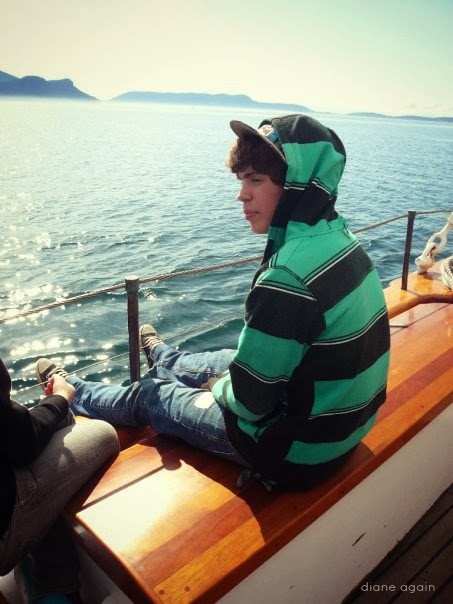 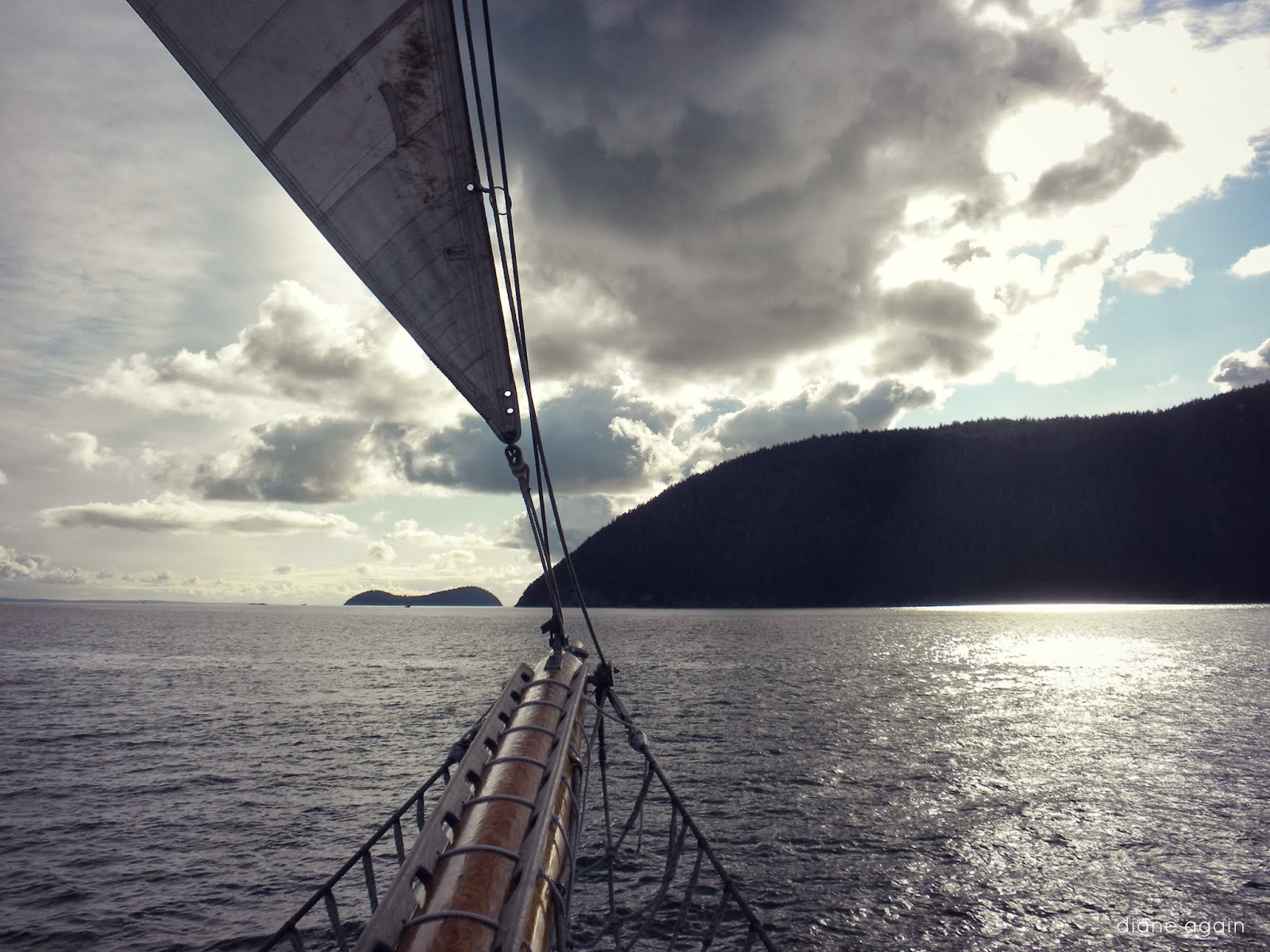 ^ It takes a lot of hard work to sail a ship of this size, and the captain tolerated absolutely no nonsense. It was a great pleasure to see our kids rise to his expectations and learn to crew together as a smooth, efficient team.

Community colleges have a lot to offer.
Challenging coursework, a wide variety of subjects, accomplished faculty - a community college has a lot more to offer, in both breadth and depth, than the typical traditional high school or normal homeschooling family can cook up. Although each one had a pretty clear idea about where her passions lay, I wanted my girls to use these last years of her primary education as an adventure for exploring whatever was most interesting to her. And if she could knock off some of the general ed requirements that her future university would most likely require, all the better.

Independence is best tested sooner than later.
Teenagers need to test themselves against the world and my daughters were ready for some new freedoms. Riding a public bus to campus, dealing with academic advisers and online registration systems, holding their own in college classes, and doing it all without their previously ever-present siblings and mommy in sight - my college-bound kids faced some big-time growing edges. But they were not alone; in our homeschooling social network, most of the kids followed this same path, so my girls' friends and peer group were all on hand to help each other through. 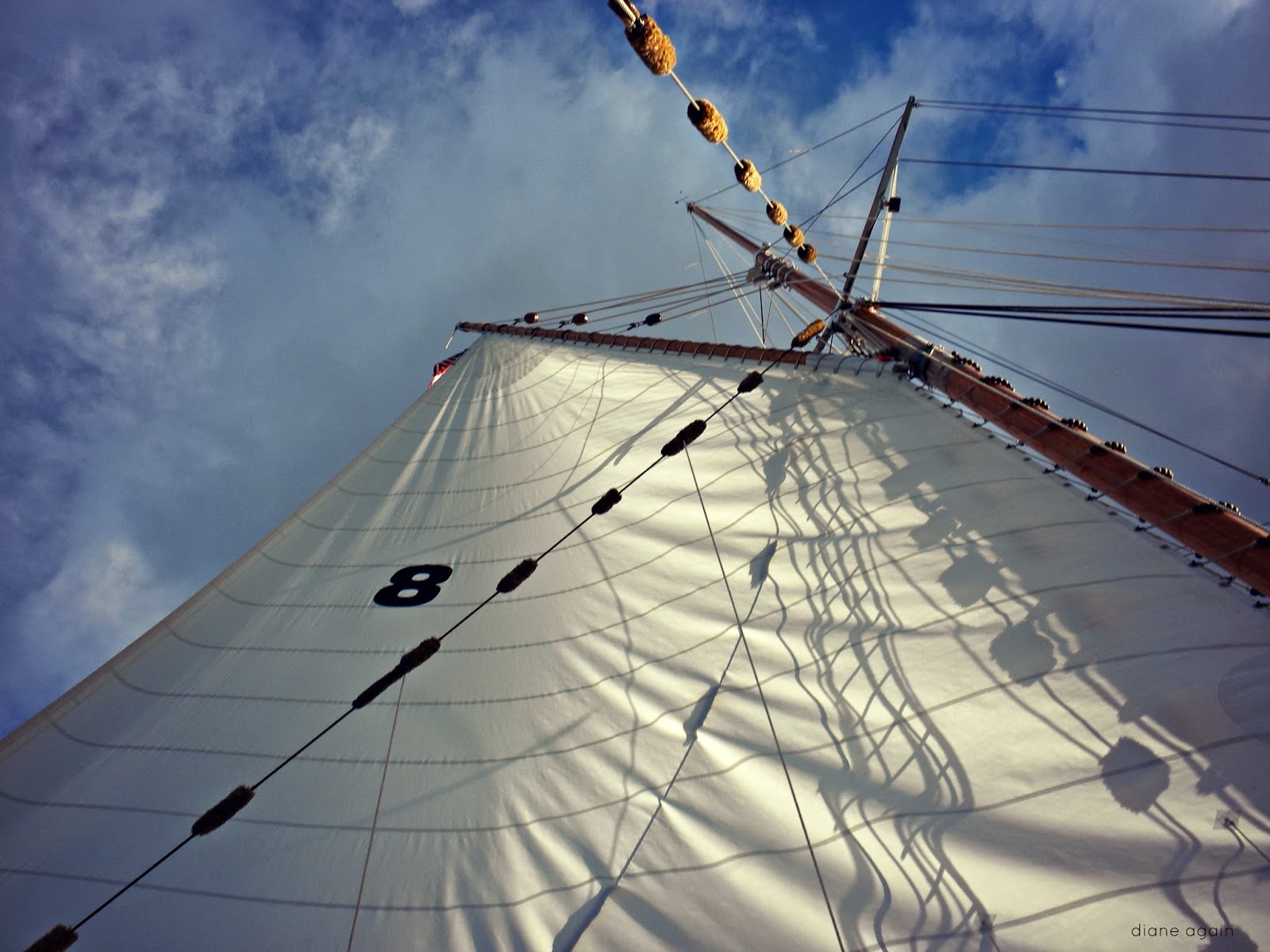 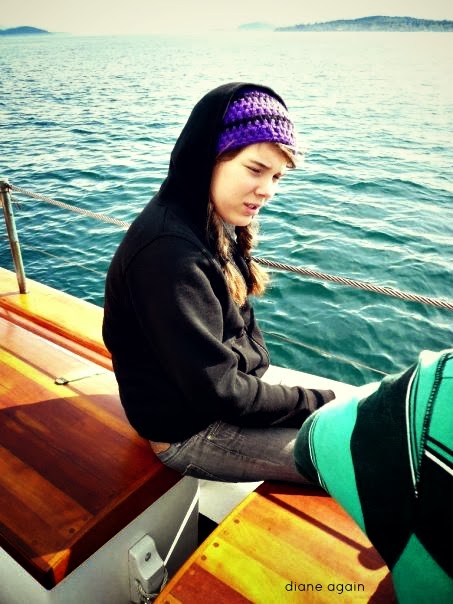 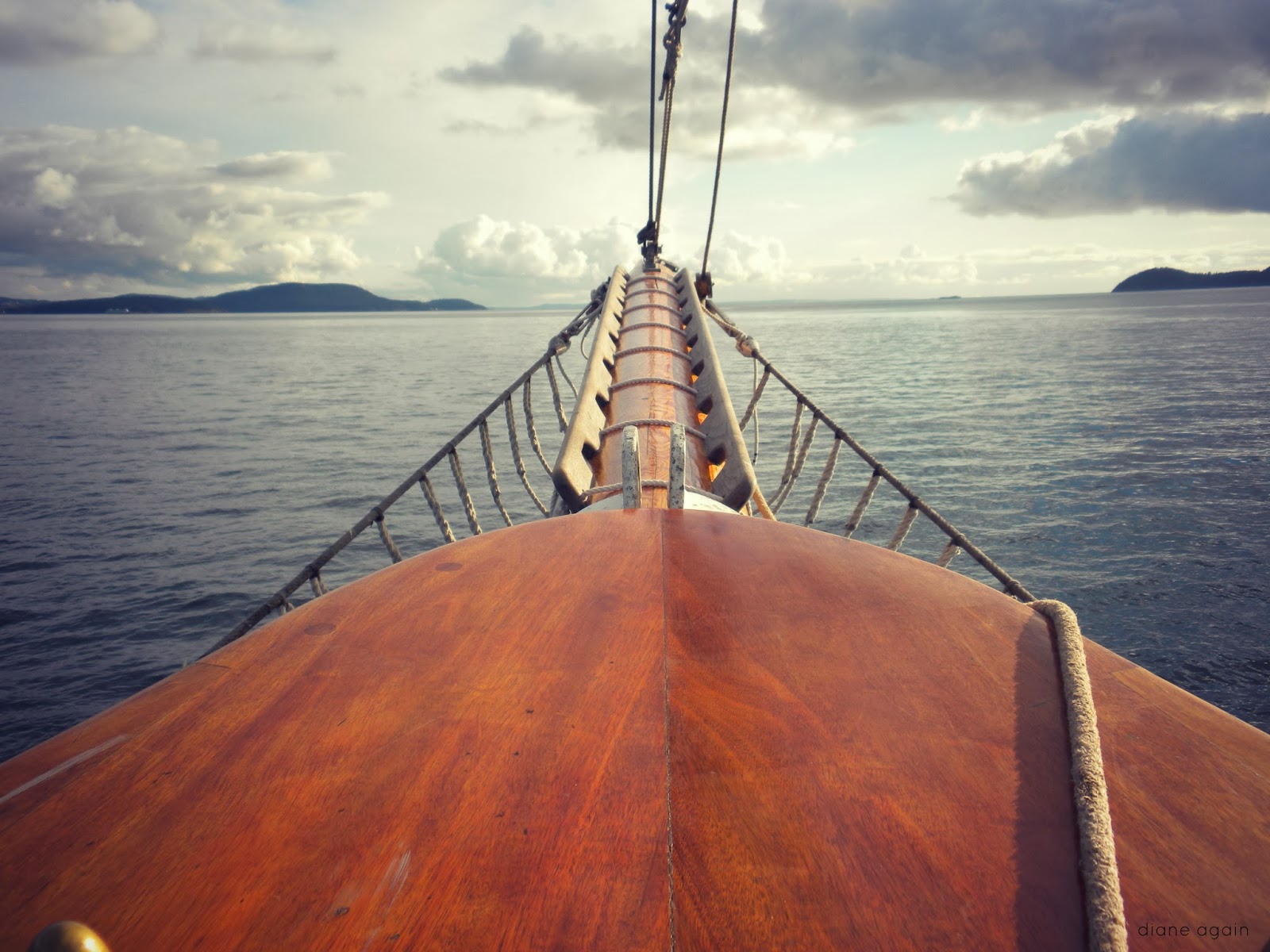 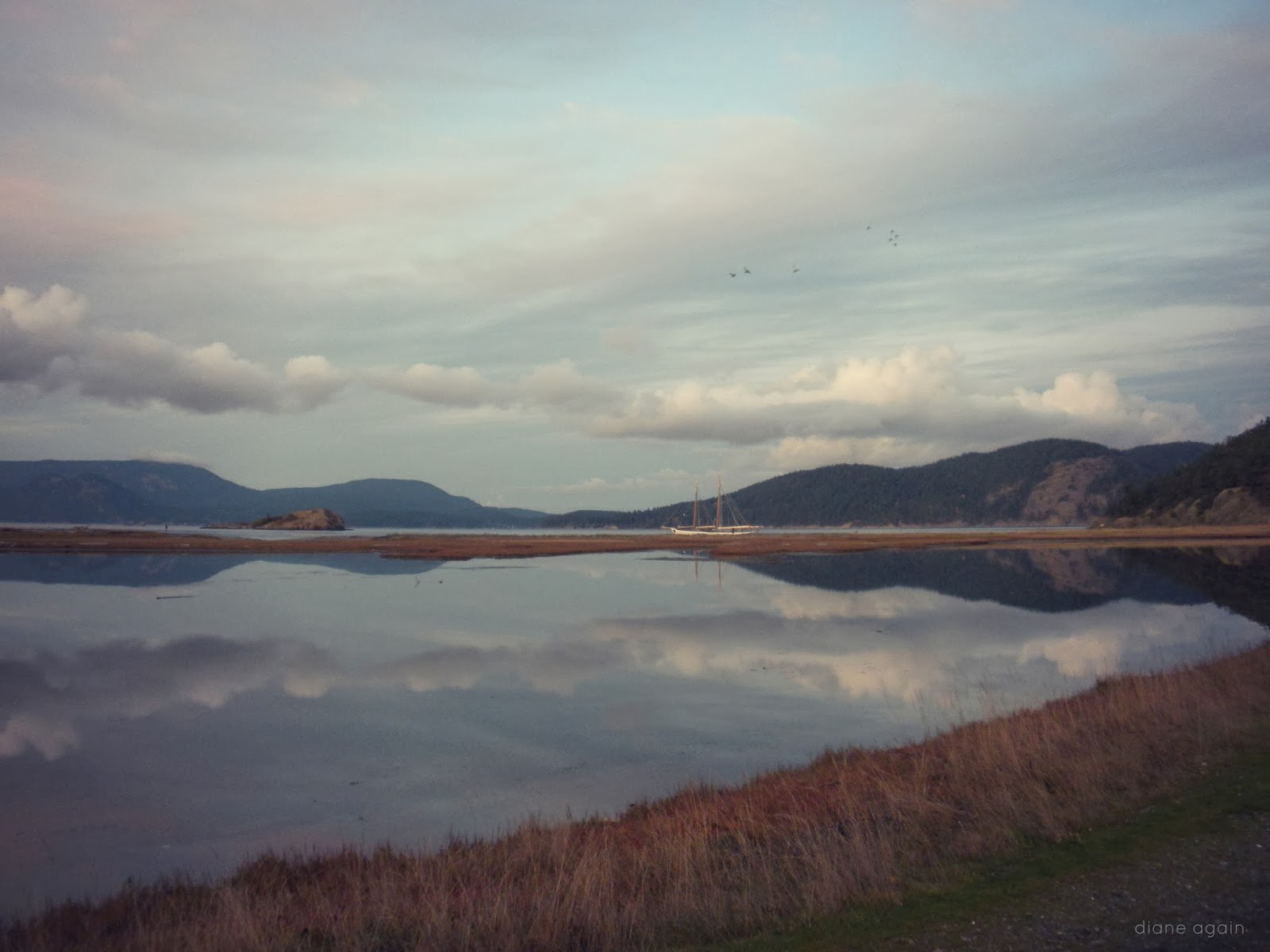 ^ As the ship wove its way among the picturesque San Juan Islands, the kids had time to roam around the vessel, try their hands at all the different sailing and navigation tasks, and eat plenty of delicious food cooked up by the on-board kitchen crew. There were also several planned stops (and an occasional surprise) at the different islands, where the kids could offload in kayaks to stretch their legs and explore the wild landscape.

Gradual transitions ease change.
By their mid-teens, my daughters were ready to take charge of their own educations, and I knew it was time to hand over the reins. Granted, our dance as parent and student had always been evolving from my control to theirs, over the course of the years. But the move to community college was a big jump in the order of things, and a healthy one at that. The girls were ready to step out from under my wings, and honestly, I gained a lot by letting them go, one step at a time. Two years later, when each of them left home for university life, we were well prepared for the emotional and logistical separation.

As it turned out, during their time at community college, each of my daughters earned an Associates degree, which transferred two years of credits earned to the university of their choice, and gave them a big head start on their four-year degrees. That accomplishment gave the girls a huge shot of self-confidence.

And thanks to a program here in Washington called Running Start, most of the girls' community college classes were tuition-free, providing much-needed financial relief to our one-income family.

But even without the degrees and the free tuition, my daughters' experience of attending community college during their high school years was absolutely the best decision we could have made for that transitional and highly complex stage of life.

It was the perfect capstone to our long and rewarding journey as a homeschooling family. 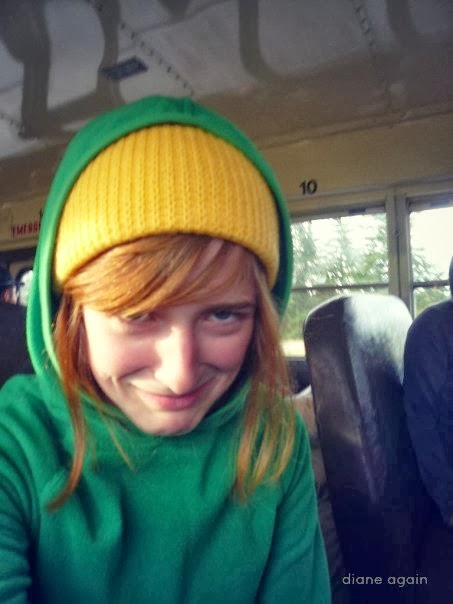 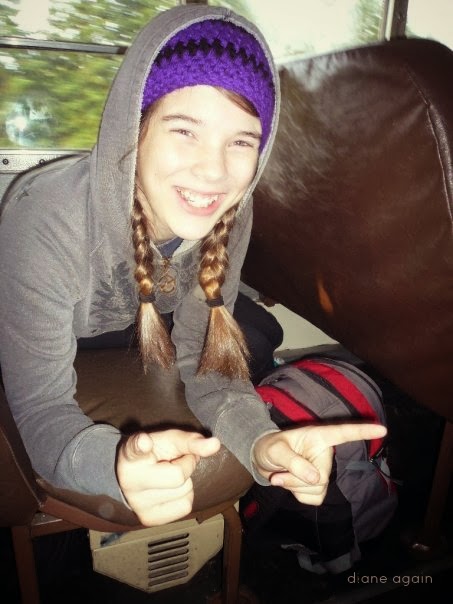 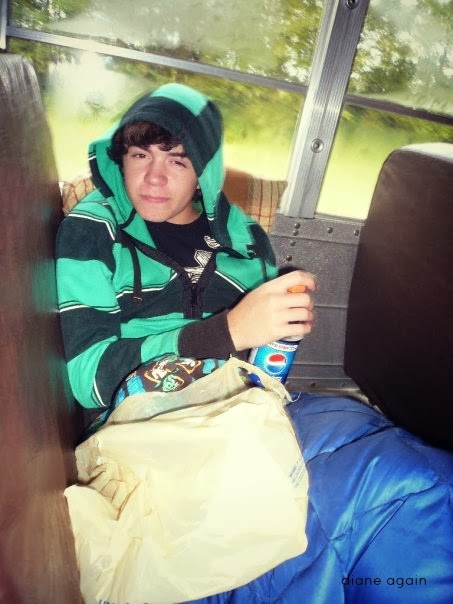 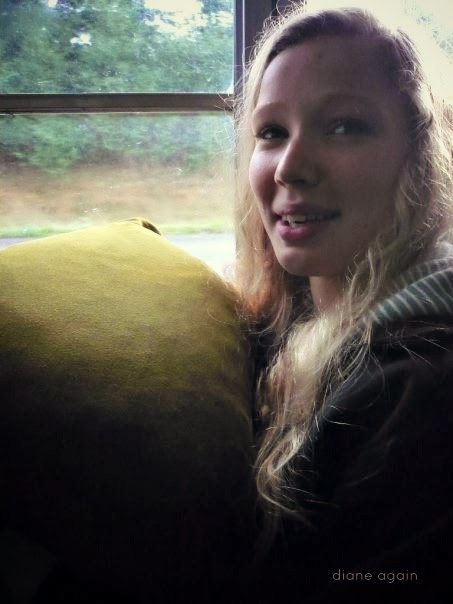 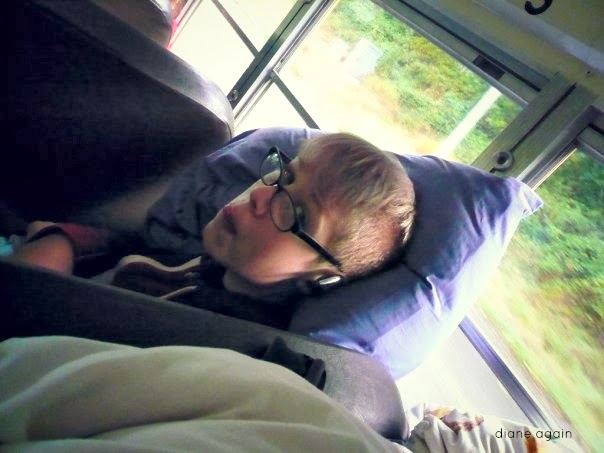 ^ And the hour-long bus ride from port back to town was also a satisfying ending to a long, hard-working, bone-chilling adventure on the high seas.